Upstate, Midlands, Lowcounty & Pee Dee – what does it mean?

Have you heard of Upstate, Midlands, Lowcountry & Pee Dee?

They are regions in South Carolina.

The Upstate borders the Blue Ridge Mountains. It is also known as the Upcountry.

The Midlands are just that – they are in the middle of the state. It is between the Upstate and Lowcountry.

The Lowcountry is made of the southern counties of the state. The main geographic features are coastline, marshes, swamps and forests.

The Pee Dee is in the northeastern part of the state. It was named after the Pee Dee Native American tribe. 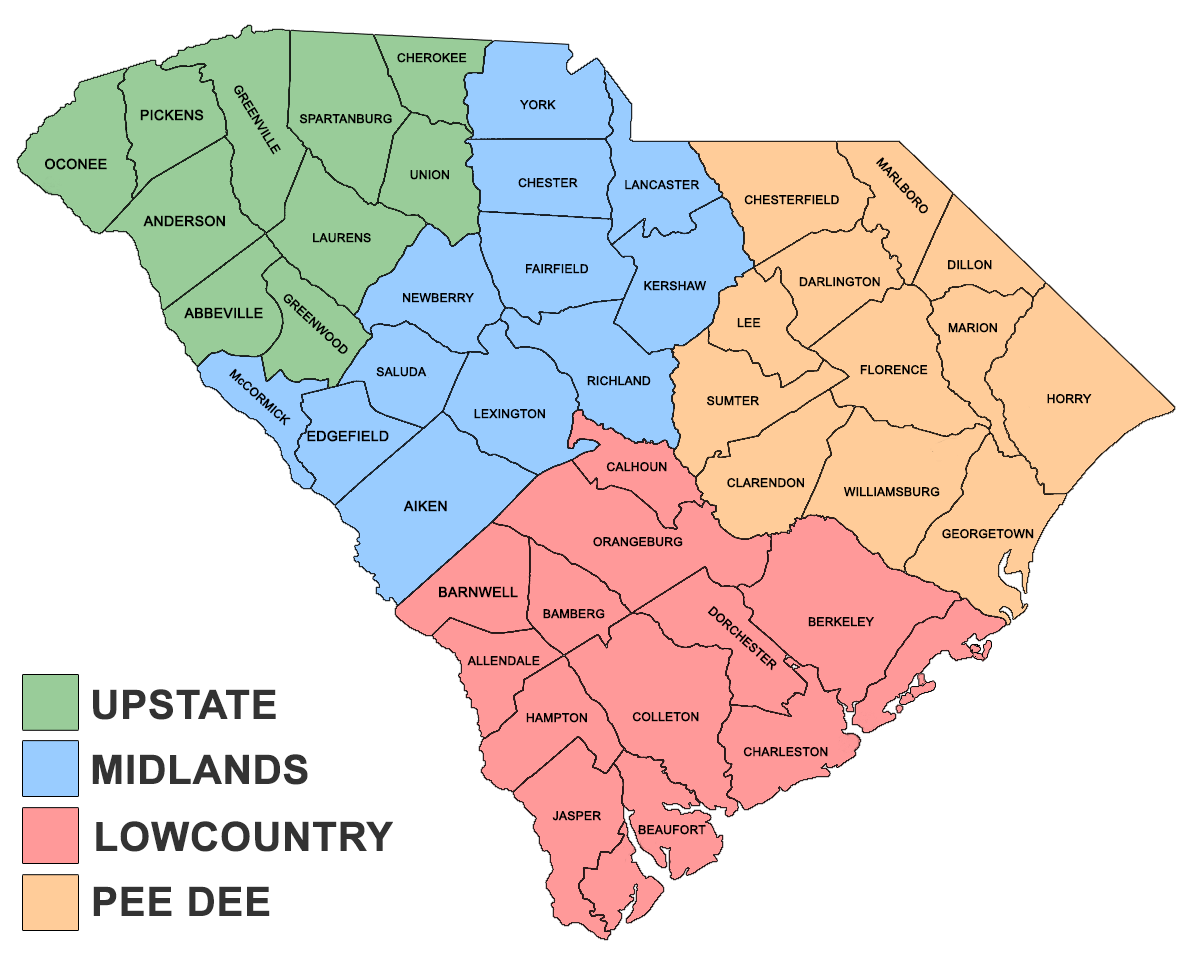