Paula Payton remembers hanging out at West Pelzer Town Hall as a child when her grandfather, Johnny Gaines, was mayor. But it wasn’t the elected officials that made the biggest impression on her, rather the town clerk, Carolyn LaBoone.

“I admired my grandfather in his role as mayor and found it interesting, but the role that really grabbed my attention was Carolyn LaBoone who was the town clerk,” Payton said. “Everybody looked to Carolyn for the answers. She was always professional, knowledgeable and humble.”

Today, it’s Payton that the mayor, council, townspeople and her fellow municipal clerks seek out for answers and advice. 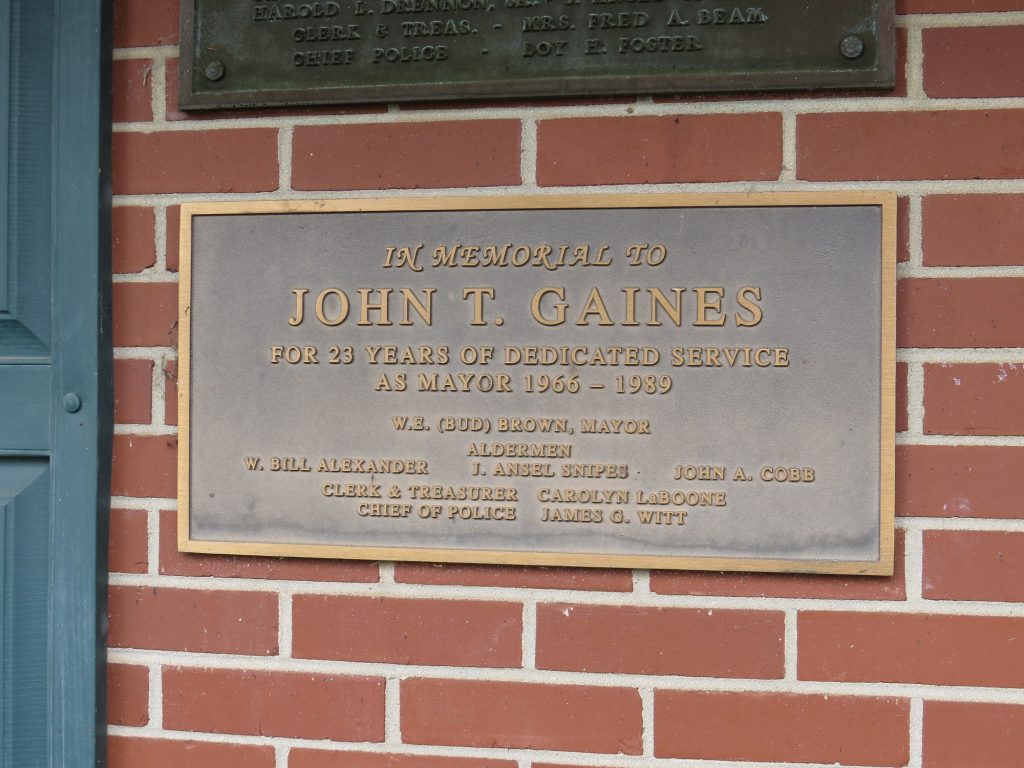 This plaque at old town hall in West Pelzer includes the names of Johnny Gaines and Carolyn LaBoone. 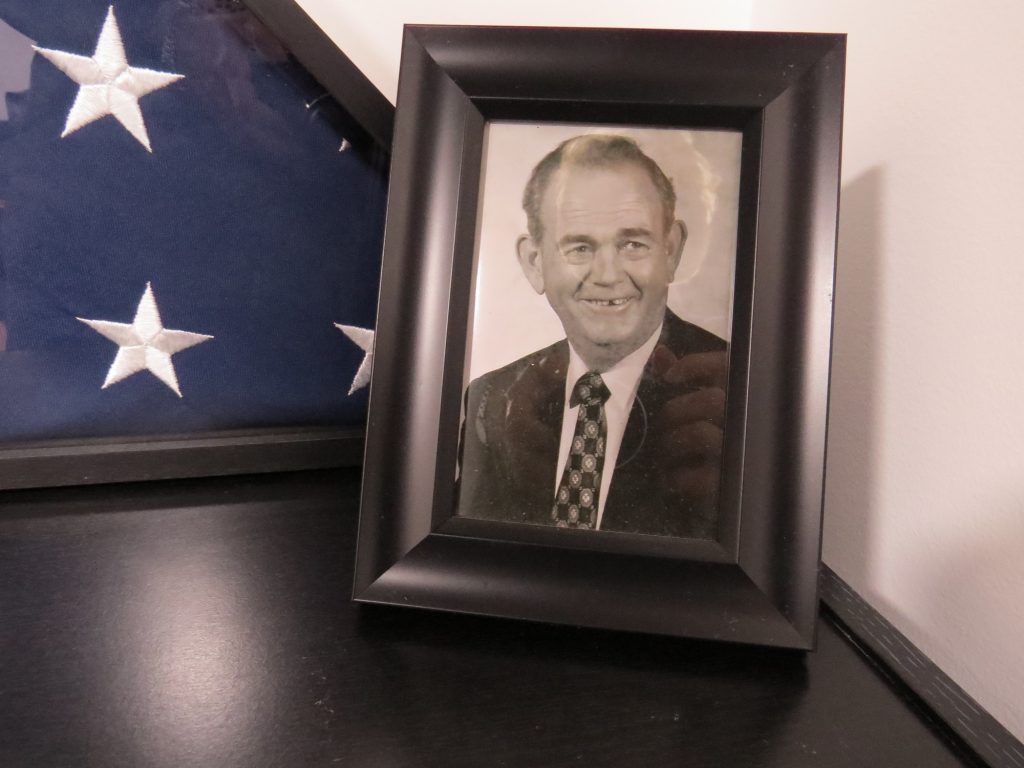 Payton keeps a photo of her grandfather, former West Pelzer Mayor Johnny Gaines, in her office.

Payton has served as West Pelzer’s municipal clerk for 14 years and recently earned her Master Municipal Clerk designation from the International Institute of Municipal Clerks – one of only eight town clerks in South Carolina’s 271 municipalities to do so and just over 1,300 nationwide.

Payton, who describes herself as someone who ‘always wants to do one more thing,’ says she has no plan to use her MMC designation anywhere else other than in West Pelzer.

“I’ll be here until I retire unless the mayor and council have other plans,” the West Pelzer native said. “I’m rooted here. A lot of people like to say, ‘oh, you’re stuck.’ I’m not stuck in West Pelzer. I choose to be in West Pelzer.”

In most municipalities, while elected officials come and go, the town clerk is the constant. So constant, in fact, that Payton was 29 years old before the West Pelzer Town Clerk position became available. In the meantime, she made a career in the furniture industry, working for and then buying Tolley Furniture in Williamston, then going to work for Ashley Furniture in Greenville and Anderson after closing her business.

But in September 2007, after three months of public discussion, Payton landed her dream job when then Mayor Peggy Paxton and the West Pelzer Town Council appointed her the town’s clerk. 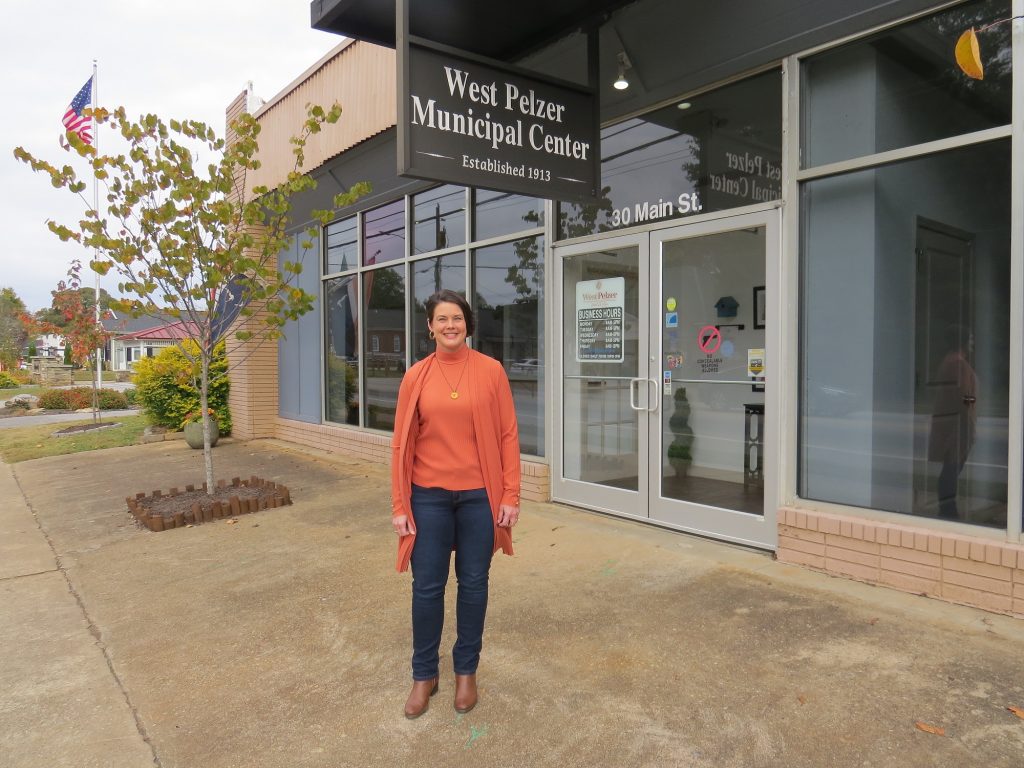 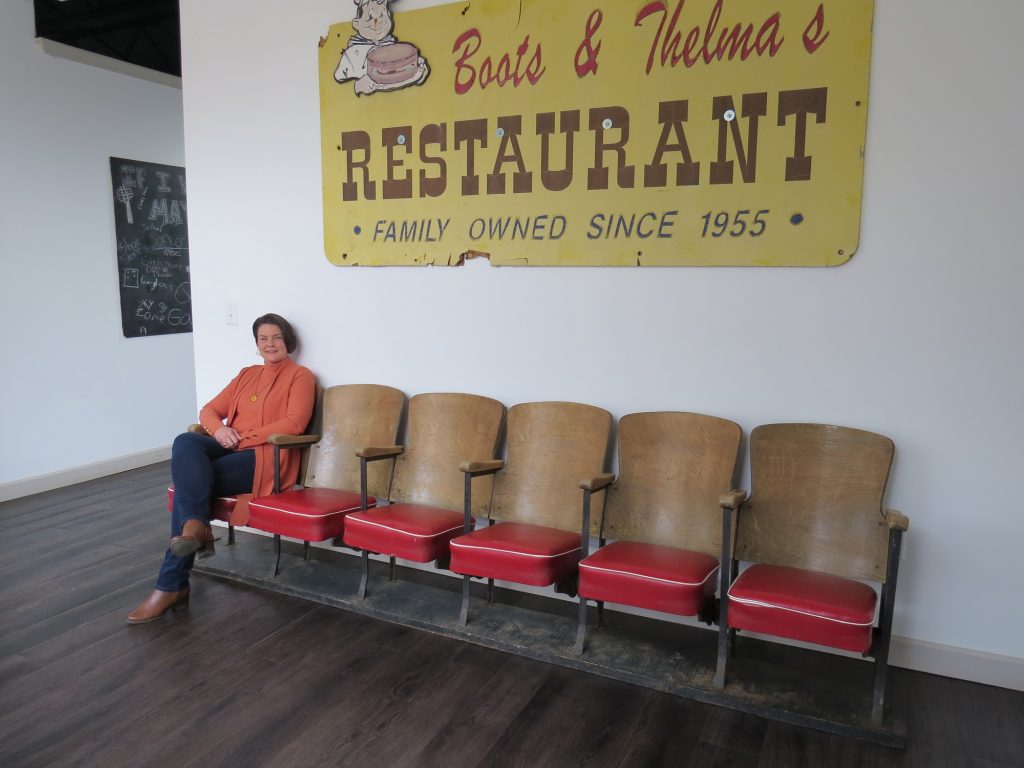 Payton in the seat her grandfather occupied when he was mayor.

Payton’s primary role is to serve the mayor and council – posting agendas, taking minutes and acting as a liaison between the town’s citizens, municipal staff and elected officials.

“But at the end of our ordinance it says, ‘and any other duties assigned by mayor and council,’ so that opens up a wide range of things,” Payton said.

The range of things widened dramatically when Blake Sanders became mayor and deemed Payton the town’s administrator, as well as town clerk. Now, accounting, payroll, collections and business licenses are included on her list of responsibilities.

For Sanders, naming Payton the town’s administrator was about eliminating duplication of efforts and reducing expenses.

“As mayor of one of the smaller municipalities in South Carolina, duties among all staff members historically overlap, occasionally leading to missed opportunities, duplication of efforts and increased expenses,” Sanders said. “Delegating town administrative duties (to Paula), in addition to her role as Municipal Clerk, allows us as a team to minimize duplication of efforts and missed opportunities. I am extremely proud of Paula’s leadership in the town, her recent certification as Master Municipal Clerk, and the value that she brings to the residents and businesses of the town. West Pelzer is indeed blessed and lucky to have her and we look forward to her continued growth in the many years to come.”

Payton knows that hers is an evolving role and she welcomes the challenge. For example, 25 percent growth in residential properties in West Pelzer over the past five years meant Payton had to learn more about building codes.

“A town clerk knows a little bit about a lot of stuff, and if we don’t know, we know who to call,” Payton said. “As your municipality grows and changes, you do the same.” 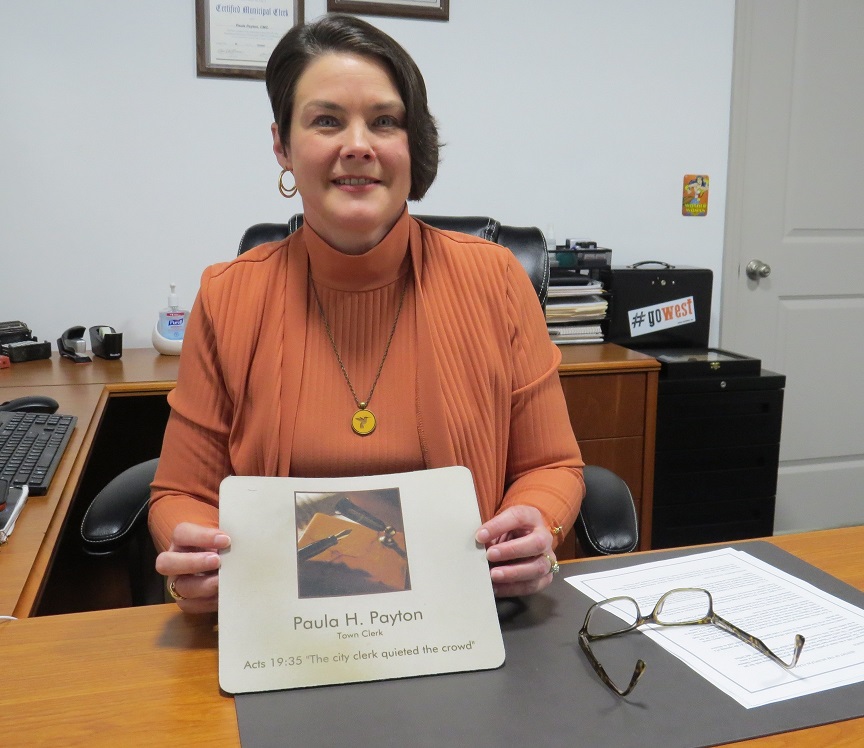 Payton in her office at West Pelzer Municipal Center.

Content to be behind the scenes, Payton considers herself the town’s story holder while Sanders serves as the visionary and storyteller.

She also finds inspiration in Acts 19:35, which is printed on the mouse pad in her office. It reads, ‘The city clerk quieted the crowd.’

“The city clerk is in the Bible, so we’re the real deal,” she said.