It was Christmas Eve 1913 when John Franks – unhappy with the way the founder of Pelzer Manufacturing Company was running the town – crossed the railroad tracks to start a town of his own.

You see, there were three things that Captain Ellison A. Smyth didn’t allow in Pelzer – alcohol, gambling and dogs. So, Franks surveyed the land and laid out a new municipality less than a quarter mile down the road. Originally called Frankville, this new Anderson County town was renamed West Pelzer in 1918.

“It wasn’t a way to look back at Pelzer and say we don’t want to be a part of you, rather to say we’re a different type of municipality,” says West Pelzer Mayor Blake Sanders. “We’re a municipality that is moving forward and while we continue to represent our past, it’s about the future and what’s next. That’s why we use the hashtag, #GoWest. We want you to go west and look for the future.”

Sanders will tell you that West Pelzer is the gateway to Anderson County, Clemson University and the Blue Ridge Mountains. But as a kid growing up just outside the town limits, he told his parents he would never live in West Pelzer.

After graduating from Clemson University, he worked in Atlanta, then lived and worked in Greenville. In 2007, while riding through West Pelzer on the way home from church, Sanders and his wife spotted a homeowner driving a ‘For Sale’ sign into the yard of a house along Main Street.

“I made a ridiculous offer that was accepted,” Sanders recalls. “The day we moved in, the mayor and the chief of police stopped by to say hello and welcome us to the city.”

In 2011, Sanders ran for city council and won. Then in 2015, he ran for mayor and at age 33, became the second youngest mayor in South Carolina.

“Being a landscape architect by trade and working in cities across the country, I started to realize that I needed to smoke what I sell,” said Sanders, the owner of Studio Main, a landscape architecture and planning firm based in West Pelzer. “If I’m going to travel across the country and talk about finance, bonding and how to make downtowns better, I should probably be doing it here, as well.”

A 2017 market study funded by a Hometown Economic Development Grant showed that West Pelzer could support one to two retail shops and one to two restaurants. The study helped secure Mill Town Place, a meat-and-three restaurant; Westy’s, an antique and home goods store; and The Lincoln Taproom, which is billed as a small, Southern taproom serving craft beers, fine wines and the coldest root beer around. 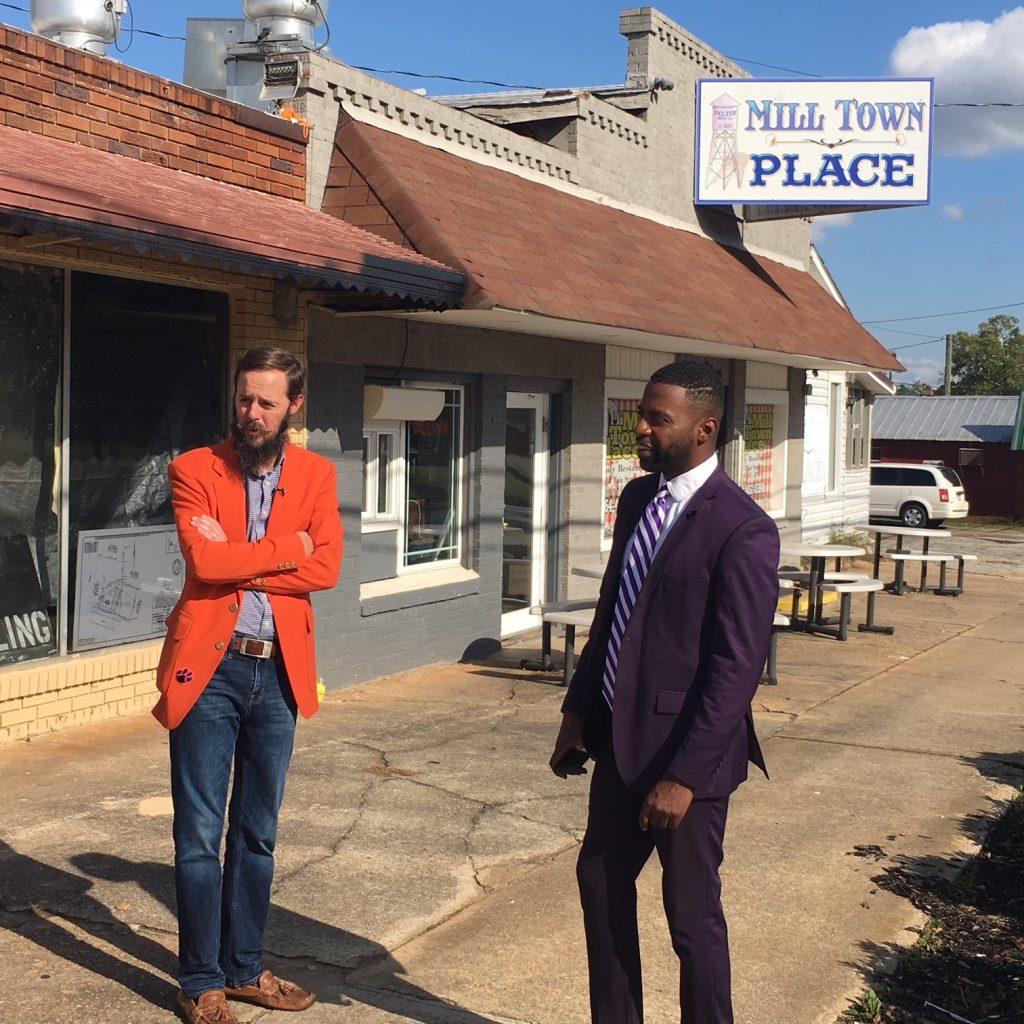 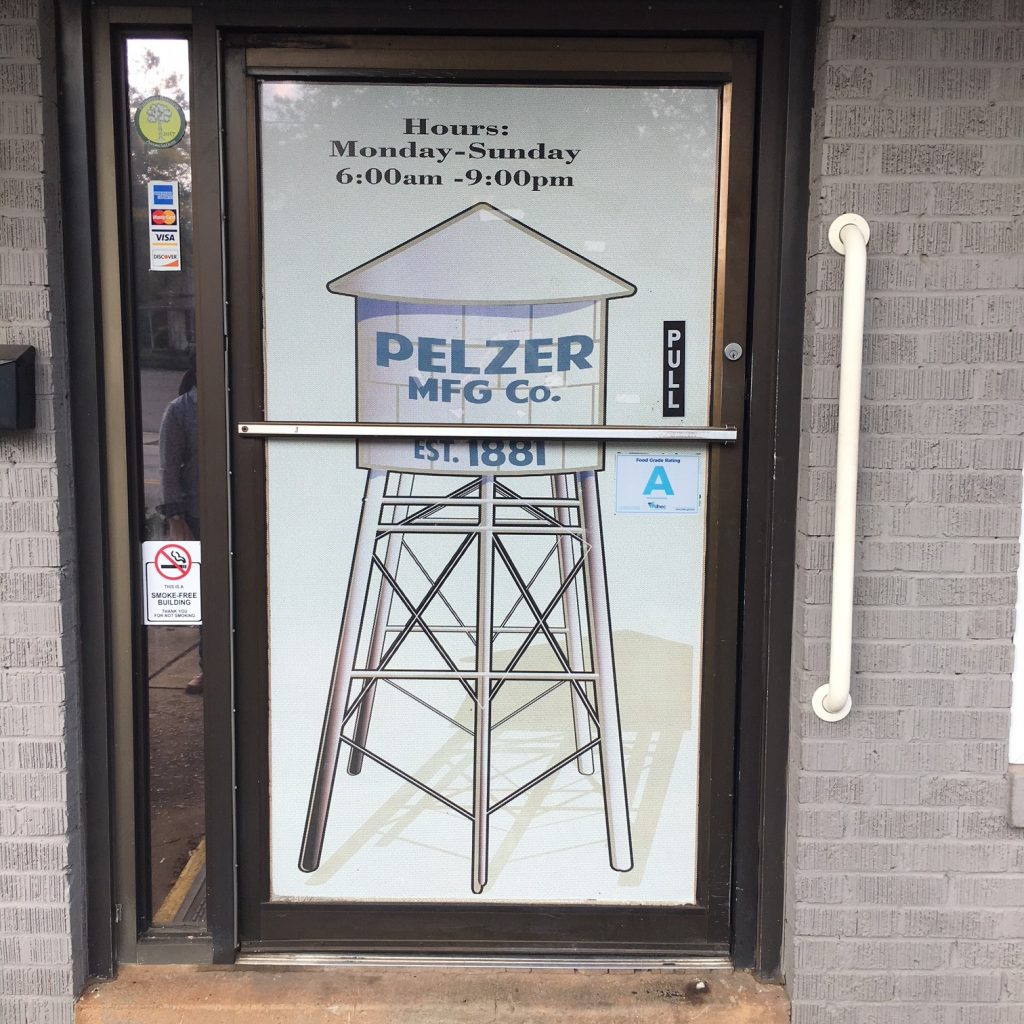 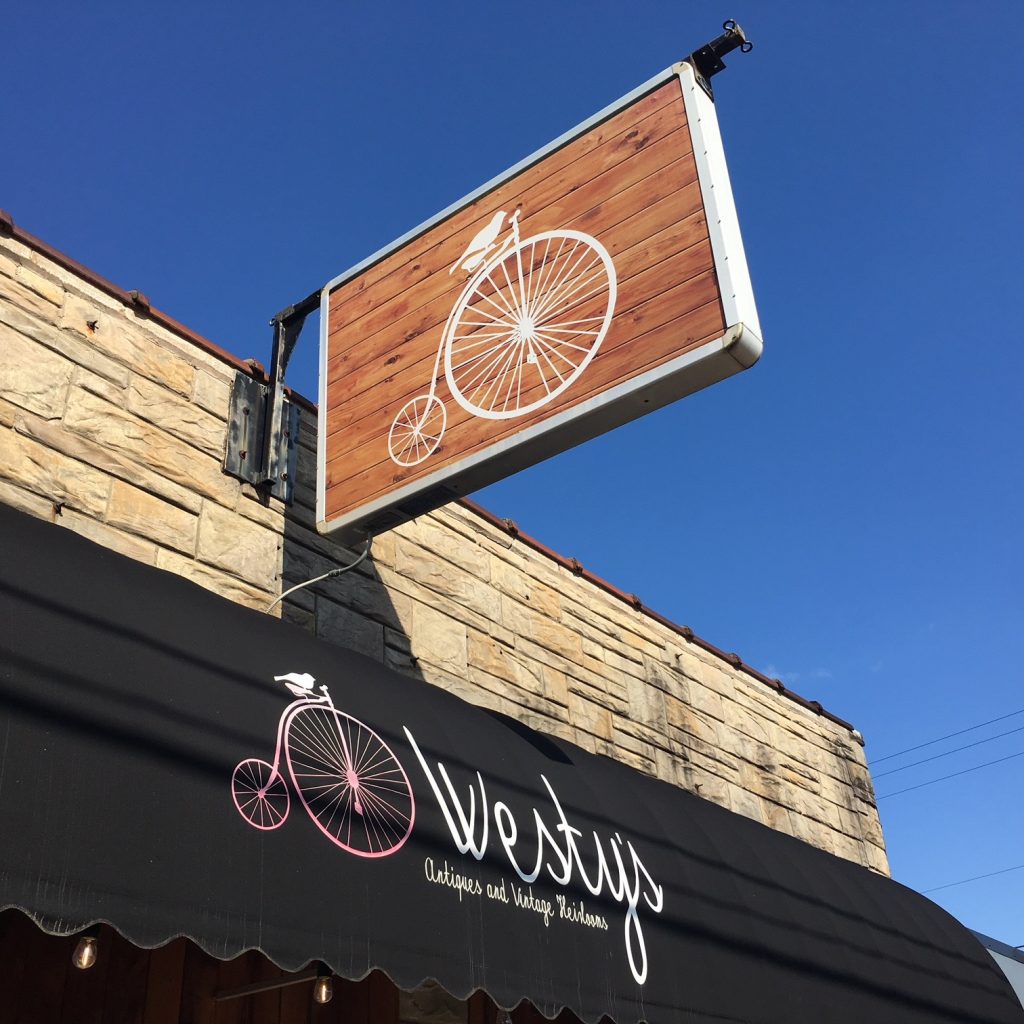 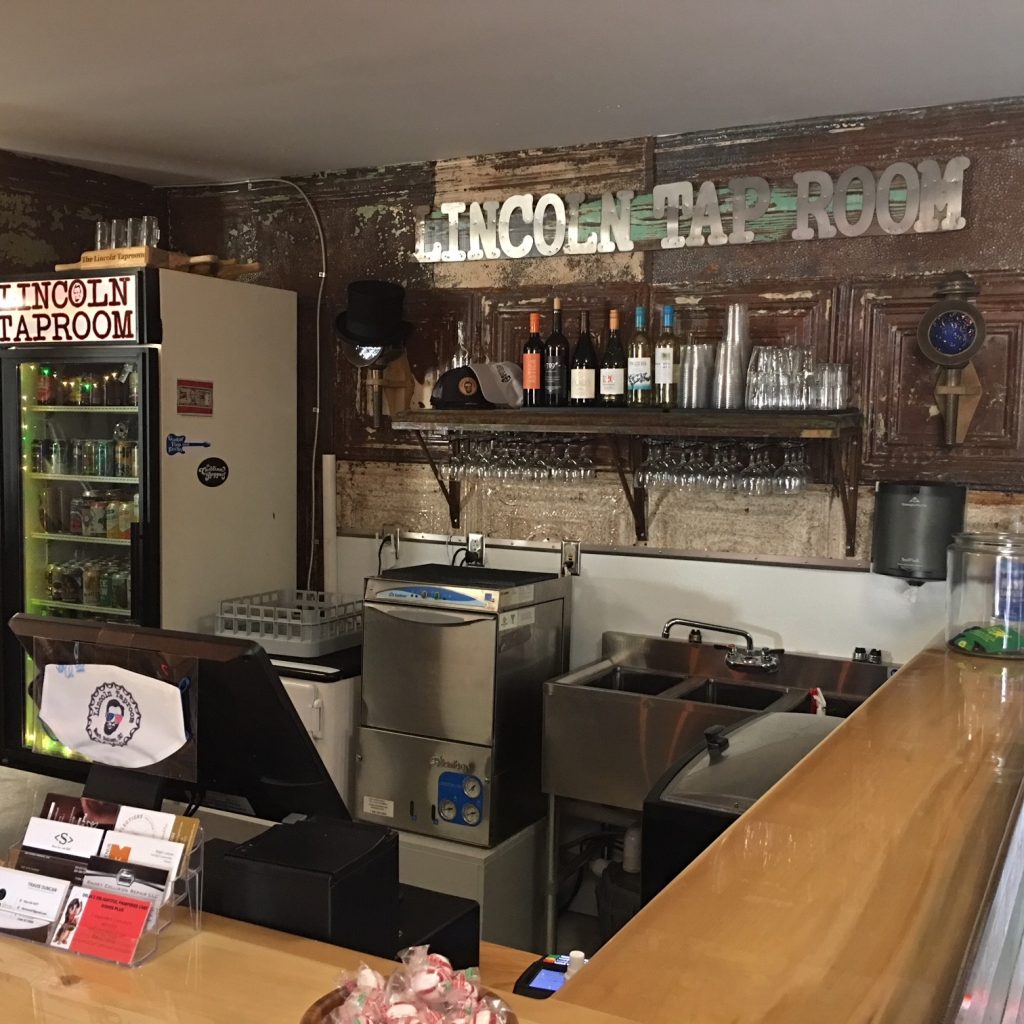 Now in his second term, Sanders, along with the town council and administrator Paula Payton, lead a town that went from 100 percent vacancy downtown to a revitalized Main Street featuring retail, restaurants and a new municipal center.

“I’m proud to say that the Town of West Pelzer was the first occupant on Main Street,” Sanders said. “If government can’t do it first, then we can’t expect the private sector to do it.”

Bringing government and its citizens together

Educating citizens – even the youngest ones – on how local government works is a passion for Sanders and Payton, who each year visit the local elementary school to talk with students about how government affects their lives. During their annual visit, they ask students to write on a chalk board what they would do if they were mayor.

“QT, Chick-fil-A and a downtown waterpark always make the list, but one student wrote ‘swing set’ and circled it several times,” Sanders recalled. So, Sanders and Payton went to work developing a plan to partner with the school and match dollar-for-dollar the money raised to purchase a swing set.

“It was a big deal to bring the kids out, let them cut the ribbon, and show them that government listened to them and didn’t tax them to build this,” Sanders said. “We want to be a part of their ideas and their relationship with the town, and now we have a swing set in Chapman Park.” 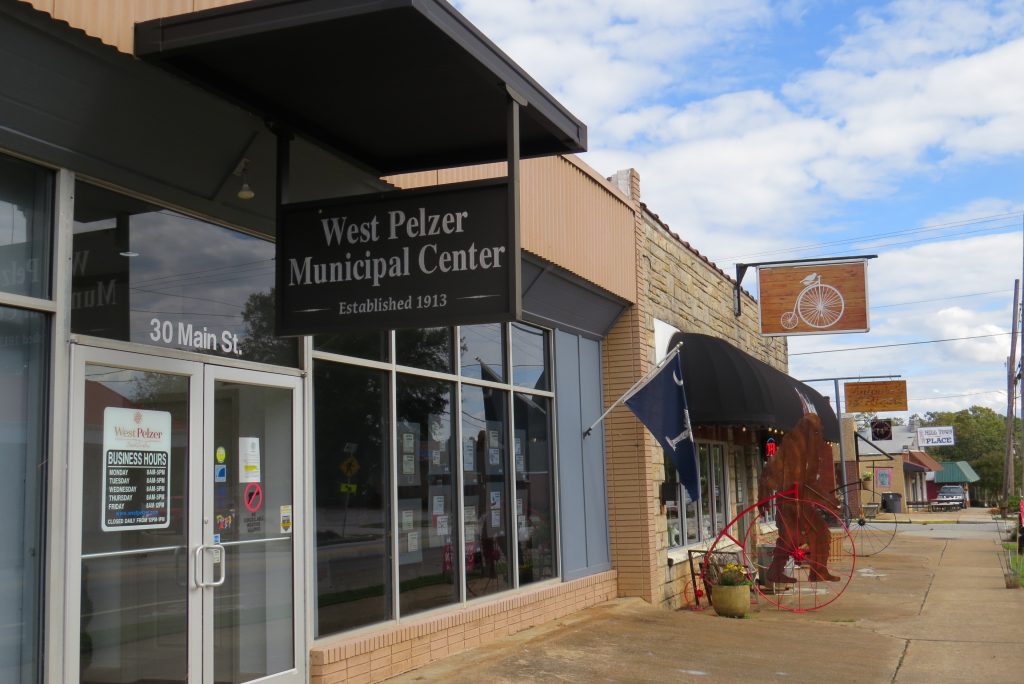 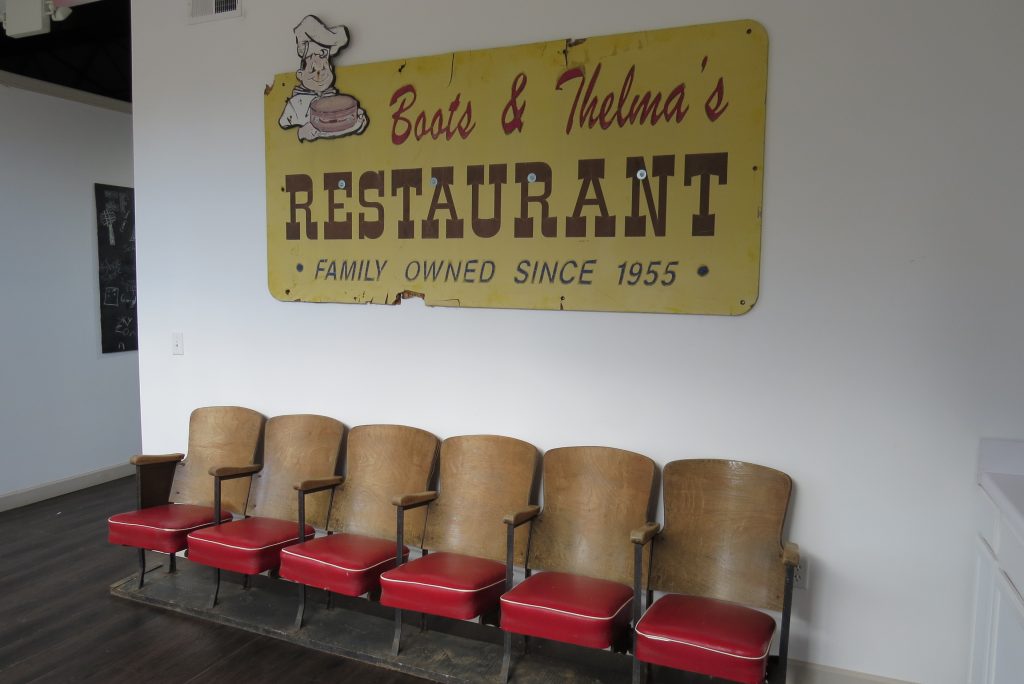 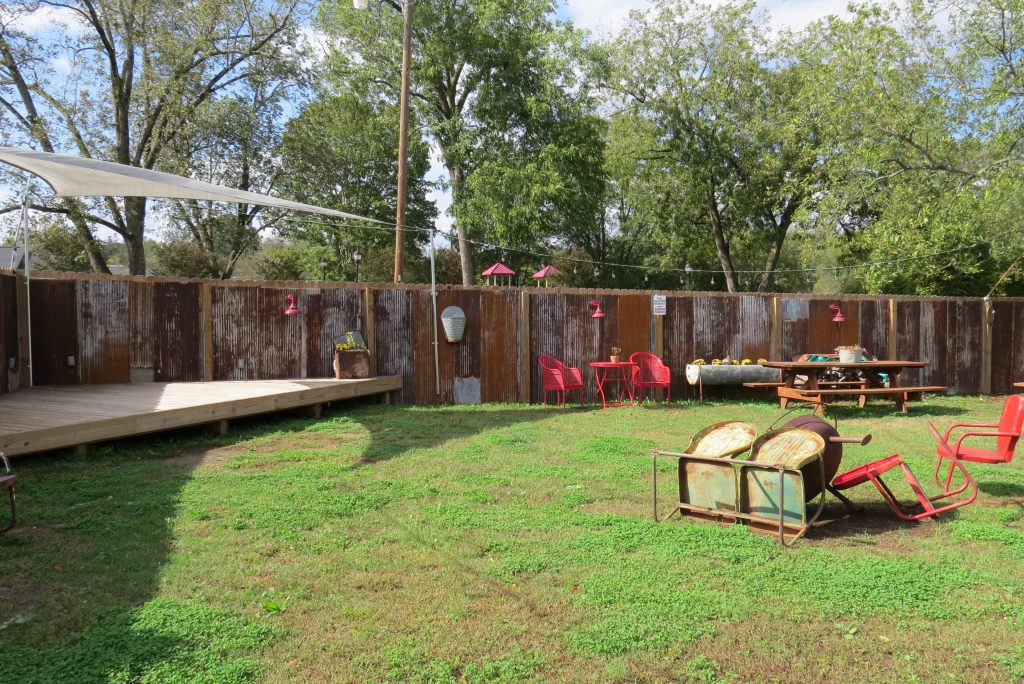 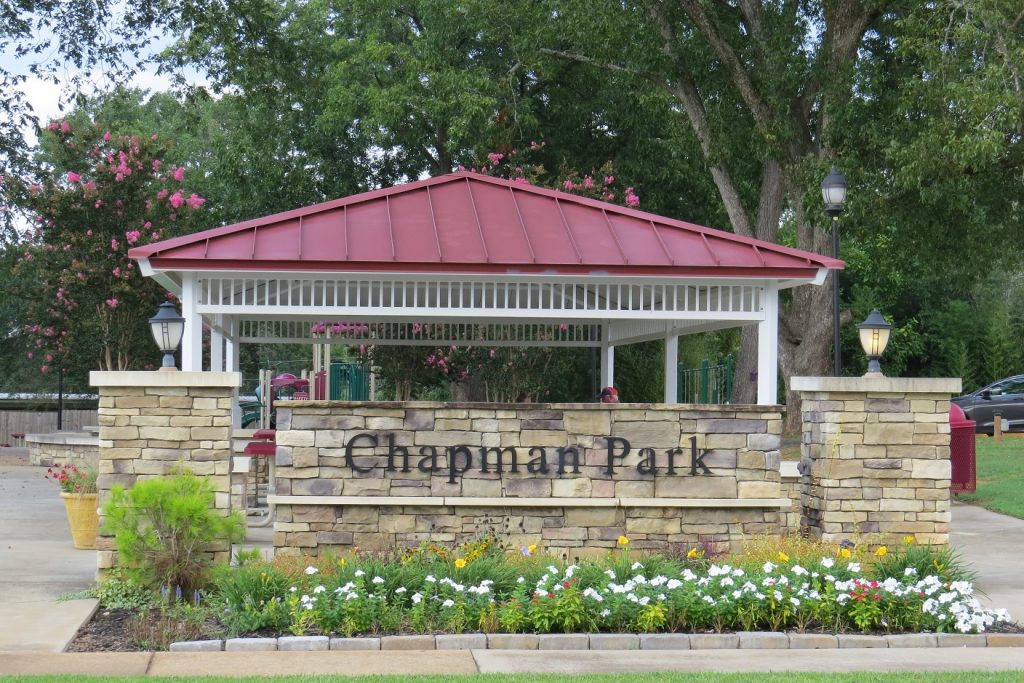 A small-town mayor in the middle of one of the fastest-growing regions of the country, Sanders said West Pelzer understands its role as a bedroom community.

“They call it a bedroom community because that’s where you sleep. We have sidewalks on Main Street, bicycle lanes, downtown retail shops, the meat and three, the taproom, the churches, the grocery store. Everything that you can have in downtown Greenville, you can have on a smaller scale in West Pelzer,” Sanders said.

“We’re working to make our Main Street prominent in the community, so it’s ok to work in Greenville or Greer or Anderson, but we want you to put your head in your bed here. We want you to understand what home looks like, and home is different than where you work.”

Looking toward a legacy

While he’s still one of the youngest mayors in South Carolina and only in his second term, Sanders admits he thinks about his legacy. One of his large ideas is trails that transform communities, like the Swamp Rabbit Trail that connects Greenville and Travelers Rest.

Sanders talks matter-of-factly about the mid-90s when there were two railroad lines being abandoned in the Upstate – one going from downtown Anderson through Belton, West Pelzer, Pelzer, Piedmont and Powdersville and tying in just north of the City of Greenville. The other went from downtown Greenville to Travelers Rest. The communities chose different paths – one deciding to purchase the rail and make it a trail, and the other deciding to let the rail line go back to adjacent property owners.

“I would like for my legacy project to be a way to connect downtown Anderson, downtown Belton and downtown West Pelzer to that trail in Travelers Rest that sees 500,000 people a year,” Sanders said. “I think there is still an opportunity for us to engage that and have multi-modal transportation in the Upstate.”

For now, Sanders continues to encourage people to #GoWest or at least come for a visit and have a cold beer or root beer at the Lincoln Taproom. 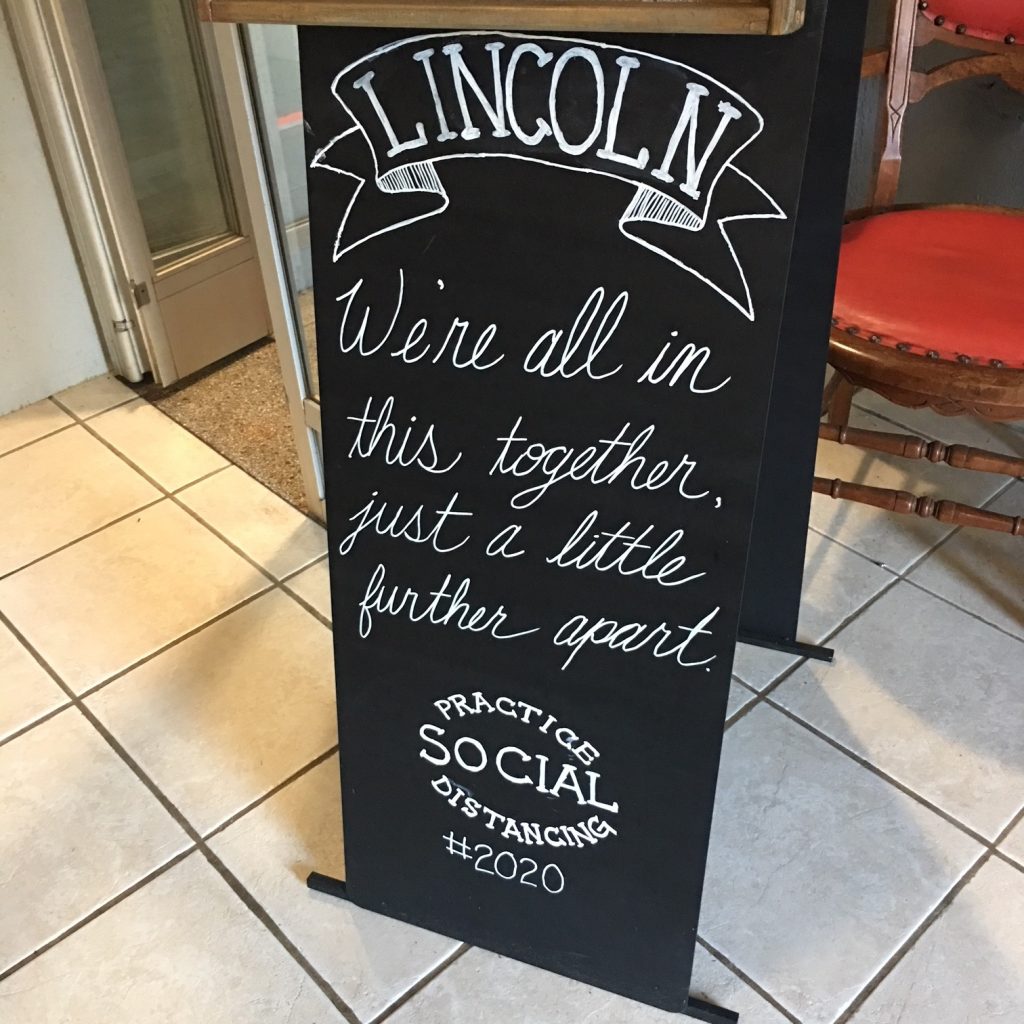