It’s been discussed for several years, but a proposed high-speed rail from Charlotte to Atlanta may be one step closer to reality after last week’s open house in Greenville hosted by the Georgia Department of Transportation (GDOT) that provided additional details on the project. 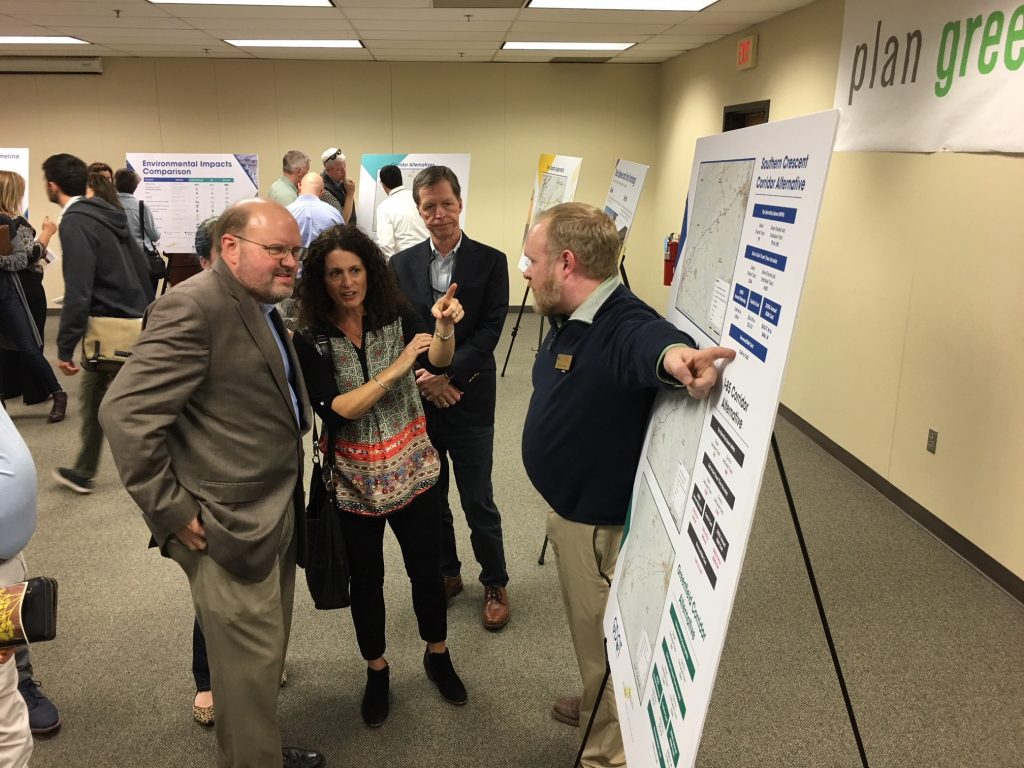 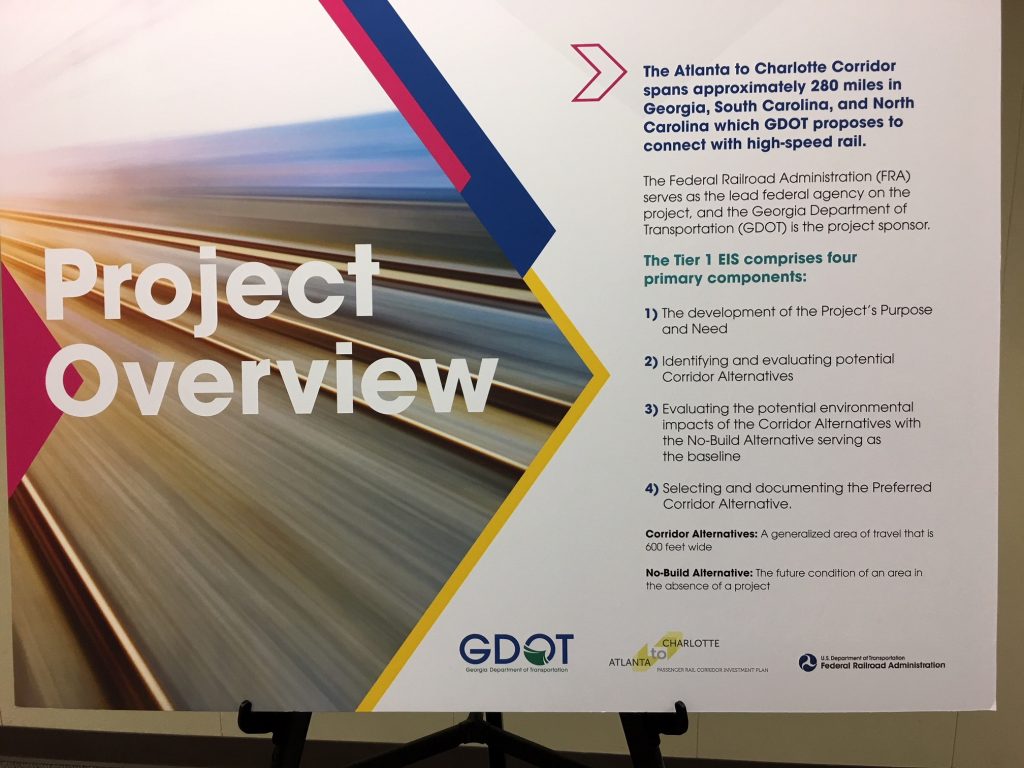 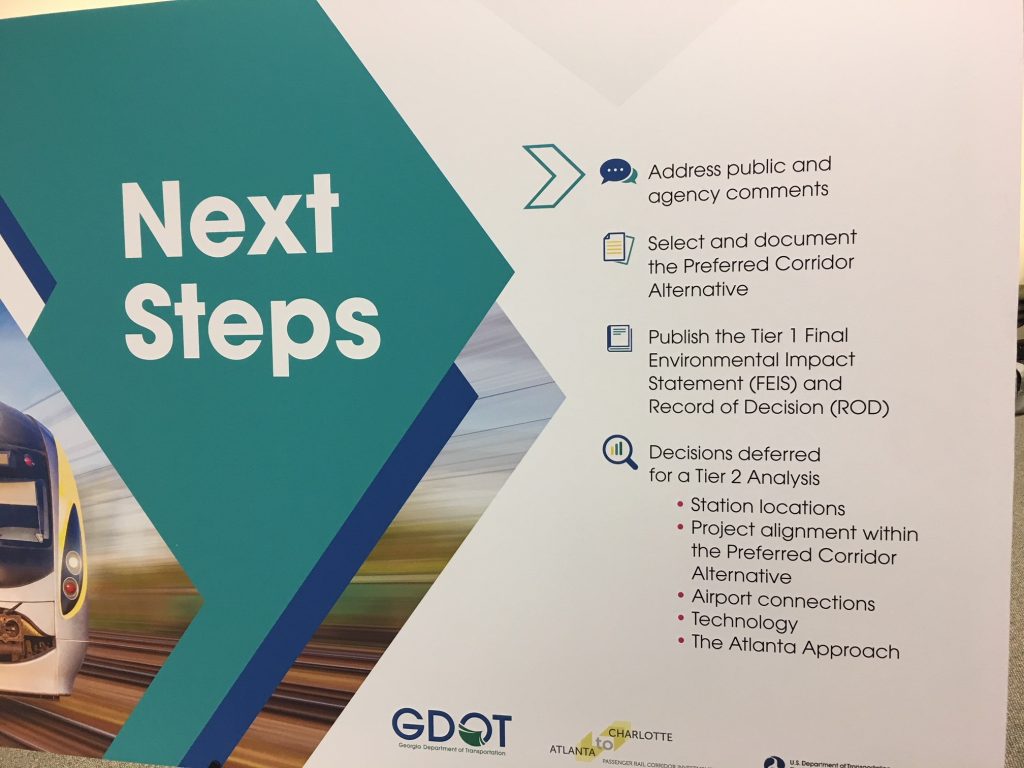 The Atlanta to Charlotte passenger rail system is part of the larger Southeast High-Speed Rail Corridor that could eventually run from Washington, D.C., through Richmond, VA, Raleigh and Charlotte, NC and on to Atlanta. It is designed to address the transportation needs of a growing “Char-lanta” region, including:

The environmental impacts of three corridor alternatives have been evaluated by the Georgia DOT and now are being presented for public comment at open houses and online. The options are: 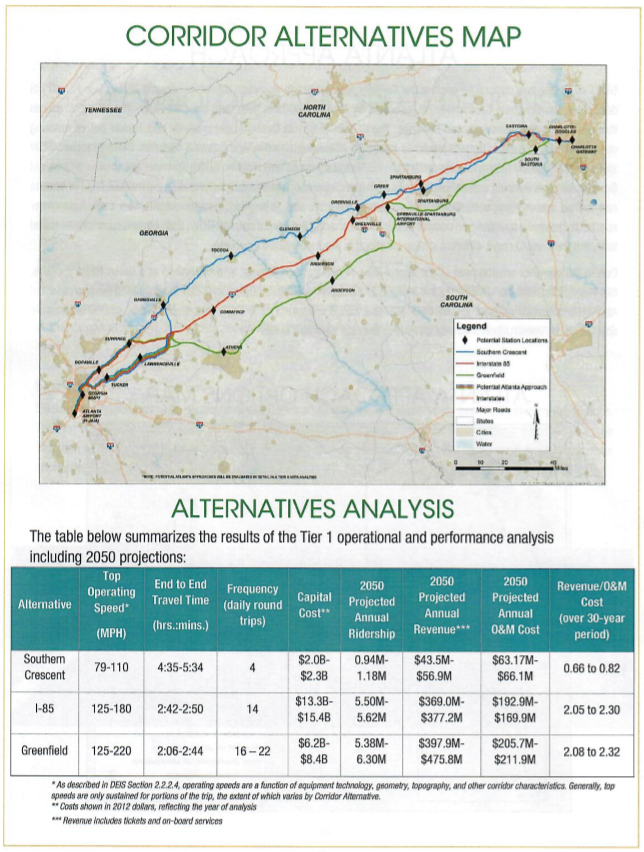 Depending on which of three potential routes is selected, construction of the project that would be completed in 2050 could cost anywhere from $2 billion to $15.4 billion, according the Georgia DOT analysis. And travel times could range from a little more than two hours to more than five.

Still in its early stages, transportation officials in Georgia, South Carolina and North Carolina are hosting open house meetings to gauge public interest in the high-speed rail project and gather comments and suggestions. GDOT will accept public comments until November 4, 2019. The public can review materials online and make comments here.