In what is sure to be an emotionally impactful art exhibit, Upstate South Carolina resident and photographer J. Michael Johnson will showcase 40 photographs about the Vietnam War at West Main Artists Co-op in Spartanburg Wednesday, May 8, through Friday, May 31.

The ’Nam Era: Never Forgotten will be open free to the public Tuesday through Saturday, 10 a.m. to 4 p.m. A free public reception will be held on Thursday, May 16, from 5 p.m. to 9 p.m. during the city’s monthly ArtWalk.

“These digital images capture a celebration of the veterans of the Vietnam Conflict, honoring both their fallen and living comrades-in-arms,” Johnson said. “I’ve been told by visitors that veterans and veterans’ family members have come back to visit this exhibit several times just to put the ‘Nam Era behind them.” 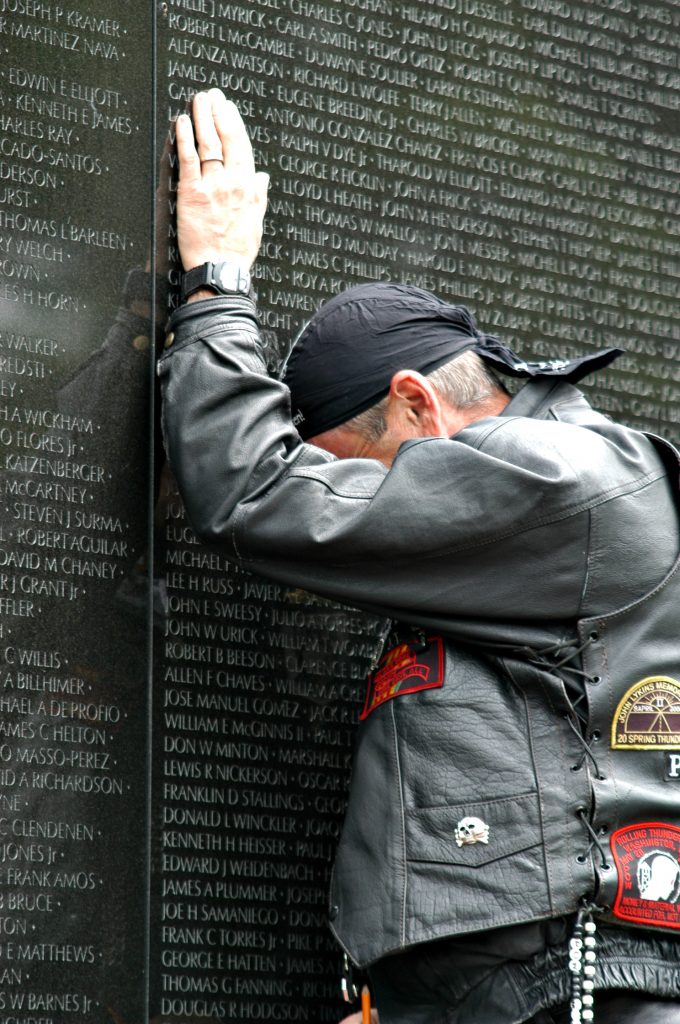 All photography in this exhibit depicts different aspects of the Vietnam War, such as a biker weeping at the Vietnam Veterans Memorial in Washington, D.C., and a soldier standing guard at the Tomb of the Unknown Soldier. It took about six months to select and prepare the haunting and telling images for this exhibit. The photographs were taken between 2002 and 2013. The framed images will be for sale, ranging from $300 to $800. 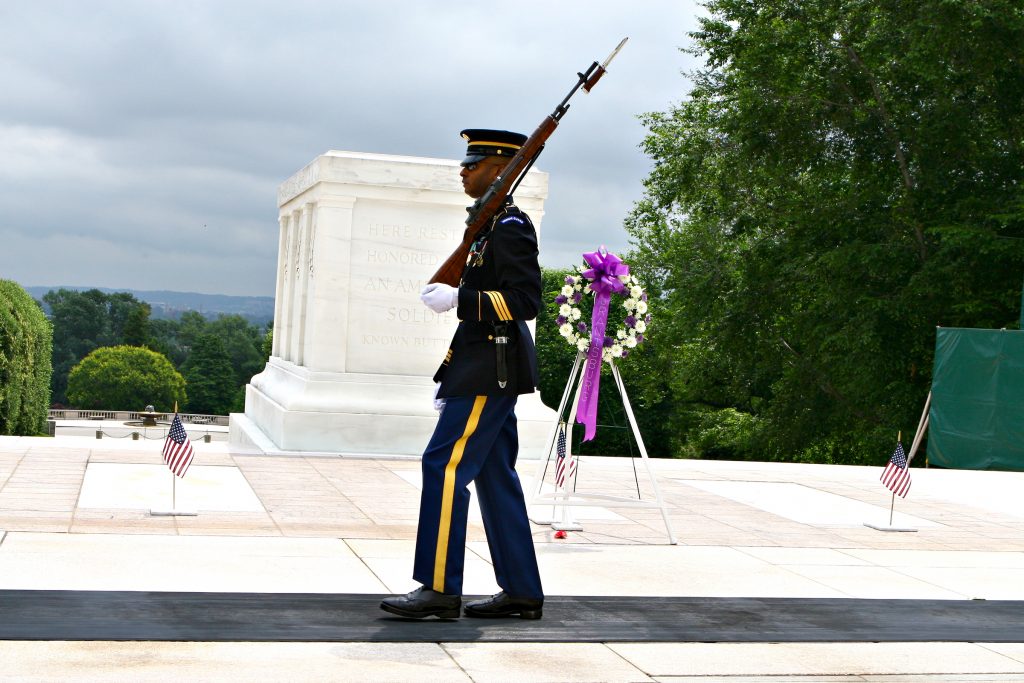 Serving in the military during the Vietnam Era but never sent into battle, Johnson was inspired to create the exhibit by friends who were sent to Vietnam, Laos and Cambodia.

“Memorial Day weekend in 1992, I did a trip to The Wall in Washington, DC, where I tried to read two letters left under a name engraved on The Wall,” Johnson explained. “Because of the large amount of people visiting that day, I could not read those letters. So, I did what I do best: I photographed them to read later in my studio. After reading the letters, I never thought a whole lot more about them again until Memorial Day weekend 1997, five years to the day, within minutes of the same time in 1992, I photographed these same letters again. The hairs on the back of my neck stood straight up. My mind produced crazy, mind-boggling thoughts of the ‘Nam Era.

“Unknowingly, I started photographing this collection during that Memorial Day weekend 1997, while photographing Rolling Thunder members riding their Harley-Davidson motorcycles in their Freedom Ride from the Pentagon to The Wall,” he said.

Born and reared in East Tennessee, Johnson has lived in the Southeast his entire his life. He began taking images and working in his darkroom more than 35 years ago. His love of photographing the motorcycle lifestyle and other subjects, and his self-taught methods truly define his subjects.

Johnson’s experiences have produced a collection of work that documents bikers and biker ladies riding on Daytona’s Main Street, along with the serious side of these riders as they remember the Vietnam Era, showing them remembering a fallen comrade, a brother, a sister or a father whose name is now engraved forever in the black granite. Many of Johnson’s fine art prints are in private collections. 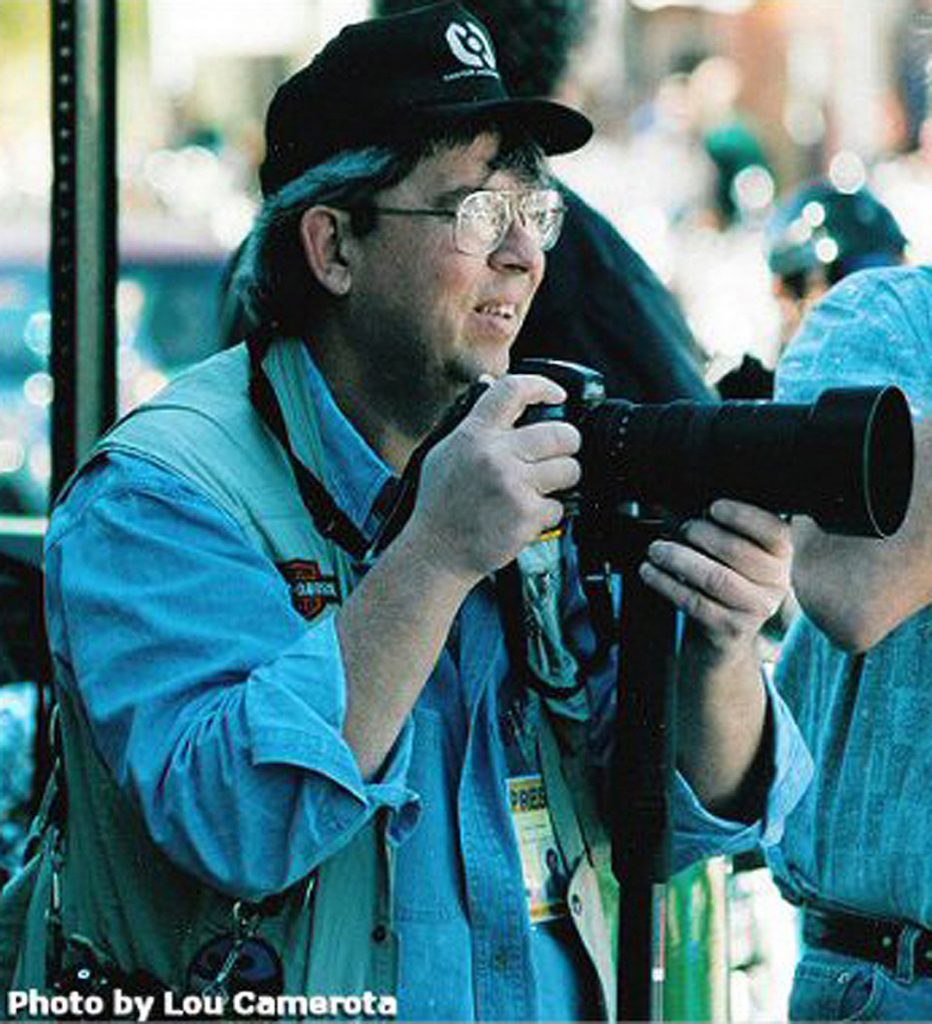 In his artist’s statement, Johnson says: “My ’Nam Era: Never Forgotten project is a Vietnam veteran’s photographic tribute I started in 1997 at The Wall, showing us freedom is not free and should never be taken for granted. My early Sunday morning walks into the depth and quietness of The Wall let me digitally capture Vietnam veterans visiting names — names that represent the real human cost of freedom, showing us the names of young American boys and girls who grew up way too fast, fighting a war on foreign soils to sacrifice their own lives fighting for American freedom in foreign lands that some say God forgot: Vietnam, Laos and Cambodia. These digital images show friends and family members touching loved ones’ names on The Wall, while getting a rubbing of a name so they can remember, honor and keep their loved one’s memory alive and remind us that we still have POW-MIAs in Vietnam.

“There are unforgettable images that are still in my mind because I had to make a decision when to let an award-winning photo go because a Vietnam veteran’s personal privacy was much more important than a picture. Visitors are welcome to touch these prints and read the patches on these veterans’ vests and hats that express bikers’, civilians’ and veterans’ personal feelings in each print. I encourage everyone to take as much time needed to view and understand the meanings of each print in this exhibit. And remember to thank a veteran for your freedom.”

West Main Artists Co-op is one of Spartanburg’s leading nonprofit arts agencies. It is a membership-based venue with more than 50 members, 30 of whom have studios within the building that was once the West Main Baptist Church. The WMAC is the only studio art co-op in Spartanburg County and art is everywhere in the 20,000- square-foot building that houses three galleries, a printery, a ceramics studio, and the largest collection of for-sale and locally-made in art in the county. For more information, visit westmainartists.org.