Jim Juras creates art that is life-sized and lasting. As a muralist, he enjoys the challenge of creating large-scale paintings that tell a story and shape a sense of place.

If you’ve been to downtown Seneca, it’s hard to miss Juras’ 28 feet by 24 feet welcome to Seneca sign along Ram Cat Alley. The cutout letters measure four feet by eight feet, with each panel depicting a different landmark or historical element of the Upstate city west of Clemson and east of Walhalla in Oconee County.

“There was a lady from Keowee Key who wanted to get some activity going in Seneca,” explains Juras, a former Michigan resident who moved to the Upstate in 2005. “It was kind of a sleepy town back in 2005. They wanted to add a little life to the town and thought a mural would do it.”

Having painted “well received” murals at the Keowee Key Fitness Center and the Oconee Military Museum in Walhalla, Juras answered the call for submissions for the Seneca project.

“I presented a prototype to the city council, explaining that I could add something or take something out, for instance, like the Clemson football,” Juras recalls. “Before I could finish the sentence, the mayor said, ‘the football stays.’”

The Clemson football on the Seneca mural, along with one incorporated into a mural painted by Juras for the town of Six Mile, caught the attention of Dabo Swinney. Clemson’s Head Football Coach has autographed both using his famous “All In” mantra. 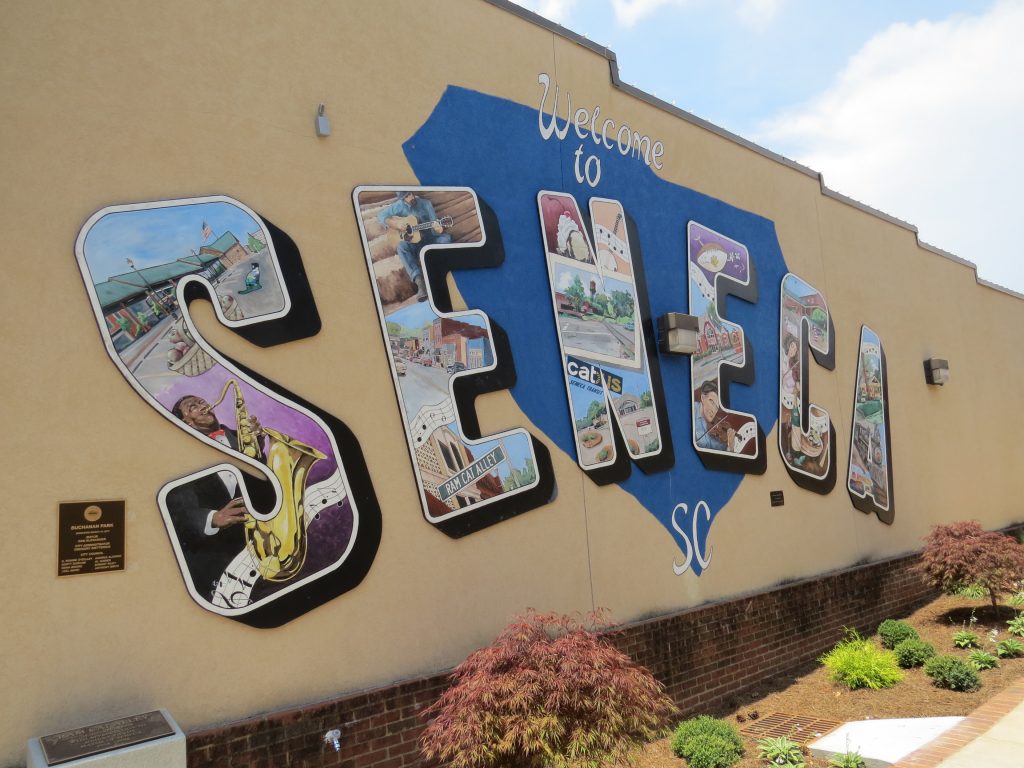 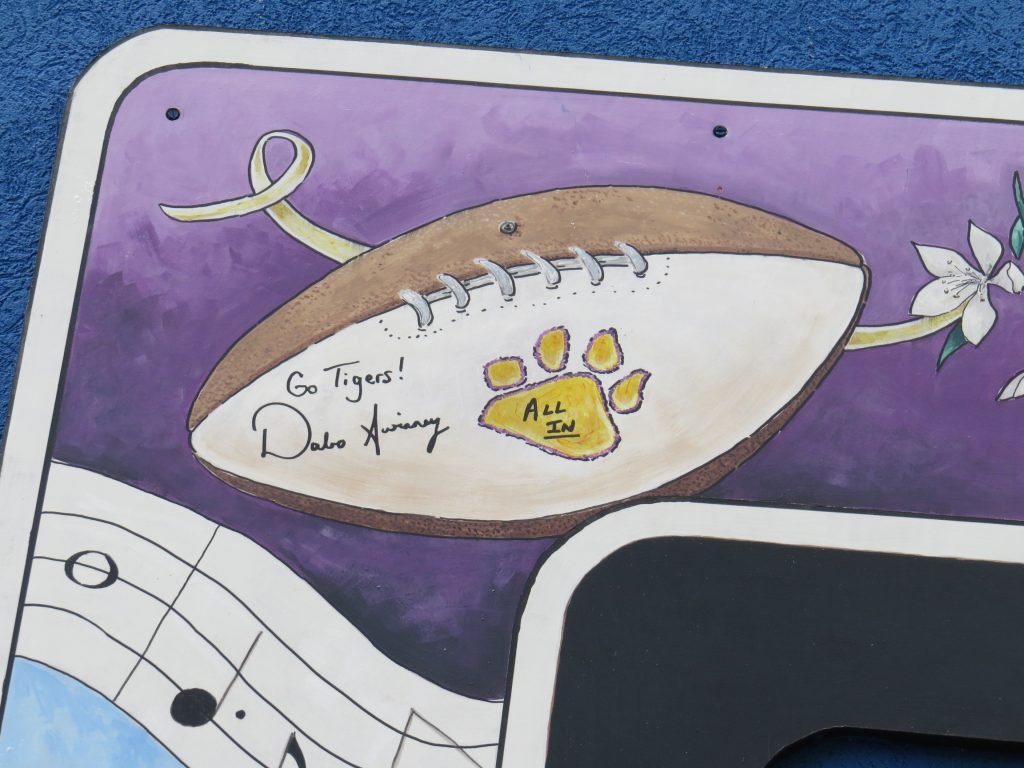 But music is a focal point of the Welcome to Seneca mural with musical notes, a saxophone player, guitarist and violinist woven throughout.

“Jazz on the Alley on Thursday nights has been a big deal here in Seneca,” Juras said, “so there are a lot of musical elements included.”

Like the one in Seneca, Juras’ Six Mile mural has become a centerpiece of the town and the preferred place for a photo op. Located on an exterior wall of The Scoop Ice Cream Shop on Main Street, the mural depicts the history of the small Upstate town from the Cherokee Indians that once occupied the land to the four Medal of Honor winners from Pickens County, three of whom live in Six Mile.

Juras took is talent inside The Scoop, as well, painting the popular yellow brick road and railroad tracks on the floor and an on-field scene of Clemson’s 2016 national championship football team on the back wall. 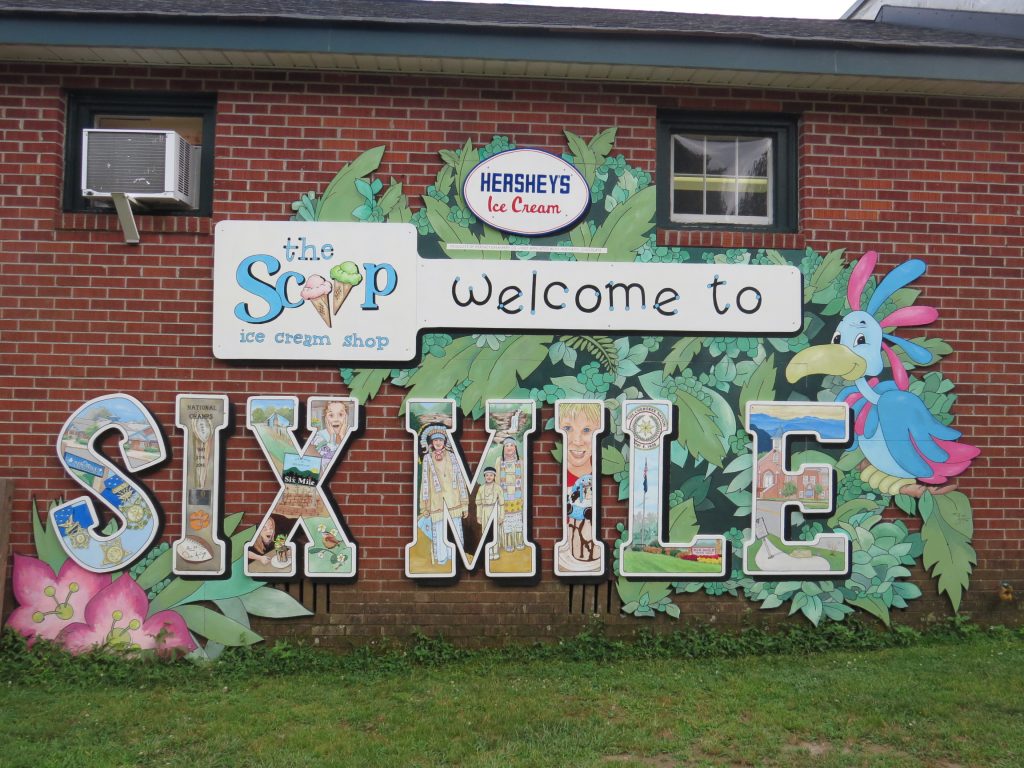 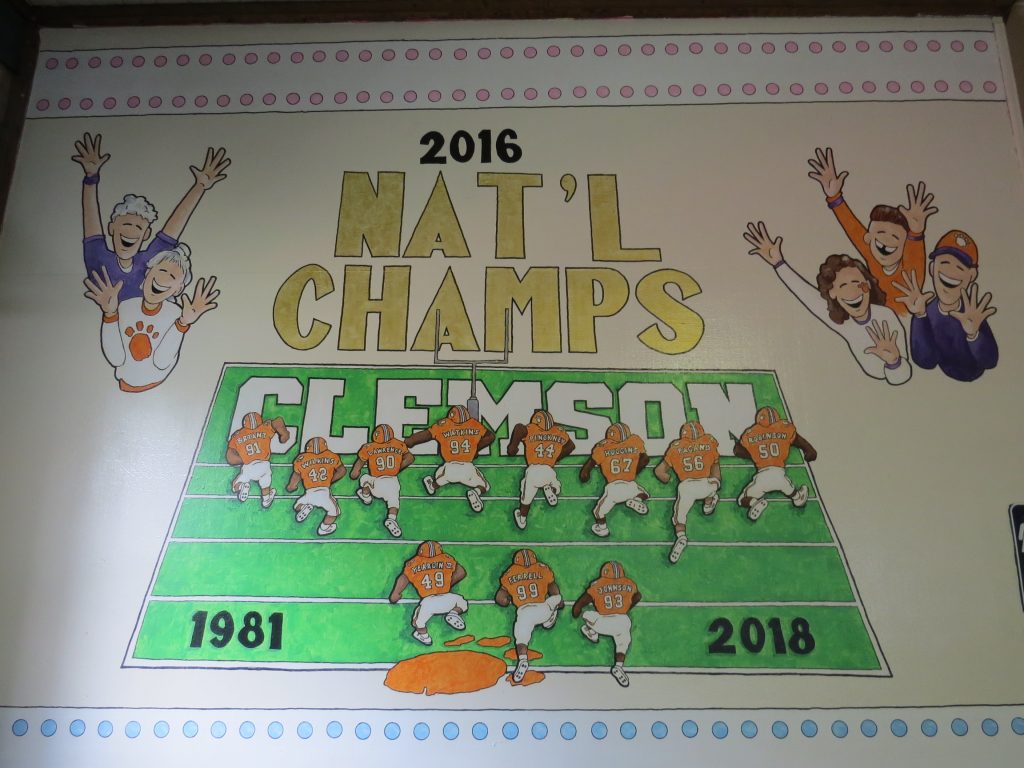 Perhaps the most ambitious project Juras has tackled was one of his first. As a recent retiree, Juras answered a call for submissions from Patriots Hall at the Oconee Military Museum.

“I was a personnel director for a school district in Michigan for the last 18 years of my career, so I didn’t do a whole lot of art,” he said. “But I won the project and that one was pretty ambitious. Plus, I was working on it between tennis and golf matches.”

The Patriots Hall mural includes nine large panels that depict each of the wars the United States has fought in since the Revolutionary War. The mural runs along the museum’s staircase and into the balcony where paintings stretch from floor to ceiling. 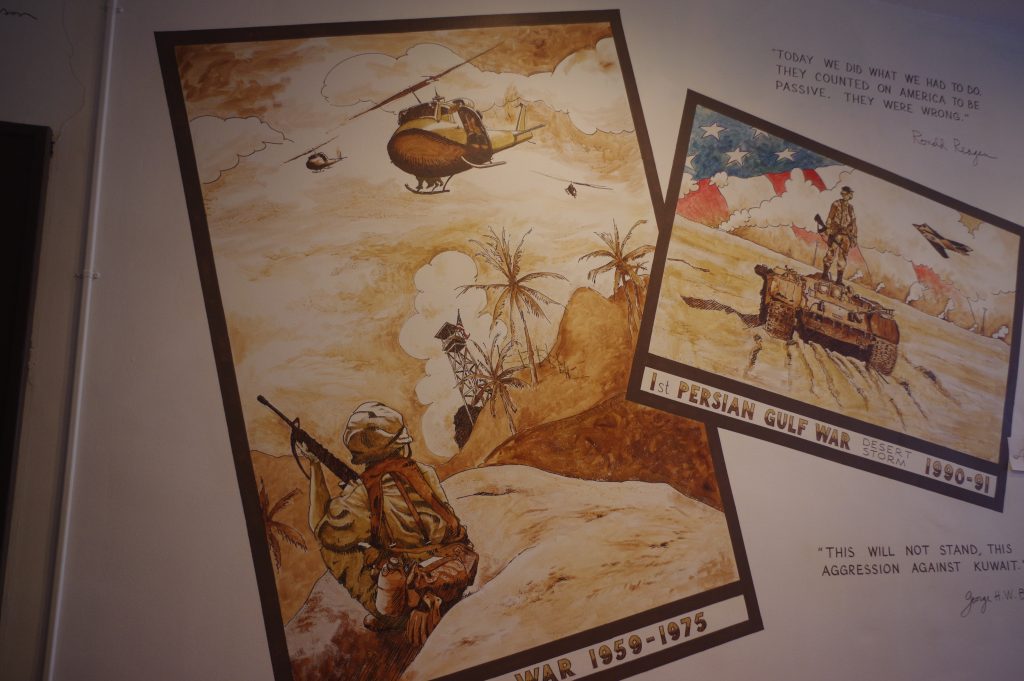 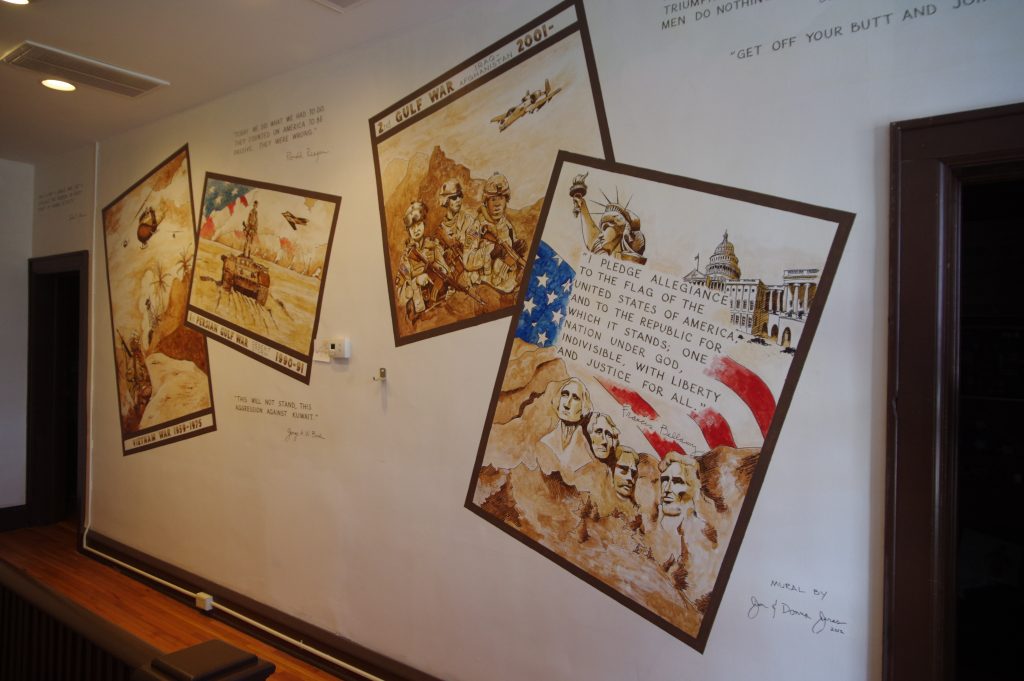 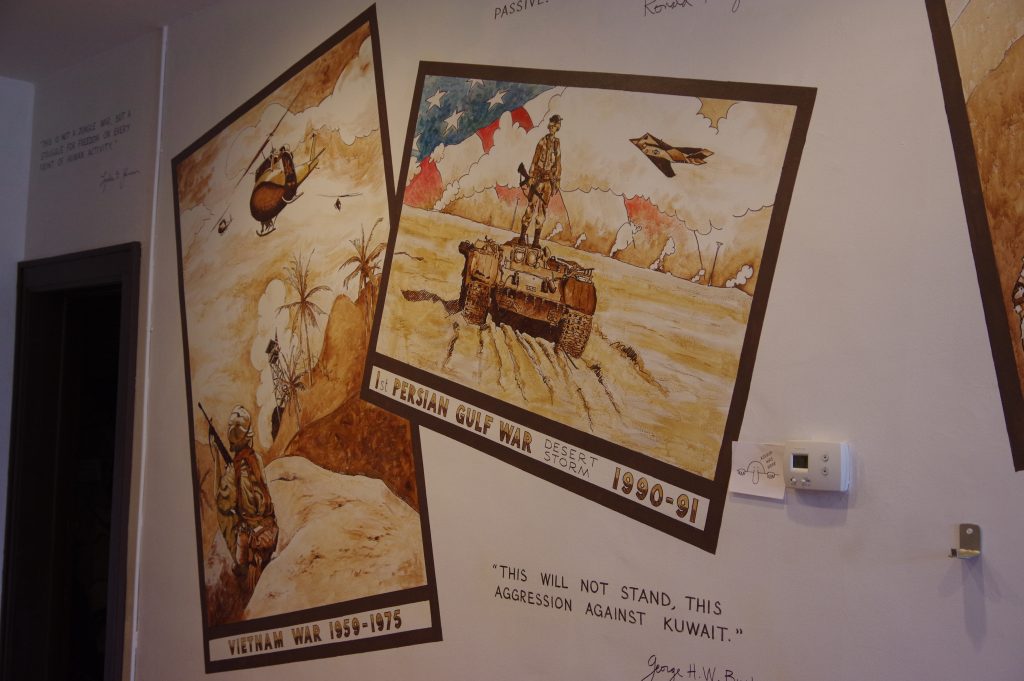 But the Seneca resident’s dream project is the one he’s working on currently – a 12 feet by 32 feet mural of the Seneca train station circa 1950. 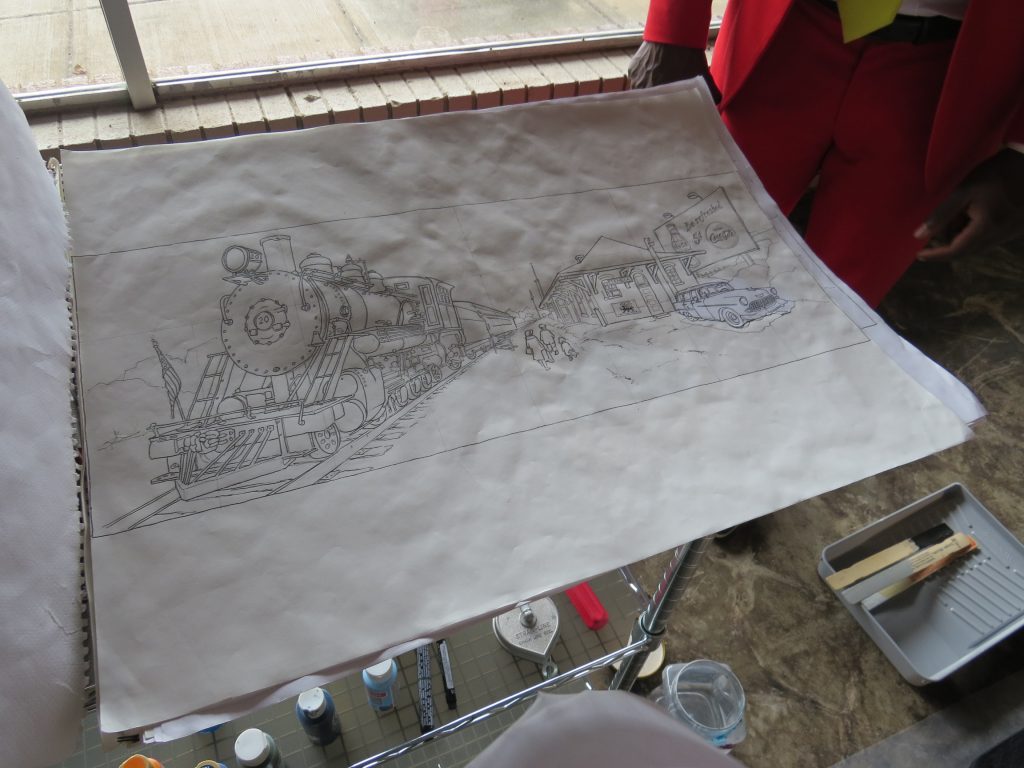 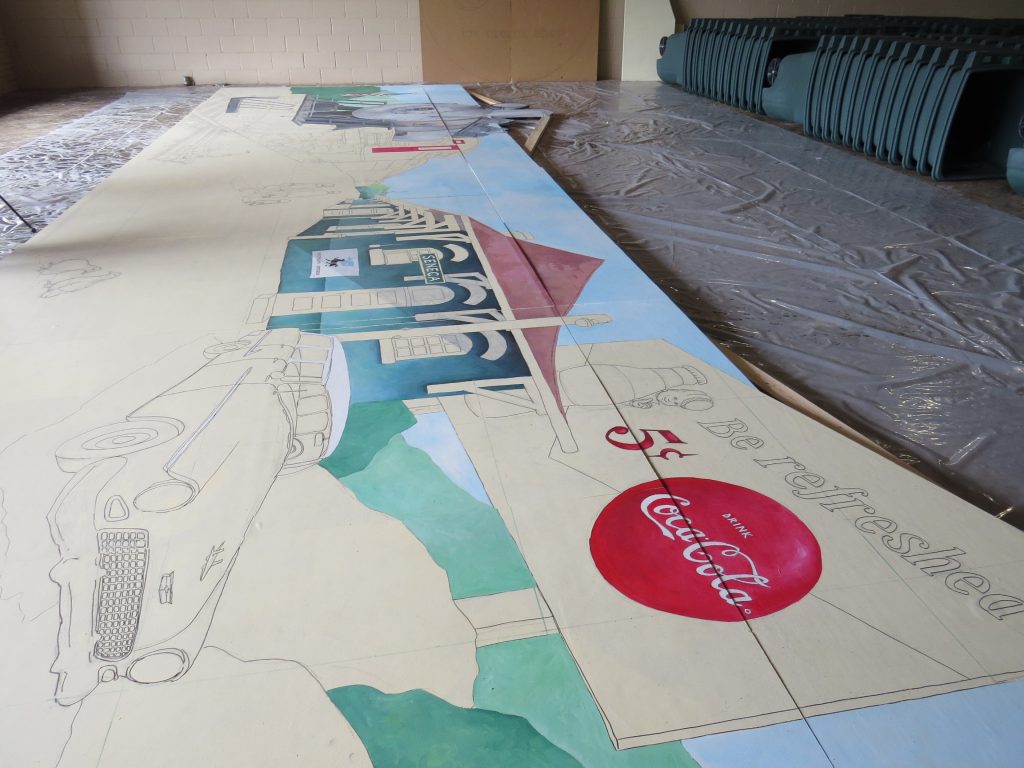 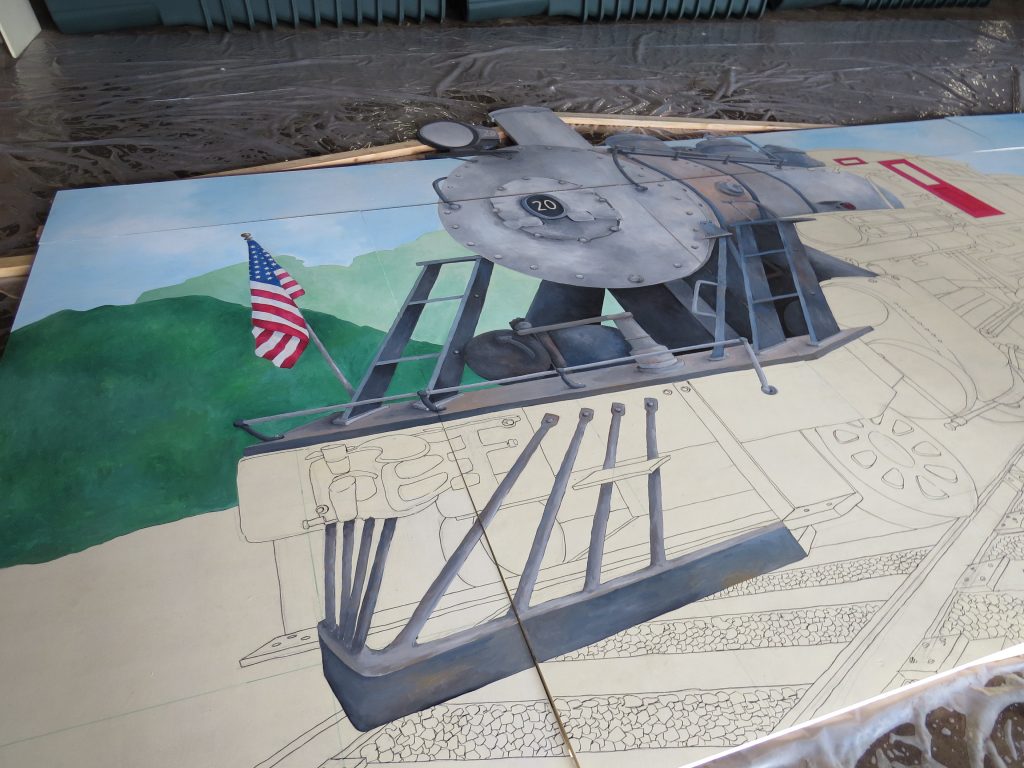 “Rather than smaller landmarks as in past murals, this mural is a scene with a gigantic train with people getting on,” Juras explains. “The huge train is going to be pretty cool.”

The mural is scheduled to be completed and hung in downtown Seneca in time for the town’s Sip ‘n Stroll event on October 3.