If you’ve been to Birds Fly South at Hampton Station, Haywood Mall, or the communities of Poe Mill and Sans Souci in Greenville County, you’ve likely seen the work of Upstate muralist Adam Schrimmer.

Schrimmer is taking his passion for public art inside with his latest project called “Rooftop Dreams” at The Children’s Museum of the Upstate in Greenville.

The 1,050-square-foot mural covers walls, risers, a portion of the ceiling and an elevated stage where storytellers and performers will stand to engage children of all ages in The Dream Theatre, new interactive storytime space on the museum’s main floor.

“Rooftop Dreams” depicts the Greenville skyline from dawn to dusk in tones graduating from pale orange to deep purple. As children sit in the theater, they will experience an eye-level view as if they are peering over the rooftops at iconic downtown buildings such as St. George Greek Orthodox Church and newer skyline additions such as the Grand Bohemian Hotel.

Starting the project with space that featured a red floor and aqua blue risers, Schrimmer began envisioning an illustration that could tie the elements together.

“I didn’t envision the risers so much as water, which is what I think they were intended to be,” Schrimmer said. “I started to see them more as clouds and had this idea of ‘what if children were up on a roof somewhere and could we create a skyline where kids would feel as if they were peering out over Greenville’s skyline?’”

Included in the mural are clouds that form images, with the hope that once children see a few of them, their imaginations will take over and they’ll begin to see a variety of things. 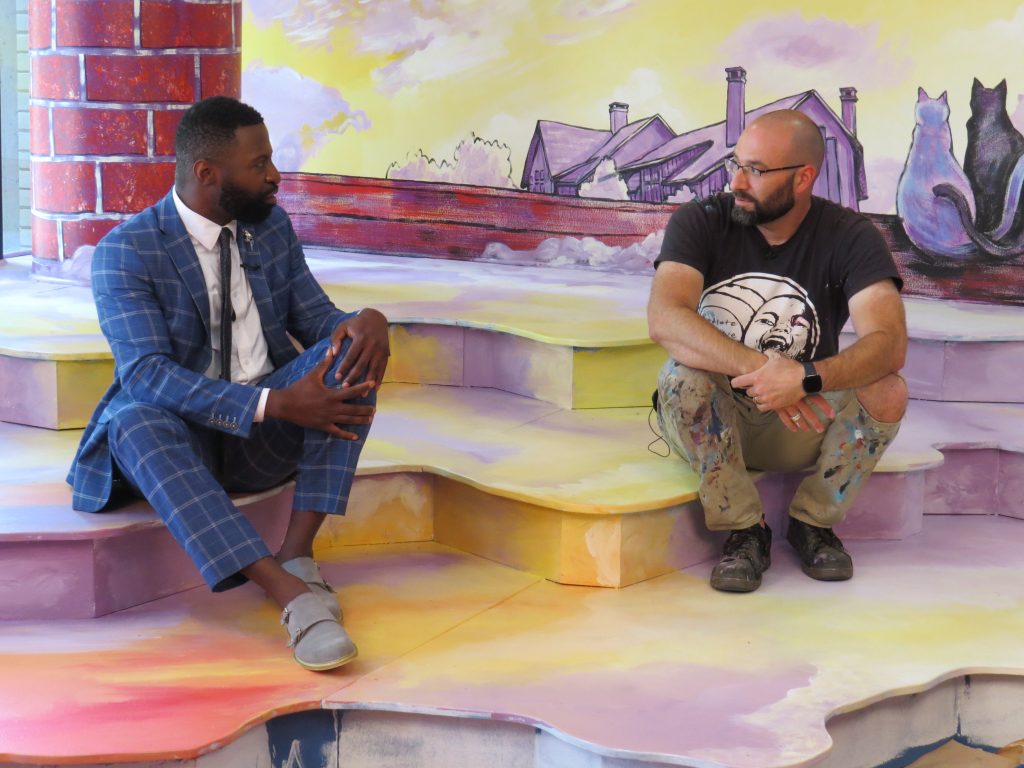 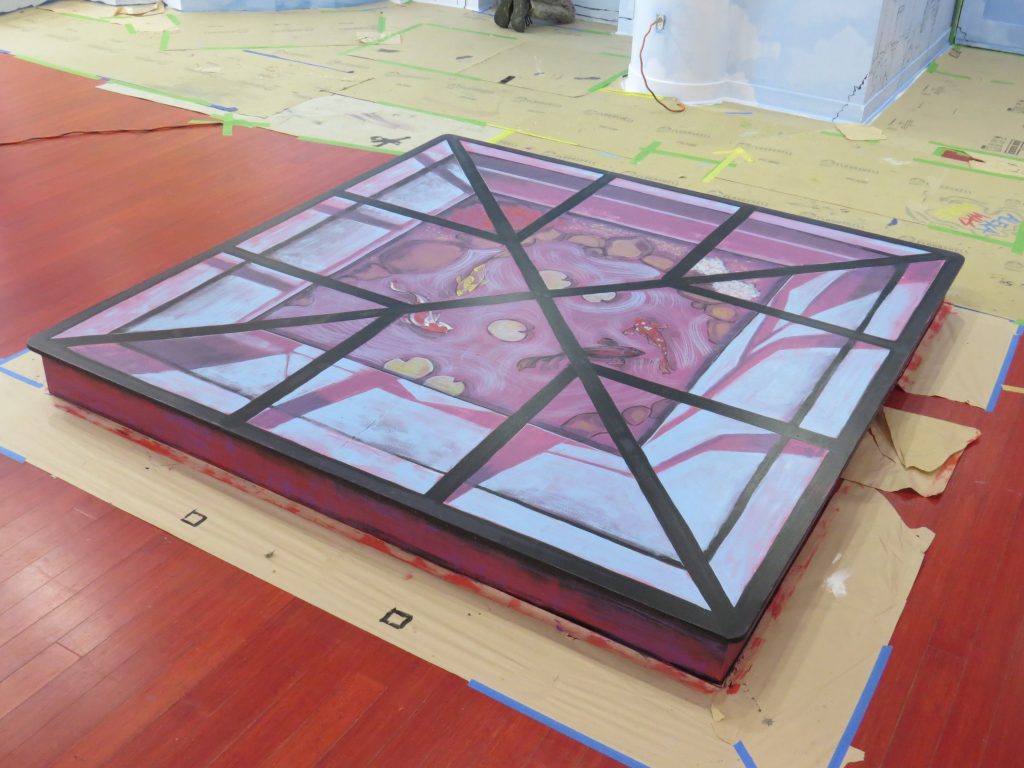 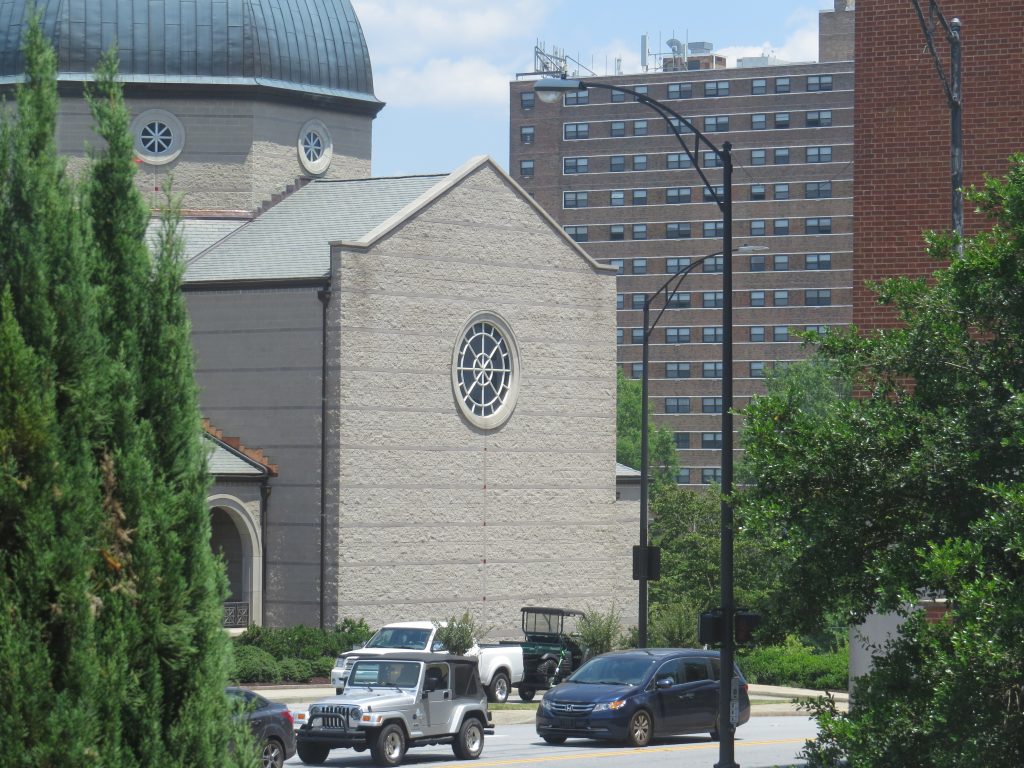 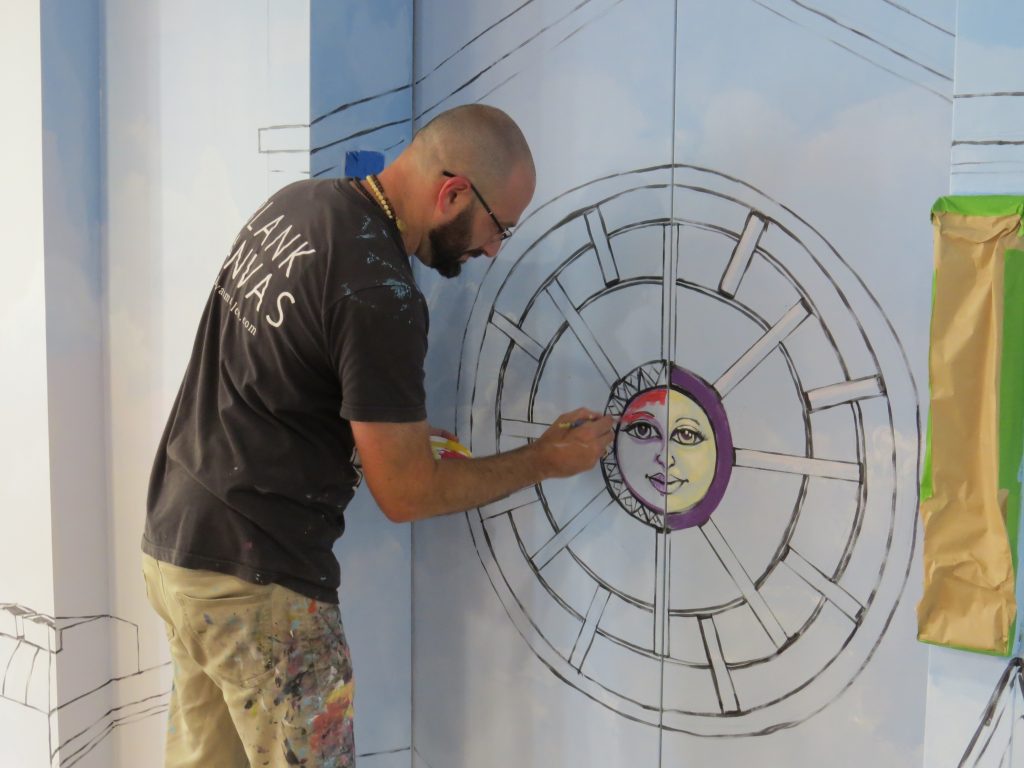 “Creativity is really important,” Schrimmer said. “We focus a lot with my own kids at home on imagining, looking up at the clouds and seeing what you see. Part of the conversation about this space was what we could do to engage with kids while they were in this space.”

The sunrise-to-sunset illustration also plays to literature, according to Schrimmer. For example, a reading of Goodnight Moon near the sunset portion of the mural creates an immersive experience with a nighttime feel.

Schrimmer believes his public art in communities around Greenville gave him the opportunity to work on The Children’s Museum project.

“This project happened because of my community-based work here,” Schrimmer said. “It’s been a great opportunity to share the work that I do outside in the community, inside this space.”

Wanting a change of pace, Schrimmer and his wife moved to Greenville from Miami 10 years ago. Schrimmer has been painting full time in Grenville for the last six years as the owner and lead artist at Black Canvas Mural Company.

“(Greenville) has been a great place to grow a business,” he said. “And now, having been here for 10 years, there are murals happening all over the place, which is amazing. You can see that the community has definitely grown in terms of its public art capacity.” 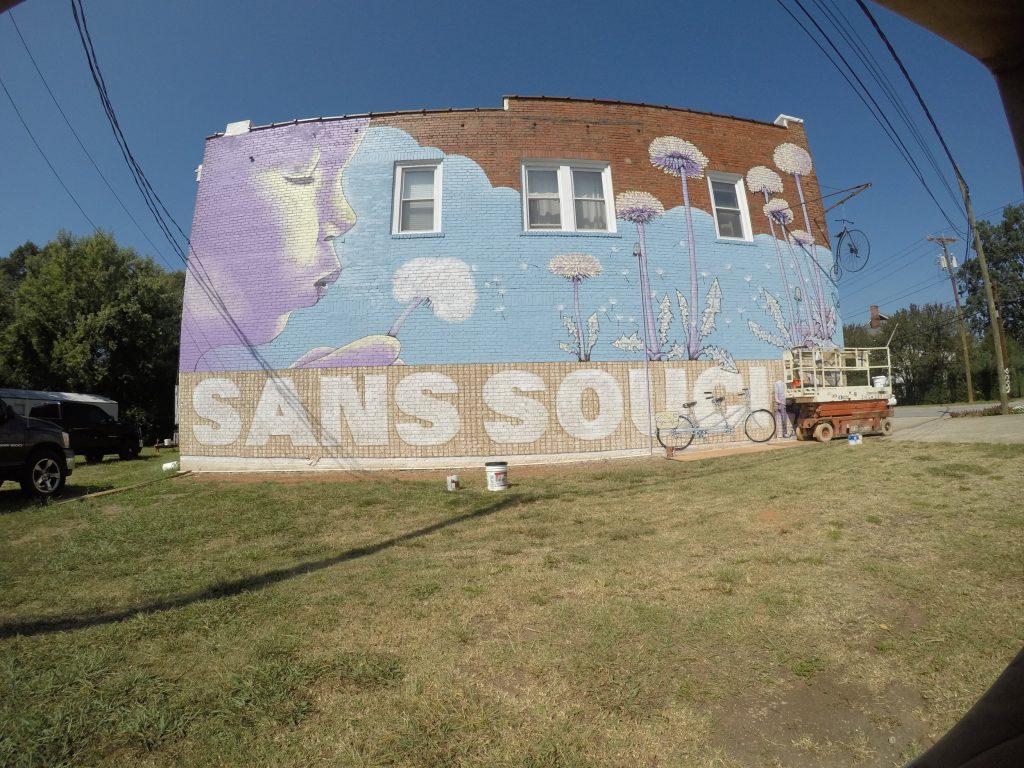 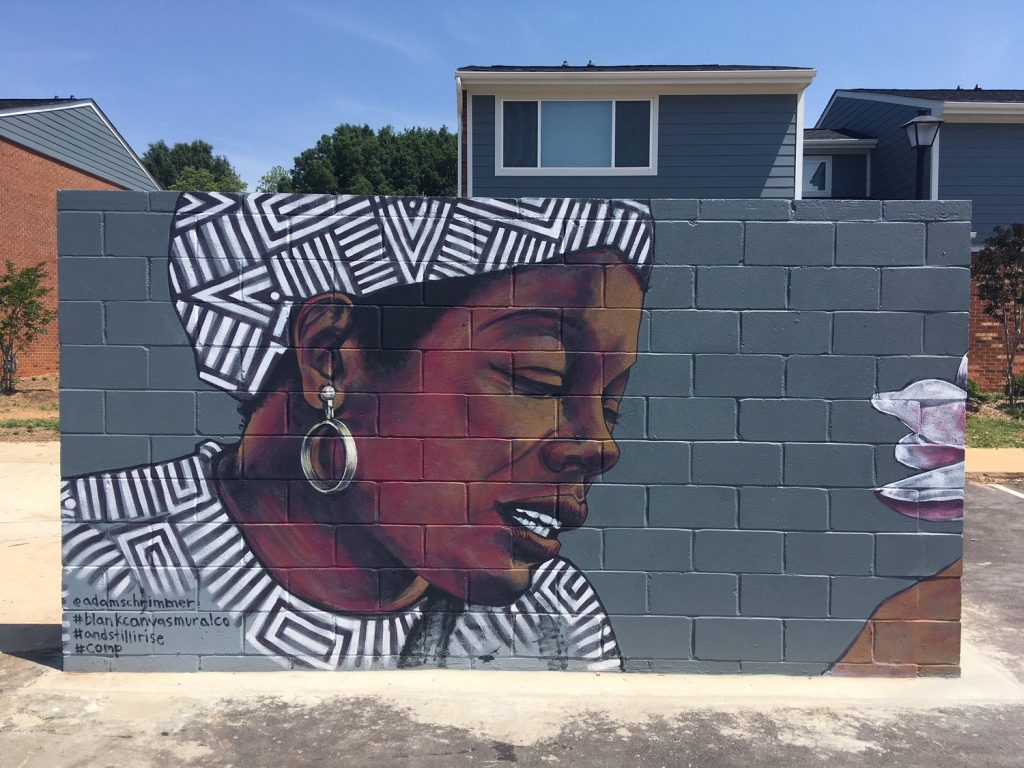 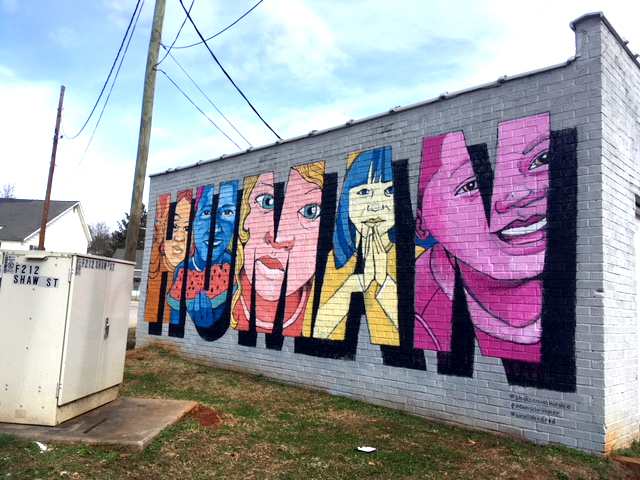 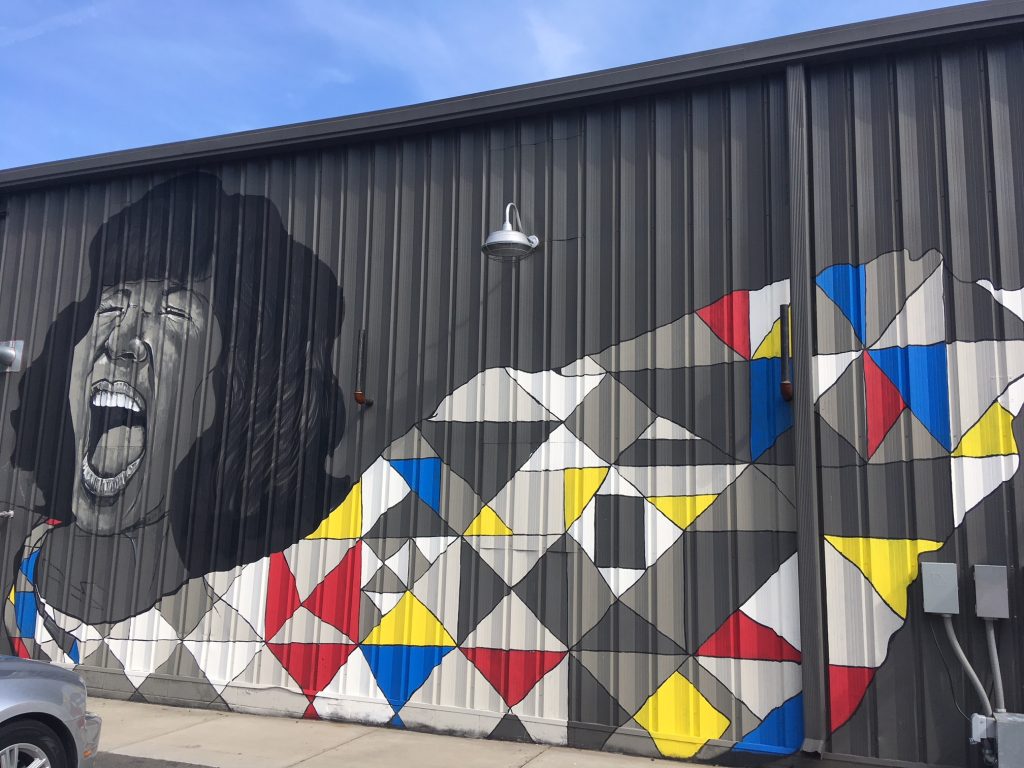 The Dream Theater at The Children’s Museum of the Upstate will open to the public on Saturday, June 5. As for Schrimmer, his next project will be leading Art Adventure Camp at The Children’s Museum focusing on the paper cutout techniques of French artist Henri Matisse. Camp attendees will create a collage design and transform it into a mural outside the museum.