The longtime art teacher had a dream of creating a space where she could bring the community together using the power of the arts.

“For me, the arts are vital for a community, and I think they change you for the better,” Murry said. “I think the arts can heal and having a space where people can come together and experience the arts will make them build connections, they’ll find friends. The arts are so valuable to a community’s health.”

Attending an estate sale in Greenville a few years back, Murry struck up a conversation with a man who commented on her t-shirt that sported the logo of The Handlebar, a popular Greenville music venue that closed in 2014.

“He asked me what I really wanted to be doing,” Murry recalls. “I told him about my idea for a space that could bring the community together through the arts and he said, ‘I may have the space for you.’”

That space was a circa 1940 structure on Cannon Street in downtown Greer that had been everything from a grocery store to a roller skating rink. The man was its owner.

Today, five years later, the building houses The Spinning Jenny and Murry finds herself smack dab in the middle of a growing downtown that is fast becoming an Upstate destination. 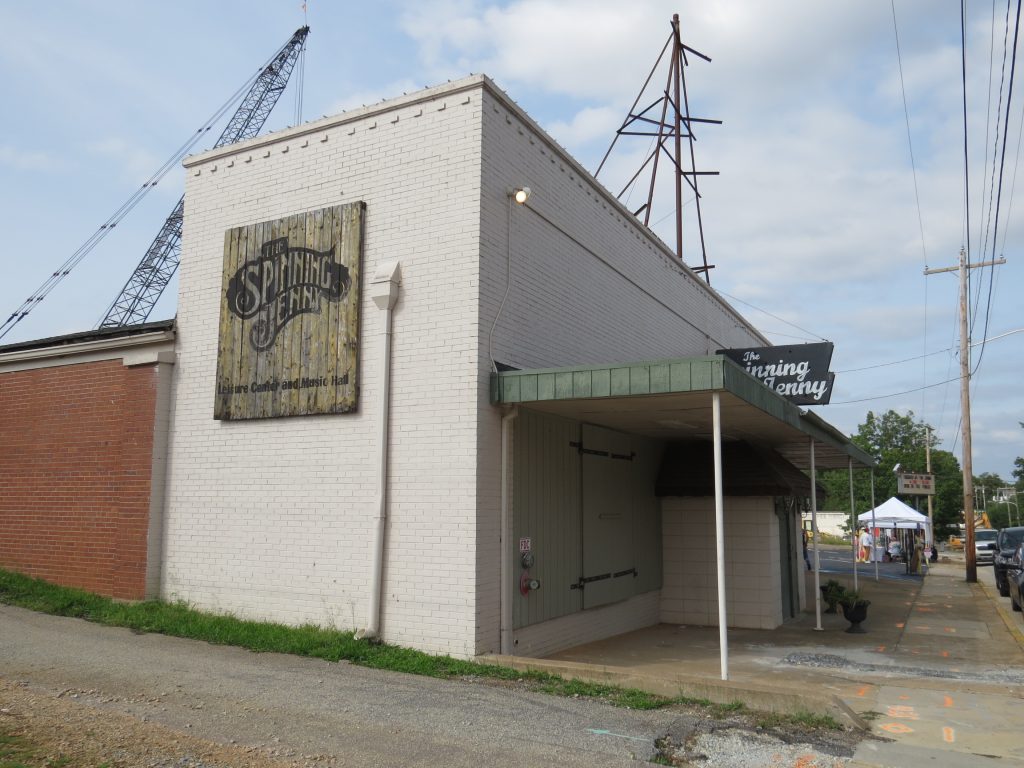 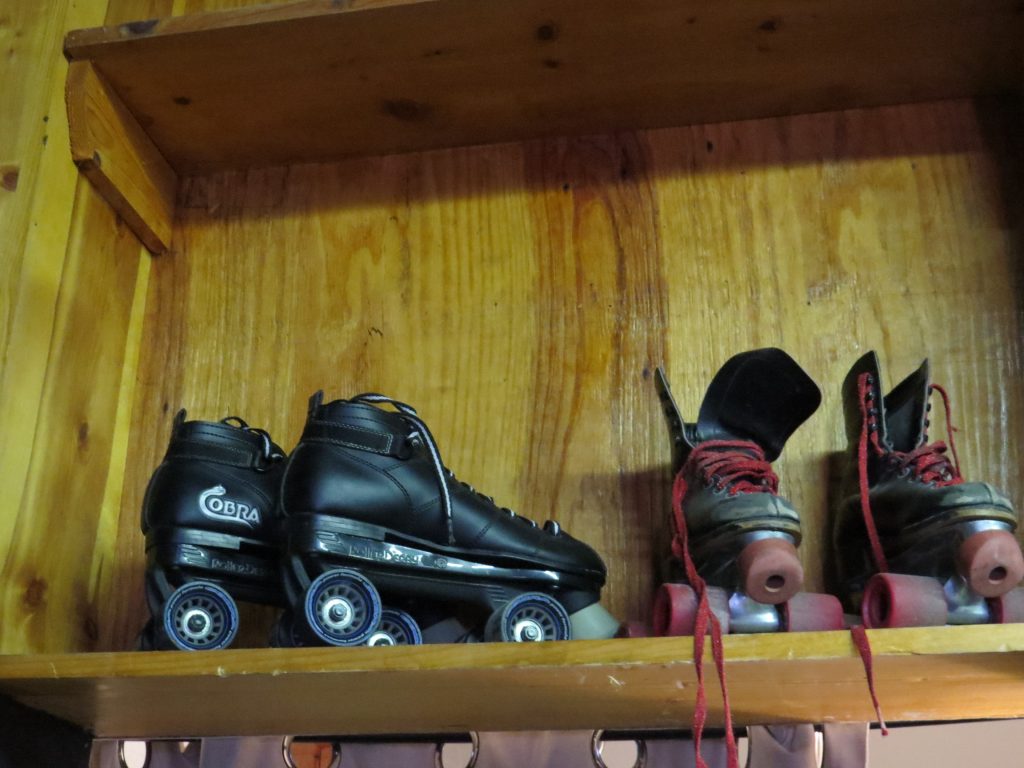 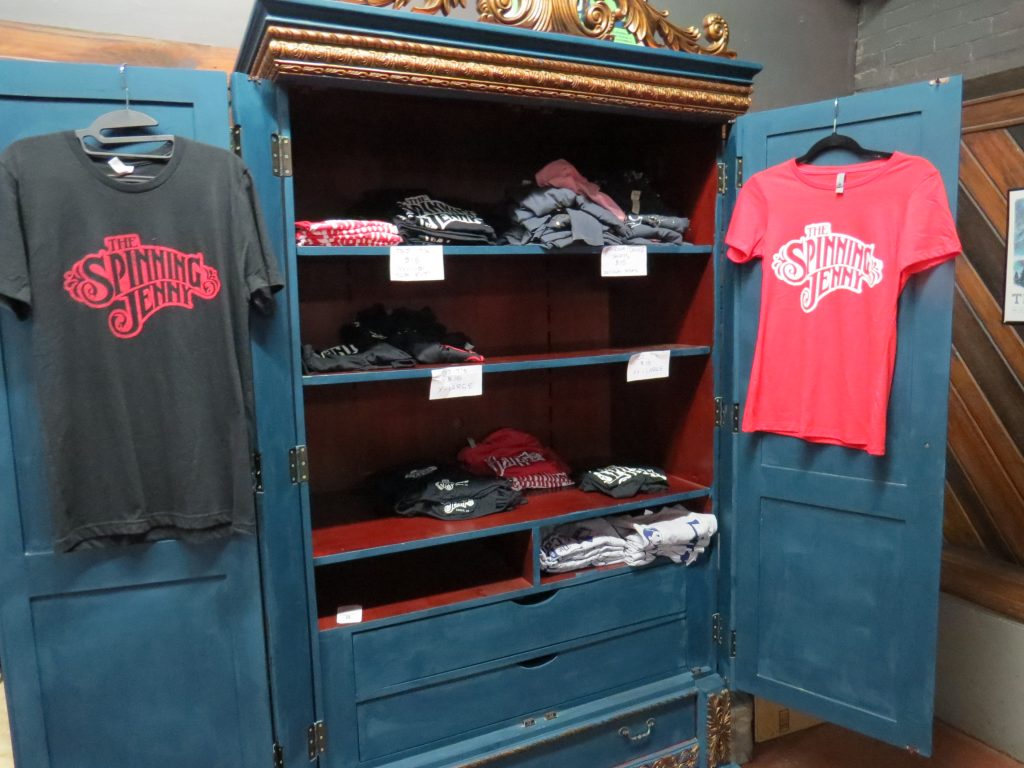 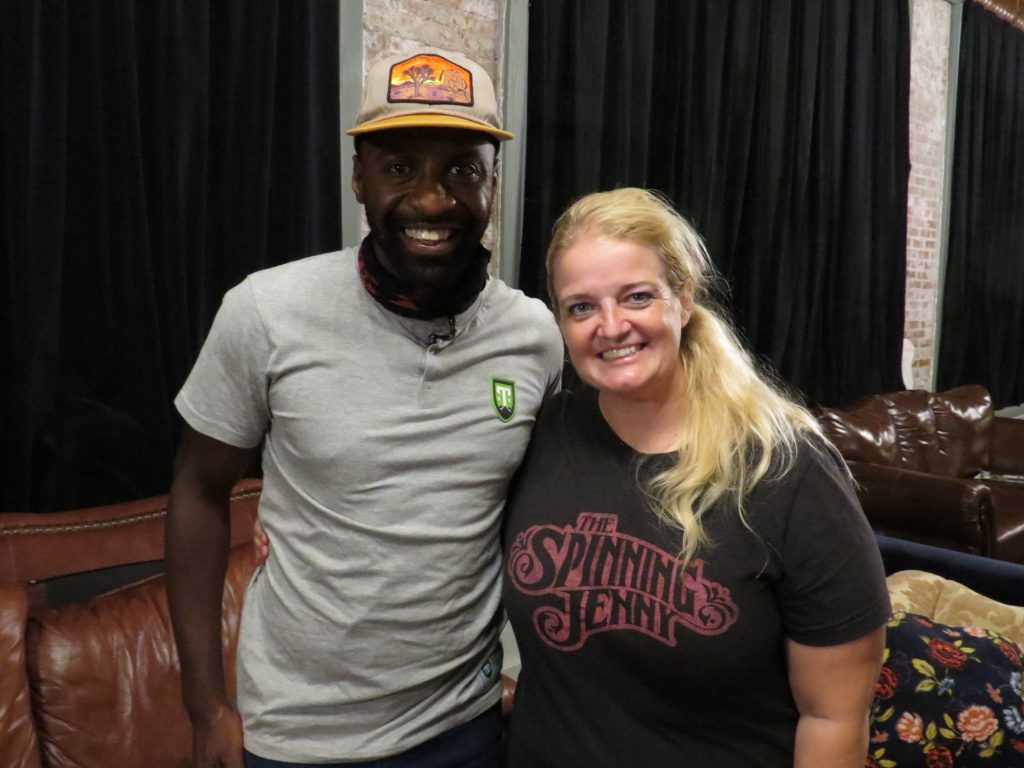 “City planners have had a long-term plan and in the last five years, things have just boomed down here,” Murry said. “I’m really excited for the direction Greer is going. I’m thrilled that we’re here and we’re able to take this little community and say, ‘Hey, look what we can do.’”

With a hotel and parking garage under construction on one side of The Jenny and a residential development being built just down the street, Murry believes The Spinning Jenny will be a popular, preferred venue for residents and visitors.

“The beauty is that Greer is halfway between Spartanburg and Greenville,” Murry said. “We can easily pull from either. And we’re close to the airport and bands love that.”

When it comes to music, Murry is channeling the past success of The Handlebar, showcasing local talent and pulling in regional and national performers. Over the last five years, The Spinning Jenny stage has welcomed Lee Ann Womack, The Lone Bellow, The Wood Brothers, The Sam Bush Band and Rhiannon Giddens, founding member and lead singer of the Carolina Chocolate Drops. And it welcomed home Greenville native Noah Guthrie, a singer and actor who starred in the sixth season of Glee and made it to the semifinals of Season 13 of America’s Got Talent.

Staying true to its mission, The Spinning Jenny extends its offerings beyond the performing arts to feature local artisans. Most recently, Murry launched Tuesdays at the Jenny to give area artisans and craftspeople an opportunity to sell their wares and try to replace revenue lost from the cancellation of area shows and festivals due to COVID-19.

“The vendors came to us and said they had lost everything and needed some opportunities to sell,” Murry said. “They’ve lost so much money because of the pandemic and this is an opportunity to partner with the community and help them.” 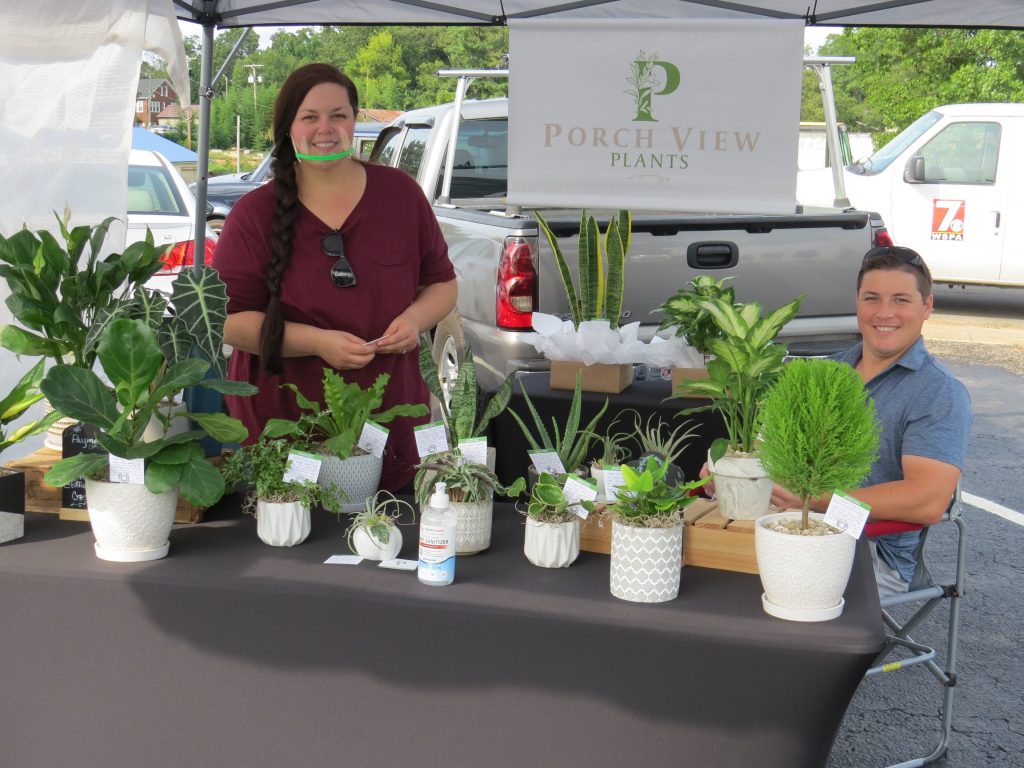 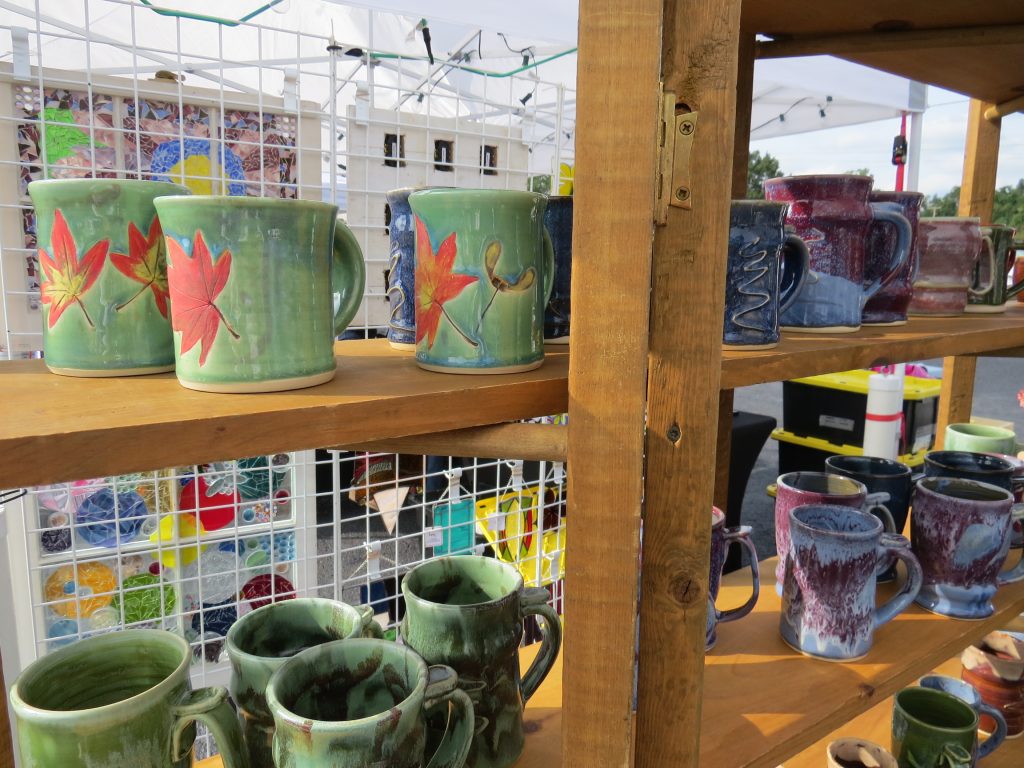 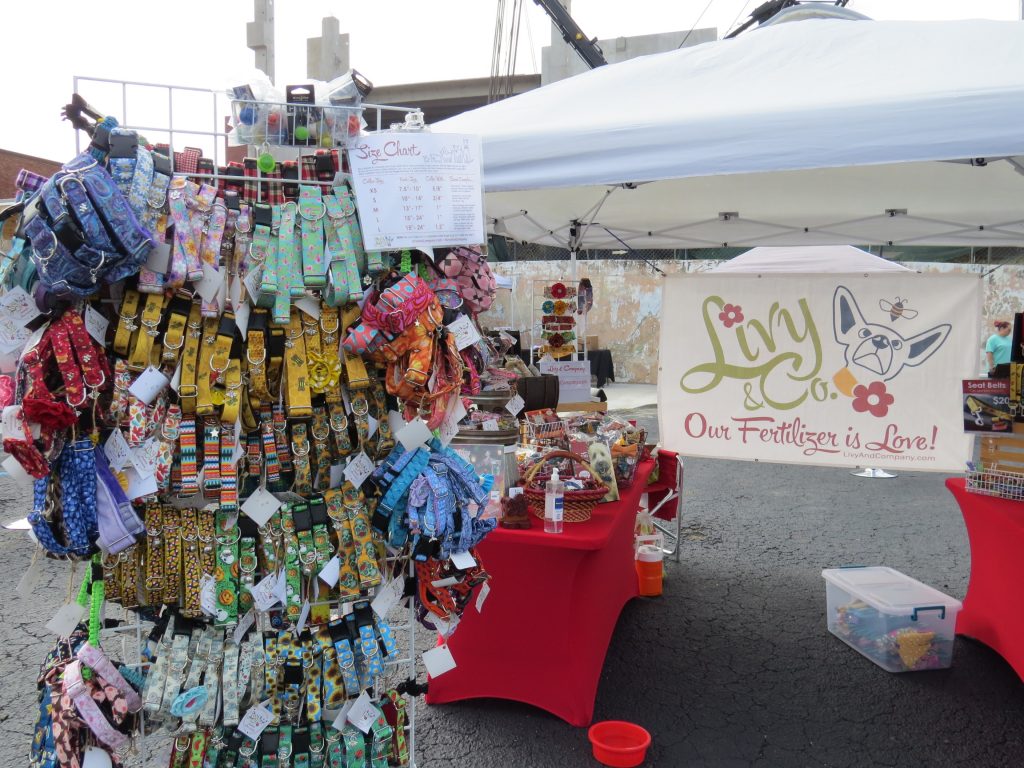 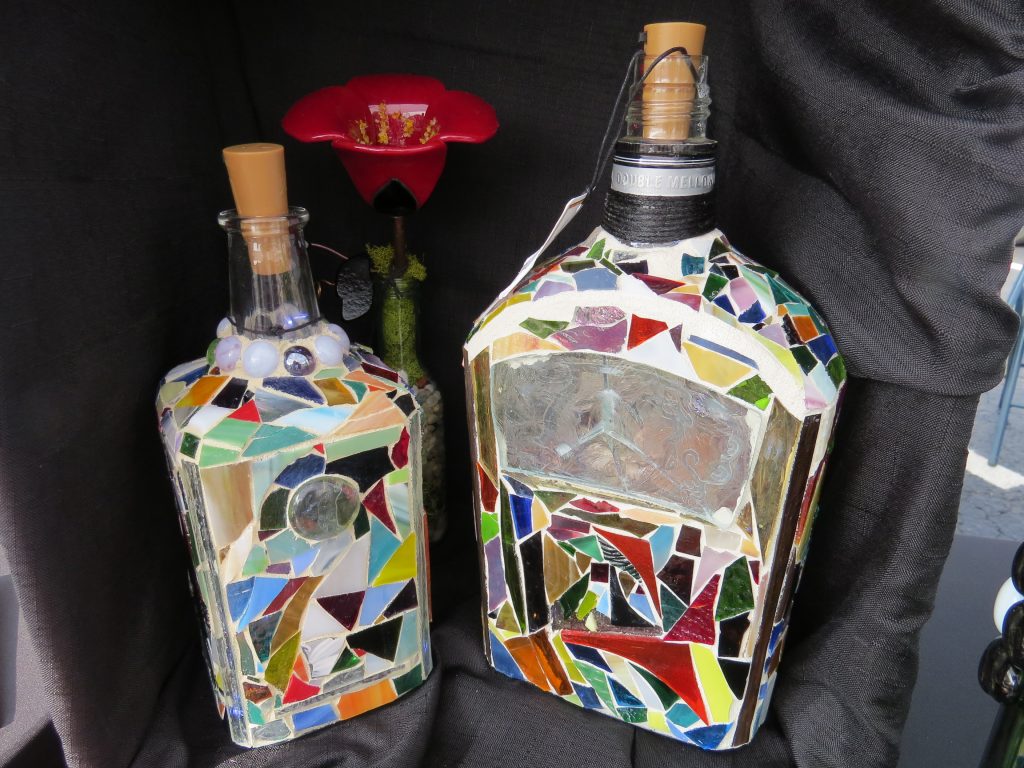 Each Tuesday at the Jenny is a themed event from 4:30 p.m. until 8:30 p.m. in the venue’s parking lot. More than 25 artisans and craft vendors are on hand, along with a food truck and live music complementing the evening’s theme. Upcoming Tuesdays at the Jenny are:

As for weekends at The Jenny, those have filled back up with concerts, dances, film premiers, boxing tournaments, wrestling, comedy shows, theater and private events.

“We’re only able to get going again because we’re partnering with other people,” Murry said. “For me, in order to be a success – and I don’t care what your business is – if you can’t partner with others in your community, then it’s not a success. I don’t care how much money you make.”

To see what’s coming up at The Spinning Jenny, view the full events calendar at thespinningjennygreer.com.