Tuesdays at the Jenny kicks off September 8 in Greer

Besides being a cool name, The Spinning Jenny in Greer is an equally cool gathering spot.

Each Tuesday at the Jenny will be a themed event from 4:30 p.m. until 8:30 p.m., with live music, more than 25 artisans and craft vendors, and a food truck complementing the theme. Each week also will include a best decorated mask content, with prizes awarded for first, second and third place. 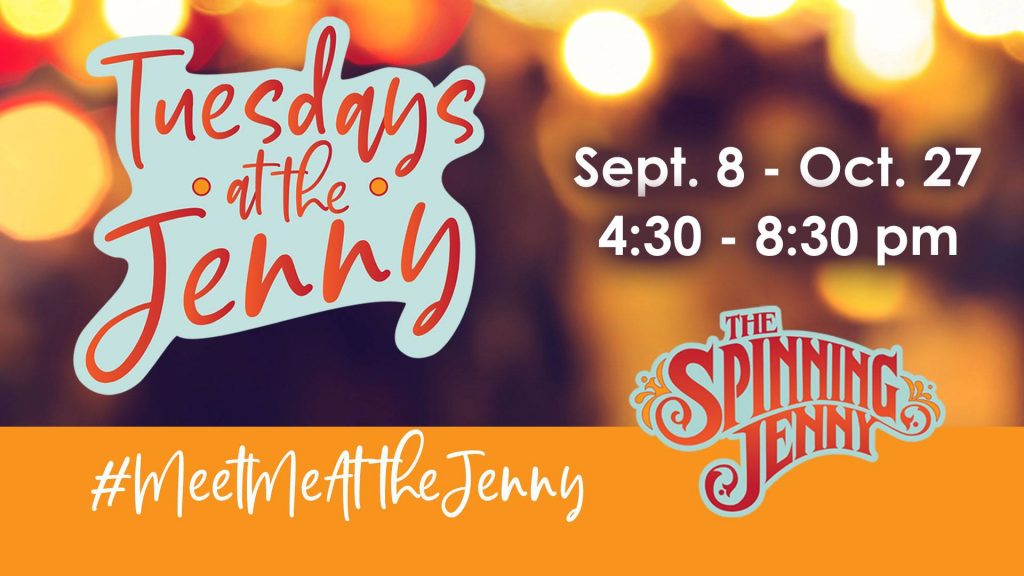 A Greer landmark for almost 70 years, The Spinning Jenny has a varied past. Originally a grocery store, the building has been a feed and seed, roller skating rink, wrestling ring, heavy metal music room and an Opry house.

Now after an uplift, 107 Cannon Street is a venue for live music, theatre, weddings, community events, meetings and festivals. Here is the lineup for Tuesdays at the Jenny, beginning September 8:

September 22:  Barbeque & Bluegrass with Pig On Fire BBQ food truck and music by progressive bluegrass band, My Girl, My Whiskey & Me

September 29:  Night at the Bazaar with Seoul Republic food truck and Belly Dancing by Jaidra