Here’s a Top 7 list of the region’s best-selling authors—a list you may want to reference as you line up your summer reads. 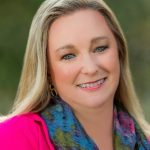 1. Susan M. Boyer is the author of the USA TODAY bestselling Liz Talbot mystery series. Her debut novel, Lowcountry Boil, won the 2012 Agatha Award for Best First Novel and the Daphne du Maurier Award for Excellence in Mystery/Suspense. Susan has authored seven books to date, with more on the way. Her most recent release is Lowcountry Bookshop, in which Lowcountry PI Liz Talbot returns to the streets of Charleston where an epic downpour and a King Tide have flooded the historic streets. A late-night tragic accident along the Lower Battery leads Liz to her next case. A native of Faith, North Carolina, Susan resides in Greenville, South Carolina. 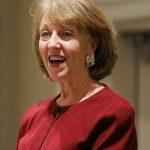 2. Deb Richardson-Moore is the author of a 2012 memoir, The Weight of Mercy, and the Branigan Powers mystery series. In her latest novel, Death of a Jester, clown sightings around town bring jokes to the local law enforcement center and The Rambler newsroom. But when a homeless boy disappears from the encampment known as Tent City, reporter Branigan Powers goes to work on the story and her next case. A Greenville, South Carolina native, Deb has served as pastor of the non-denominational Triune Mercy Center in Greenville since 2008 after working for 27 years as a writer for The Greenville News covering art, theater, general features and religion. 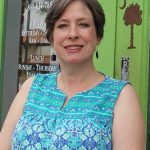 3. Children’s picture book author and teacher Melinda Long has a love for pirates that reaches back into her childhood, when she would bury treasure in her backyard. Today, Melinda is the NY Times bestselling author of How I Became a Pirate and Pirates Don’t Change Diapers. She also wrote Twelve Days of Christmas in South Carolina and Art Smart, Science Detective. A native of Spartanburg, South Carolina, Melinda is a 1982 graduate of Furman University and resides in Greenville. 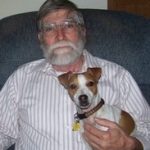 4. Jim McFarlane is the author of Penelope, an exciting tale of adventure, mystery and romance in Colonial America inspired by a true story. In 1640s Amsterdam, the richest city in Europe, near-penniless Penelope Kent dreams of voyaging to America to search for her merchant-father who disappeared on a secretive get-rich-quick scheme. A retired computer programmer, Jim McFarlane is the father of Fiction Addiction owner, Jill Hendrix. Penelope’s story is based on the life of Jill’s 10th great-grandmother. 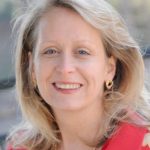 5. Jo Watson Hackl is the author of the children’s middle-grade book, Smack Dab in the Middle of Maybe. Jo was born in Biloxi, Mississippi, not far from Ocean Springs where her favorite artist, Walter Anderson, lived and once painted a secret room. When Jo was 11, she moved to a real-life ghost town, Electric Mills, Mississippi. Mr. Anderson’s secret room and the ghost town were Jo’s inspiration for her debut novel. A resident of Greenville, South Carolina, Jo is an attorney with the Wyche Law Firm, representing clients in corporate, securities and employment law matters. 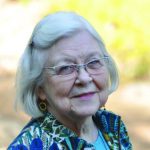 6. Sue Lile Inman, author of Year of the Snake: 1989, is the first author to publish through Fiction Addiction Publishing Services. Set in Upstate South Carolina before the days of the internet, smart phones and tablets, Year of the Snake: 1989 takes place in a time of transition and transformation–where a new South is emerging, but under the kudzu, the heart of the old still beats. A native of Little Rock, Arkansas and alumna of Agnes Scott College in Decatur, Georgia, Sue has taught English at Clemson and Furman universities. She is well-known as a local writing instructor and for her involvement with Emrys nonprofit. 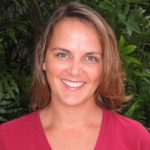 7. Kristy Dempsey is the author of numerous children’s picture books, including The Superhero Instruction Manual. Her forthcoming book, Papa Put a Man on the Moon, was written to honor America’s textile and apparel workers, namely those—including her grandparents—who worked at the Slater, South Carolina mill of J.P. Stevens, making the Beta-cloth used as one layer in the spacesuits of the astronauts who landed on the moon. Kristy grew up in Greenville, South Carolina and now lives in Brazil where her husband is a missionary. She returns to the Upstate often for school visits.

Jill McFarlane Hendrix grew up in Greenville, SC and was the 1991 valedictorian of Southside High School, and one of its first International Baccalaureate diploma recipients. She graduated magna cum laude from Yale University with a B.A. in History. Jill worked briefly in the Editorial Department of St. Martin’s Press and then for a series of internet startups in New York City. She returned to Greenville and opened Fiction Addiction in 2001. She has served as the Treasurer of the South Carolina Academy of Authors and as the President of the Southern Independent Booksellers Alliance. She lives with her husband and three cats in Spartanburg, SC and is an avid rock climber.