The Upstate gets in on the national pickleball craze

It’s a cross between tennis, table tennis and badminton. It’s easy to learn, extremely social and the fastest growing sport in the country.

The pickleball craze has officially hit the Upstate, with about 500 people attending pickleball clinics last year at Greer’s Victor Gym alone, according to Justin Miller, City of Greer Recreation Supervisor.

“If you ask any agency, you’ll see that there’s been a big uptick in this sport,” Miller said. “It’s the fastest growing sport in America and we’ve seen that tremendously in this area. It’s multi-generational, so we see younger adults playing with the seniors. Anybody can play the sport, but our senior population is really eating it up.”

At Upstate Pickleball, John Moore coordinates clinics, private instruction and meetups for about 700 players and growing in the greater Greenville area.

“The attraction with pickleball is that it’s one of those easy to learn, hard to master games,” Moore said. “I can teach someone how to play in about 10 minutes, get them on the court and they have success from the get-go. It’s addictive because you find success from day one.”

Jamie Bertolini, a new Pickleball player from Greer, says he’s hooked after just three times on the court and now wants to get his wife and a friend into the sport.

“It’s a wonderful way to get some exercise that’s not real intensive,” Bertolini said. “I have a couple of bad discs in my back and it allows me to have a little bit of fun without pushing the envelope with injury. And you can be an introvert or an extrovert, and everyone just seems to get along and have fun.”

Played on a court about one-third the size of a tennis court, pickleball requires less movement. And underhanded serving reduces rotator cuff issues that overhead tennis serves can cause. The game is played using a solid paddle made of composite material and a perforated polymer ball, much like a wiffle ball.

“Those who have aged out of tennis or may not have the mobility they once had, enjoy pickleball because the ball doesn’t move as fast so it’s easier to catch up to. That leads to longer rallies meaning having much more fun,” Moore said. 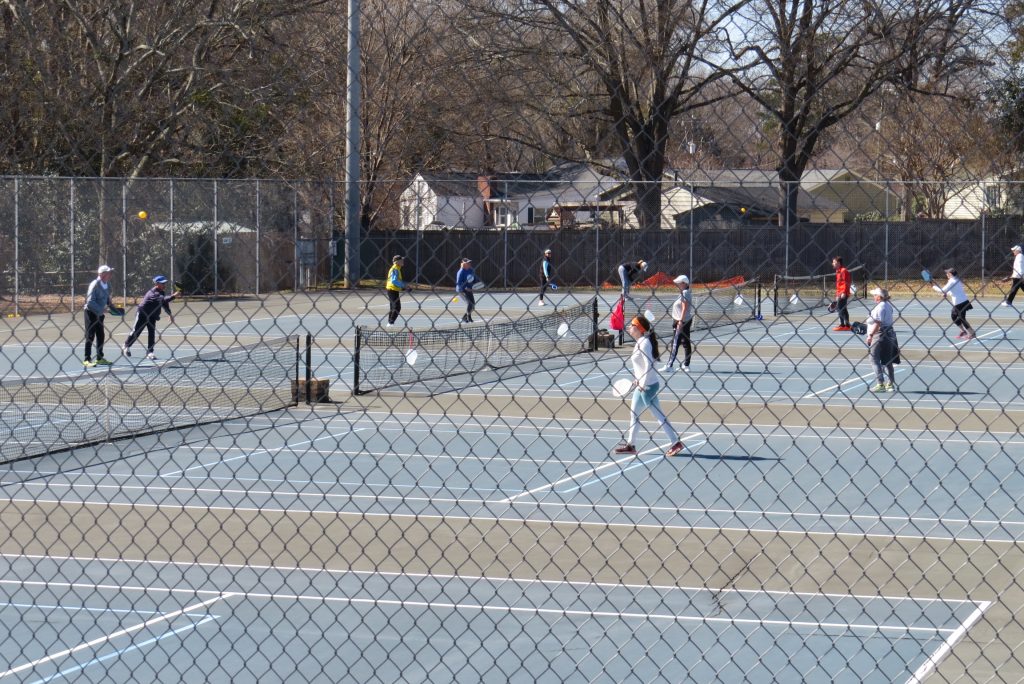 Gower Park in Greenville has modified its tennis courts to accommodate pickleball.

Barbara Chase, who taught and played tennis in Atlanta before moving to Greenville in 2016, agrees.

A graduate of Furman’s Senior Leaders, Chase said her goal at the end of the program was to increase the sport of pickleball in the Upstate.

“It’s a sport for everybody and I would love to see Greenville grow it to be a national venue.”

Sandy Halkett, a golf instructor at Hass Family Golf Center in Greenville, took up pickleball about four years ago and has now teamed up with Moore to present pickleball clinics.

“We simplify it and teach people the right way to play from the start,” Halkett said. “It’s a brand-new sport for so many people. They’re trying to put away tennis and ping pong and badminton. It’s a different sport with new rules that keep it fair and fun. The appeal is that people have so much fun. You can also play in a short period of time and it’s so social, it’s unbelievable.”

The Upstate offers several outdoor venues with pickleball courts where play is free including Gower Park, Timmons Park, Butler Springs Park, Simpsonville Discovery Park and Southside Park in Greenville and Tryon Recreation Center in Greer. There are eight pickleball courts at Pope Field in Easley and six at Anderson Sports and Entertainment Complex in Anderson. 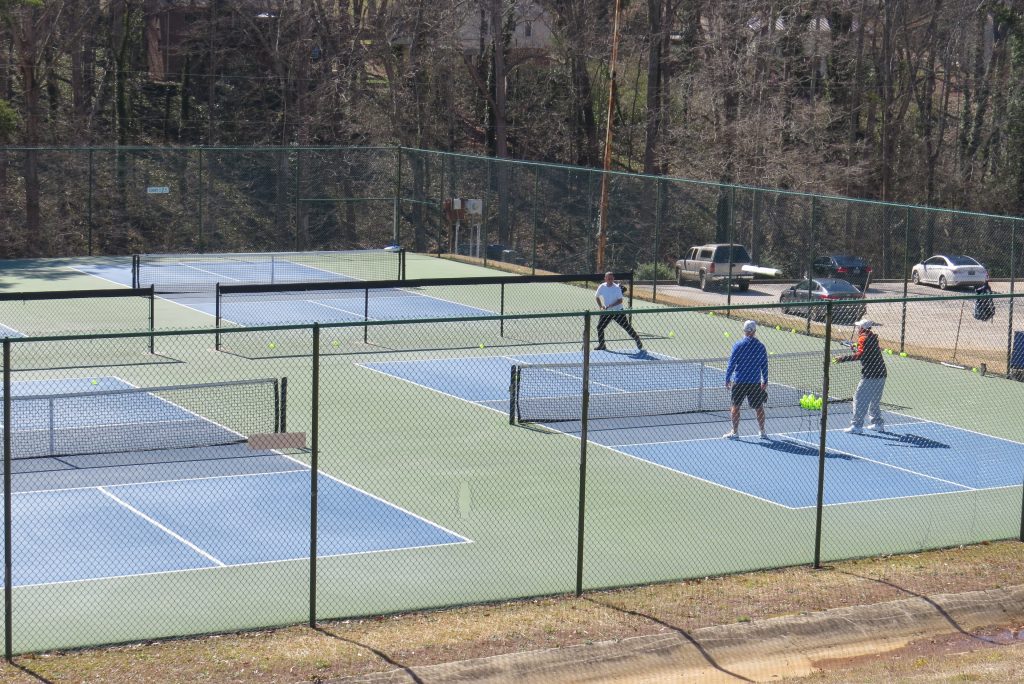 There is a nominal fee to play at indoor venues like Victor Gym in Greer and Sterling Community Center in Greenville, Moore said.

For more places to play, a current playing calendar, and information on clinics and private instruction, visit UpstatePickleball.com.