The Swingin’ Medallions, the Party Band of the South, performing in Newberry on June 12

Get your madras shorts and shaggin’ shoes ready!

The Newberry Opera House will present The Swingin’ Medallions at its Rock the Tower Summer Outdoor Concert on Saturday, June 12, at 7 p.m. The performance will be held on the lawn at Caldwell & Tench Streets in downtown Newberry.

The Swingin’ Medallions earned the name “The Party Band of the South” in the 1960s when they took their big brass section, choreography and high energy performances to frat houses and venues across the South. In 1966, the group released a single called Double Shot (of my Baby’s Love) and the rest is history. It peaked at No. 17 on the U.S. Billboard Hot 100 and was often banned due to the allusions to sex and drinking. The band’s follow up releases, She Drives Me Out of My Mind and Hey, Hey Baby became concert favorites. 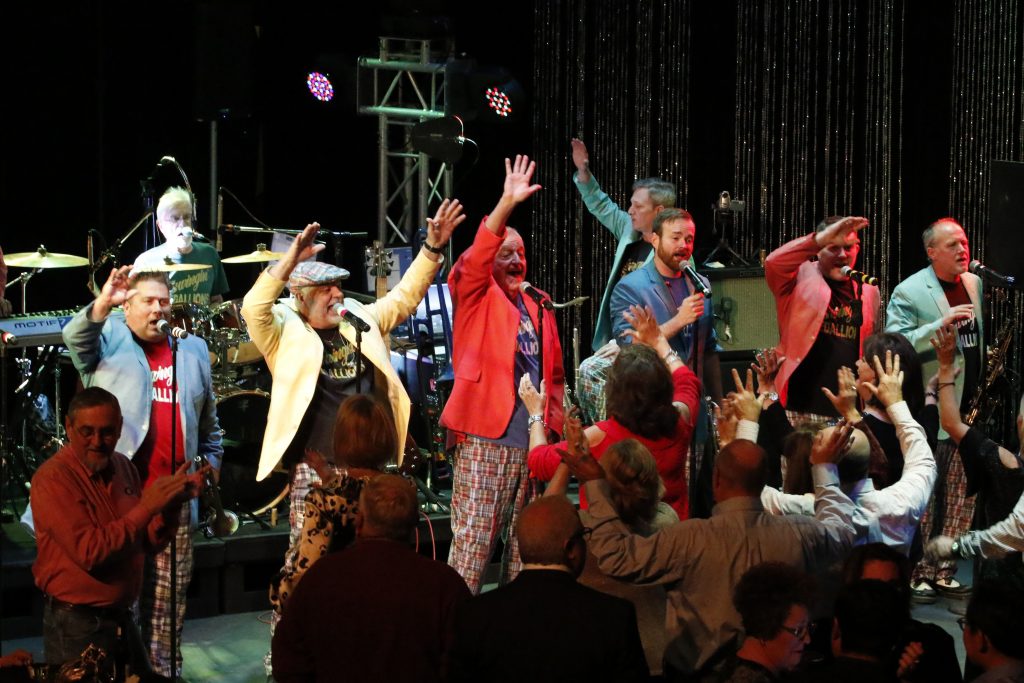 Even stars are fans of the group with Bruce Springsteen inviting The Swingin’ Medallions to join him on stage in 2009 to perform Double Shot. The music has been featured on television and in movies, and written about by Lewis Grizzard who gave The Medallions their moniker “The Party Band of the South.”

While most of the original members were from Greenwood and Ninety-Six, bass player Jimmy Perkins grew up in the Mollohan section of Newberry. When asked about the enduring quality of Double Shot, he commented, “It’s a great dance song. It’s a song that people remember from the old days. It’s got a good rock n’ roll beat. Some songs like that just never grow old…Everywhere we go it is always a first and last for the crowd.”

While the lineup has shifted over the years, current band members keep the party going performing for sold out crowds around the Southeast.

Sax player Chris Crowe has been a part of the band since 1996. When asked how the band has been able to stay strong generationally, he said, “It’s just good music. When seven-year-old kids to 70-year-old adults are dancing to the same music, then you can’t go wrong.”

During isolation, The Swingin’ Medallions broke records with more than 80,000 hits on one of their live streams. To feel the energy of the group’s live performance, you’re invited to this special outdoor event in Newberry, SC on June 12.

Tickets for this special Rock the Tower Summer Outdoor Concert are $35 plus fees. Patrons are asked to bring their own chairs or blankets. No pets please. Beer, wine and other concessions will be available for purchase. Call 803-276-6264 or visit NewberryOperaHouse.com for more information.