Cast two years ago, but sidelined by the pandemic, The Red Velvet Cake War presented by Mill Town Players opens this Friday at Historic Pelzer Auditorium.

Billed as a ‘delicious Southern-fried comedy,’ the play written by Jessie Jones, Nicholas Hope and Jamie Wooten follows three cousins in Texas and their attempt to stage a family reunion. Things spin hilariously out of control when a neighbor’s pet devours everything edible, a one-eyed suitor shows up to declare his love, and a high-stakes wager is made on who can bake the best red velvet cake.

The Red Velvet Cake War features an Upstate ensemble that includes veteran actors and at least one first timer.

“Annette Larsen is playing Mama Doll Hargis and this is her first play ever,” said Ragland, who is directing the show. “She lives right behind the auditorium and walks to rehearsals.” 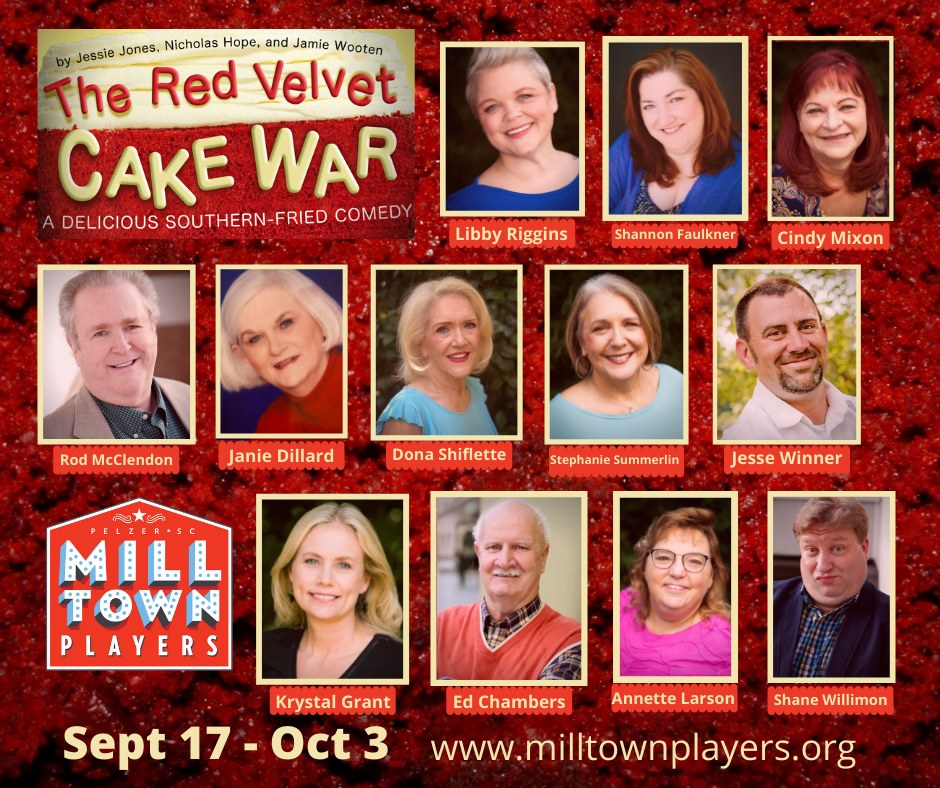 The show runs for three weekends from Sept. 17 through Oct. 3. Showtimes are Thursday and Friday at 7:30 p.m., with two performances on Saturday at 3 p.m. and 7:30 p.m. Tickets are $12 for adults and $10 for seniors, military personnel and students. Masks are encouraged.

The Red Velvet Cake War comes on the heels of a successful run of Steel Magnolias at Historic Pelzer Auditorium that drew more than 5,000 attendees, Ragland said. “It was the most attended non-musical show we’ve ever done,” he said.