Watched by more than 62 million households, the Netflix series The Queen’s Gambit has created an explosive interest in chess, sending sales of boards, t-shirts and other chess-related merchandise soaring.

It also has spiked the interest in Upstate chess clubs and scholastic programs for elementary, junior high and high school students, according to officials with the South Carolina Chess Association. And while Upstate chess clubs have suspended in-person meetings due to the coronavirus pandemic, online chess has seen a marked increase.

“Every now and again, something comes along to stimulate the sport,” said Gene Nix, President of the Greenville Chess Club and a life member of the U.S. Chess Federation. “We’re seeing a lot of enthusiasm nationally and in South Carolina as a result of The Queen’s Gambit, especially from parents who want to get their kids into chess.”

Recruiting young players, especially girls, has been the work of Maureen Grimaud of Columbia who is past chair of the U.S. Chess Women’s Committee.

“Most of us feel that The Queen’s Gambit was extremely accurate as far as the game goes – the patterns, the moves, the tournaments,” Grimaud said. “But most women agree that the series was a bit too nice in terms of the harassment female players receive.” 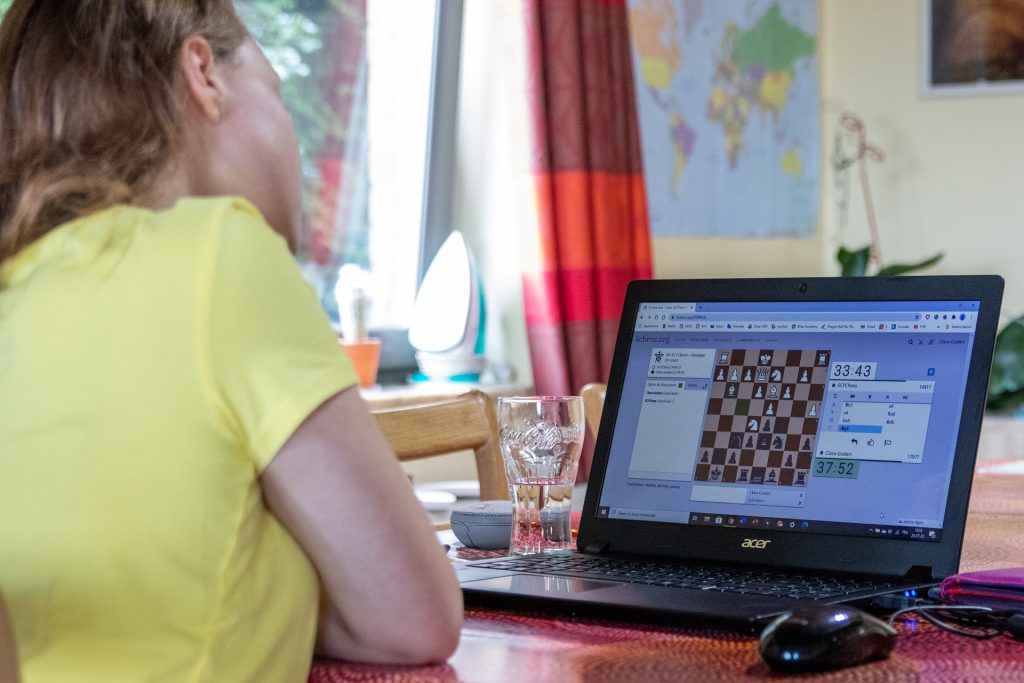 Grimaud and her women’s chess committee began actively recruiting more females to the male-dominated sport in 2015, creating initiatives such as girls clubs that allow female players to connect between games over casual chess and presentations by top female players. Online girls clubs were launched in 2020, with more than 5,000 signups.

“There are behavioral differences between females and males,” Grimaud explained. “It’s not a matter of who is smarter or who is the most competitive, the fact is that females like to socialize and do things together, and their thinking patterns are different.”

The national campaign paid off with the number of new female players breaking all records in 2015, and the girls clubs giving female players an environment to hone their skills and increase their confidence.

“Chess teaches children self-discipline, etiquette and how to win and lose with grace,” Nix said.

For those interested in learning chess, Nix recommends reading books for beginners or viewing the array of YouTube videos available online. For young players, several elementary, middle and high schools in the Upstate now have chess clubs. The Charlotte Chess Center & Scholastic Academy is another good resource for young players, Nix said.

There also are chess coaches in the Upstate who give private lessons. For more information, contact a chess club in your area:

Clemson
The Clemson Chess Club meets weekly during the spring and fall semesters from 7:00 to 9:00 p.m. on Tuesday evenings in Room 135 in Lehotsky Hall on Clemson’s campus. Visitor parking is available across from the Hendrix Student Center. Contact Brandon Alverson, (864) 650-6750.

Greer
The Greer Chess Club meets Tuesday nights from 6:30 to 9:30 p.m. on the Greer campus of Greenville Technical College.

Spartanburg
The Spartanburg Chess Club meets on Tuesdays 7:00 to 10:00 p.m. at the Tyger River Campus of Spartanburg Community College. For more information contact Keith at (864) 579-4536 or email spartanburgchessclub@gmx.us. Follow the club on Facebook.