The Pound Cake Man grows ‘cakehead’ following across the Upstate

Jeff Bennett estimates that he baked close to 4,000 pound cakes last year. He made 850 in December alone and during last October’s Fall For Greenville festival, he baked 135 over the three-day event.

Livin’ Upstate caught up with The Pound Cake Man recently at Total Wine in Greenville where he was serving cake by the slice from his Clemsonesque orange and purple food truck. The four-hour stint at Total Wine was followed by a gig at Greenville Triumph Fan Fest. 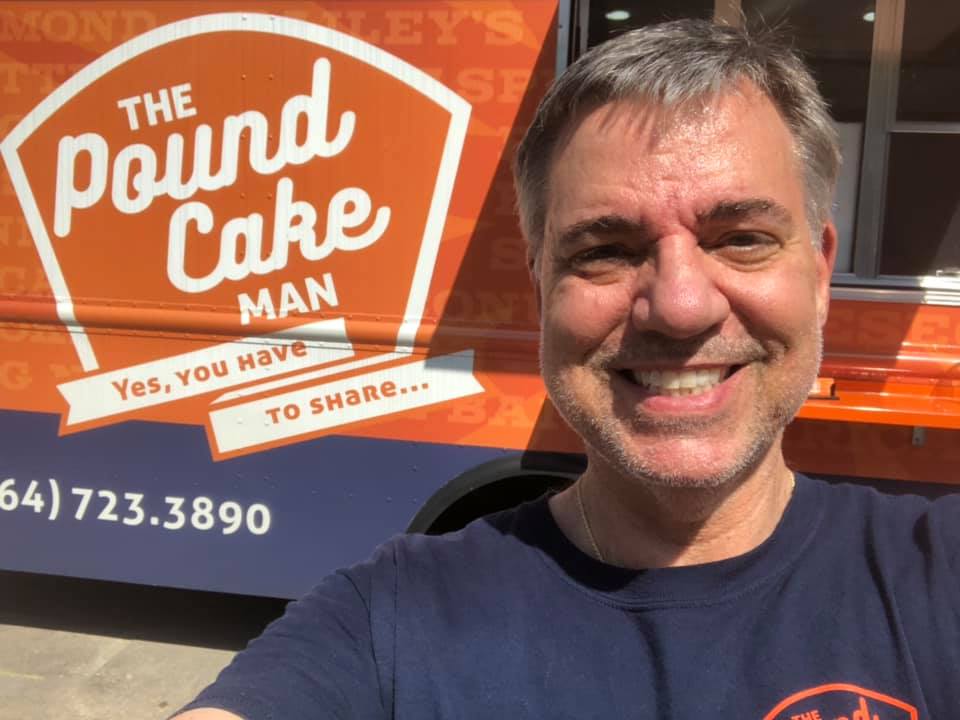 “I bought the food truck three years ago as a giant billboard to promote my whole cake business,” Bennett explained. “Now I’m averaging two or more events a week selling cake by the slice.”

The Pound Cake Man offers five cake flavors from the truck – always classic, chocolate-chocolate chip and banana pudding and two seasonal flavors such as lemon and strawberry in the summer and pumpkin and cinnamon apple in the fall. “Banana pudding is by far the number one seller,” Bennett says. “One slice and you’re hooked.” 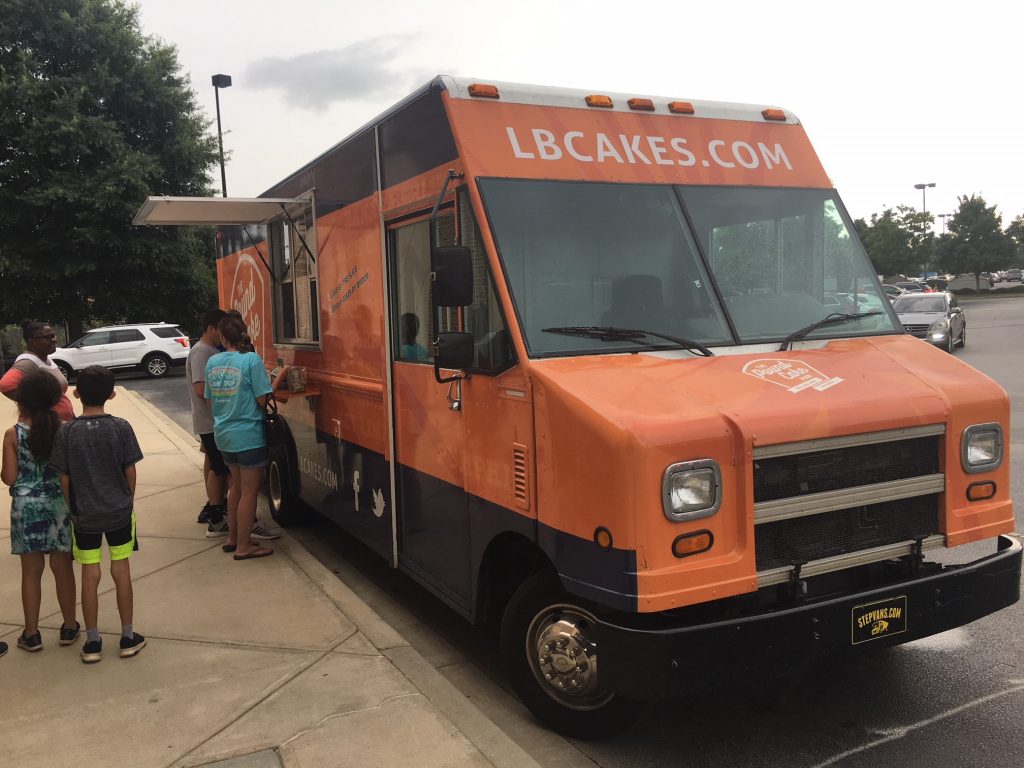 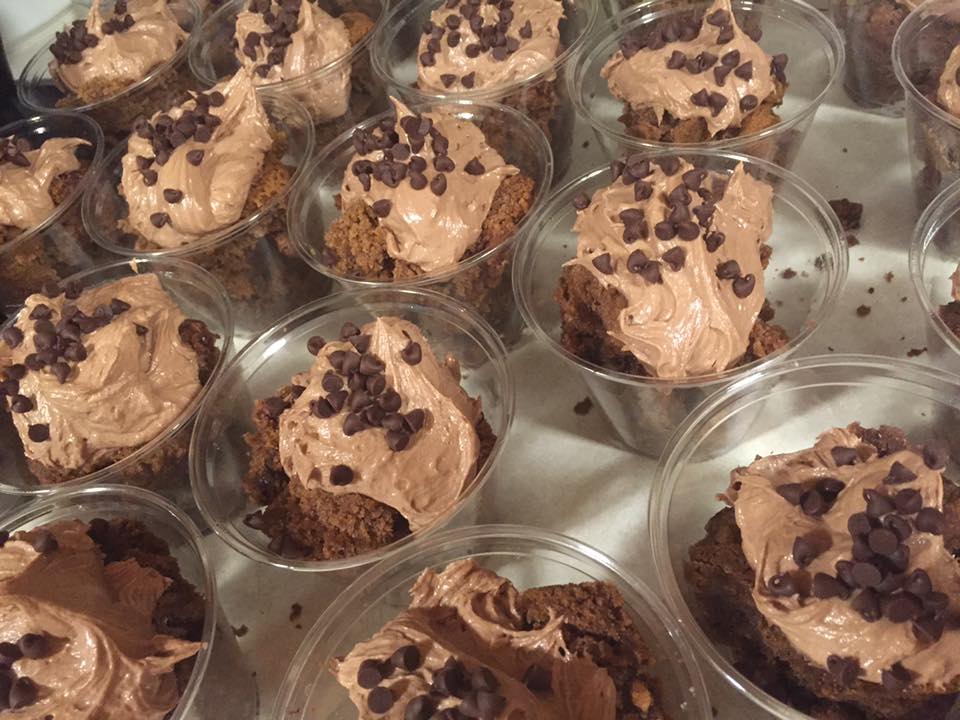 On the whole cake side, The Pound Cake Man offers 40+ flavors and will even customize with a little Bailey’s Irish Cream, rum or a specialty brew, upon request. Cake by the slice with a flavored cream cheese icing is $4, whole pound cakes are $30 and whole pound cakes with alcohol are $35.

Despite a healthy Facebook following and a growing band of groupies that Bennett affectionately calls ‘cakeheads’, The Pound Cake Man, for now, is keeping his day job as a freelance videographer and producer. Which is how this cake thing got started. 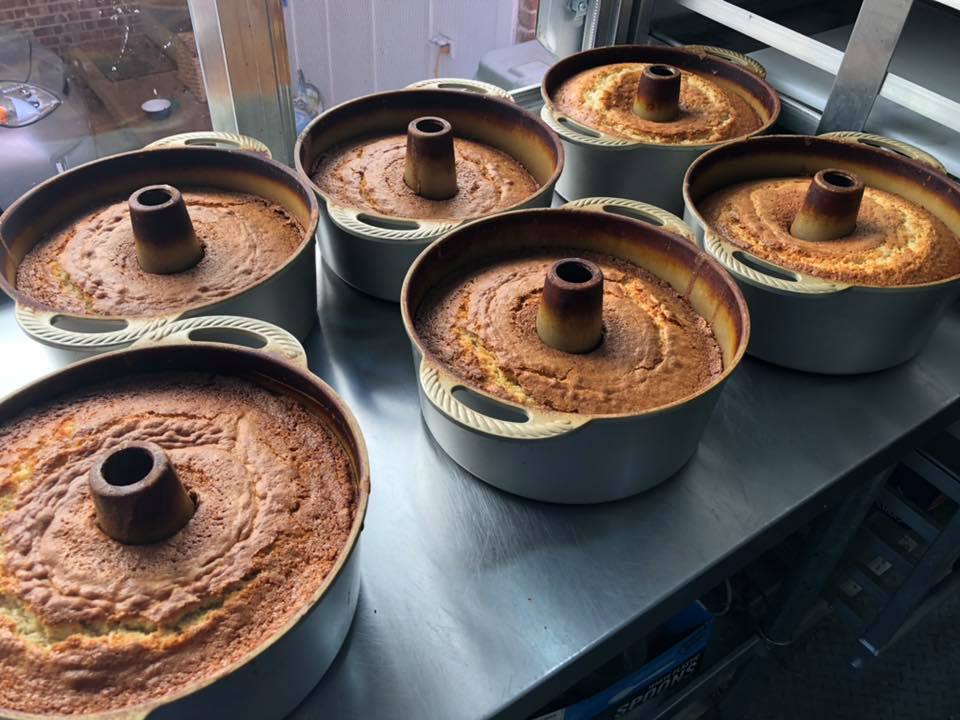 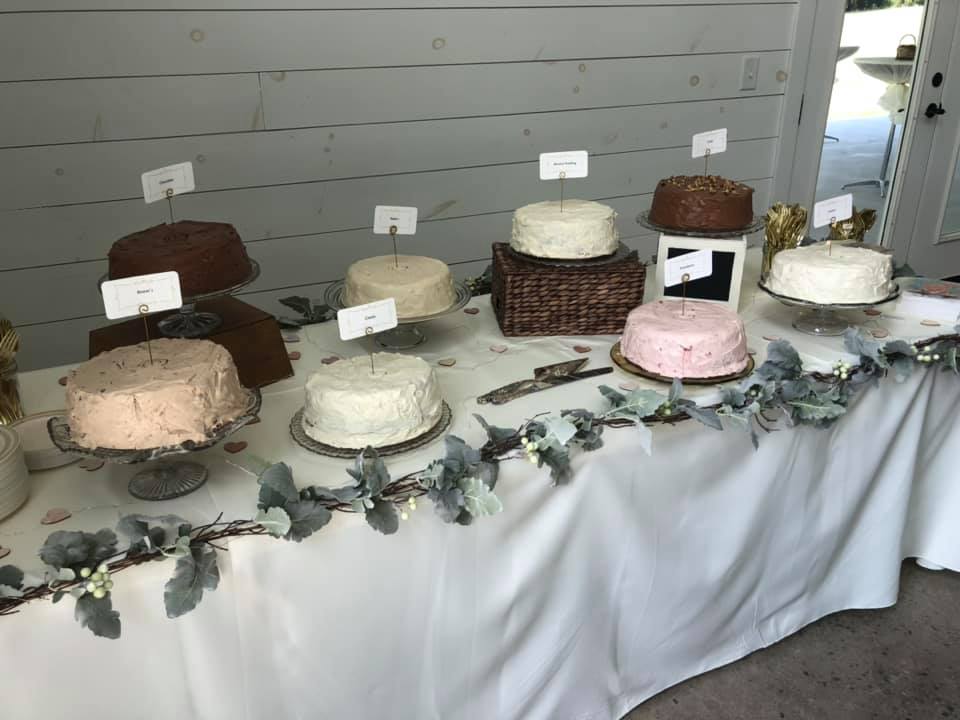 “As a kid, I would bake with my grandmother, so I use her basic pound cake recipe. When there was a birthday or special event at work, I would bake a pound cake. Then, I started baking them as Christmas gifts for my clients and everyone loved them,” Bennett said. “I started getting requests for flavored pound cakes, and now I’ve perfected more than 40 flavors.”

Word of mouth and social media keep The Pound Cake Man’s ovens hot, with a lot of credit going to a Clemson parent who contacted him about baking a cake and delivering it to her daughter on campus.

“The mom shared it on the Clemson Parents Facebook page and that’s when things really took off,” he said. An old hand on the Clemson campus (his Dad, George, headed IPTAY for many years), Bennett now frequents the campus serving up pound cakes for birthdays, exam week or when someone is just having a bad day.

If you’d like to visit The Pound Cake Man online, go to lbcakes.com.