The Beacon has been feeding people a-plenty for 75 years

From local food lovers to a former U.S. president, the Beacon Drive-In in Spartanburg has been feeding people a-plenty since 1946. The Beacon celebrates its 75th anniversary in 2021, but other than a move and three expansions, not a lot has changed at the local landmark.

“I’ve never seen a place that’s changed so little in a world that has changed so much,” said Steve Duncan, who purchased the Beacon in 1998 with partners Karen Harwell and Mark McManus when original owner John B. White Sr. retired. “We do have some new technology, different apps where you can order online and get it delivered, but our ordering is the same, our food is the same, and a lot of our folks are the same.”

Known for its plates a-plenty, the Beacon’s top seller is the Chili-Cheese A-Plenty, a chili-cheeseburger buried underneath piles of sweet onion rings and french-fried potatoes. Other fan favorites a-plenty include the sliced pork sandwich, hash barbecue, perch and Beacon burger. 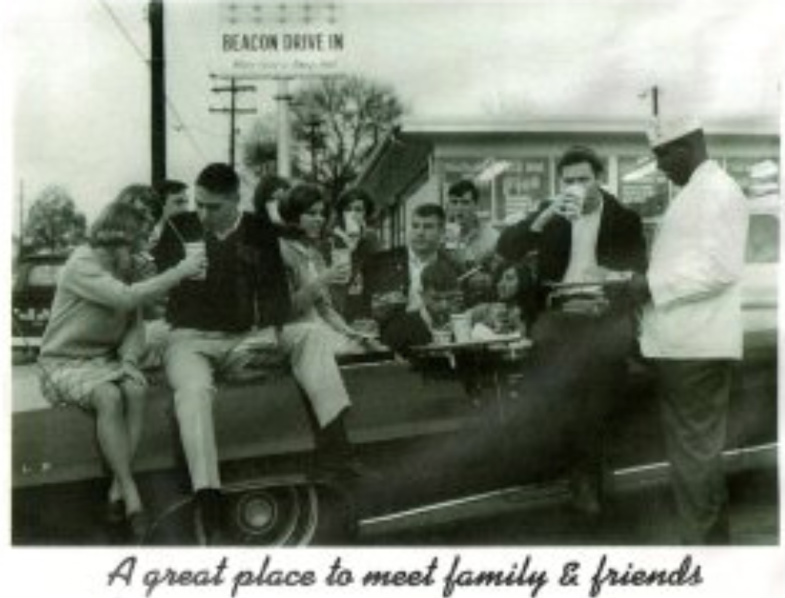 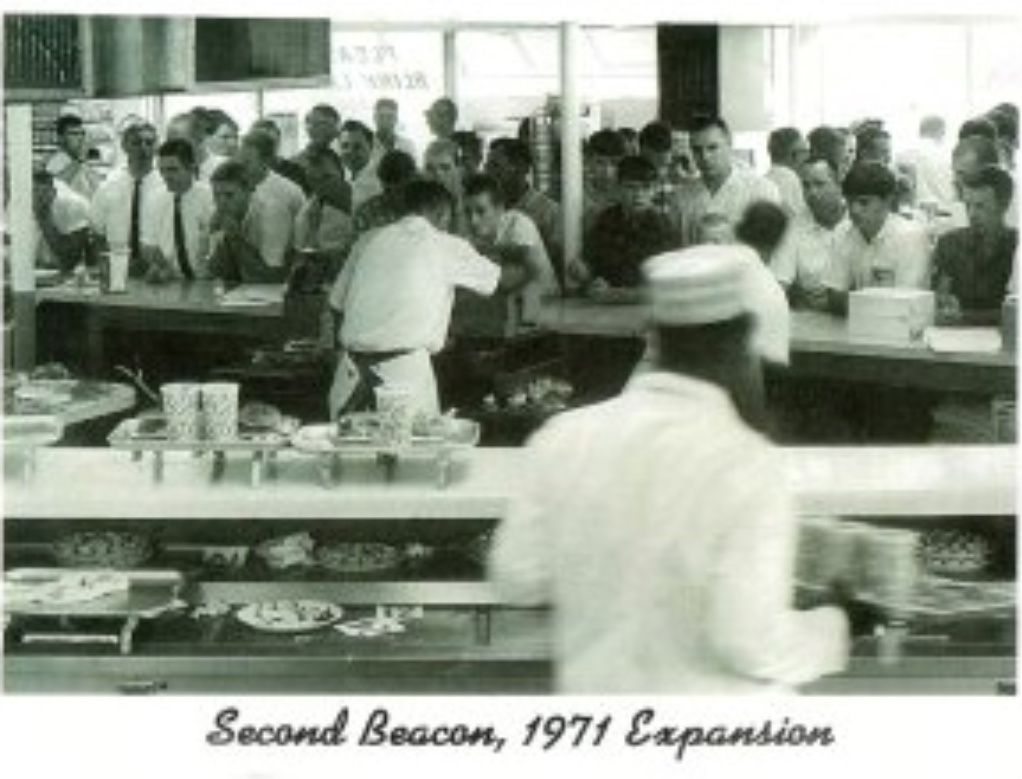 The Beacon also boasts the best homemade chicken stew in town and serves more iced tea than any other restaurant in the world, owners say. For those unfamiliar with the restaurant’s renowned beverage, Beacon Iced Tea is a Southern-style, generously sweetened tea with a splash of lemon, served in a cup packed with shaved ice.

Open seven days a week, the Beacon serves around one million customers each year. That translates into three tons of onions and potatoes used weekly, and four tons of beef, chicken and seafood prepared each week. The restaurant makes 62,500 gallons of tea each year – enough to fill 24 tanker trucks – using 3,000 pounds of sugar every week. 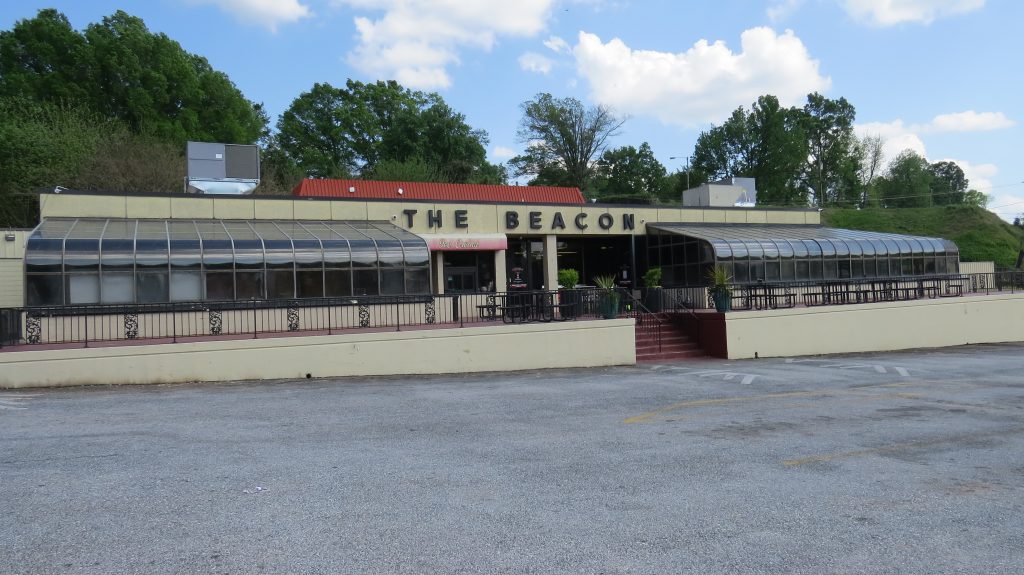 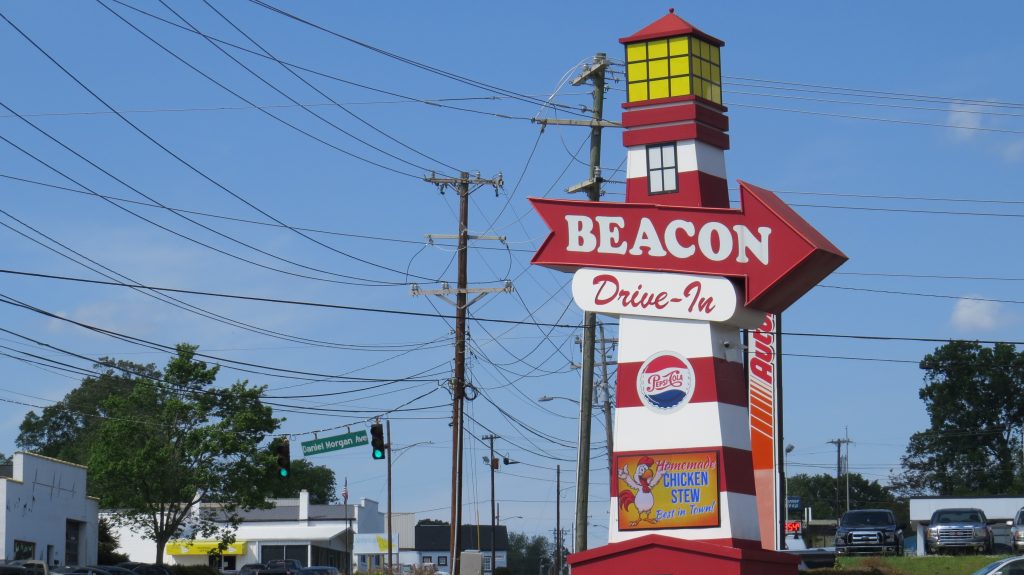 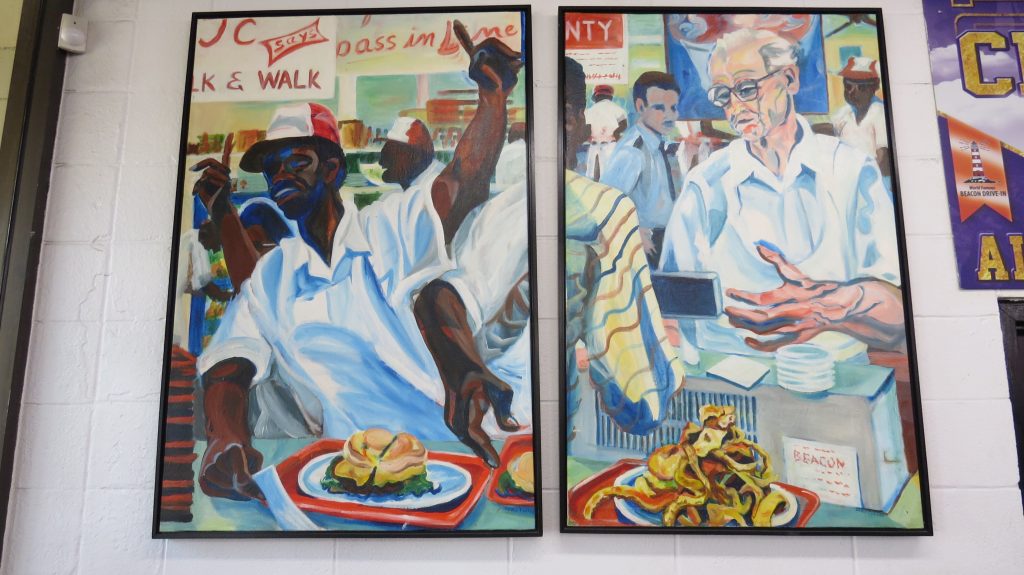 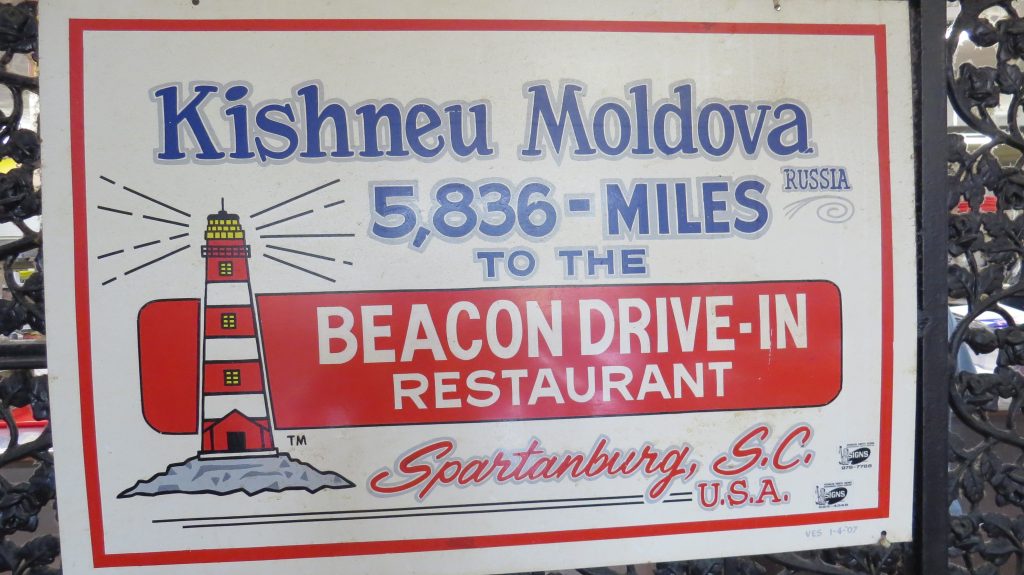 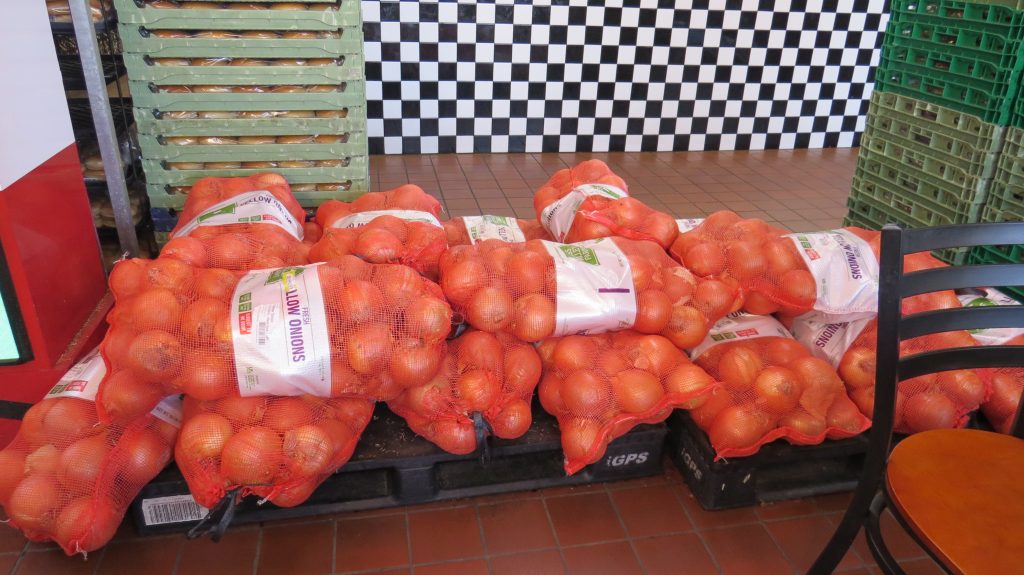 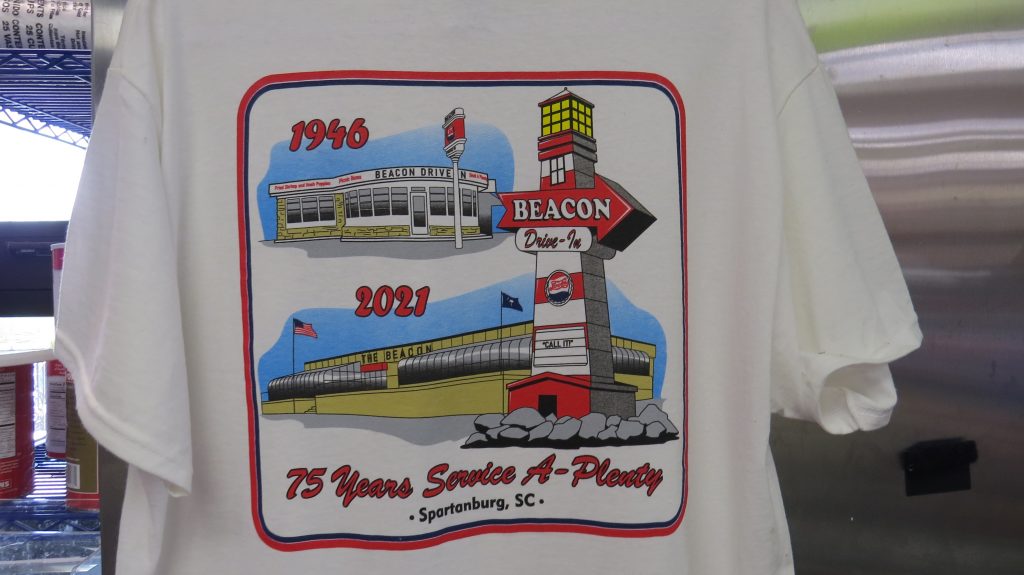 In June 1999, the Beacon expanded to create the Beacon Dairy Bar, which offers more than 20 ice cream flavors, along with Beacon shakes, malts and the Pig’s Dinner, a hearty banana split.

Beacon associates, some of whom have worked at the Spartanburg restaurant for three, four and five decades, know every inch of the extensive menu, making ordering quick and easy.

“It’s the same system that Mr. White started out with,” Duncan explains. “You go to the end of the big, long counter, tell my first guy what you want and he’s going to turn around – we’re not going to write it down – we’re going to scream it out, remember it and fix it.”

Fittingly, the Beacon sits along John B. White Sr. Boulevard, which was named after the legendary local restauranteur in 1999. A couple of streets over is J.C. Stroble Boulevard, named for the longtime Beacon employee who barked out orders there for several decades. 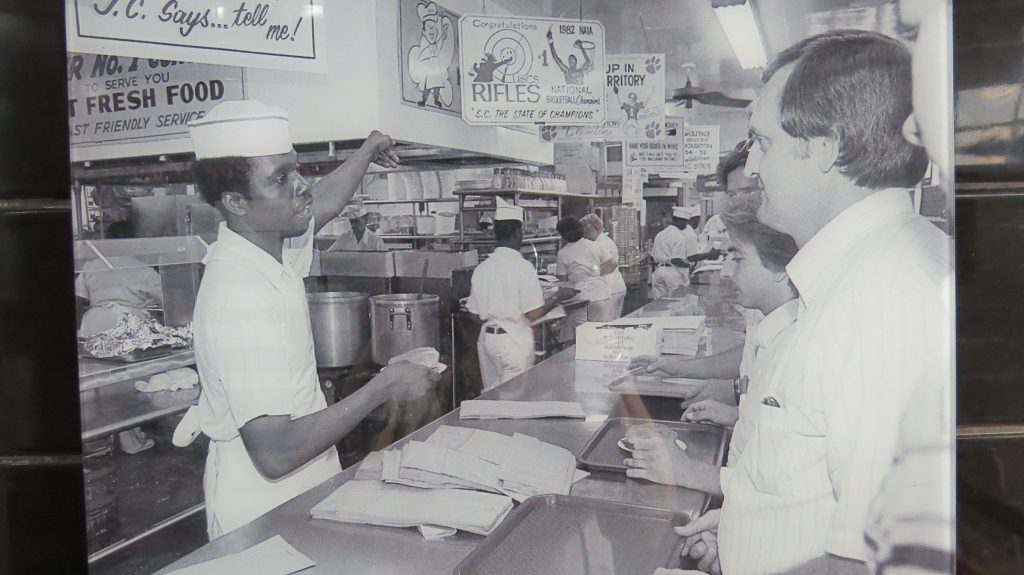 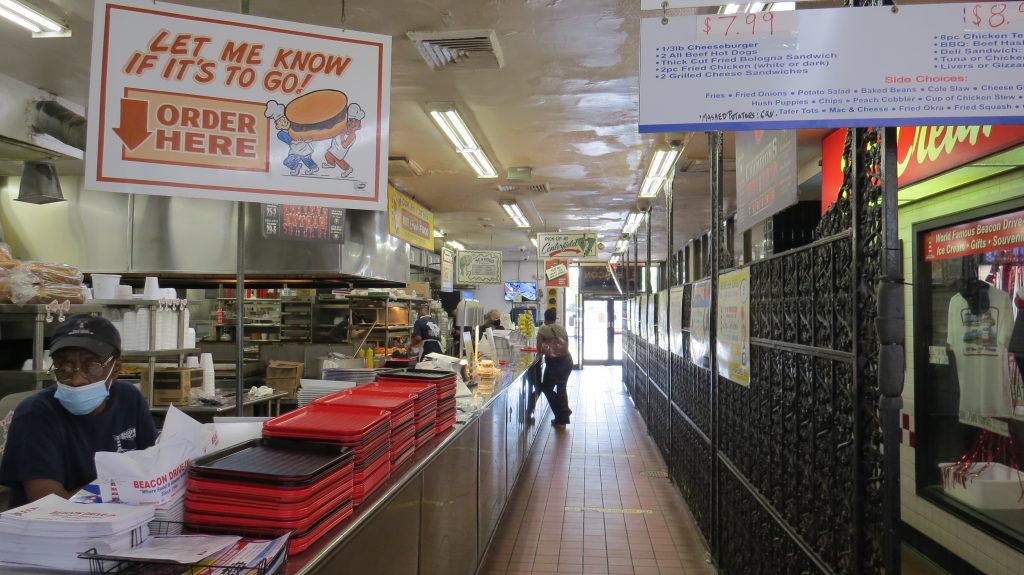 A local stump spot for those running for elected office, the Beacon has welcomed its share of famous faces including former President George W. Bush, professional athletes and others. But for area residents, it’s the local hangout that’s been handed down to the next generations.

“To me, the Beacon is synonymous with Spartanburg,” Duncan said. “You haven’t been to Spartanburg unless you’ve been to the Beacon, that’s my opinion.” 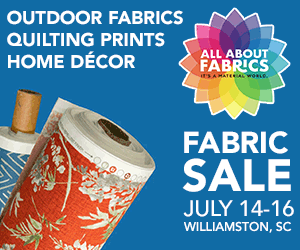