Editor’s note:  Inclement weather postponed Greenville’s Textile Heritage Day celebration originally scheduled during August. It will be held this Saturday, October 5, from 10 a.m. until 3 p.m. at the site of the new Textile Heritage Park on Smythe Street. Added to the event’s original lineup is Kay Crowe Bayne, a singer who grew up in the Poinsett Mill Village and has traveled across the country sharing her rendition of Patsy Cline in theaters.

In the 1920s, it was known as Central Park — the site of parades, pageants and dinners on the ground. Years later, it was paved to become a parking lot for workers at Greenville’s Monaghan Mill.

When completed next year, the six-acre site along Smythe Street in the former Monaghan mill village will again be a gathering place for the community as Textile Heritage Park. 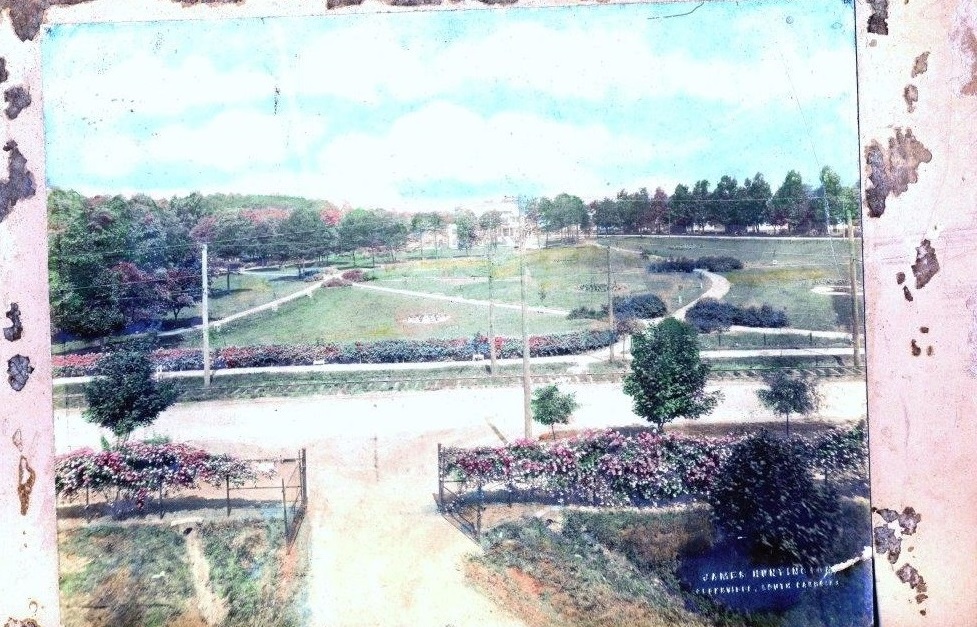 The site of the future Textile Heritage Park was once Central Park. 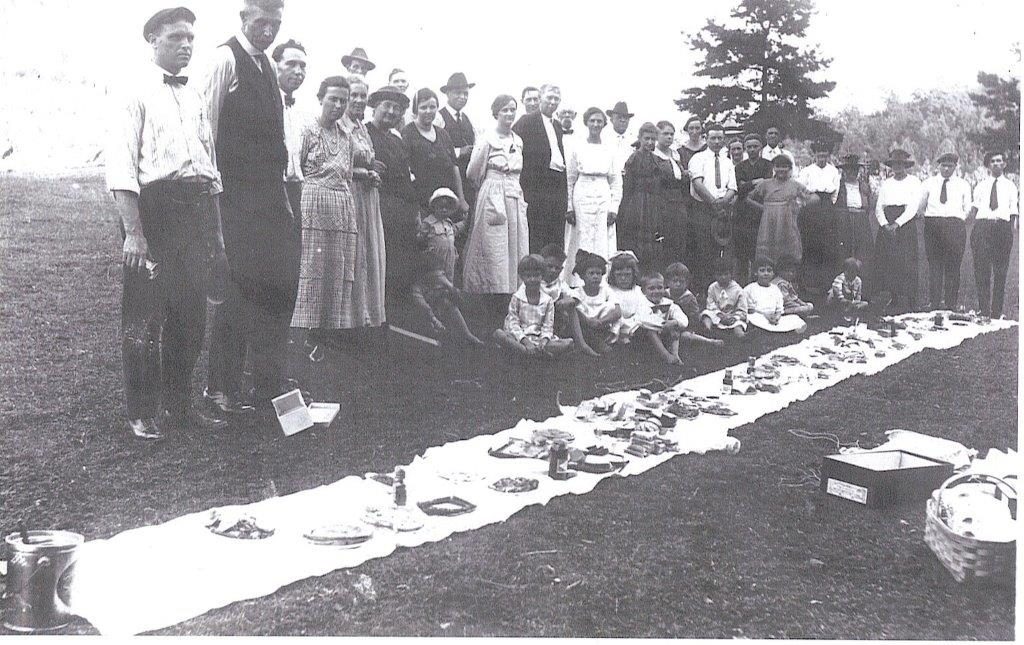 Monaghan Baptist Church Dinner on the Ground (circa early 1920s) in Central Park.

The park has begun to take shape with installation of the Mill Walk, a walking trail with 13 alcoves dedicated to the history of 12 mills along the Textile Crescent and Parker High School. 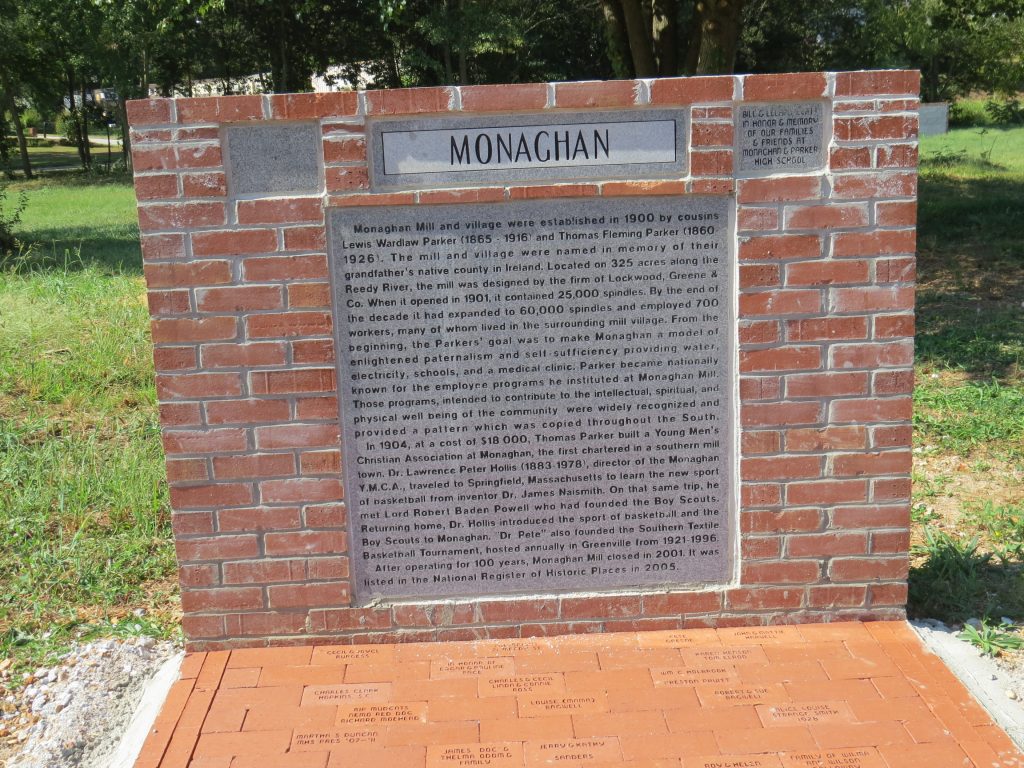 “Textile Heritage Park will be the only place in the Upstate to display a comprehensive history of the industry and mill life that once dominated this area,” said Don Harkins, chairman of the Greenville Textile Heritage Society.

Property for the park was donated to Greenville Revitalization Corporation (GRC) by developers of The Lofts of Greenville, formerly the Monaghan plant of JP Stevens. Having no use for the former plant parking lot, it was gifted for redevelopment, according to GRC CEO Doug Dent.

GRC partnered with the Greenville Textile Heritage Society, an organization comprised of mill alumni and associates, to develop the site into a place that pays tribute to the legacy of the area’s Textile Crescent.

“This is a great partnership that will create a destination for people who are interested in the amazing heritage of the textile industry in Greenville County, which was once the economic engine for the entire state,” Dent said.

Final plans for Textile Heritage Park include the mill walk, a community garden, an outdoor classroom and wildflower garden for study of the area’s native plants, and a large open lawn. A textile museum designed to resemble a 1930s-era mill house will be built near Smythe Street to house pictures and artifacts from the mills and to serve as a meeting place. 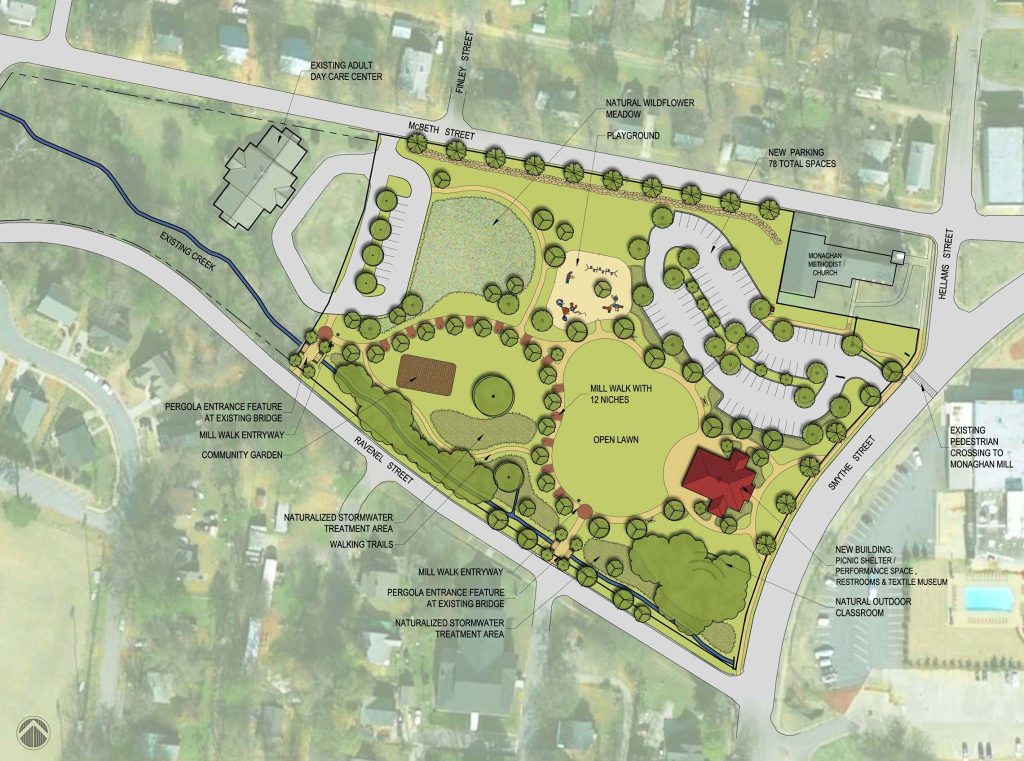 A children’s playground and about 80 parking spaces also have been installed at the site, with the park expected to be finished next summer, Dent said. About half of the $500,000 needed for the project has been raised from corporate and foundation grants, individual gifts and brick sales.