Driving south along Interstate 85, a billboard announces Sugar Tit Moonshine. It’s a cool name for moonshine, but it’s also the name of an unincorporated area in Spartanburg County just outside Reidville.

Sugar Tit’s not alone. The Upstate has its share of unusual town names and here are our Top 7 favorites, in alphabetical order:

Due West
“Due west of what?” is the typical quip when someone mentions this unincorporated community in Abbeville County. Due West is best known as the home of Erskine College, the only Associate Reformed Presbyterian Seminary in the United States. 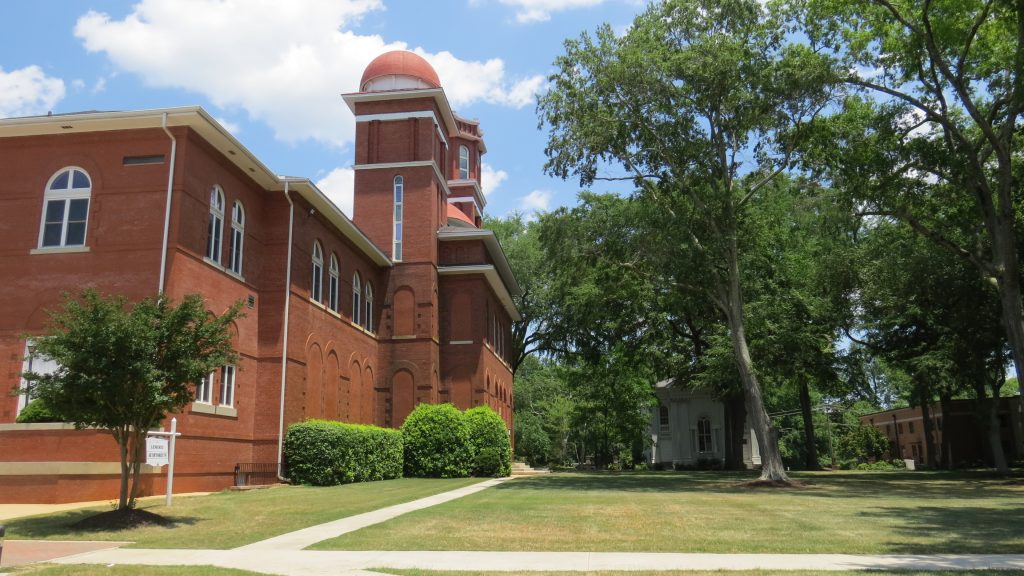 Erskine College in Due West, SC.

An article in the Chester News dated Sept. 30, 1964 tells the story of DeWitt, a Frenchman who migrated from Charleston and established a trading post where the paths of the Cherokee Indians and the English traders crossed — near where the Anderson and Abbeville County line exists today.

DeWitt settled near the banks of the Little River, but he and his family disappeared from the area. When it was resettled by the Scotch-Irish around 1789, DeWitt’s Corner became Due West Corner. And the Due West Corner Associate Reformed Presbyterian (ARP) Church they established eventually became Erskine College.

Fingerville
We could make up some really good stories about how Fingerville got its name, but the real story is that it was named for Joseph Ellis Finger, the owner of a cotton factory.

Finger incorporated the Pacolet Manufacturing Company in 1840 — one of the area’s earliest textile mills — at the North Pacolet River near the present site of Fingerville. His textile operation burned in 1885. A new mill was opened a few years later. 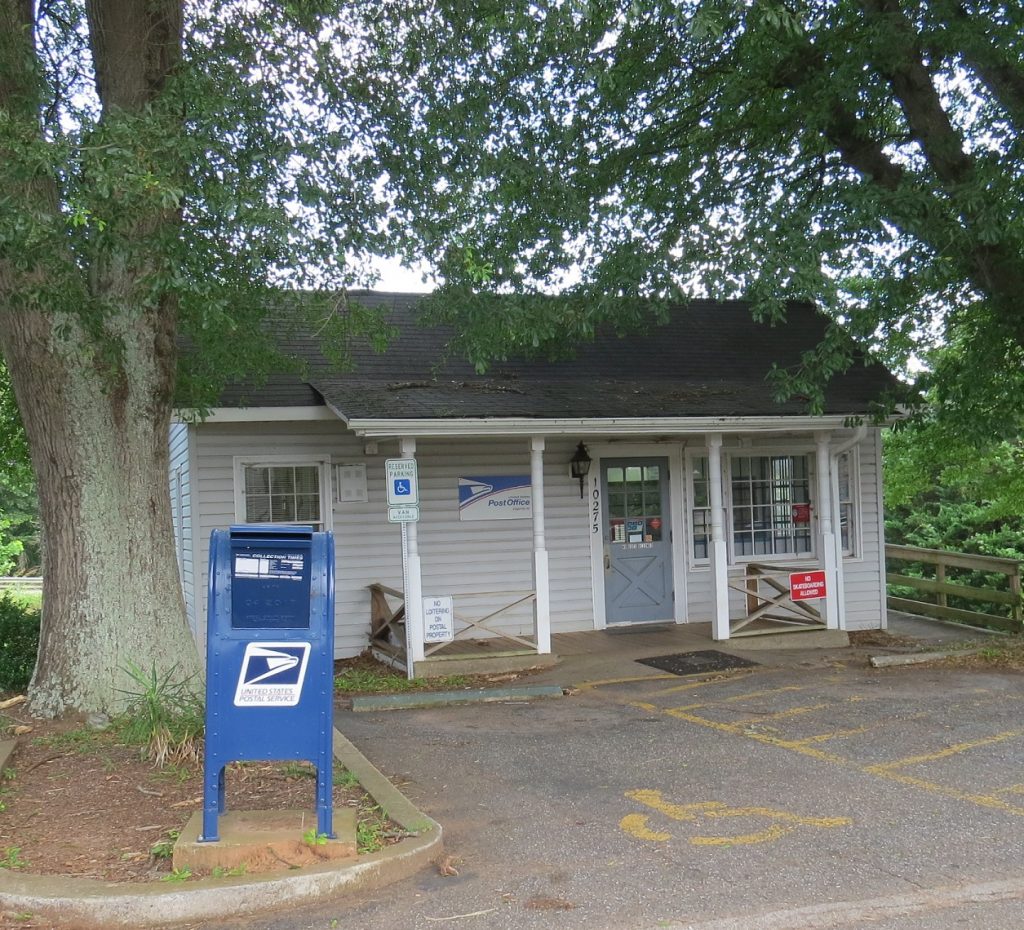 While the population of this small area of Spartanburg County was only 144 as of July 1, 2018, Fingerville has a post office. First established in 1845, the Fingerville post office is still operational. 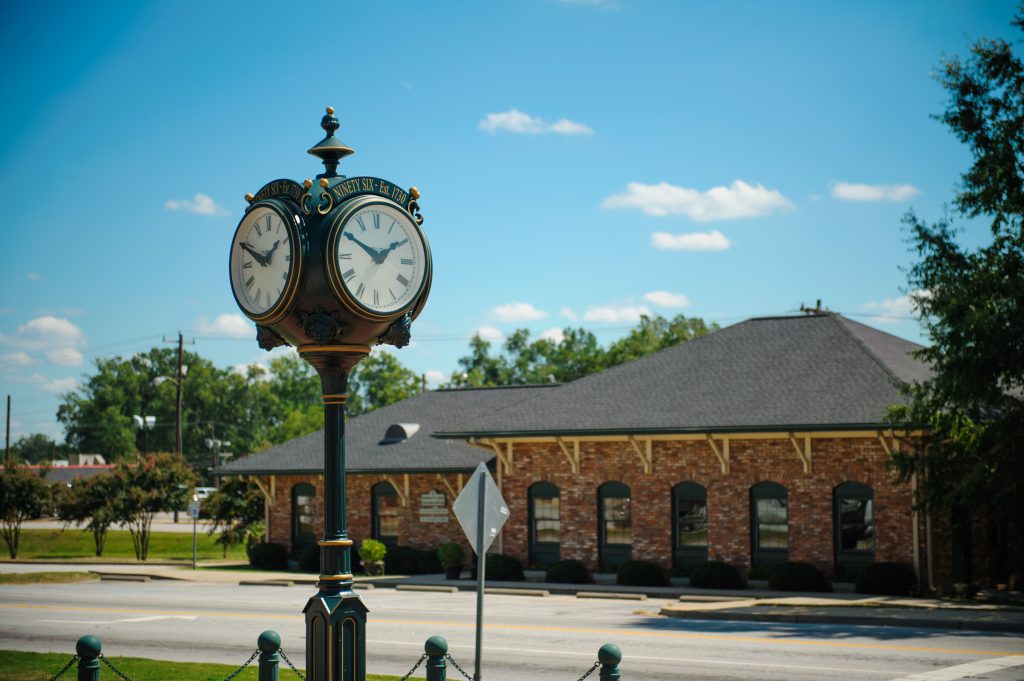 There are competing stories about how Ninety Six got its name. Some say it was the mistaken belief that it was 96 miles to the nearest Cherokee settlement of Keowee. Others say it was a counting of creeks crossing the main road that lead from Lexington, SC to Ninety Six. Others believe it came from a misinterpretation of the Welsh expression, nant-sych, meaning “dry gulch.”

Possum Kingdom
This community in Greenville County technically is Belton, SC but the locals refer to it as Possum Kingdom. Known to karting enthusiasts as home of the former Possum Kingdom Super Speedway, the community now boasts Possum Kingdom Kreamery, a Grade A Raw Milk Dairy and Creamery whose products are found at retail stores around the Upstate. 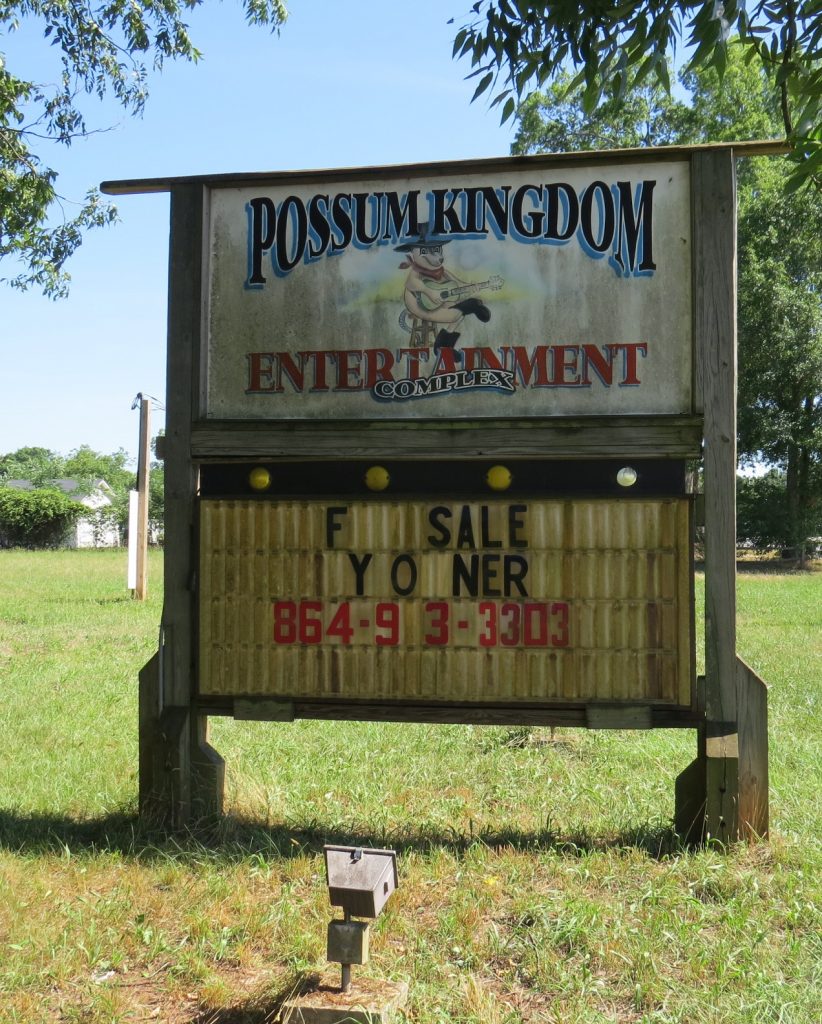 A sign for the old Possum Kingdom Entertainment Complex still stands on U.S. 25 near Ware Place.

Kreamery owner Tanya Phillips Bryson, who has lived in Possum Kingdom all her life, says no one knows for sure how Possum Kingdom got its name. There are legends, according to Bryson, one of which appeared on the back of the menus at the local restaurant her grandfather once owned. That legend says that the community was close to the site of a Civil War battlefield. Near the end of the war, battle-weary, hungry Confederate soldiers could find little to eat in the area other than possums, which were plentiful. Thus, Possum Kingdom.

Pumpkintown
This unincorporated community in northeastern Pickens County was settled before 1791. According to historical records, Pumpkintown was so named by an early traveler who was amazed by the large yellow pumpkins that covered the fields of nearby Oolenoy River Valley. 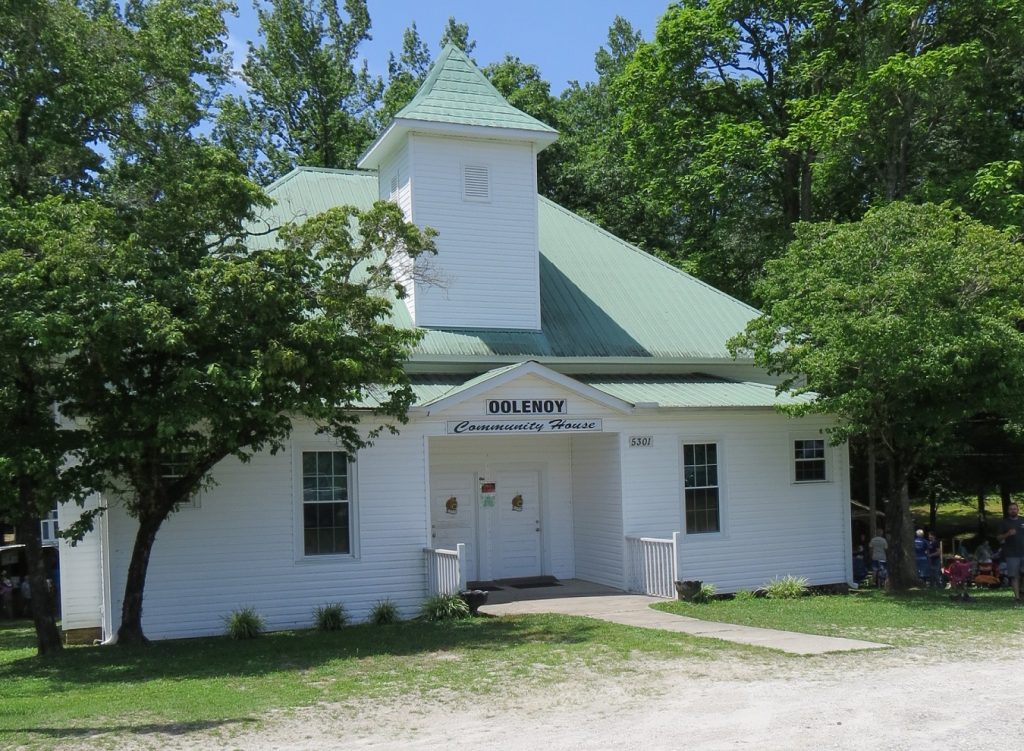 Located near Table Rock State Park, Pumpkintown is home to the Oolenoy Community House where bluegrass music fills the air on Friday nights and the Pumpkin Festival is presented annually on the second Saturday in October.

Sugar Tit
Sugar Tit is an unincorporated area in Spartanburg County that encompasses about a five-mile radius around Skeeter’s Lake, formerly Joe’s Lake. It is located near the junction of State 101 and State 296 southeast of Greer, between Reidville and Five Forks. 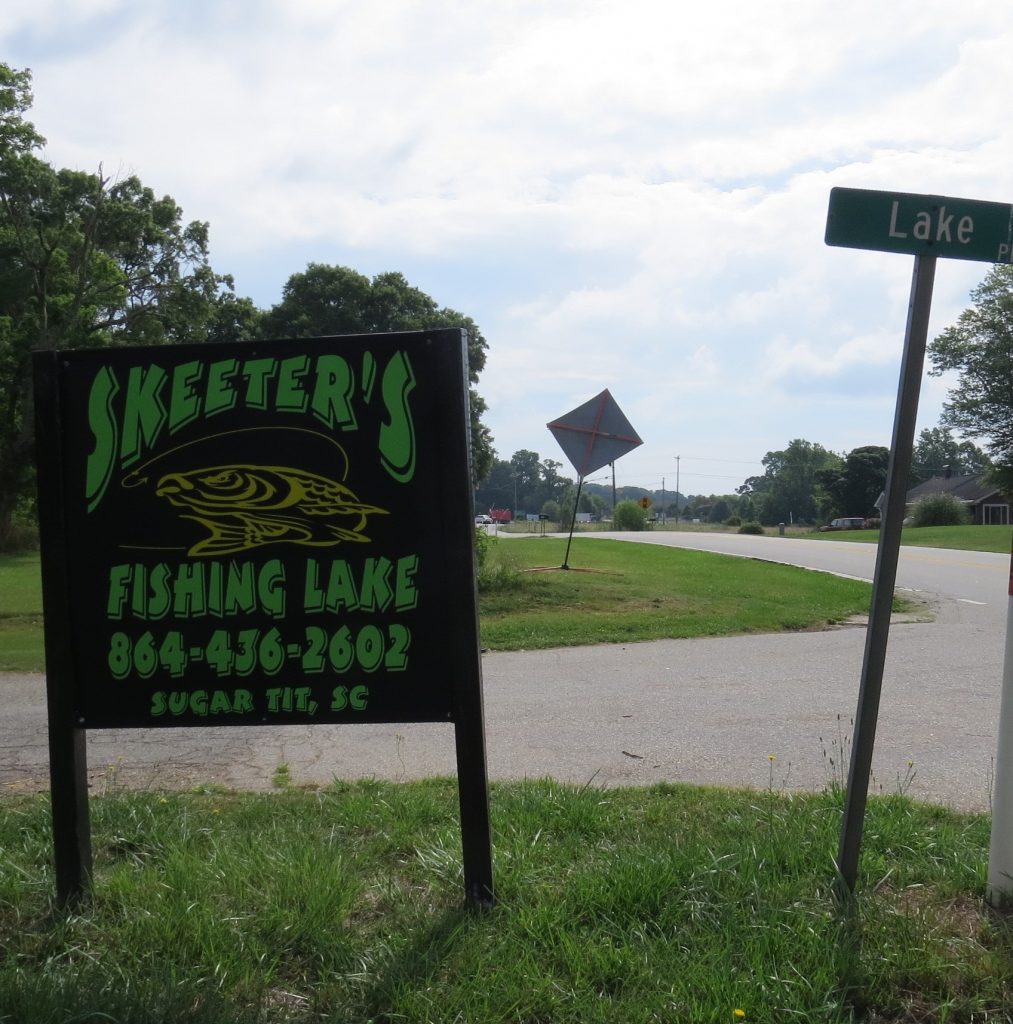 The community owes its name to a babysitting tool of early field hands, the quip of local wives and a sign that hung on an old store, according to the Reidville Historical Society. Female hands would take their babies and their blankets into the fields, placing sugar cane dipped in water in the blankets to pacify the babies while the women worked. This first pacifier was called a sugar tit.

Travelers Rest
Travelers Rest is situated close to the North Carolina border at the foot of the Blue Ridge Mountains in northern Greenville County. Travelers Rest gained notoriety and its name as a stopover for weary travelers and livestock drovers, with some having to spend the winter there while waiting for the snow to clear in the mountains before continuing northward. 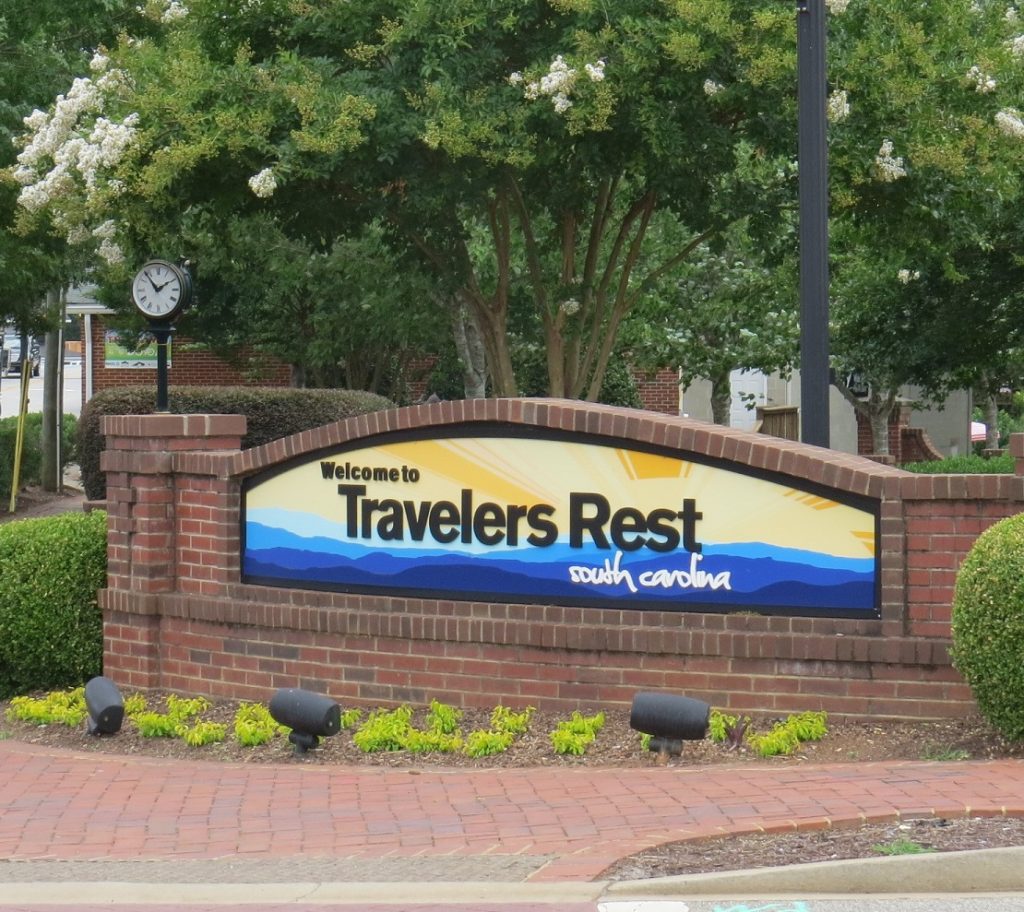 Travelers Rest is located along Highway 276 in northern Greenville County.

Once a sleepy community, Travelers Rest is a growing city that now includes the campus of Furman University. It is a destination for foodies, cyclists and adventure lovers thanks to the Prisma Health Swamp Rabbit Trail that connects downtown Greenville, SC to Travelers Rest.