Jessica Bell fell in love with goats in 1993 while volunteering at Split Creek Farm as a teenager.

Today, Bell is co-owner of the Grade A goat farm in Anderson County that just took #1 in the United States and #3 in the world in the 2022 World Championship Cheese Contest for its Feta marinated in Olive Oil.

“It’s nice to be acknowledged for all the hard work that we put in every single day and to have people that are local to our area that may not know what we do and what we’re about, find out that we’re more than just the little farm down the road – that we actually are kind of a big name,” Bell said.

Split Creek Farm may not be a household name, but it’s certainly known among restauranteurs and retailers throughout South Carolina. The farm’s feta, chevre and Fromage cheeses are used by chefs across the Upstate and Midlands, and at some of Charleston’s most popular fine dining restaurants including Magnolia’s, Slightly North of Broad and Baker & Brewer.

“The farm-to-table movement has been really nice, in that the chefs are very kind in crediting the farms where their products come from,” Bell said. “So, we get tagged on Facebook and Instagram and our name is on a lot of the menus, too, which is cool.”

Split Creek Farm products also retail at Clemson Area Food Exchange, Fig’s Creamery and The Kitchen Emporium in Anderson, and are distributed through partnerships with Swamp Rabbit Café and Grocery in Greenville and other locations in Columbia and Charleston.

And for locals looking for goat products, Split Creek’s farm store is open Monday through Saturday from 10 a.m. until 6 p.m.

For co-owner Sandra Coffman, winning the World Championship Cheese Contest is a testament to homestead and artisan farms like Split Creek that raise and milk their own goats by hand. 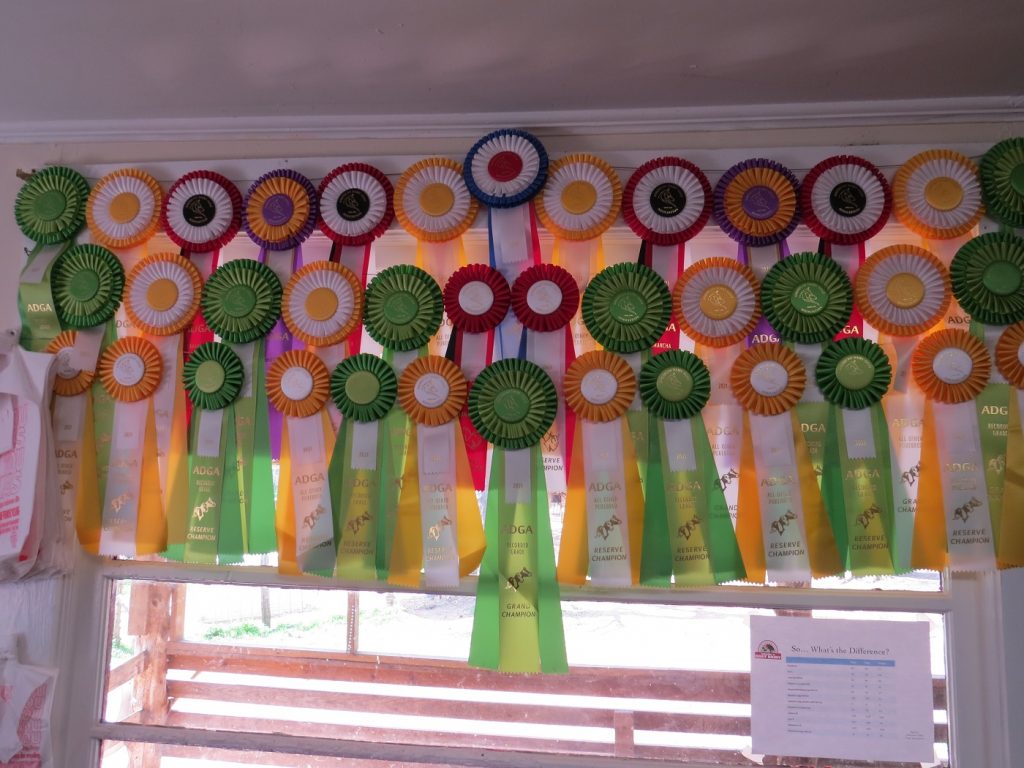 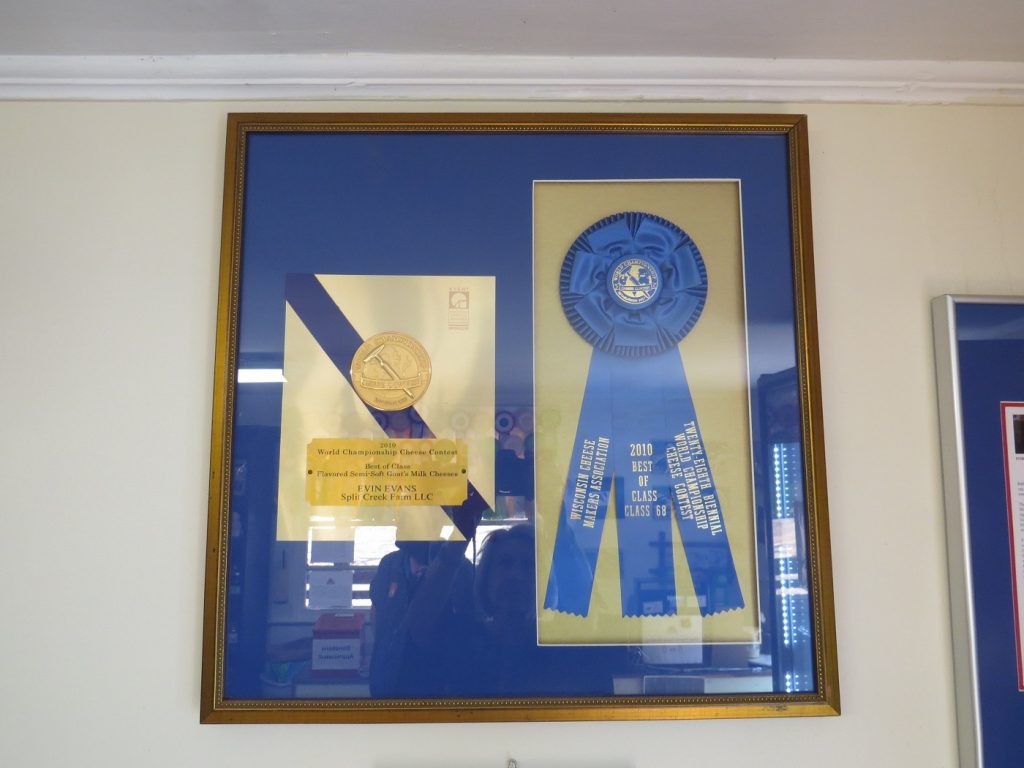 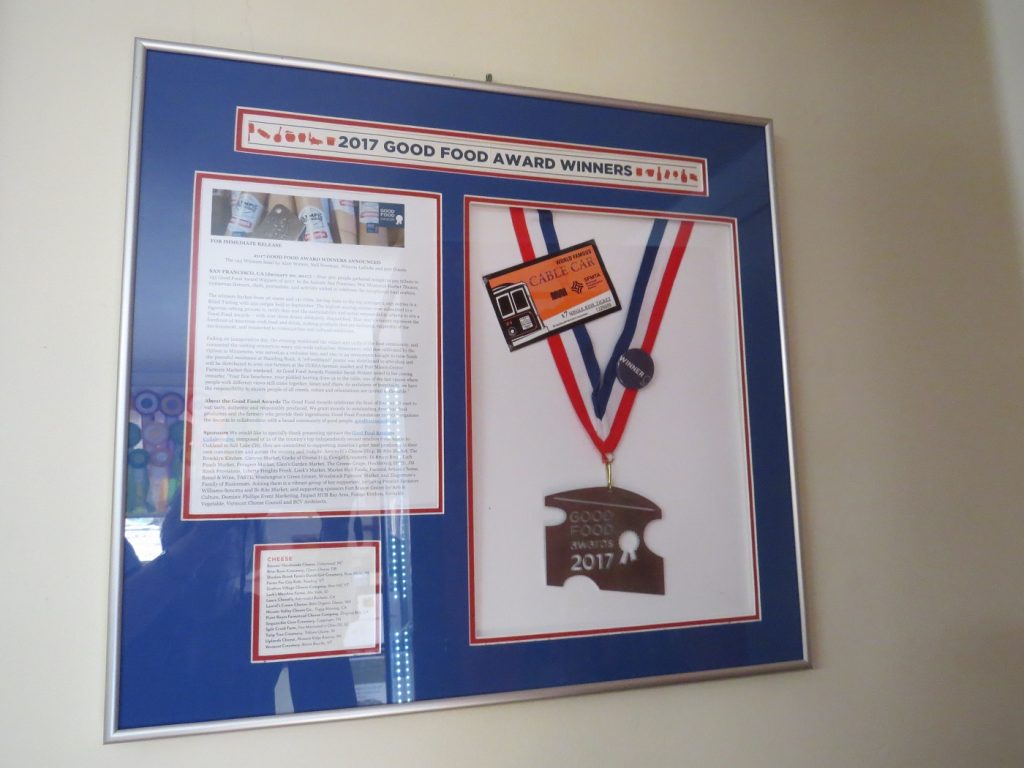 “Winning that award touches every single person on this farm. Every single employee contributes to that, whether it’s feeding the animals, milking the animals, making the cheese. It is a team effort,” Coffman said. “It’s really something for our staff to be very, very proud of. And when you’re talking tenths of a point that separates you from first (in the world), you’re doing something special.”

An SC Agritourism Farm, Split Creek is open to the public for self-guided tours on Fridays and Saturdays from 10 a.m. until 6 p.m. And after a two-year hiatus due to Covid, the farm’s annual Spring Means Babies event will be held on April 23 from 10 a.m. until 3 p.m., featuring live music, face painting, food, tours, and the main attraction – the chance to mingle with and hold baby goats.

In addition to the fun, farm visits give Bell and Coffman the chance to educate the public about the popularity of goats as pets and grazing animals, and the health benefits of goat milk and cheese for those with skin and gastrointestinal issues, for example. 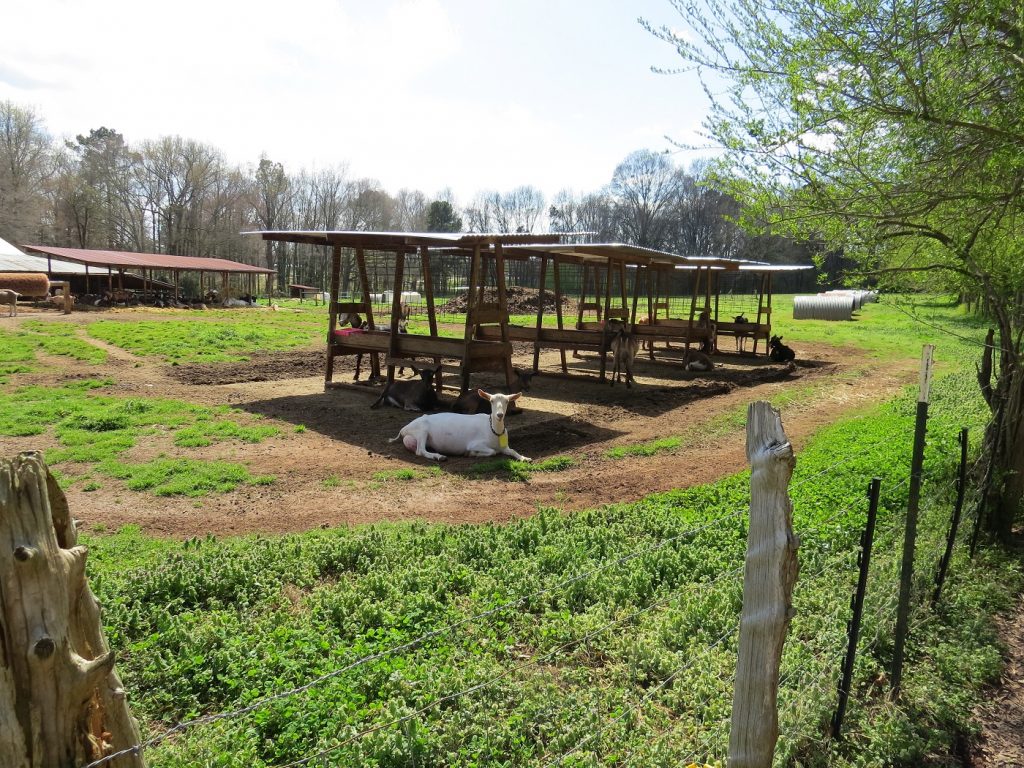 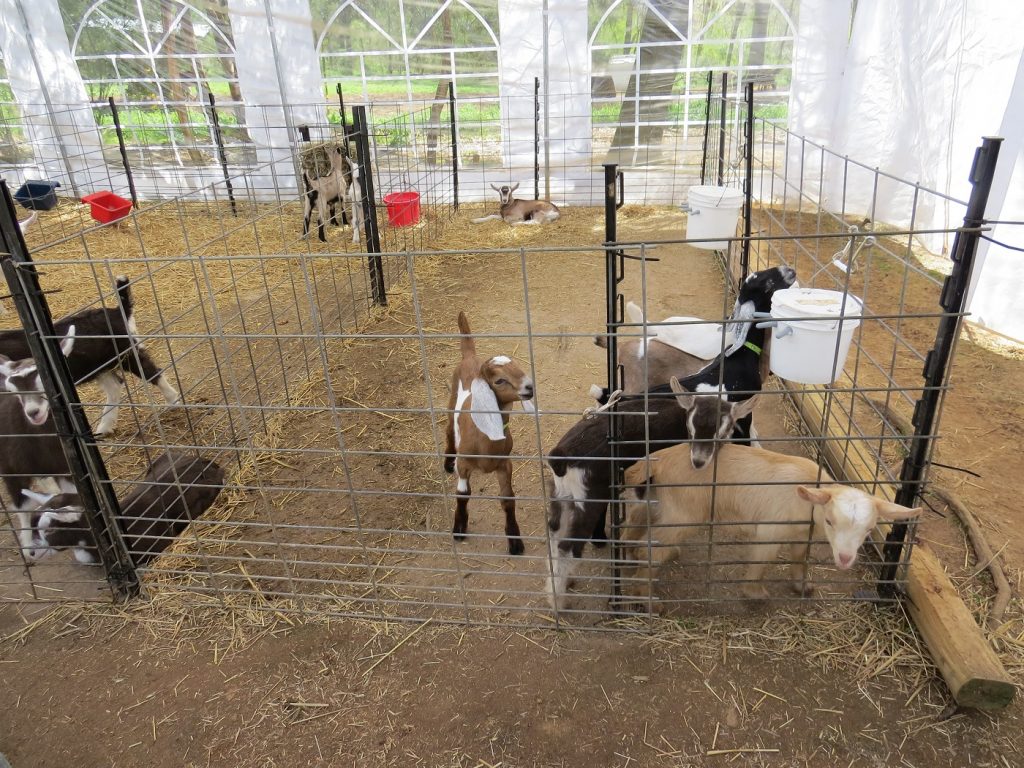 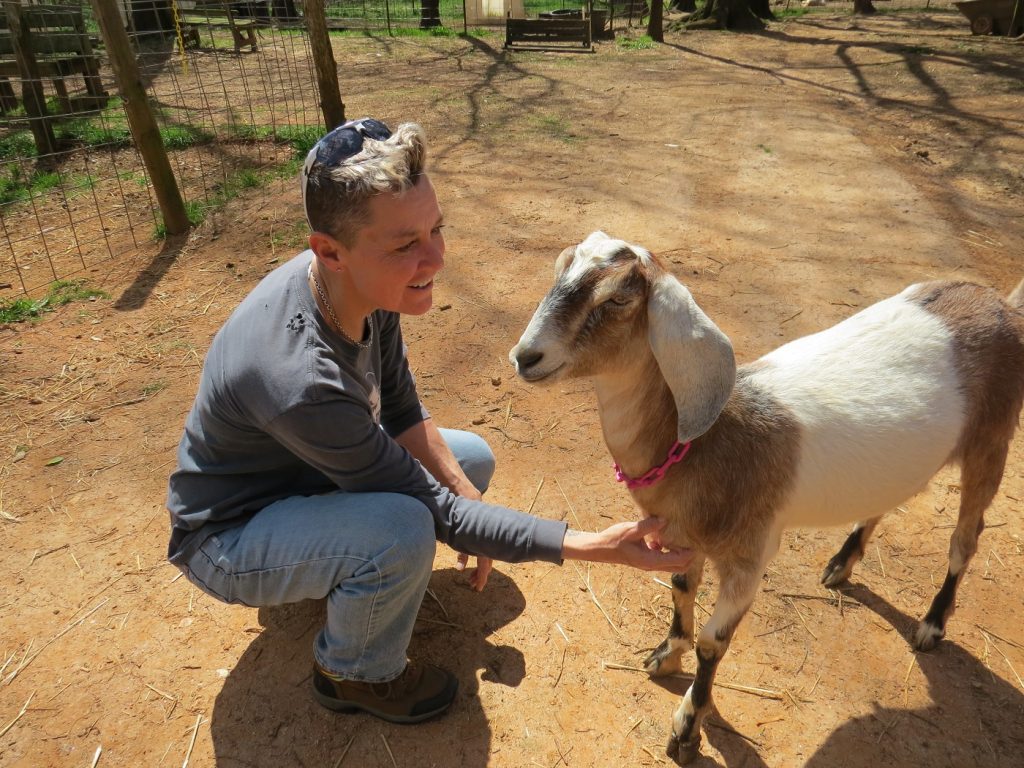 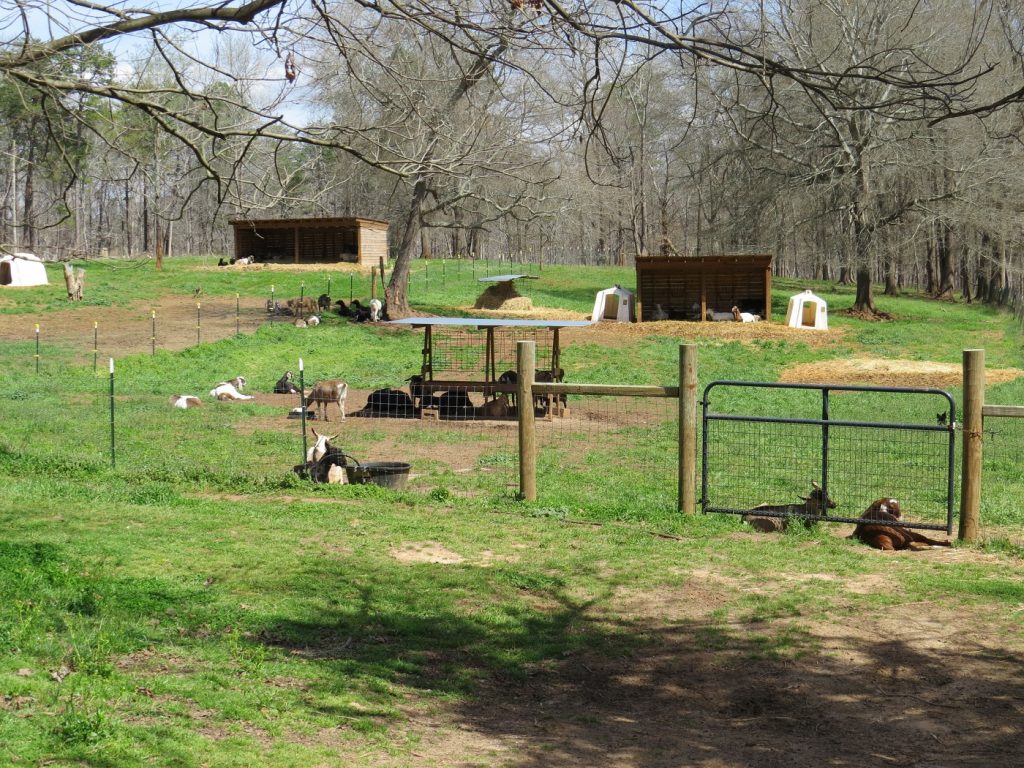 “Goats are great pets,” Coffman said. “They’re great for people who want to farmstead and have their own milk to be able to use. They’re great for therapy – for people with PTSD, addiction problems, for grazing and eco-friendly. They can clear out where machinery can’t go and very quickly. They just have great use.”