You can take your game watching party to a healthier level with Gail Richards’ Spicy Roasted Cauli Tacos.

The fourth finalist in the Carolina Eats March Hoops Recipe Sweepstakes presented by Ingles, Richards developed her meatless taco recipe when her husband announced his decision to become a vegetarian.

The Chesnee resident recently visited our kitchen in Studio B at WSPA to prepare her recipe alongside Livin’ Upstate and Your Carolina Host Jamarcus Gaston and Ingles Chef Jasmin Queen.

Since winning the weight-loss reality television show, My Diet is Better Than Yours, Chef Jasmin has been teaching people how to replace less healthy foods with better options. An Ingles Chef for the past four years, Chef Jasmin shares her healthy swap tips on The Ingles Table website.

Using ingredients from Ingles, Richards prepares her Spicy Roasted Cauli Tacos by substituting cauliflower for meat and adding a Chili-Lime Aioli Sauce to create a tasty taco that will be a slam dunk at your game watching gathering. 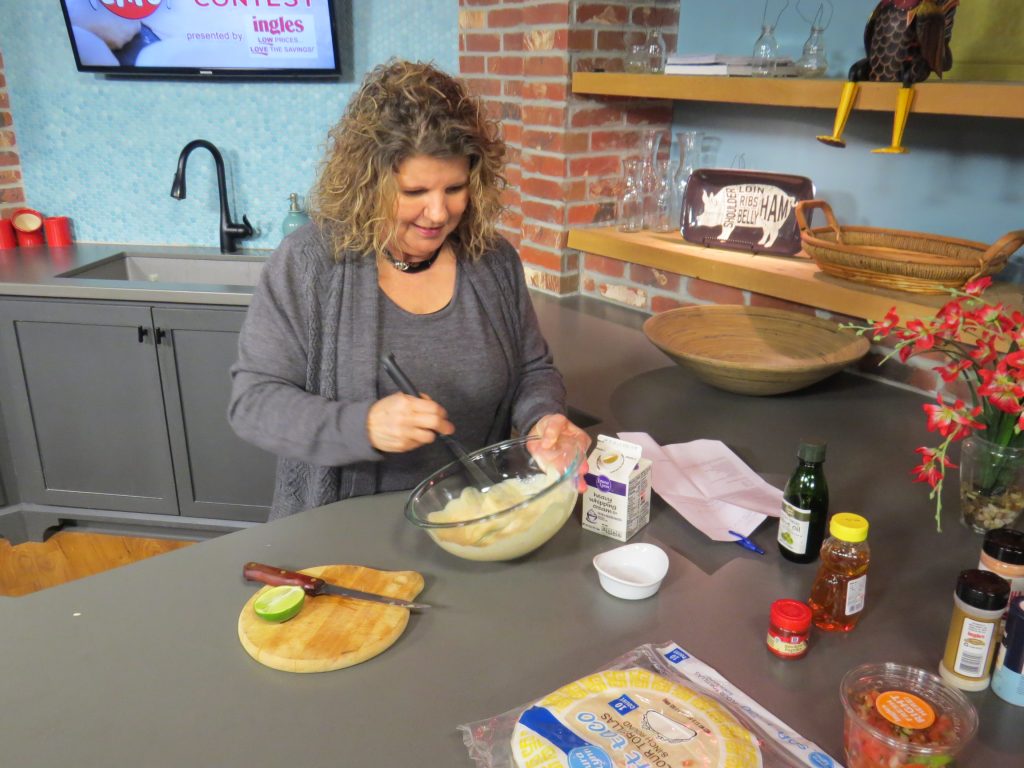 Gail Richards in the Studio B kitchen. 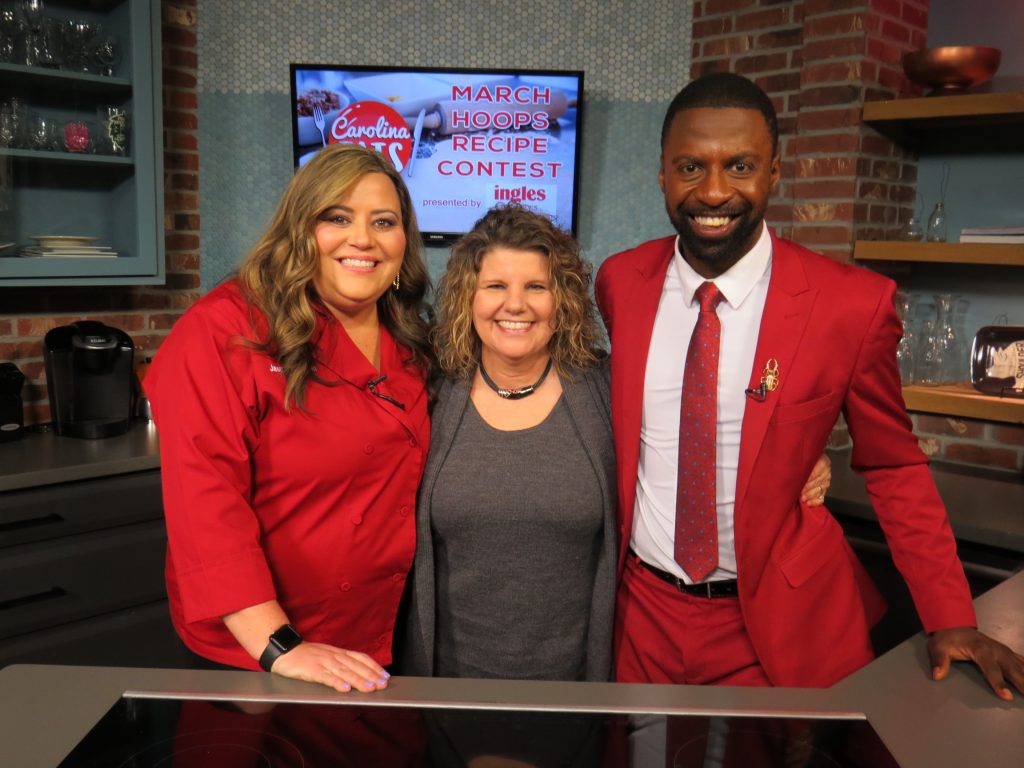 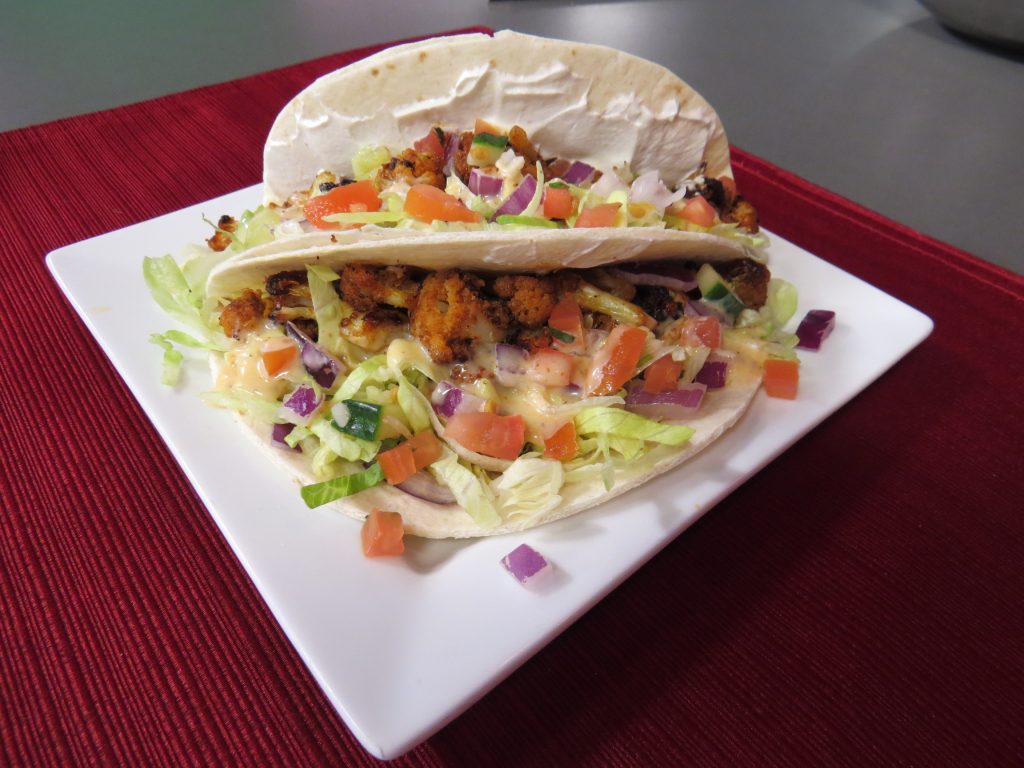 For the Spice Mix