James Naismith may have invented basketball, but it was Lawrence Peter “Pete” Hollis who introduced it to Greenville in 1906 and encouraged every textile mill community to form a team.

The forerunner to today’s recreation leagues, Upstate textile mills employed their own athletic directors and fielded teams in basketball and baseball. In 1921, the mills organized the Southern Textile League Basketball Tournament and for more than 50 years, Greenville staged its own version of March Madness.

Area textile leagues featured teams for children, men and women like the Dunean Dynamos, the Red Flames of Southern Bleachery, the Pelzer Bears and American Spinning’s Dimpled Darlings. And the annual Southern Textile Basketball Tournament drew mill teams from across the Southeast, according to Morris “Fig” Newton. 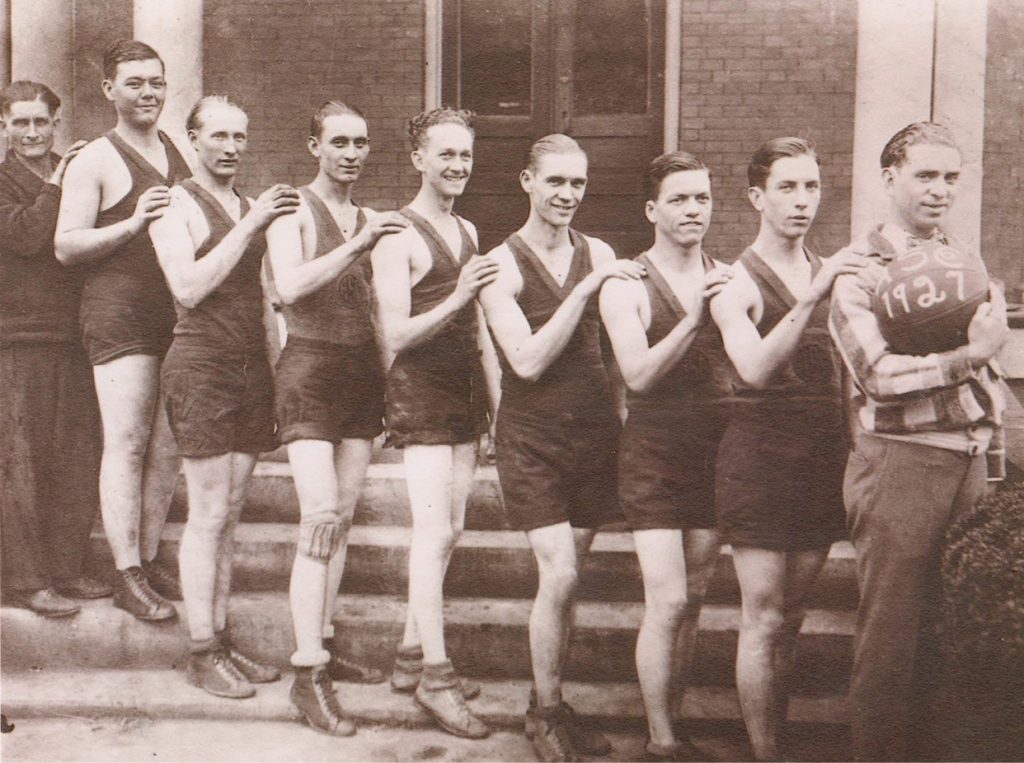 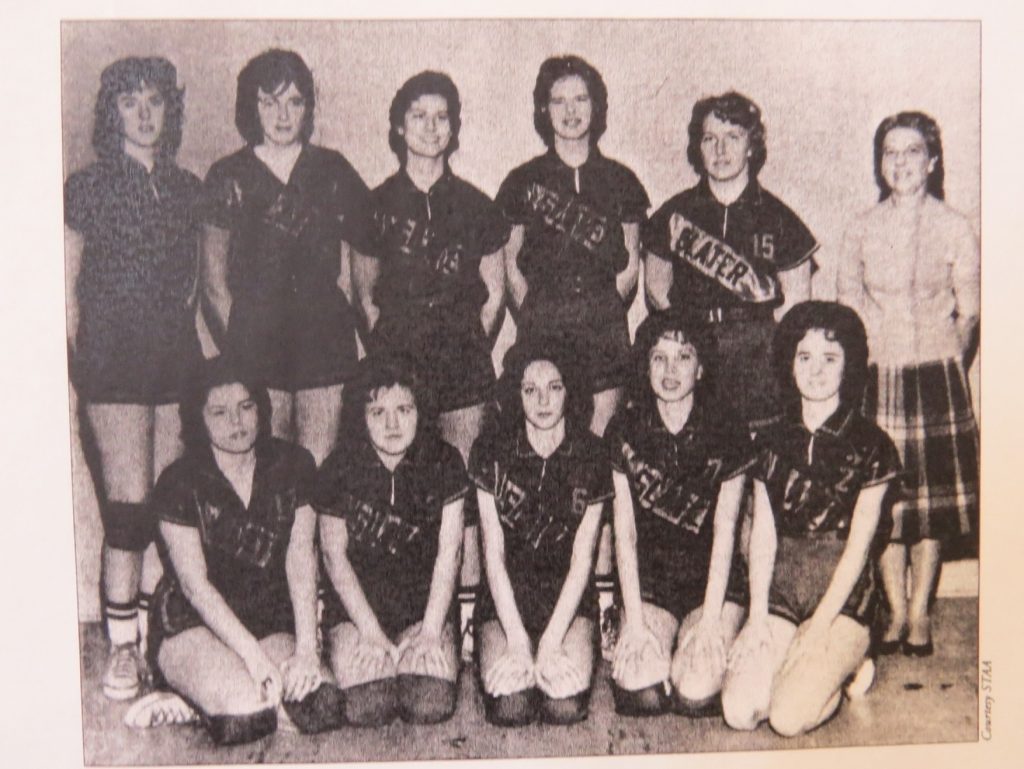 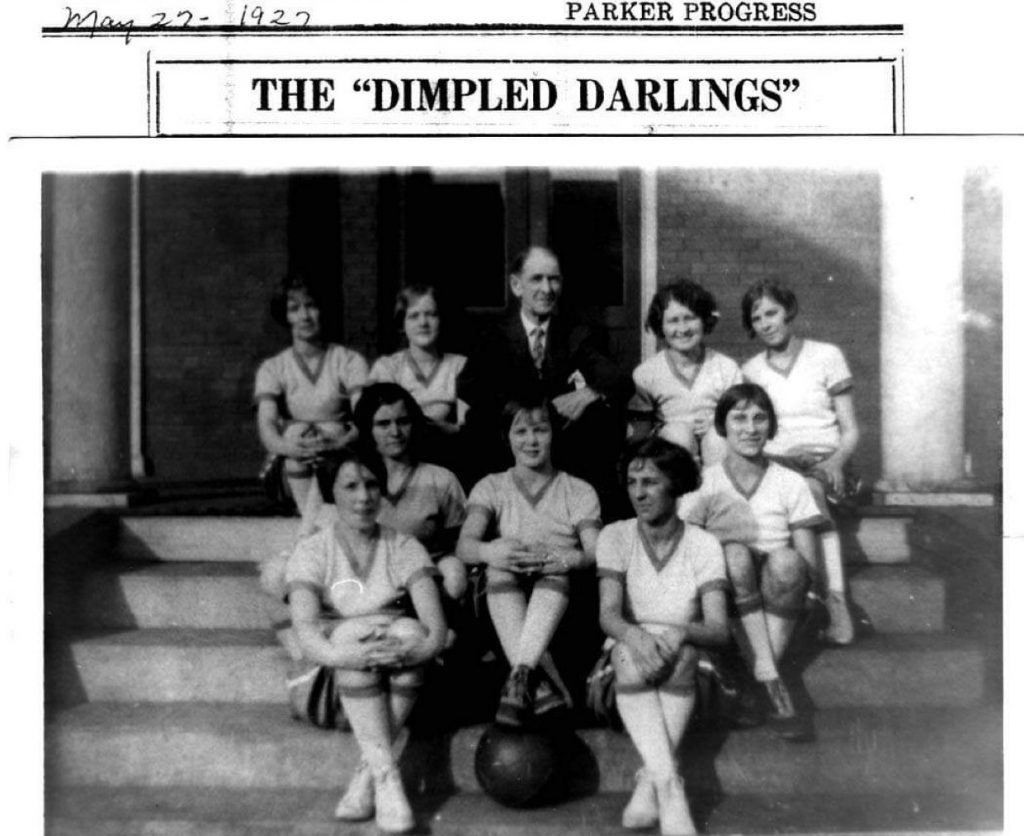 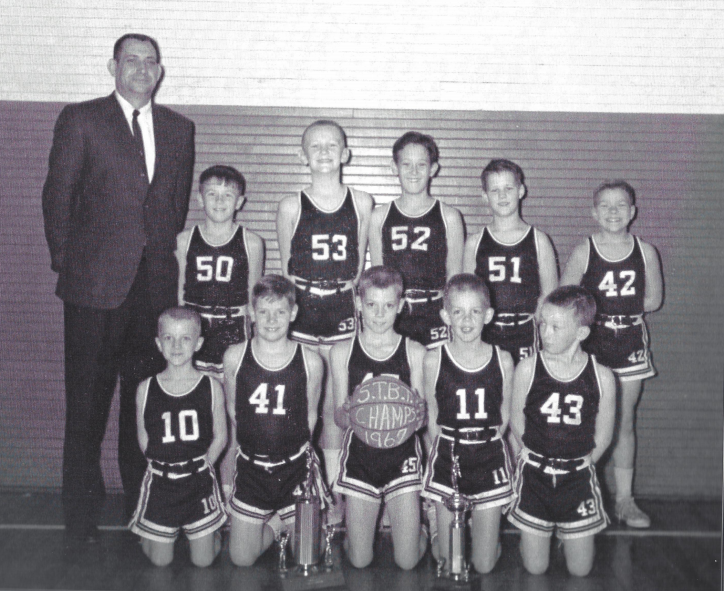 Newton, 89, played and coached in the textile league, and served as athletic director at Greenville’s Monaghan Mill. He began playing on a midget team in 1941, and remembers tournaments held at Parker High School during the war years, then later at the Old Textile Hall that once stood on West Washington Street in downtown Greenville.

“At one time, we had about 150 teams in the tournament, from Virginia, all the way through Alabama,” Newton said during a recent interview at Slater Hall. “We’d start at seven o’clock in the morning and play all the way until 12 at night or whenever we got through, depending on how the game went.”

Players had to work at the mill to be eligible to play on the team, but the rules changed around 1950, Newton said.

“They changed it to where you could have a couple of outsiders. Everybody was going out like pro football and baseball now. They’d try to buy their players, try to buy the best,” Newton recalled.
Eddie Cannon, who played and coached for Brandon Mill, has a favorite memory of the night his team bested an undefeated Piedmont team that had recruited a couple of players from nearby Clemson College.

“Piedmont had a team with players from Clemson,” said Cannon, who played forward. “They would bring those guys in and say they had a job and let them play ball. They hadn’t lost a game and one of their star players laid out. We wore ‘em out that night. We beat ‘em good.”

But the textile league had stars of its own, with Earl Wooten taking top billing, the former players and coaches say.

“Earl Wooten from Pelzer,” Cannon said. “I remember, he’d go down in the corner and shoot hook shots and never miss. He was good.” 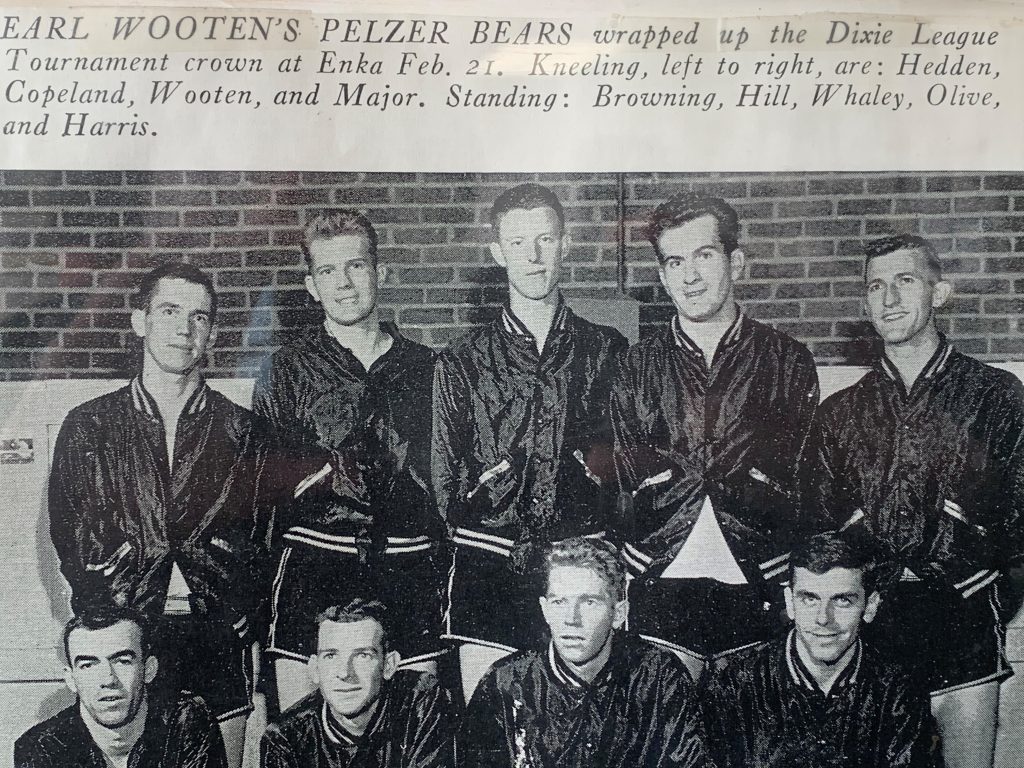 At just 5’ 11”, Wooten shined in baseball, football and basketball. Despite college scholarship offers, he went to work in Pelzer’s textile mill, retiring from J. P. Stevens where he was athletic director. Wooten, who died in 2006 at the age of 82, is a member of the SC Athletic Hall of Fame in basketball and baseball and played the 1948 season with the Washington Senators. 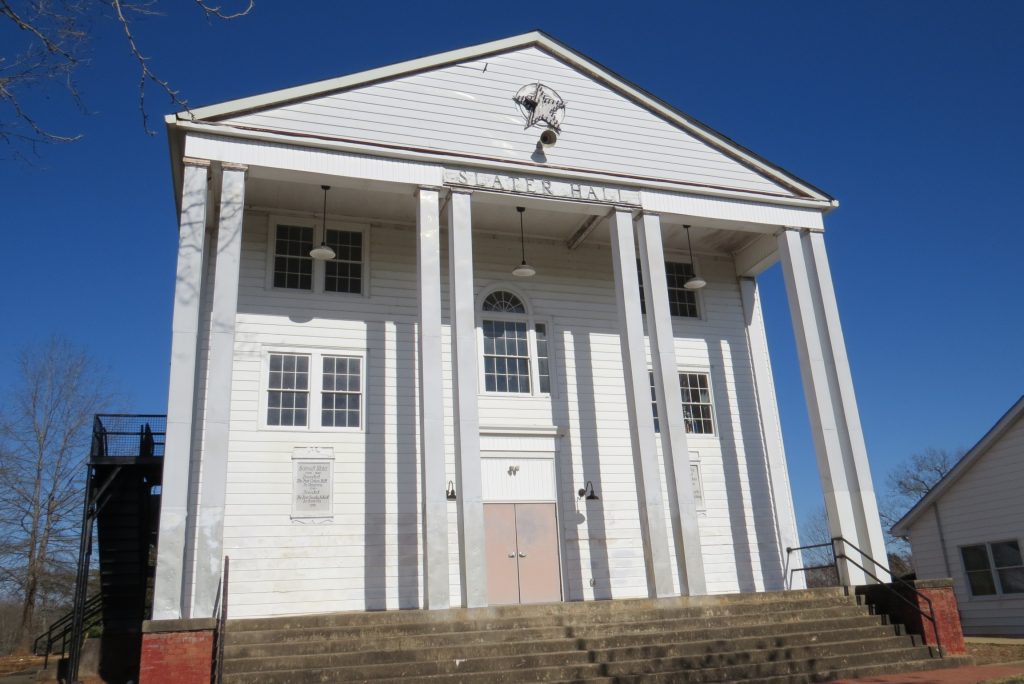 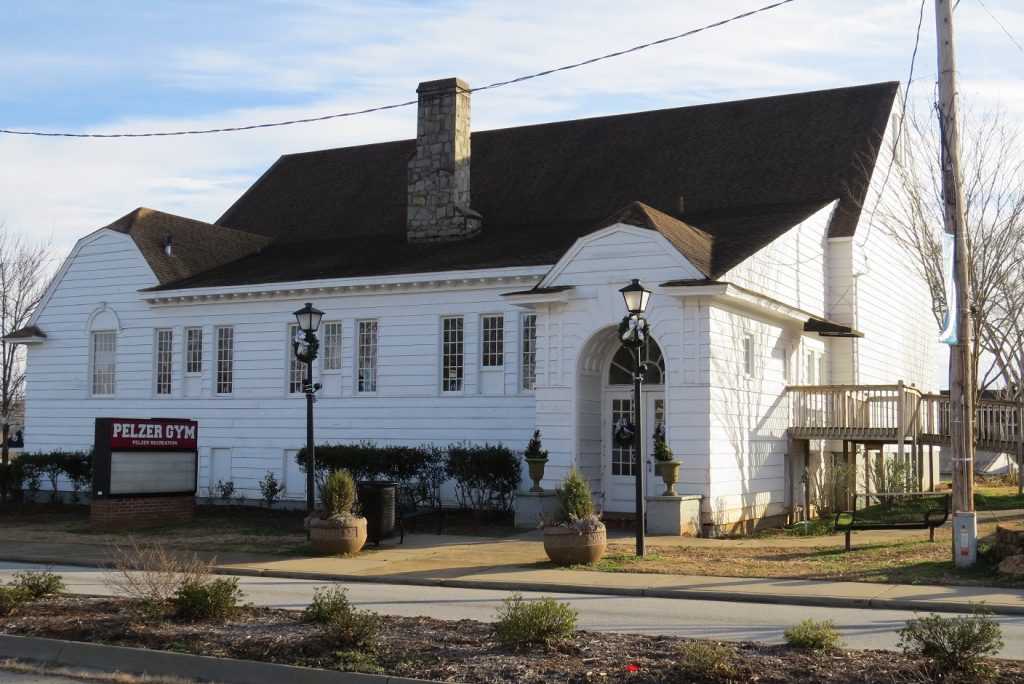 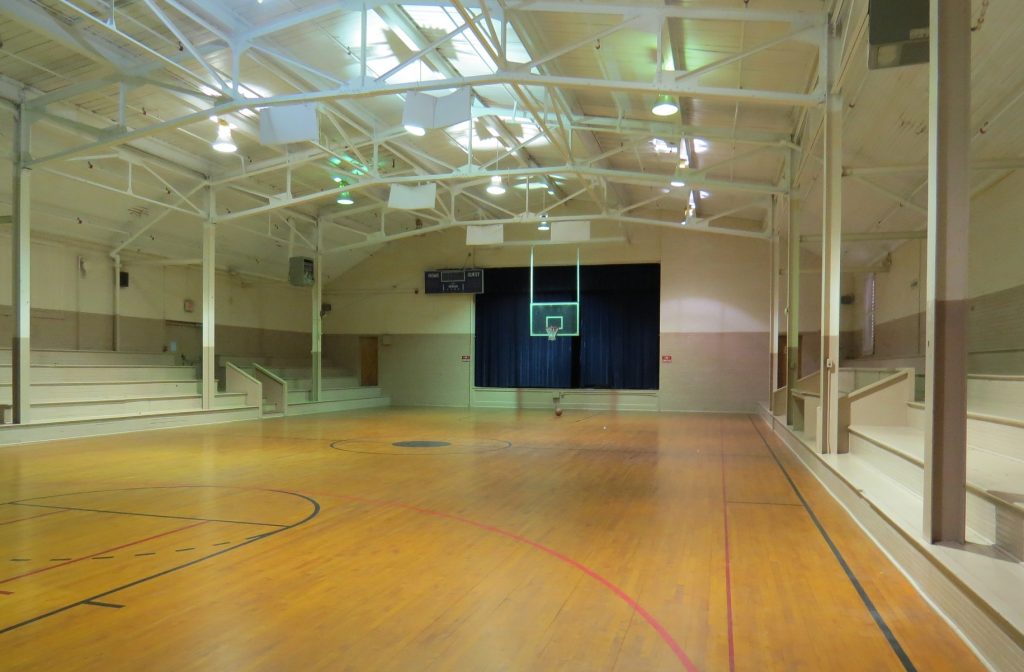 One of two basketball courts inside Piedmont Community Center.

“At Brandon, we were fortunate,” Cannon said. “We had a gym, a skating rink, a bowling alley and a ballpark.”

Textile league play also was territorial – and rough, says Barry Masters, who grew up playing for Poinsett and Brandon Mills.

“My momma was from Poinsett and Daddy was from Brandon, so I’m kind of a crossbreed,” Masters says with a smile. “I played midget ball at Poinsett and D ball at Brandon. I played against Fig’s teams. We beat ‘em and I remind him of that every once in a while.”

Preserving the history of textile league basketball is important, not just for those who experienced it but also for those who want a true picture of life on the mill hill, the former players and coaches say.

“A lot of people who lived on the mill hill have moved away or passed away, so all we’ve got are the memories,” Cannon said. “They’re great memories. There were a lot of good people who lived in the mill villages. It was a great life.”

Adds Masters, “Sitting here on this floor that I played on 60 years ago, that’s crazy. This a pretty big deal for me to be in here.”