Nothing says welcome to the South like moonshine, and Palmetto Distillery in Anderson is doing its part to preserve the heritage of the homemade spirit cooked in a copper still and poured from a mason jar.

The distillery in downtown Anderson – the first micro-distillery to produce legal moonshine in South Carolina – celebrates its 10th anniversary in 2021 having weathered the ups and downs of small business ownership and a worldwide pandemic.

Palmetto Distillery owners Trey and Bryan Boggs pride themselves on staying true to the recipe and customs of their ancestors. Every jar of moonshine is produced by hand, using age-old recipes and a 100 percent copper still that is exactly like what the bootleggers used, only bigger.

“The best way to learn is from the bootlegger,” says Trey Boggs. “They had a tried-and-true recipe. We just took what they were already doing and paid the taxes. At the end of the day, we copied the hundred, two-hundred-year-old theory of making moonshine and we’re making it in the backyard of the courthouse versus out by the river.”

Moonshine is made from a simple recipe using corn, sugar, yeast and water. But cooking is an art, and making moonshine is no exception, Boggs says.

“It’s just like if you want to be a famous cook like Wolfgang (Puck) or Paula Deen or Martha Stewart, there’s still an art to everything. You can get a recipe online, but just because you can throw it in a bucket and put some fire to it doesn’t necessarily make you a success story.”

The success of Palmetto Distillery has come not only by perfecting the product (removing the heads and tails and using only the pure hearts), but also by preserving the history of South Carolina and the story of moonshine-making in the South.

And visitors can take a free tour to watch the distillation process as the mash heats in a 1000-gallon pot, turns to vapor that travels through the thumper and worm (copper coil), then turns to liquid as it hits cold water.

“We use propane as a heat source,” Boggs explains. “Many old bootleggers used propane so there was no smoke for revenuers to track.” 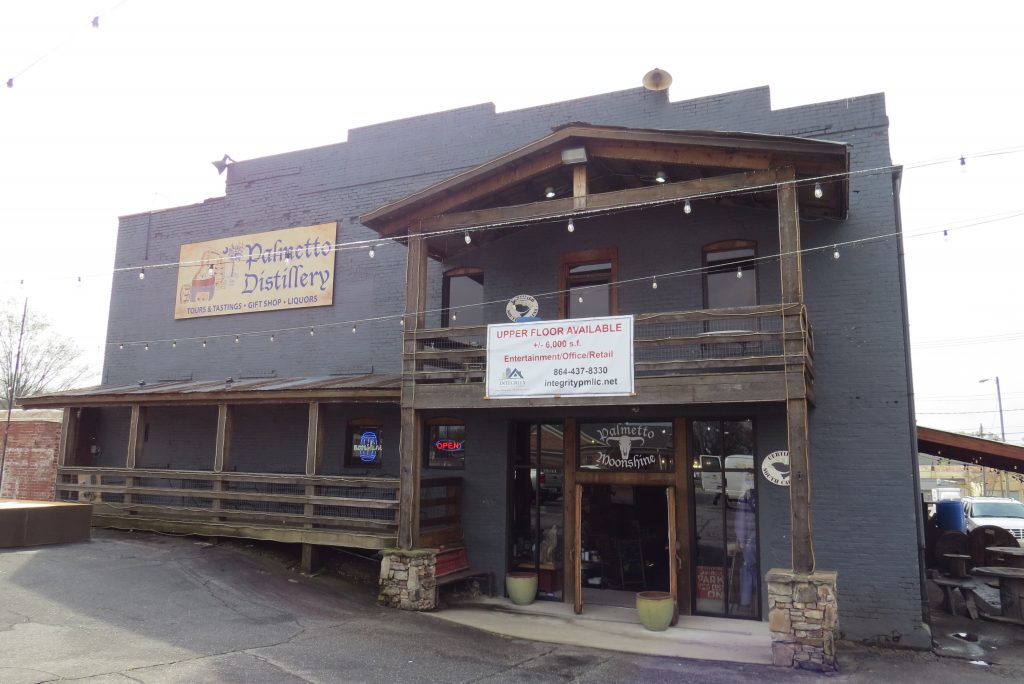 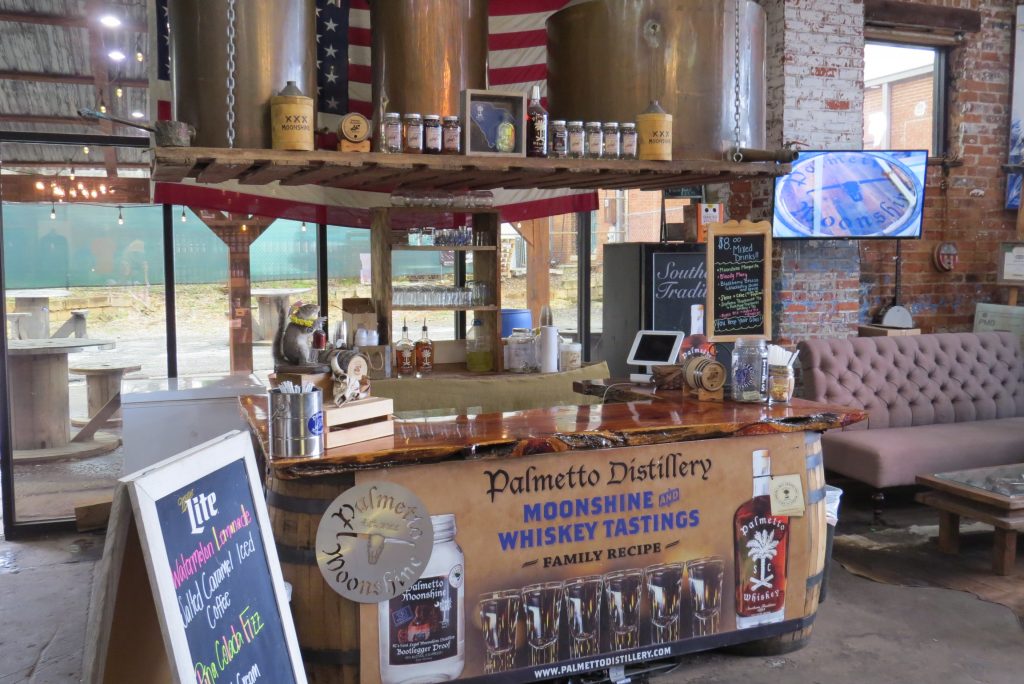 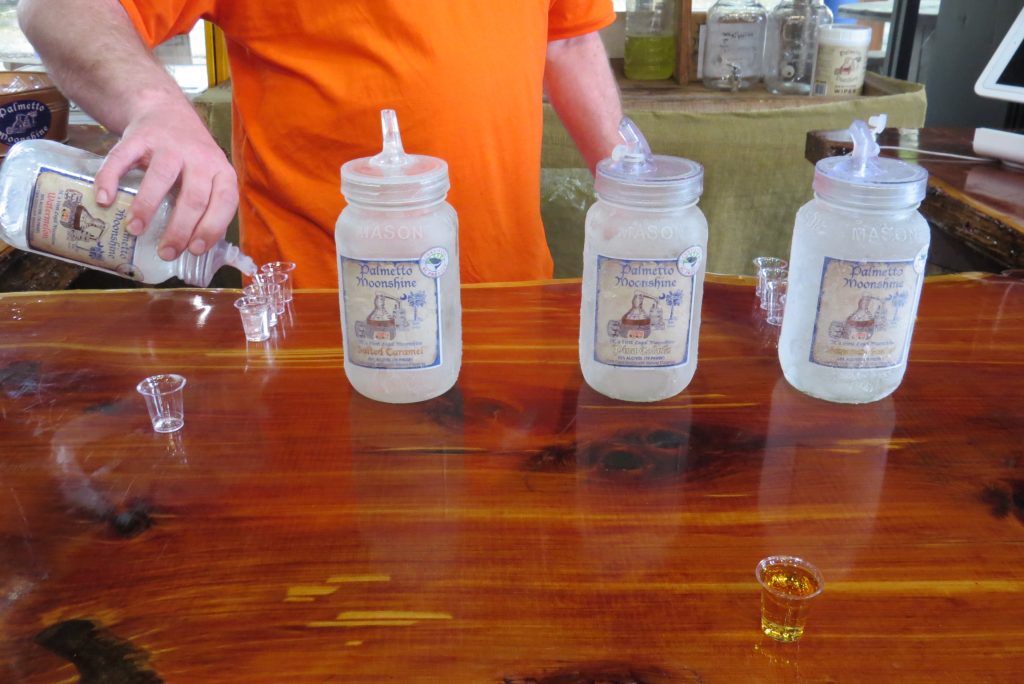 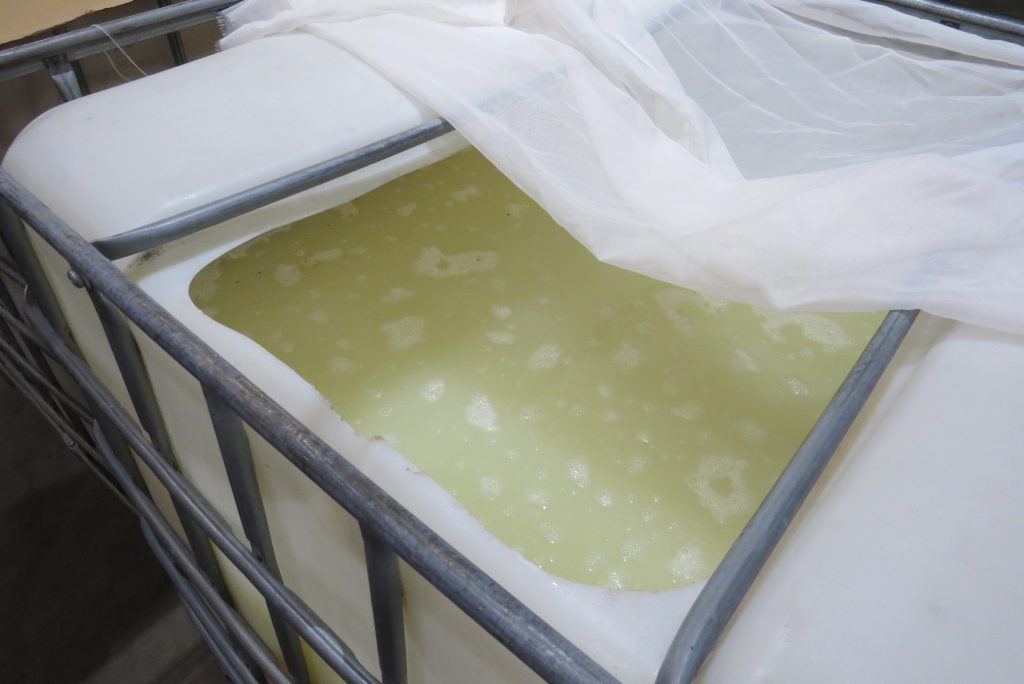 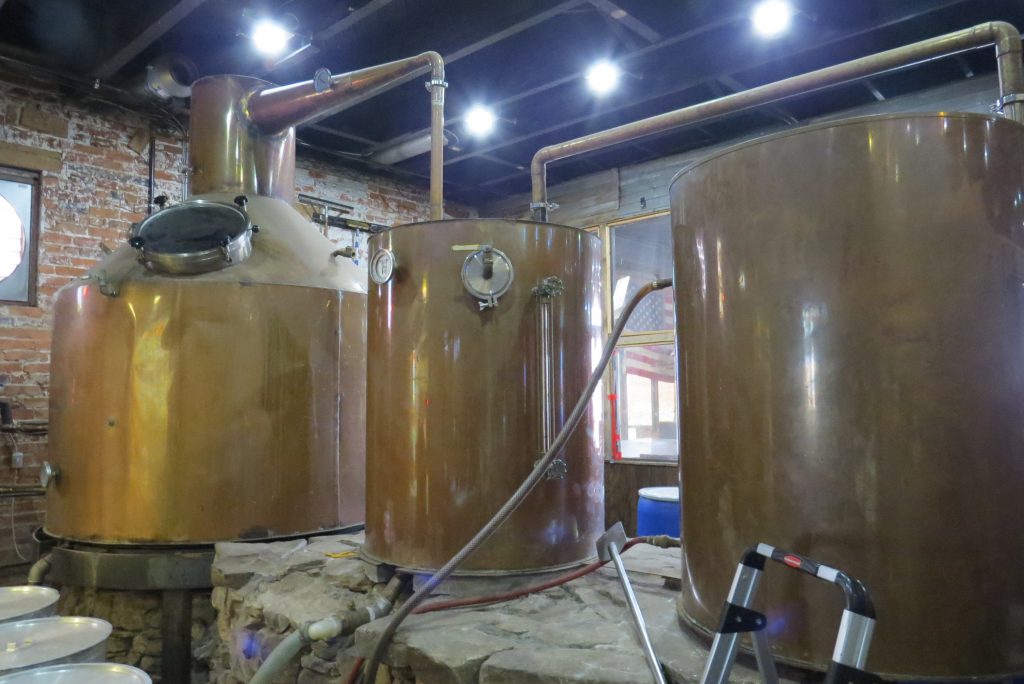 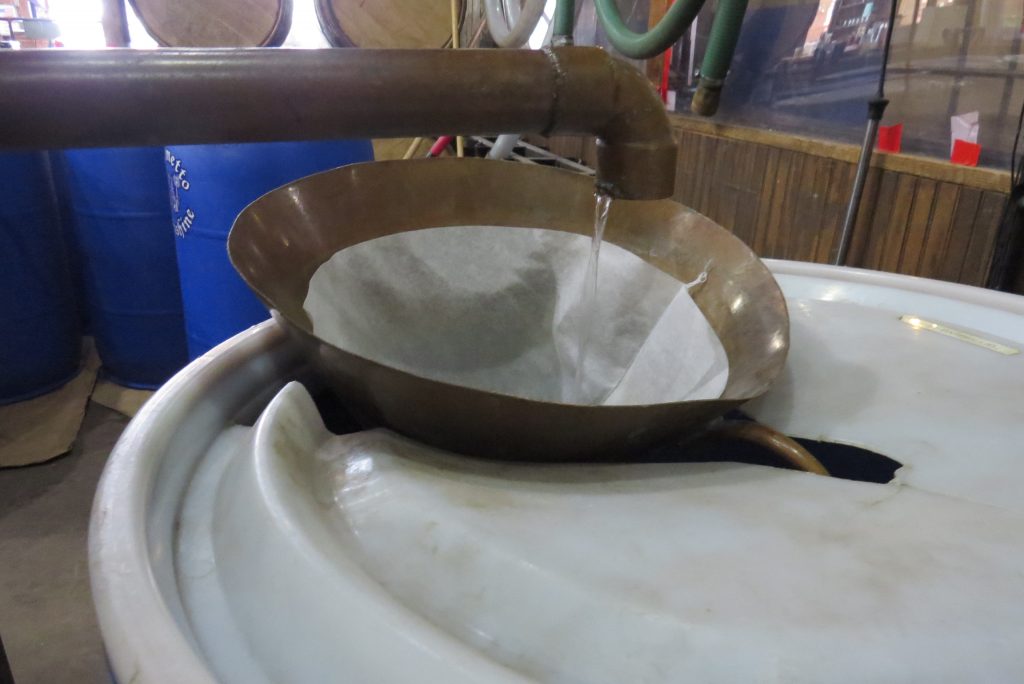 Palmetto Distillery’s classic White Lightning (105 Proof) has been the consistent number-one seller over the past decade, with its Blackberry (45 Proof) and Apple Pie (45 Proof) moonshine flavors and its Palmetto Whiskey also ranking among the favorites. 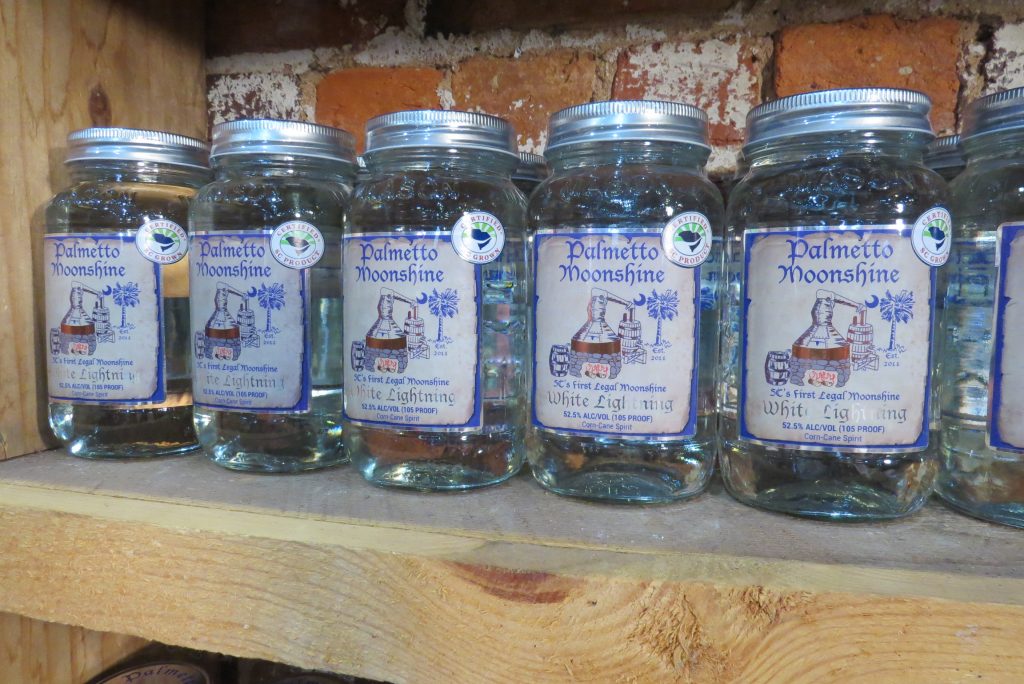 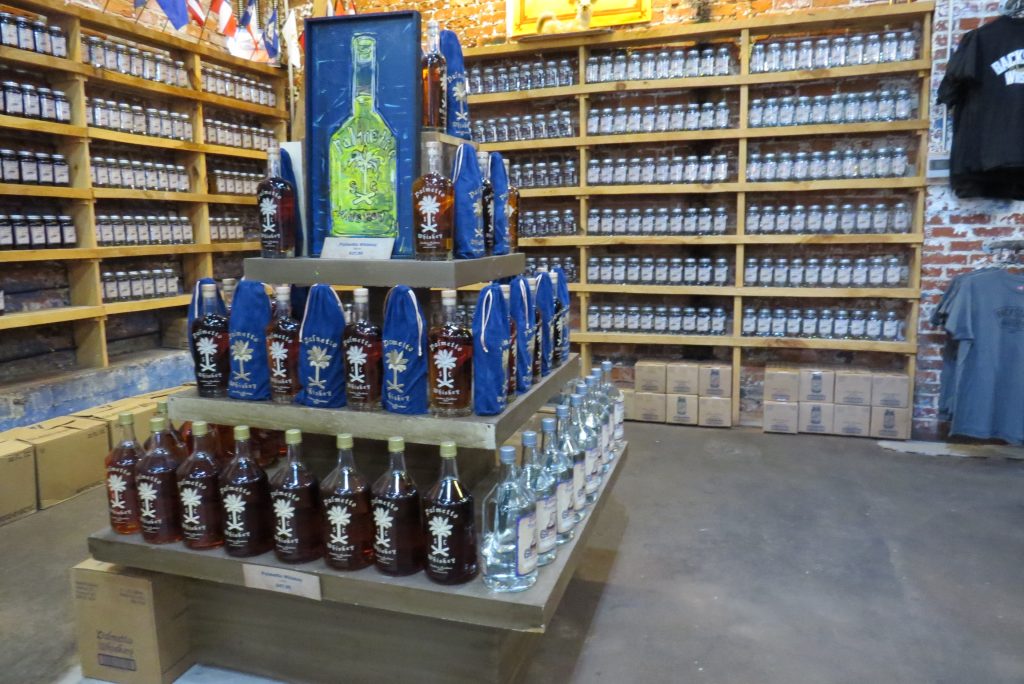 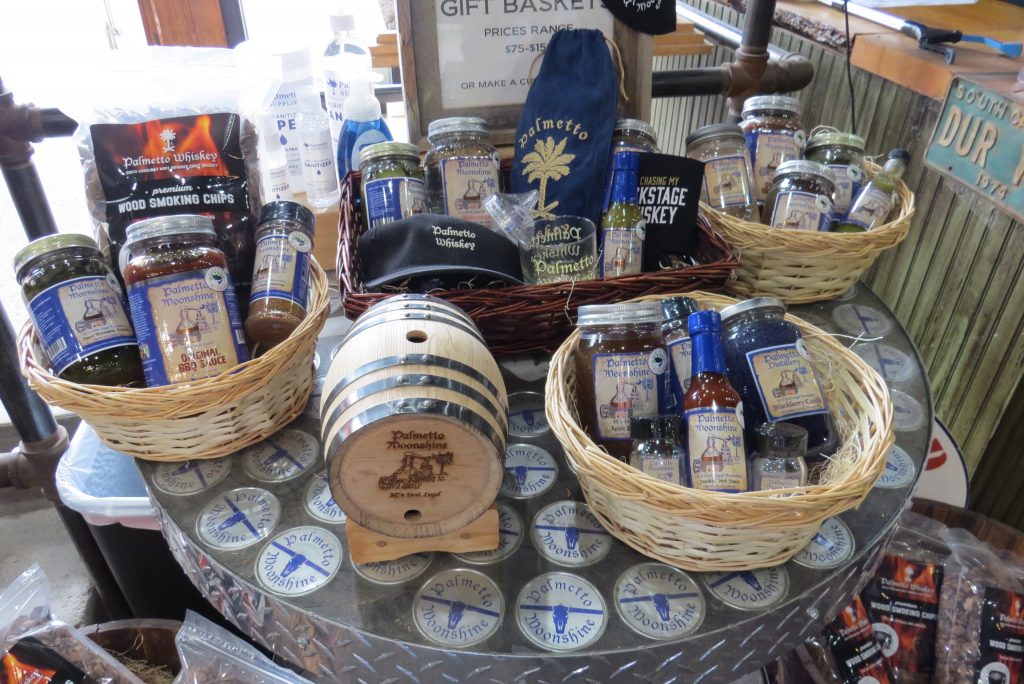 Another kind of Carolina liquid gold

Despite the company’s growth and success, the coronavirus pandemic affected the distillery along with other retail and restaurant establishments. Like many other distilleries around the country, Palmetto Distillery began making hand sanitizer at the front end of the pandemic to assist with a worldwide shortage. The distillery sold to the public and to large customers like the SC Department of Transportation, Michelin, BMW, Prisma Health and many others.

“It kept us very busy,” Boggs said. “We were able to hire 12 people through all that chaos and for that, I’m very thankful. 13: 55 “We had people lined up like we were giving out money at the front door.”

Over the next decade, Boggs says the company will focus on selling closer to home for long-term, sustained growth.

“We were the first one on the block so it was just as fast as we could make it. We sold in 26 states and still ship to Canada and Scotland. The retail part of it is really the small piece of the pie. It’s a good branding opportunity, but the distribution is really where long-term growth is. We want to focus on South Carolina and all the millions of people coming to us and that has been the true story of doing less and making more. It’s a lot more sustainable.”

To reach more tourists, Palmetto Distillery opened a retail store at Greenville-Spartanburg Airport where people from all over the world are exposed to the brand.

“It’s been very exciting to see people come from California and overseas who see our retail store at GSP,” Boggs said. “You may not have heard of Palmetto Moonshine, but somewhere, somehow you’ve heard the word ‘moonshine,’ so when they see that it immediately gets attention.”

The company also has formed a partnership with singer/songwriter Darius Rucker. Known for taking a shot of Jim Beam backstage before performances, a friend gave Rucker a bottle of Palmetto Distillery’s Palmetto Whiskey with its distinctive South Carolina Palmetto tree label. 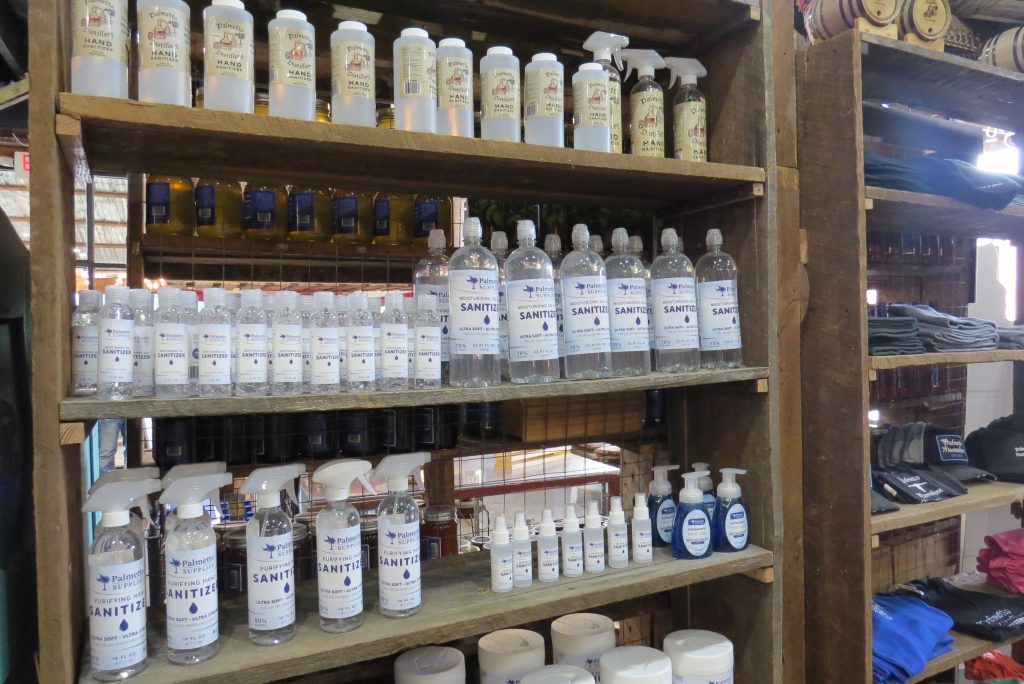 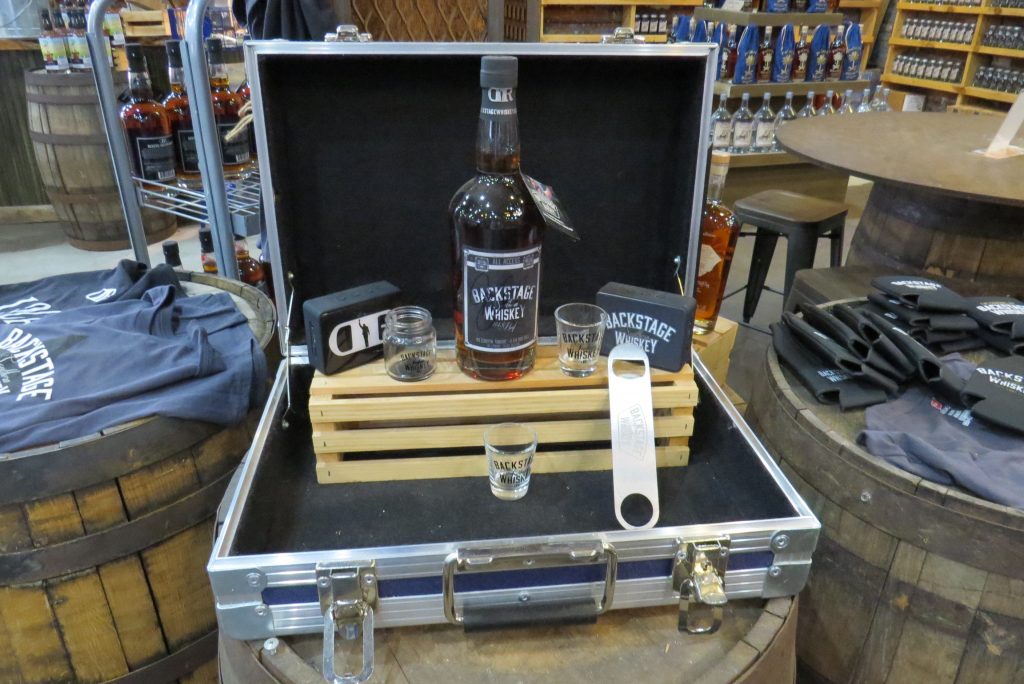 Tours are available free of charge at any time. You only need to book your tour in advance if you have a group of 10 or more individuals. To schedule a large group, call (864) 226-9917 or email info@palmettomoonshine.com.