Editor’s Note: We are re-posting this story from July 2019 to let our users know about the Go Fund Me campaign presently underway to benefit Soapstone Baptist Church and Slave Cemetery in Pickens County. The COVID-19 pandemic  caused cancellation of some of the monthly fish fry fundraisers held at the church, so a Go Fund Me campaign has been launched to help retire the historic church’s $46,000 mortgage. Go here if you’d like to donate.

Three days before she died at the age of 103, Lula Mae Owens asked her youngest child, Mable Owens Clarke, to make her a promise.

“My mother asked that I never let the doors of Soapstone Baptist Church close,” Clarke recalled. “I promised, but I wasn’t sure at the time how I was going to do it.”

Some months later at around three in the morning, it came to her. “God spoke to me and said, ‘Mable, you have a gift and that gift is cooking.’” And that’s how Mable’s monthly fish fry at Soapstone Baptist Church in Pumpkintown came to be.

The first fish fry, however, was held at sister church Pleasant Grove Baptist in nearby Pickens because Soapstone didn’t have a kitchen. “We raised $25 at that first fish fry, but I wasn’t discouraged,” Clarke said.

More than 10 years later, Soapstone Baptist has a kitchen and a social hall to accommodate the crowds that attend the Fish Fry Plus Fund Raiser on the third Saturday of each month from Noon until 7 p.m. Along with the food, attendees get a glimpse of the rich history of this part of Pickens County known as Little Liberia. They also become part of Soapstone’s extended family.

A little history
About 130 years ago, 600 freed slaves settled Little Liberia when former slave owners moved to nearby towns and along main roads where farmland was considered prime and far more accessible.

“They thought they were giving them less desirable land, but just look at this view,” Clarke says as she stands atop a large soapstone that offers a pristine view of Table Rock and the Blue Ridge Mountains. 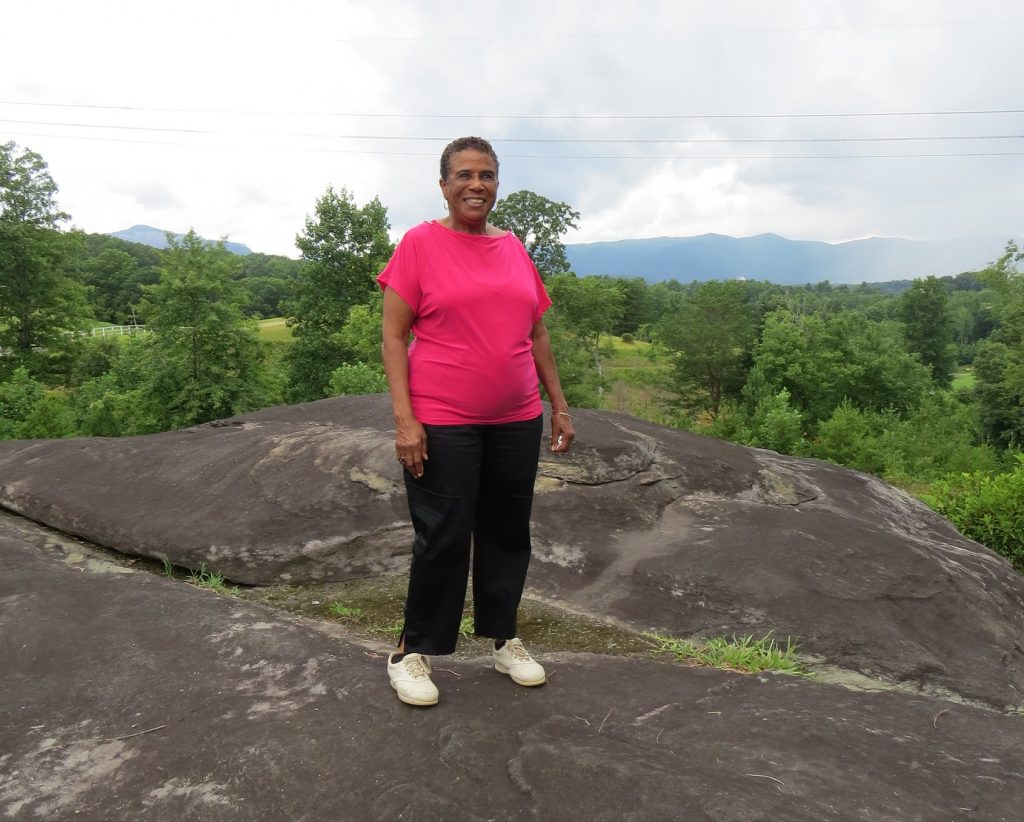 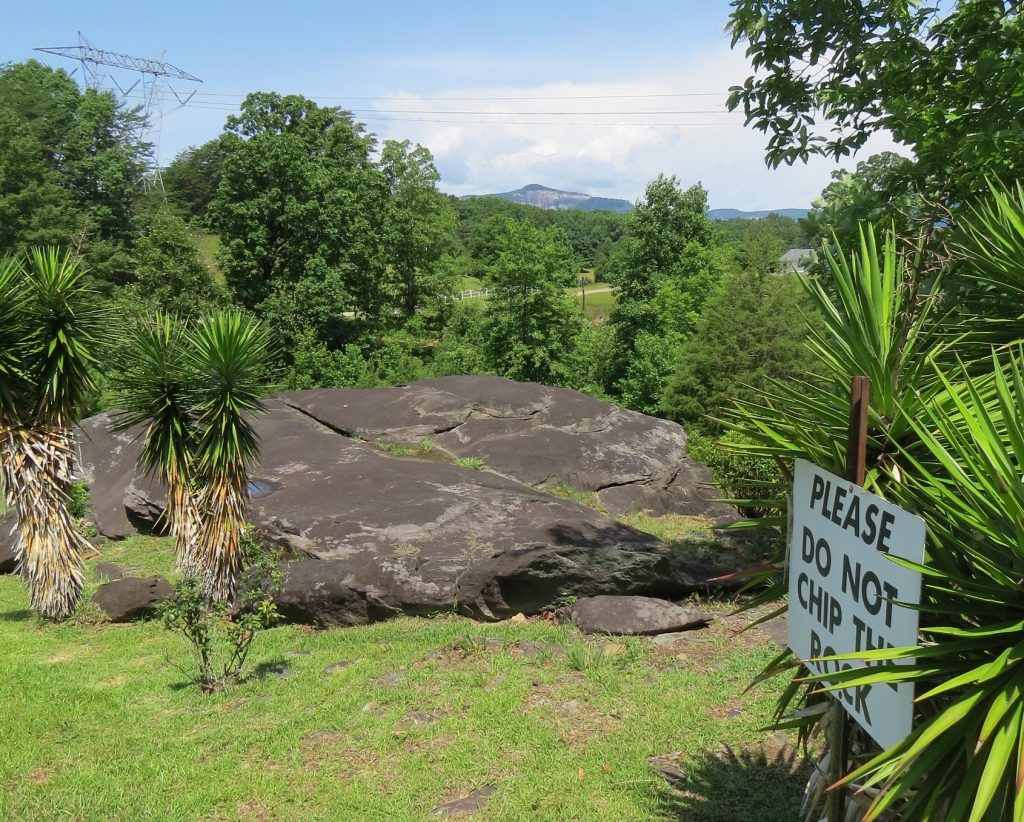 It’s near that signature soapstone that Clarke’s great-grandfather, Joseph McJunkin, founded Soapstone Baptist Church around 1865. Church members met under tree canopies until a structure could be built. A one-room schoolhouse, which is thought to be the oldest African American school in South Carolina, was built adjacent to the church. In 1966, the Ku Klux Klan set fire to the wooden church building, burning it to the ground. The schoolhouse survived.

With no funds to rebuild, members decided they would have to attend nearby churches. Refusing to accept their plight, Clarke’s mother, Lulu Mae Owens, solicited donations along the family’s “peddlin’ route” in Marietta, Travelers Rest and West Greenville until she had raised the money to buy enough cinder block to rebuild the church. 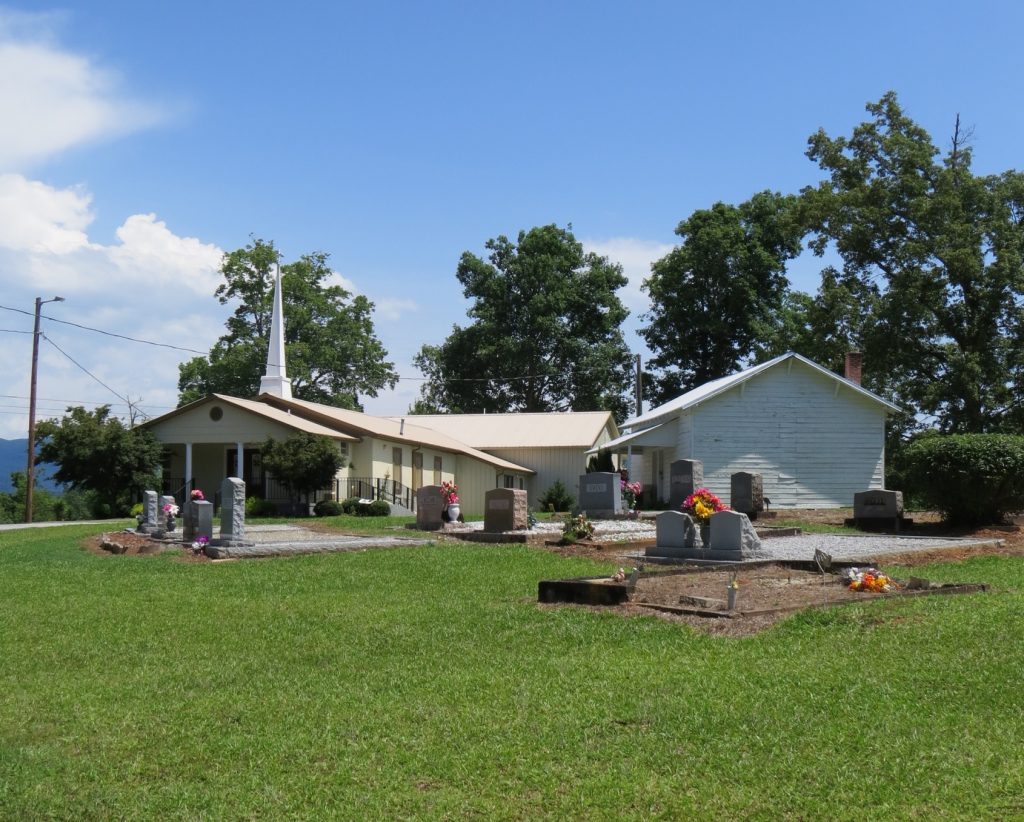 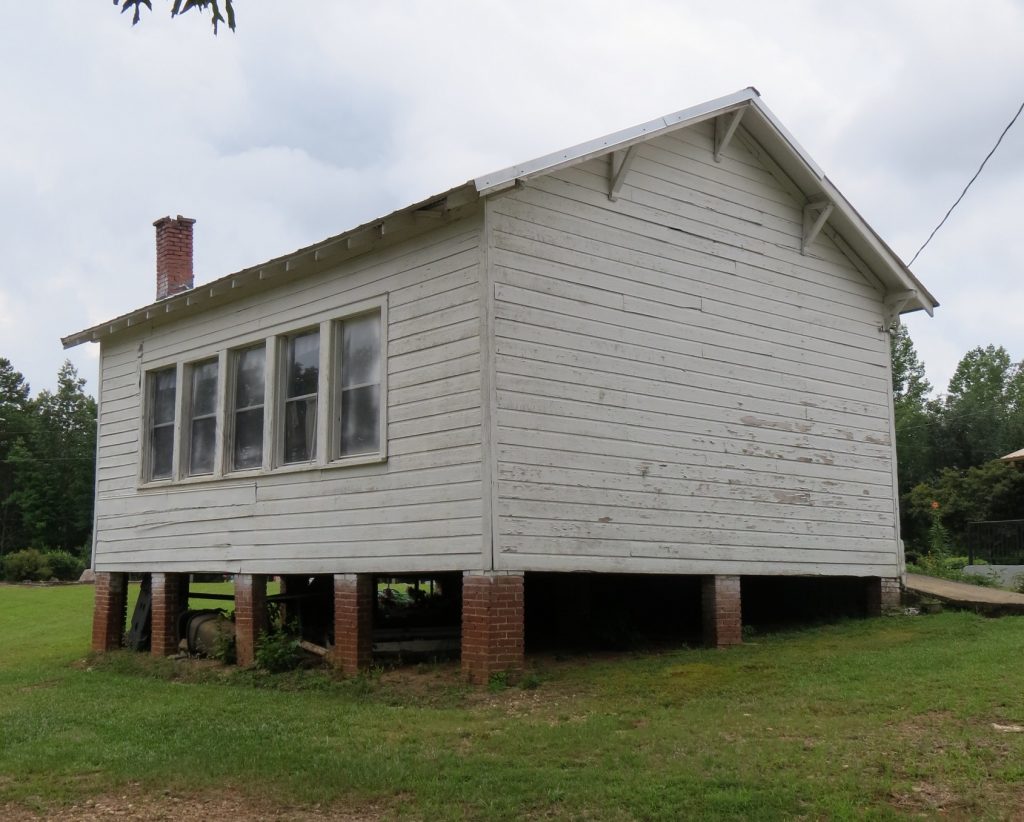 Over the years, church attendance has dwindled to nine or 10, but the monthly fish fry has kept the doors open and the story of Little Liberia from being lost.

History unearthed
In 2011, a surveyor working near the church property discovered small soapstone markers hidden among a thicket of trees and heavy brush. Following in her mother’s footsteps, Clarke put out a call for help to uncover the slave cemetery that the community had long heard about, but its location unknown. 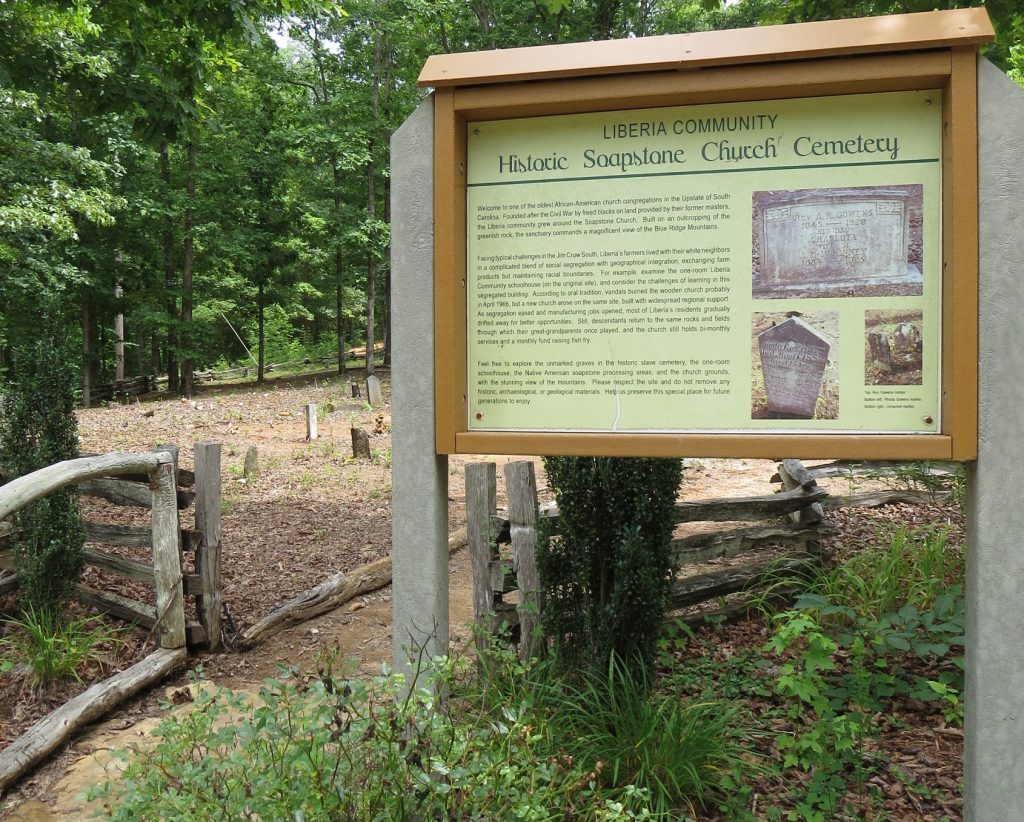 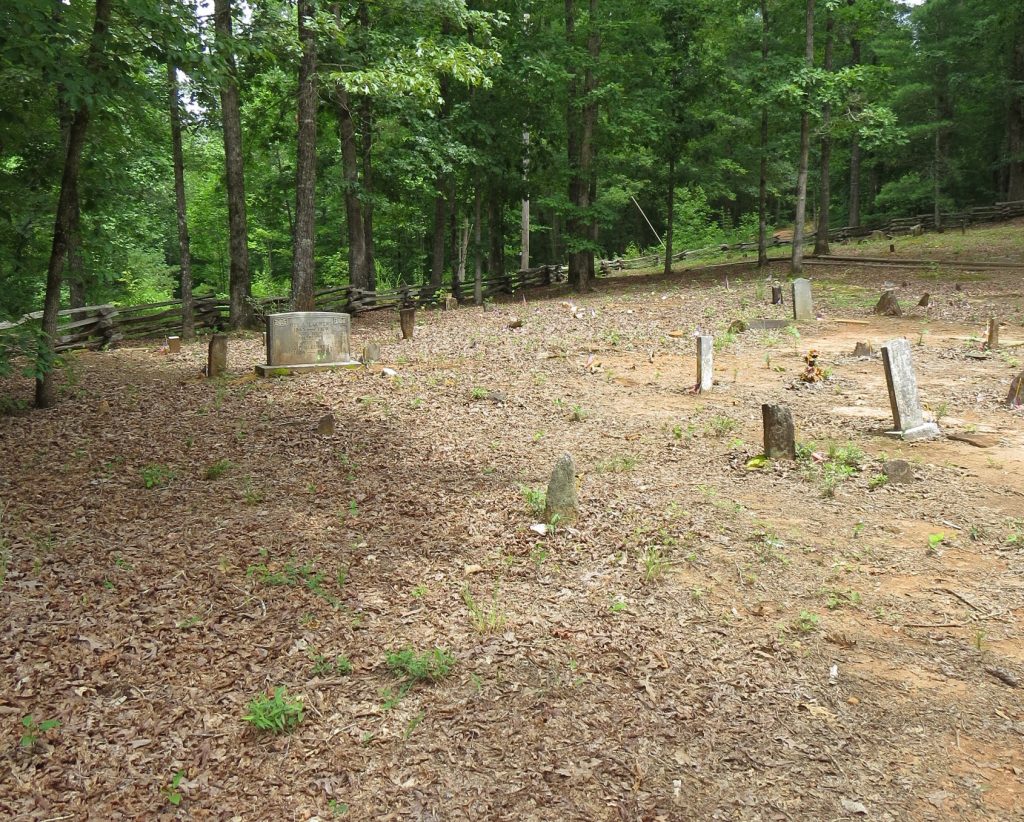 With the help of 35 volunteers, the cemetery was unearthed. Today, a locust post fence surrounds the nondescript graves. A sign erected by Pickens County welcomes visitors to one of the oldest African American church cemeteries in the Upstate and invites them to explore the largely unmarked graves, respecting and preserving the site for future generations to enjoy.

History documented
A newly released book written by Clemson University Anthropology Professor John M. Coggeshall tells the story of the five generations of the Owens family and the little community tucked away off Pumpkintown Road in Pickens County. Proceeds from the sale of the book, entitled Liberia, South Carolina: An African American Appalachian Community, are returned to the community for historical preservation and presentation.

Clarke and Coggeshall travel regularly to lectures and book signings, shedding new light on the African American experience in Appalachia and the stories of a little-known and largely ignored community in Pickens County, SC.

Fish fry
Meanwhile, Clarke continues to be featured in newspapers, magazines and on television, including WSPA-TV. Next year, her cooking and her famous fish fry will be included in an issue of Eating Well magazine, an award-winning national publication. For Clarke, that could mean many more fish fry newcomers and new opportunities to tell the story of Soapstone Baptist Church and Little Liberia. 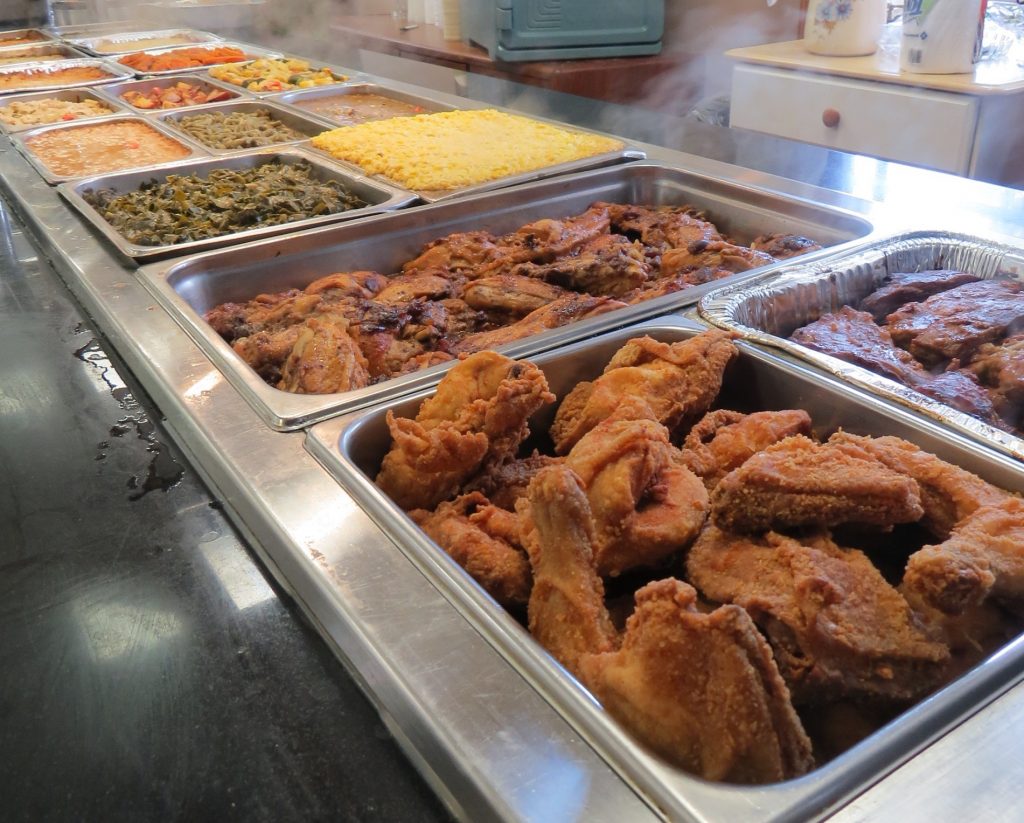 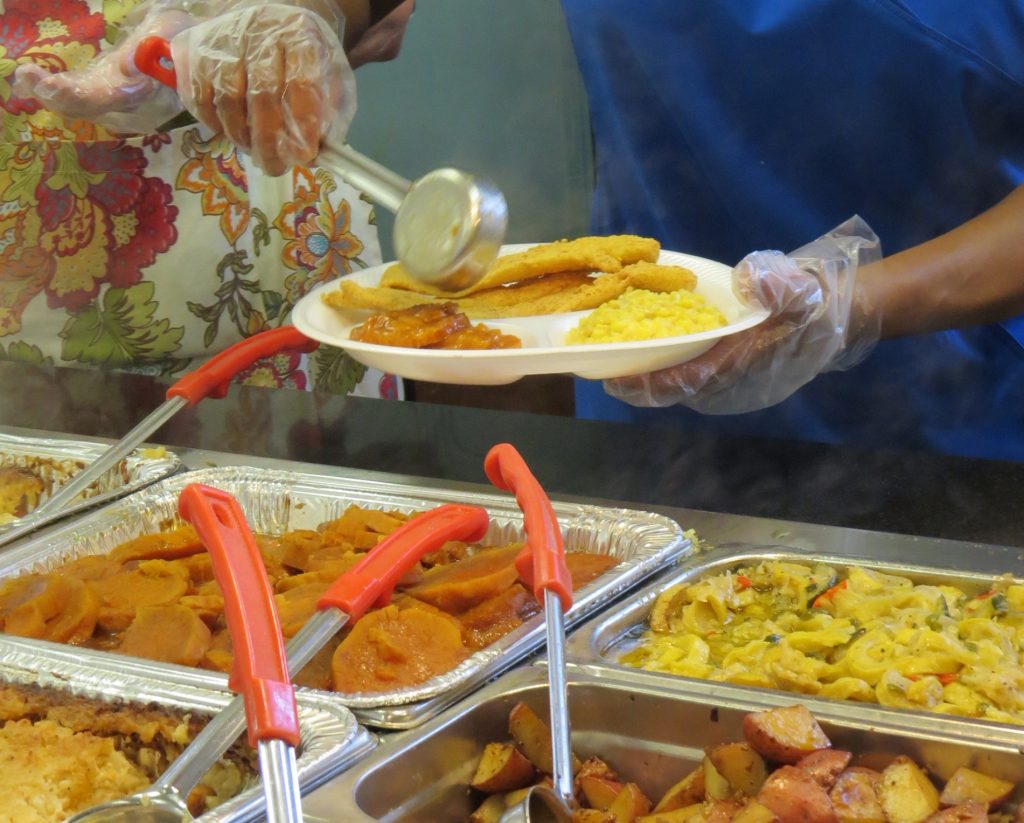 So, mark your calendar for the third Saturday of the month. You’re invited to visit the Soapstone Baptist Church Fish Fry Plus and bring a friend.