Vassar Livengood began scooping ice cream at Slater Drug Co. as a teenager. Now the lead pharmacist and owner of the drugstore her grandfather founded, Livengood still dips an occasional ice cream cone or mixes up one of the store’s famous peanut butter milkshakes. 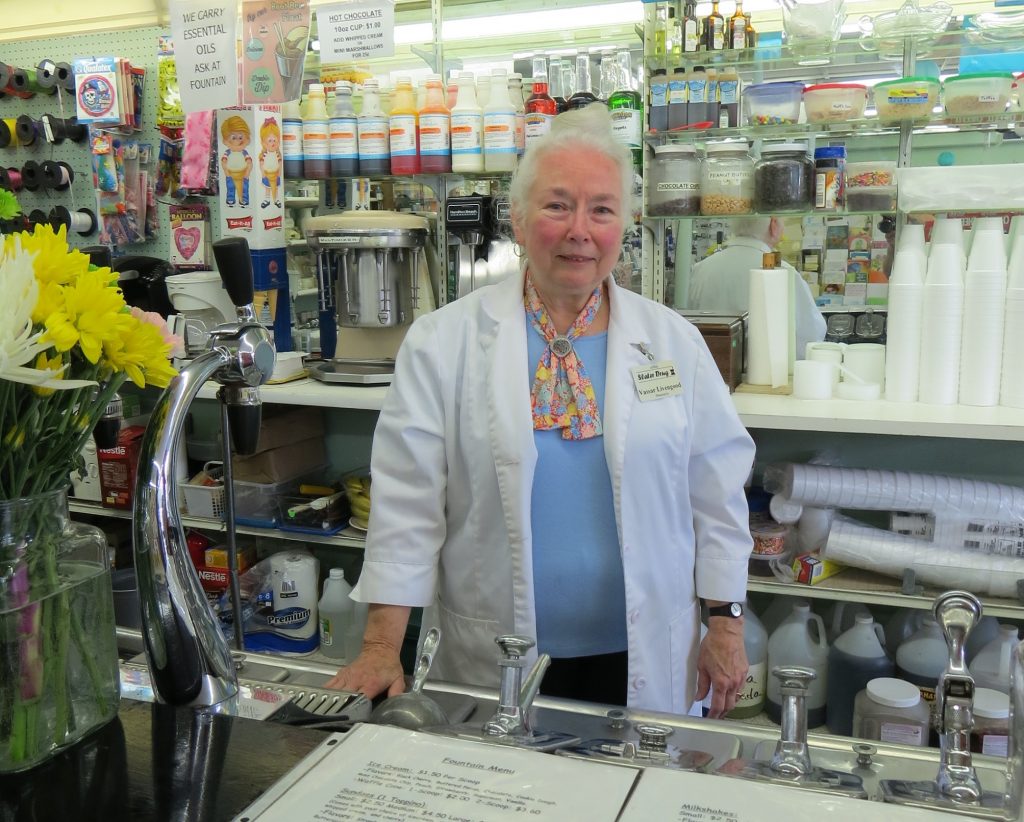 Vassar Livengood behind the soda fountain at Slater Drug Co.

In celebration of National Ice Cream Month, Livin’ Upstate visited this landmark at the corner of U.S. Highway 276 and Pumpkintown Road in Marietta, SC to taste what many say is the best milkshake in Greenville County. But first a little history, and why Slater Drug has a Marietta address.

Clinton A. Henson, Livengood’s grandfather, opened Slater Drug Co. in 1929 in Slater Mill Village across from the Slater Post Office. In 1940, the drugstore moved less than a mile to Highway 276 in Marietta – across the road from where it sits today. In 1959, Slater Drug moved to its present location on Pumpkintown Road, taking over space previously occupied by a hardware store.

Like most pharmacies of the day, Slater Drug featured a soda fountain that made the store a community gathering spot.

“We were the only thing on the upper end of the county for a long time,” Livengood recalled. “Before air conditioning, people would line up on Sunday afternoons to buy ice cream.”

And before GPS, Slater Drug was the place to stop and ask for directions to nearby camps.

“I wish we had put a nickel in a jar every time someone came in wanting directions to Camp Old Indian or Camp Marietta or Table Rock,” Livengood says with a chuckle. 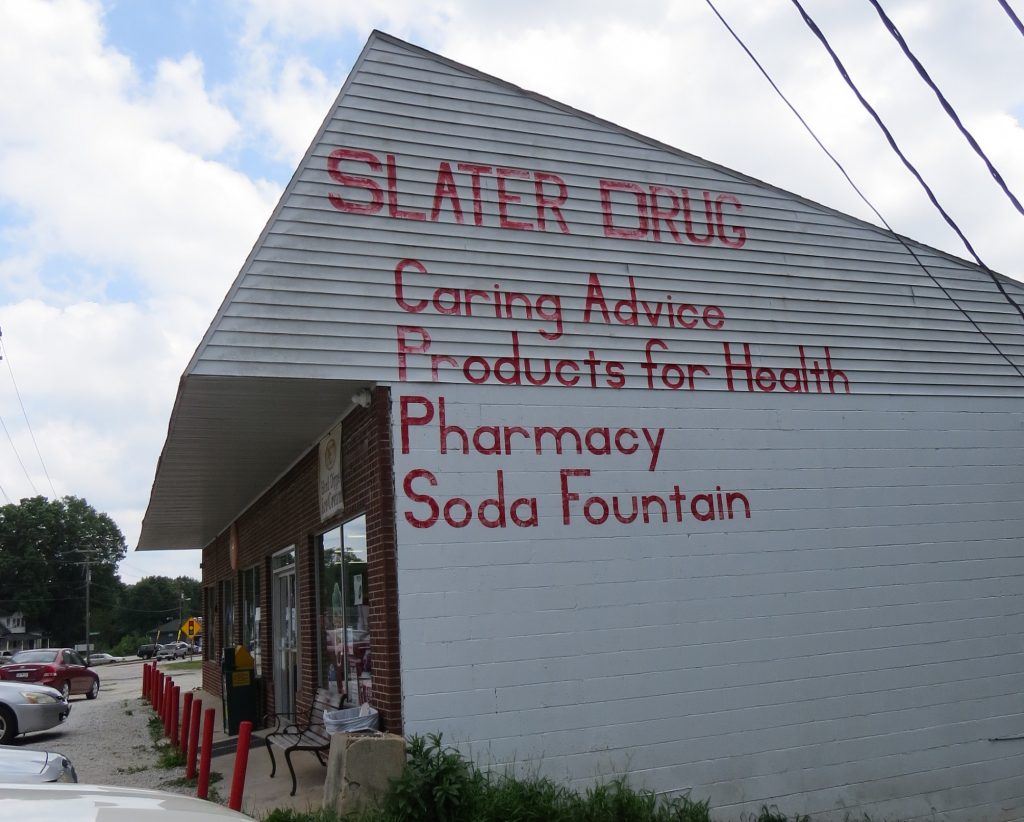 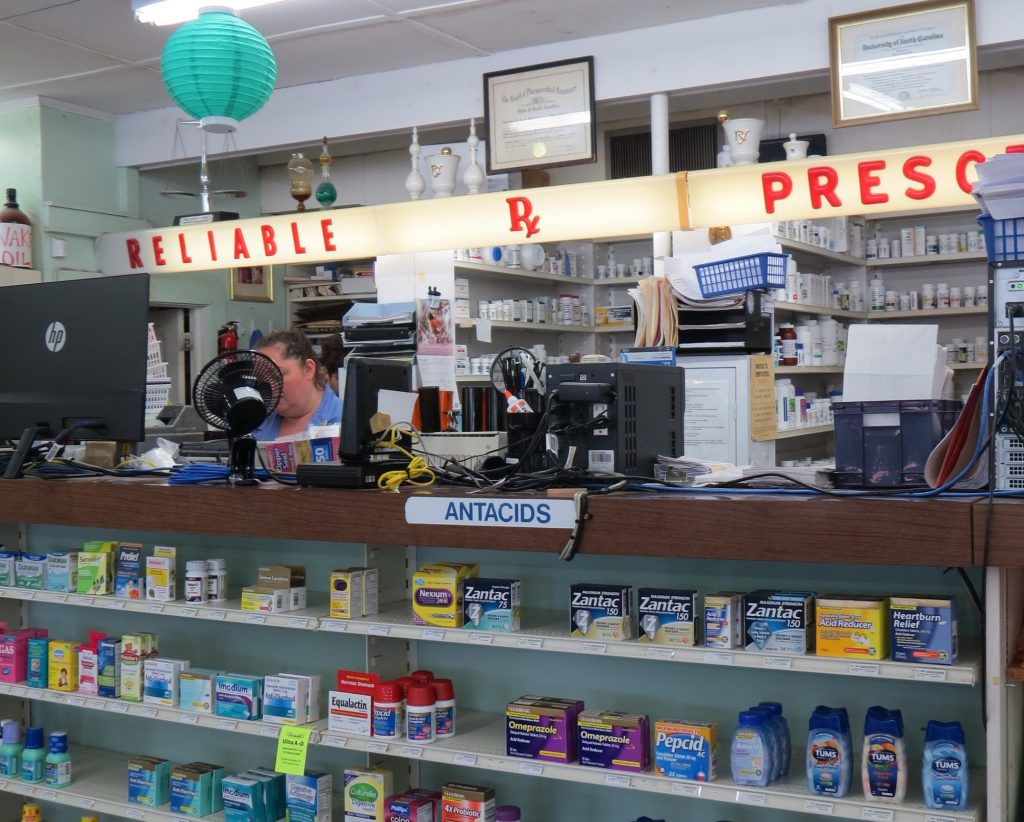 And while air conditioning, GPS and competing pharmacies all have come to northern Greenville County, Slater Drug Co. is a mainstay of convenience with a heavy dose of customer service. “We’ll run prescriptions out to a customer’s car, and sometimes we help out with enough medicine to get someone by when they run out and can’t get a new prescription right away,” Livengood said.

A career at Slater Drug was not what Livengood imagined when she graduated from pharmacy school at the University of North Carolina at Chapel Hill in 1970. At that time, her uncle Bill Henson was running the business.  Livengood went to work for a large retail pharmacy in North Carolina after college and in 1977, she and her husband moved to Chicago.

But in 1978, a job opening at PYA Monarch in Greenville lured the couple back to the Upstate and Livengood back to Slater Drug to help her ailing uncle run the store. When Bill Henson died in 1982, Slater Drug moved to a third generation of family ownership under Vassar Livengood.

Whether filling a prescription or dipping ice cream, Livengood feels a sense of pride in the business her family built and in the community it serves. 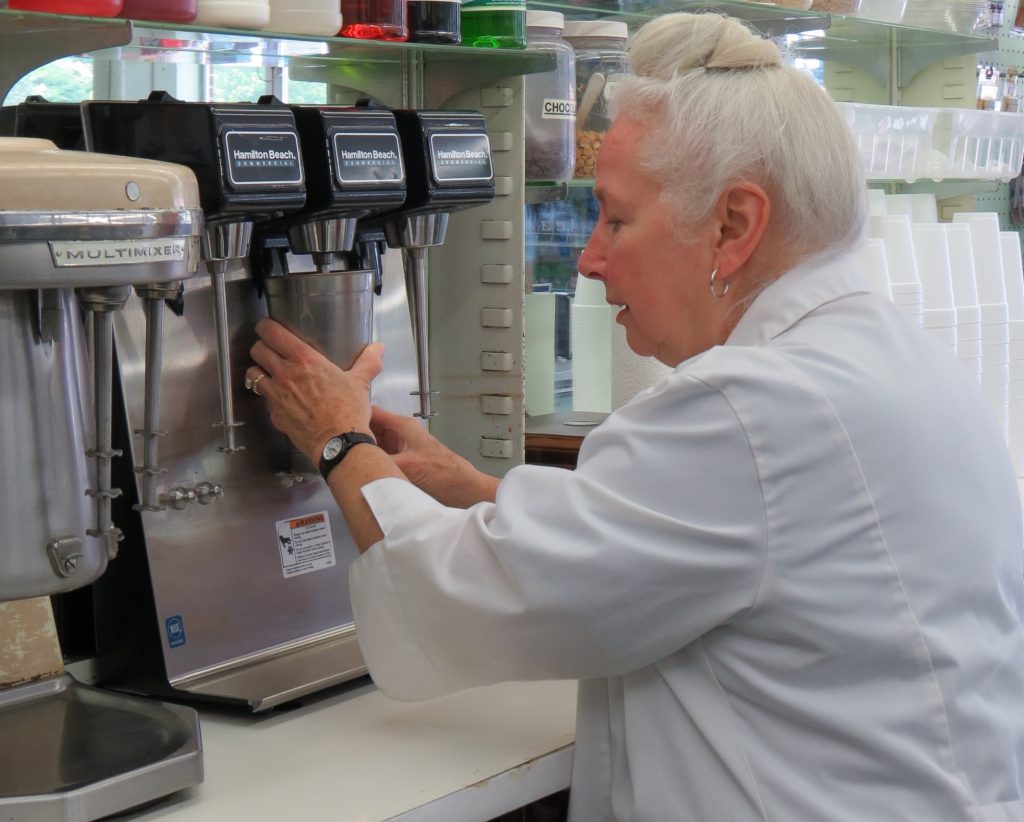 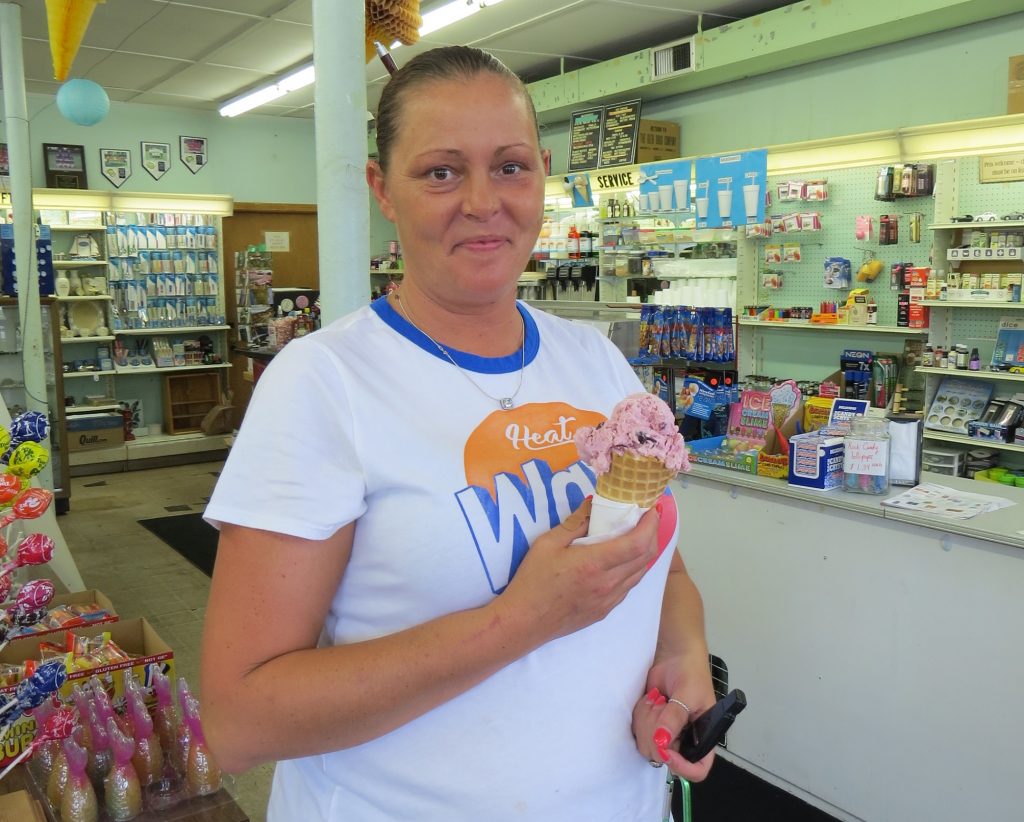 Annie Cantrell has been a Slater Drug customer for 36 years.

“I keep going because I would miss all these people,” Livengood said. “I enjoy our customers. We look out for one another.”

To prove the point, Livengood recalled a few years back when a driver lost control of his vehicle one morning along Highway 276 and slammed into the corner of her building, breaking the glass windows. A customer who was passing by stopped and stood guard at the store until Livengood could get there.

And when customers move away, the people of Slater Drug and the ice cream, of course, draw them back.

“I’ve been coming in here since I was six years old and I’m now 42,” said Annie Cantrell, a Dacusville resident who came in for an ice cream cone on a hot Upstate afternoon. “These are the sweetest people and the ice cream is really, really good.”

So, what’s the best-selling ice cream at Slater Drug? It’s a tie between chocolate and butter pecan, according to Livengood. But when it comes to milkshakes, peanut butter is the hands-down favorite.