Fall is around the corner and that typically means the Upstate is gearing up for football season.

Tailgating and game watching will certainly look a bit different this year, but we can still eat while cheering on our favorite teams.

Livin’ Upstate went in search of crowd-pleasing recipes in the Carolina Eats Winning Game Day Recipe Sweepstakes presented by Ingles. Four finalists were drawn at random from all entries, with recipes prepared by our finalists, alongside Ingles Chef Jasmin Queen and Your Carolina’s Jamarcus Gaston.

Our first winning recipe was submitted by Siobhan Rose, all the way from Horry County. A native of Rhode Island and a huge football fan, Siobhan grew up attending New England Patriots games. A resident of Myrtle Beach for the past 13 years, she visits the Upstate every two to three months to camp, fish and hike.

Siobhan submitted her Nacho Delish Dish in the Carolina Eats Winning Game Day Recipe Sweepstakes. One of four finalists drawn at random from sweepstakes submissions, Siobhan received a $250 Ingles gift card and a chance to win a two-night stay at the Charleston Marriott. The winner will be selected at random and announced on Friday, August 28, on Your Carolina.

“I love food, I love cooking and I love football,” Siobhan says. “The reason I chose this recipe is because it looks as good as it tastes. It’s a crowd pleaser. It’s filling and warm and you can eat it while watching the game.”

Of French-Polish-Portuguese decent, Siobhan says she enjoys all types of food and is always on the lookout for great recipes. 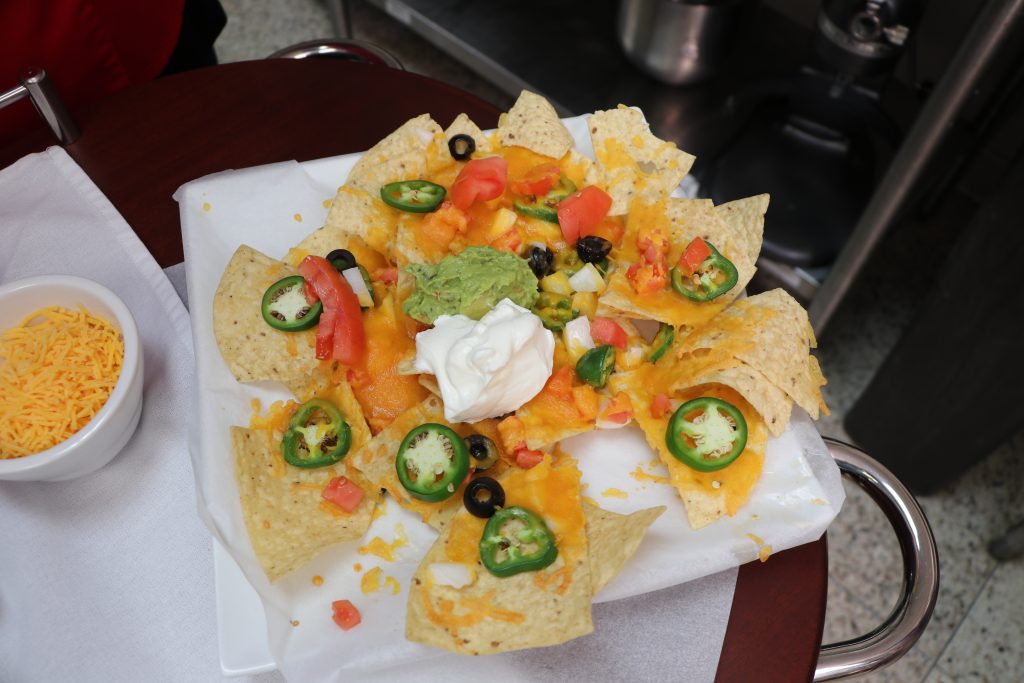 “There are endless possibilities with this recipe,” Siobhan says. “You can add and swap ingredients for what you like.”

Pro Tip: Ingles Markets offers homemade guacamole in its stores each day. “It’s made fresh each day and you can get mild or spicy,” Chef Jasmin says.