Saluda River Rambler kicks off summer season on May 29

Nathan Weaver believes the Saluda River is a scenic gem that more Upstate locals and visitors should experience. So, last year, he bought a bus and 60 kayaks and opened Saluda River Rambler in Piedmont.

Livin’ Upstate caught up with Weaver during a recent summer kickoff paddle co-sponsored by The Lincoln Taproom in West Pelzer that hosted 30 kayakers for a trip down the Saluda from Piedmont to Pelzer.

“We have an awesome river here,” said Weaver. “It’s a very clean river for the Upstate and really, really scenic. People are amazed at how scenic this river is and how wild it feels even though you’re surrounded by suburban development and agricultural land. To us, it’s really this gem that was not being accessed or seen by the public that we really want to show people.”

Saluda River Rambler begins seasonal operations on May 29 and continues through Labor Day weekend. Kayak tours launch just below the Piedmont Dam along the banks of the Saluda where Piedmont Manufacturing Co. once stood.

The trip concludes six miles and an average of three hours later at the Timmerman Jr Kayak Launch in Pelzer. The trek is, for the most part, easy paddling with a few small rapids at the end – a Class II called Allen Shoals. 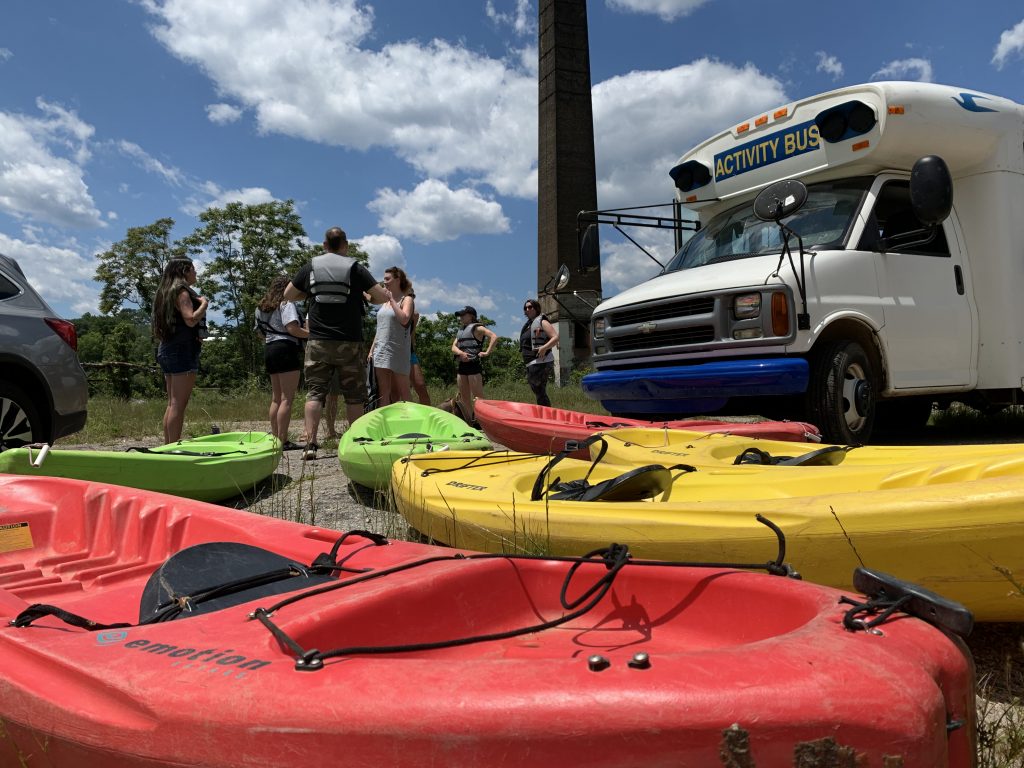 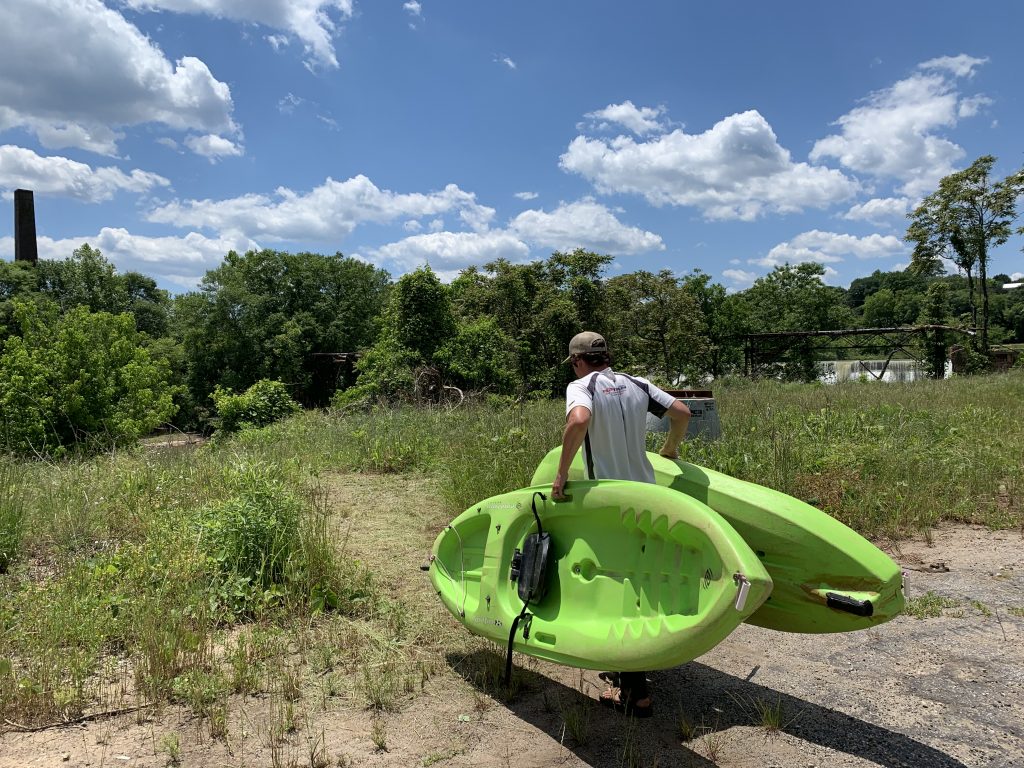 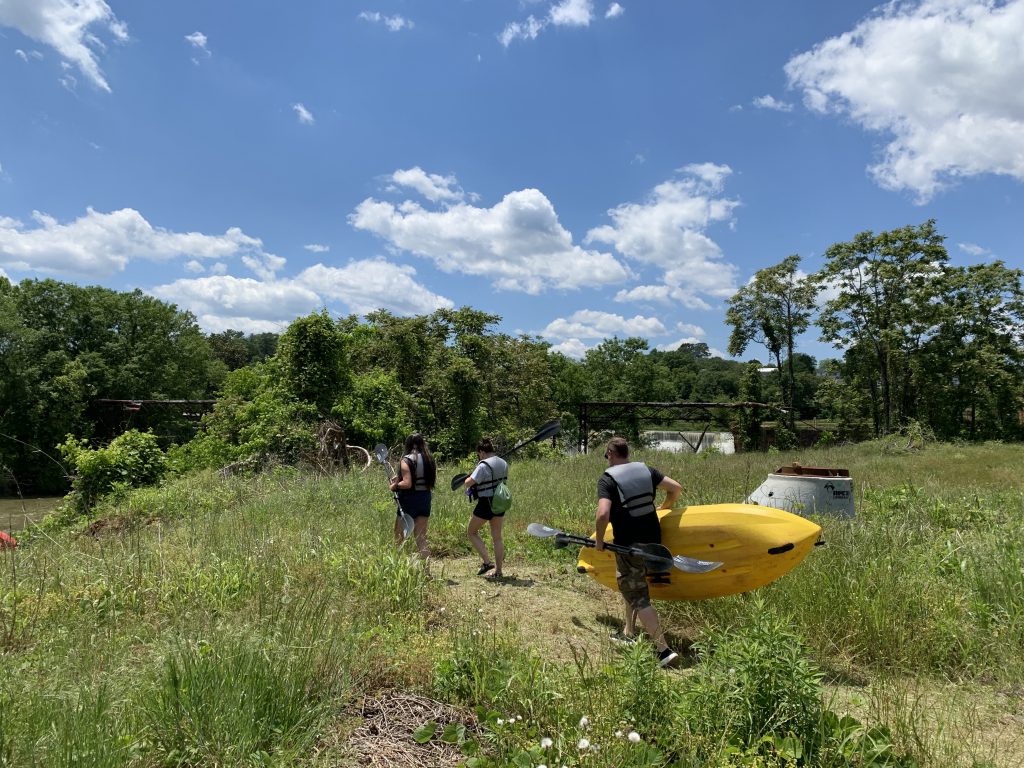 A native of Six Mile who now resides in Pelzer, Weaver grew up in the Boy Scouts, then went to Clemson University where he majored in wildlife biology. The outdoorsman considers his part-time gig as the Saluda River Rambler and promoter of the Upper Saluda River a natural fit.

“The Saluda is a really clean river. The water quality is actually pretty high because the headwaters are protected by the City of Greenville Watershed,” Weaver explained. “And there’s a lot of wildlife viewing on the river, including otters, Kingfishers, Great Blue Herons, and all types of turtles.”

The Saluda River Rambler experience also includes viewing of historic railroad structures like the Hurricane Creek Bridge built about 1853 and constructed of stone laid together so perfectly that it has lasted 170 years without mortar. Kayakers can paddle into the shade of the bridge and enjoy a relaxing break during the paddle.

“You don’t have to go all the way to the North Carolina mountains to see a beautiful river.” Weaver adds. “You have it right here in your backyard.” 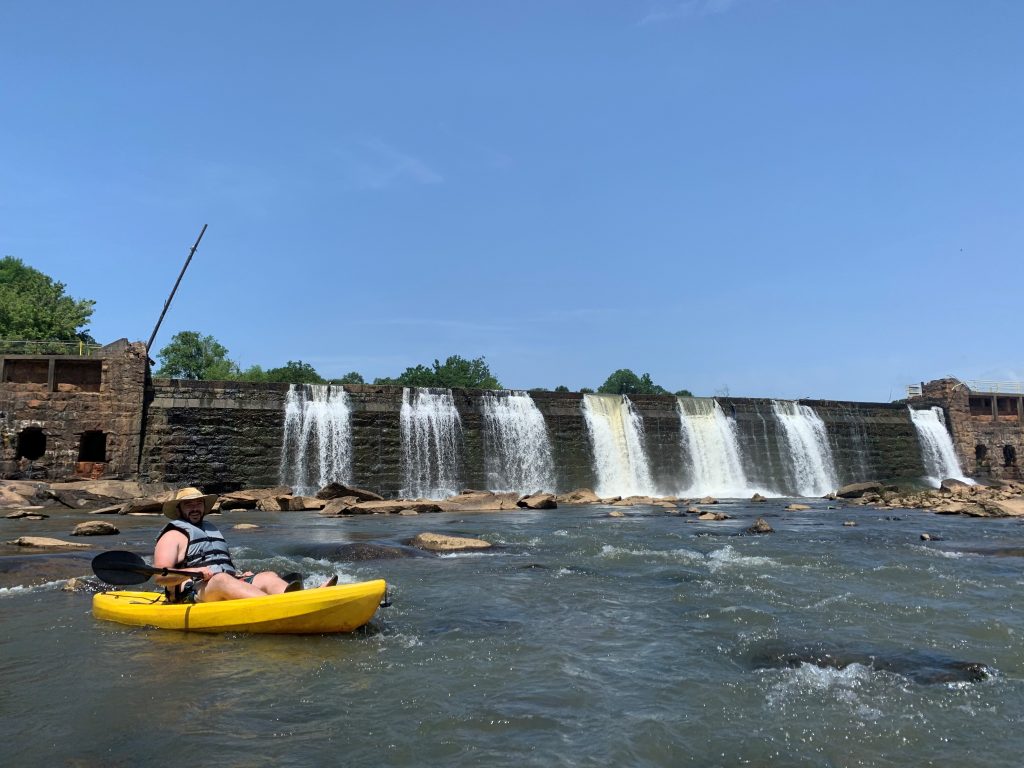 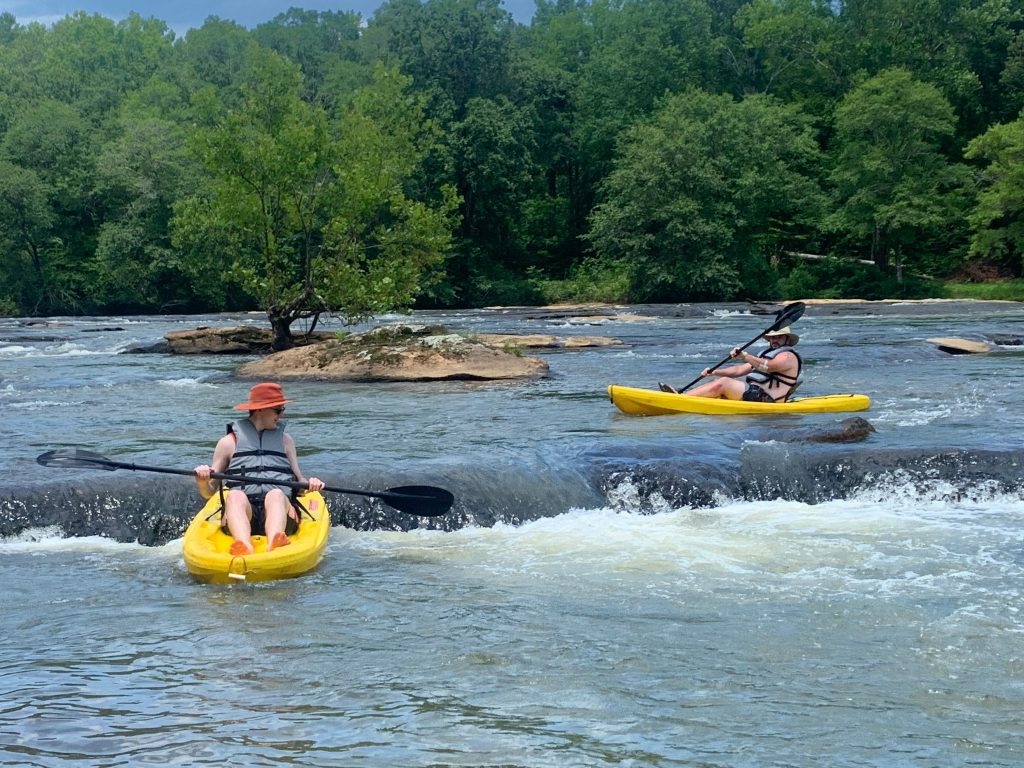 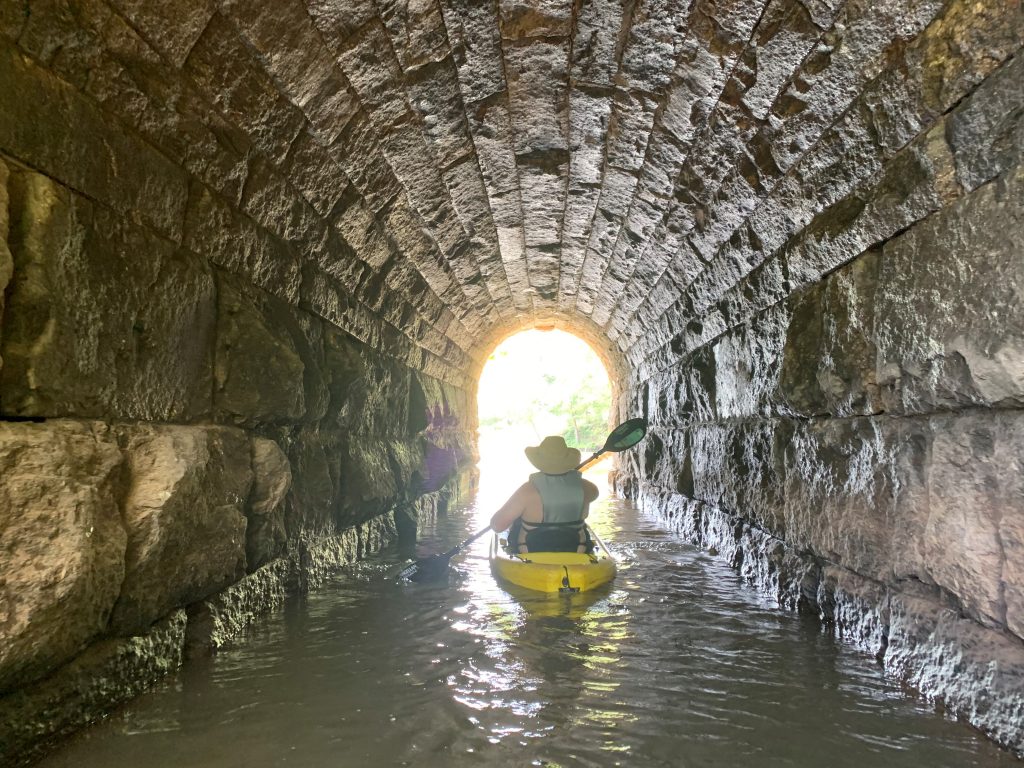 Cost is $25 per person which includes shuttle: $10 to shuttle your boat. 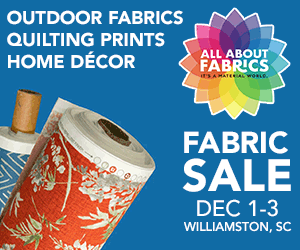