Jessica Atkins Few first noticed the big white house on the hill as a four-year-old eating ice cream with her grandfather, Jack Pearson, at Jigg’s Café in downtown Piedmont.

“I was sitting on a stool in there eating ice cream and I just happened to notice this house and I decided to fall in love with it that day,” said Few. “It became a slight obsession, I guess you could say, and my grandfather used to drive me by it all the time through the years, took me to see the Christmas lights every year. It was just something he fostered in me and encouraged me to dream about and said, ‘maybe one day you can buy it and live there.’”

That dream came true in December 2020 when Jessica and her husband, Dr. Brian Few, purchased the historic Piedmont residence that once was the home of town doctors, then the superintendent of Piedmont Manufacturing Co.

Perched atop Hotel Hill, the white Victorian Farmhouse seemingly keeps watch over downtown Piedmont. A symbol of a time when Piedmont was home to one of the largest textile mills in the world, the stately structure is being restored to its former character and charm. 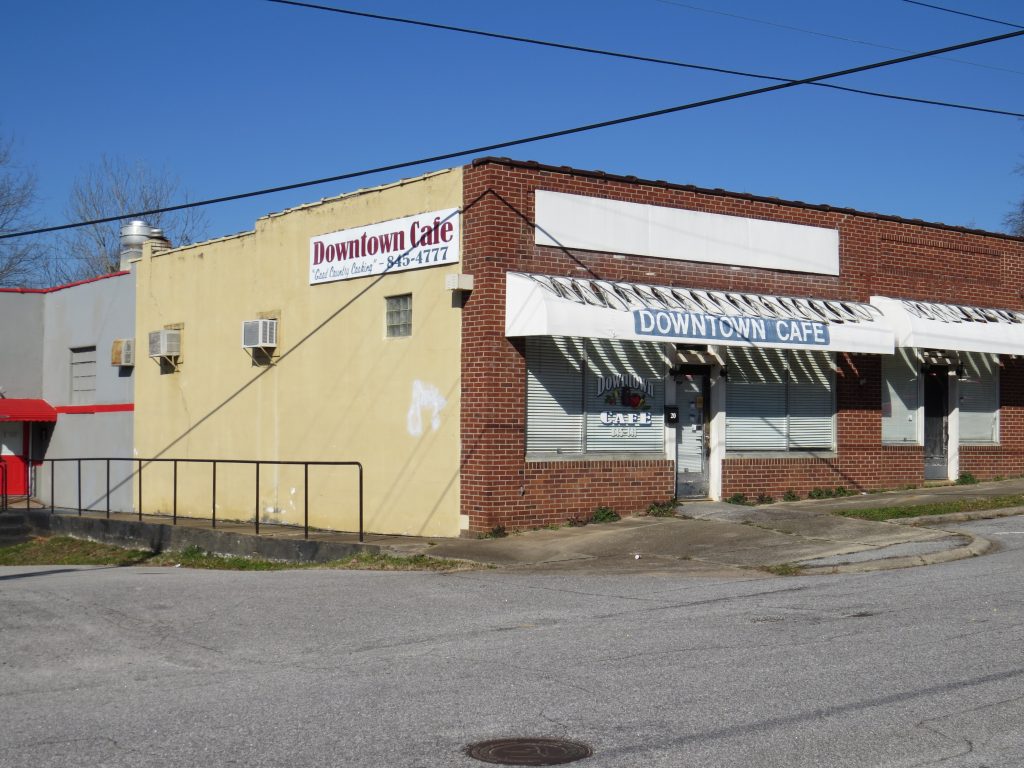 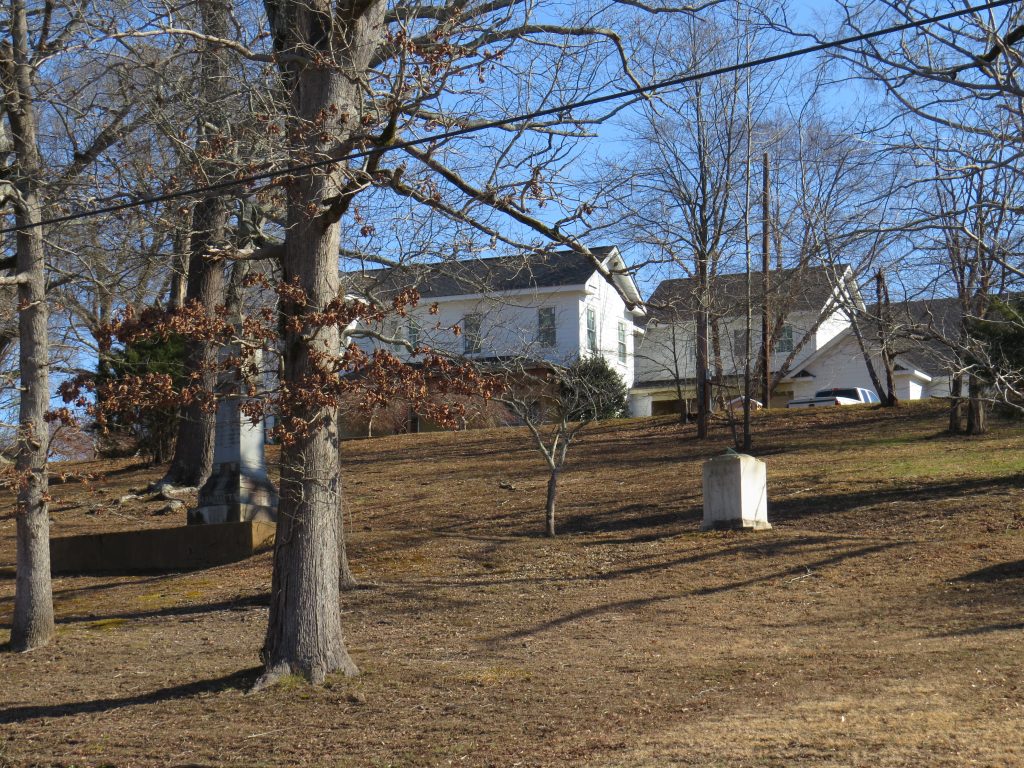 A view of the house from the Downtown Cafe. 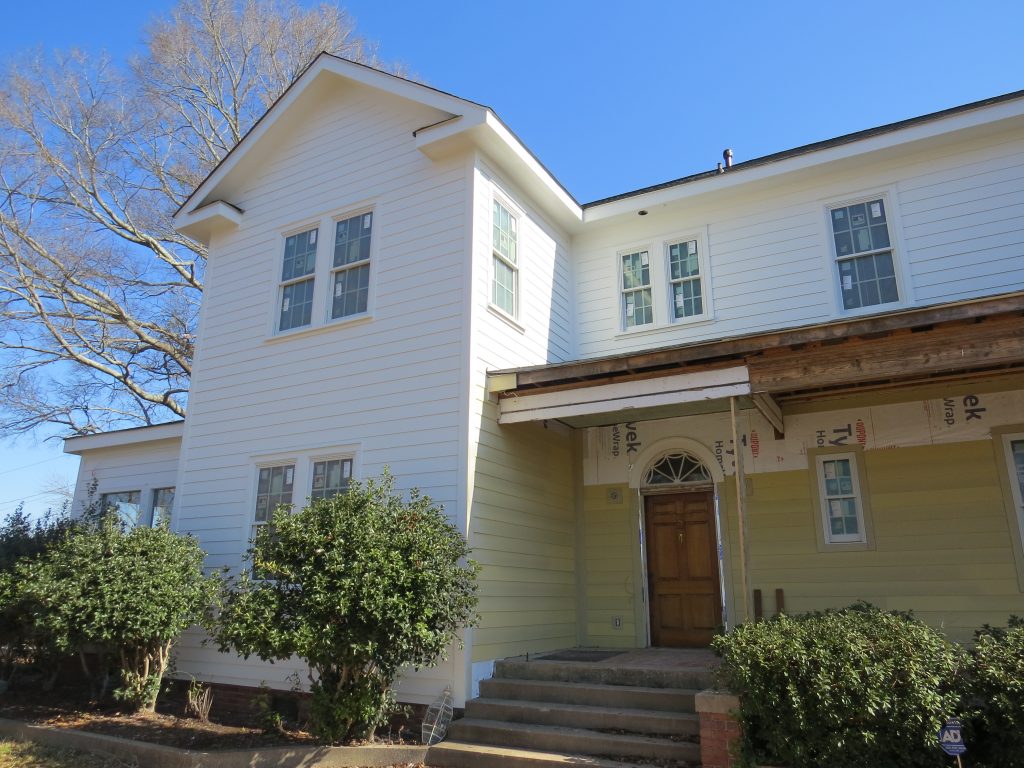 Restoration of the historic home in Piedmont is well underway.

“I’m really thankful we found it when we did, I’m thankful that the previous owners took such good care of it and the problems that we found were fixable,” Few said. “It’s a pretty piece of history here in Piedmont. I enjoy the process and I do feel like we’re doing something that is meaningful.”

Built by Piedmont Manufacturing Co. around 1873, prior to construction of Piedmont’s mill houses, the superintendent’s house stood next to Piedmont Hotel. The hotel, which later became the local teacherage, was torn down around 1954, according to Upstate historian Dr. Anne Peden. 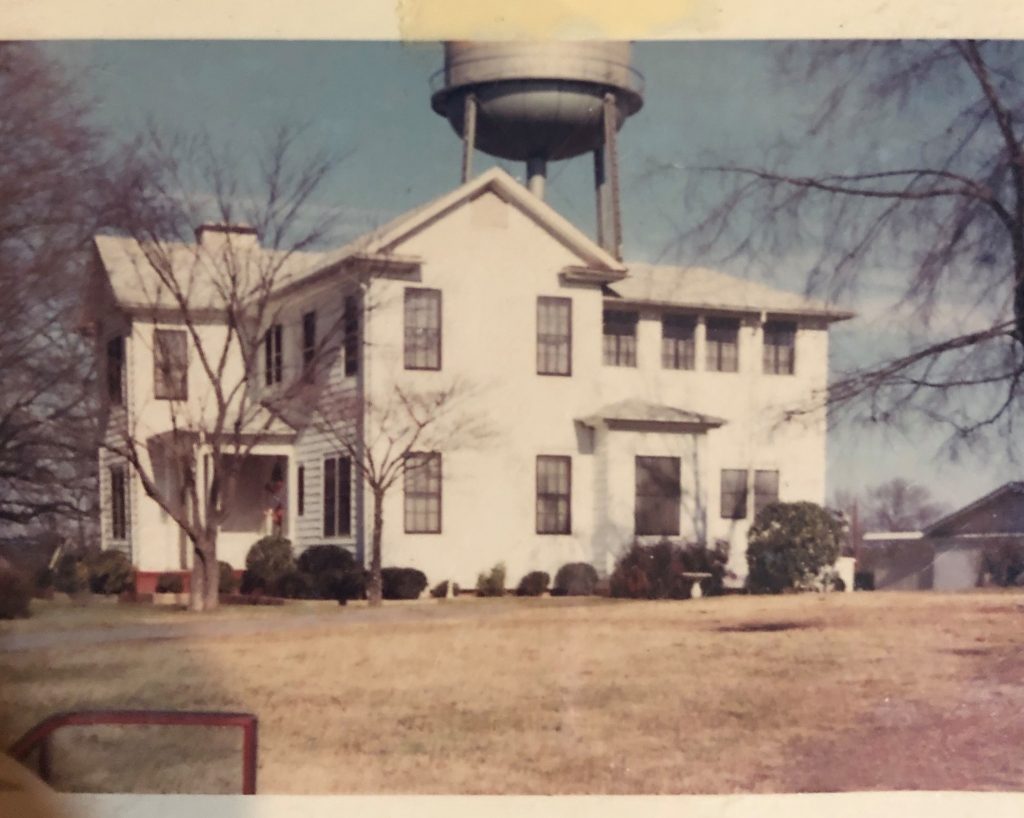 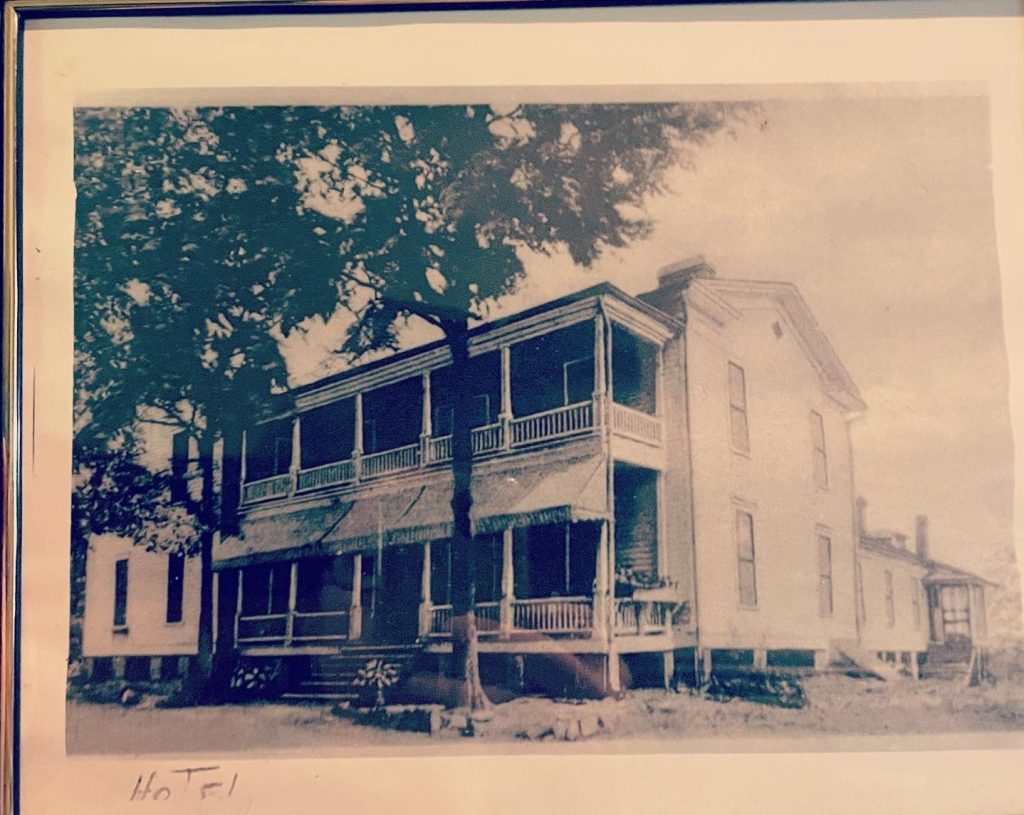 The original two-level dwelling had nine rooms and a large side porch. An icehouse, carriage house and servant’s quarters were constructed behind the main house.

Several of the home’s original elements have been uncovered during the restoration including a ceiling fan, a copper light fixture with its blue and white shade intact, a mirror, and even wallpaper.

“The wallpaper is probably my favorite thing even though it’s the most tedious thing to scrape off each layer,” Few said. “I really wanted to see what each decade of decoration looked like. They were very bold back then. We preserved the wallpaper in the closets because all of the layers are in there. It was too fragile to try to scrape off and frame.” 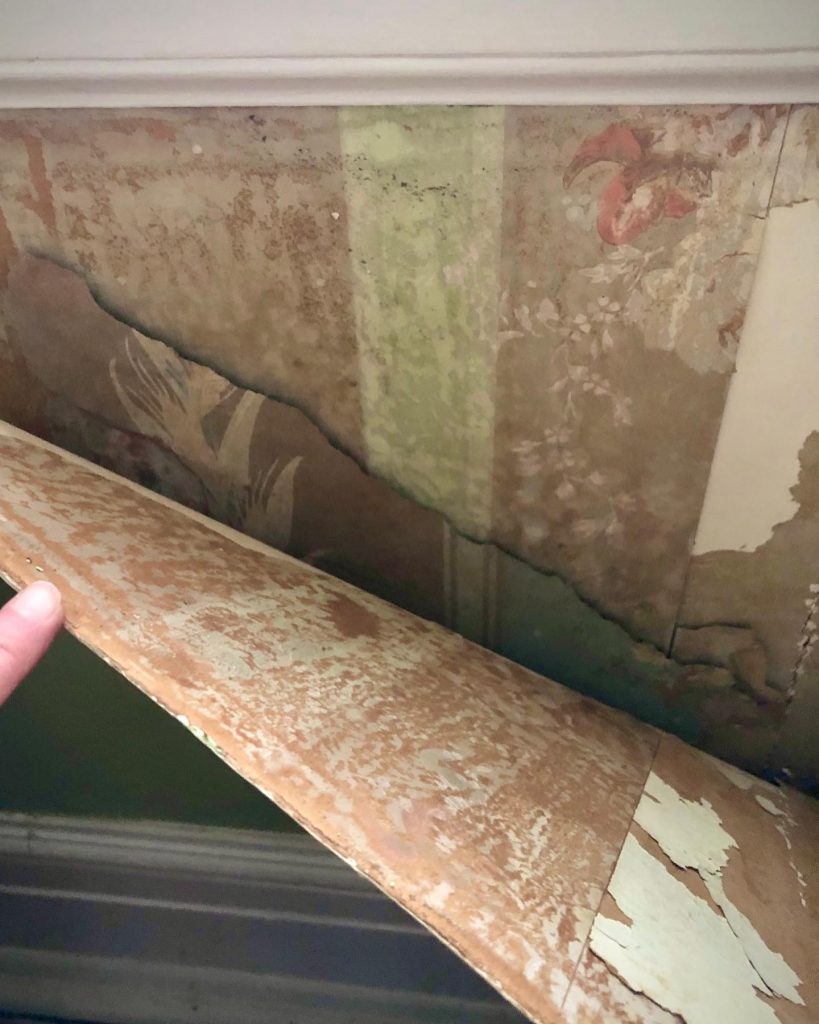 Layers of original wallpaper were found in the home. 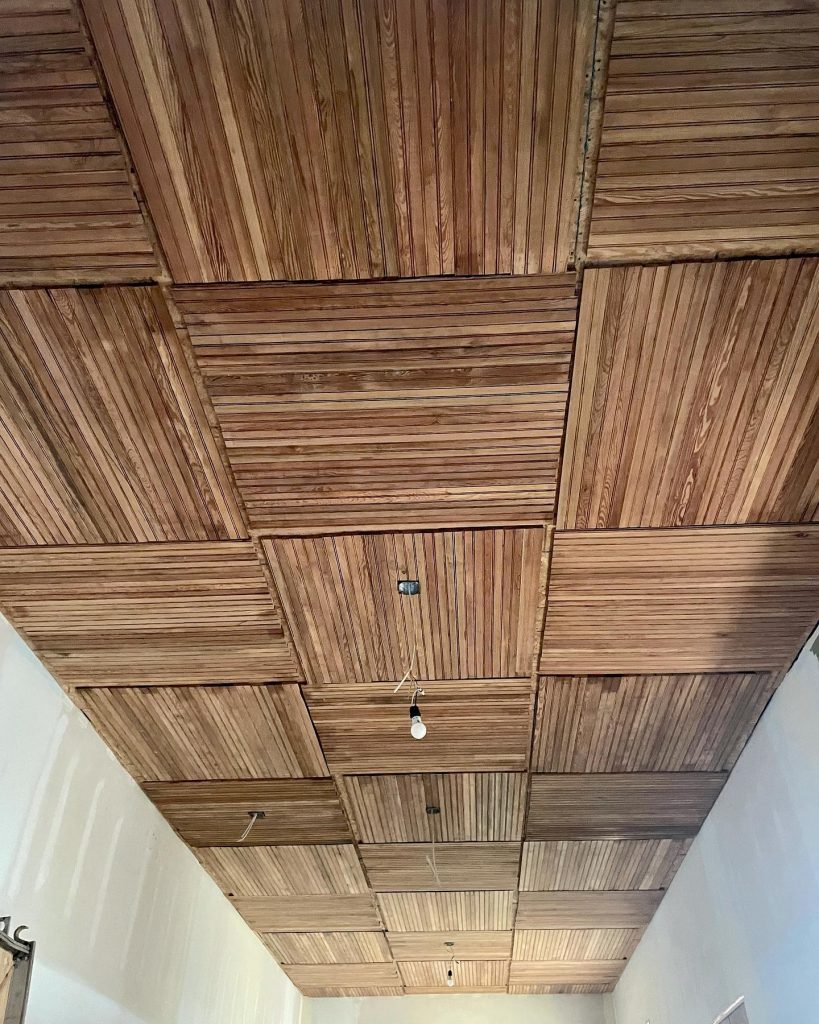 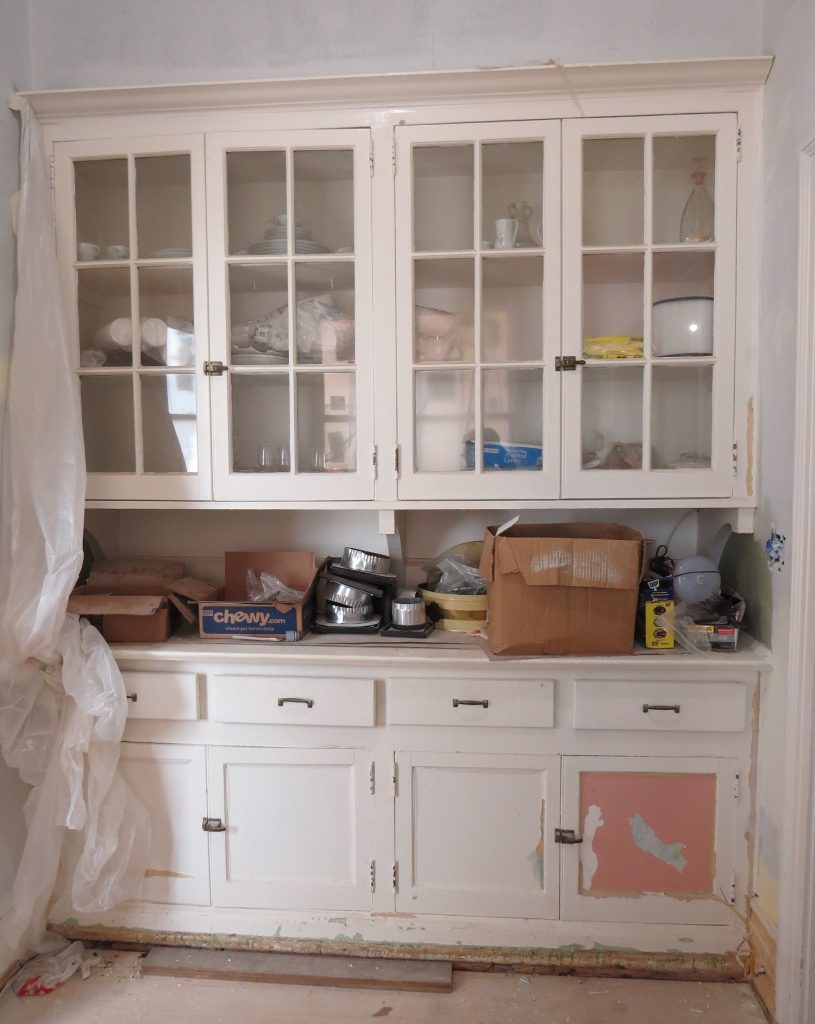 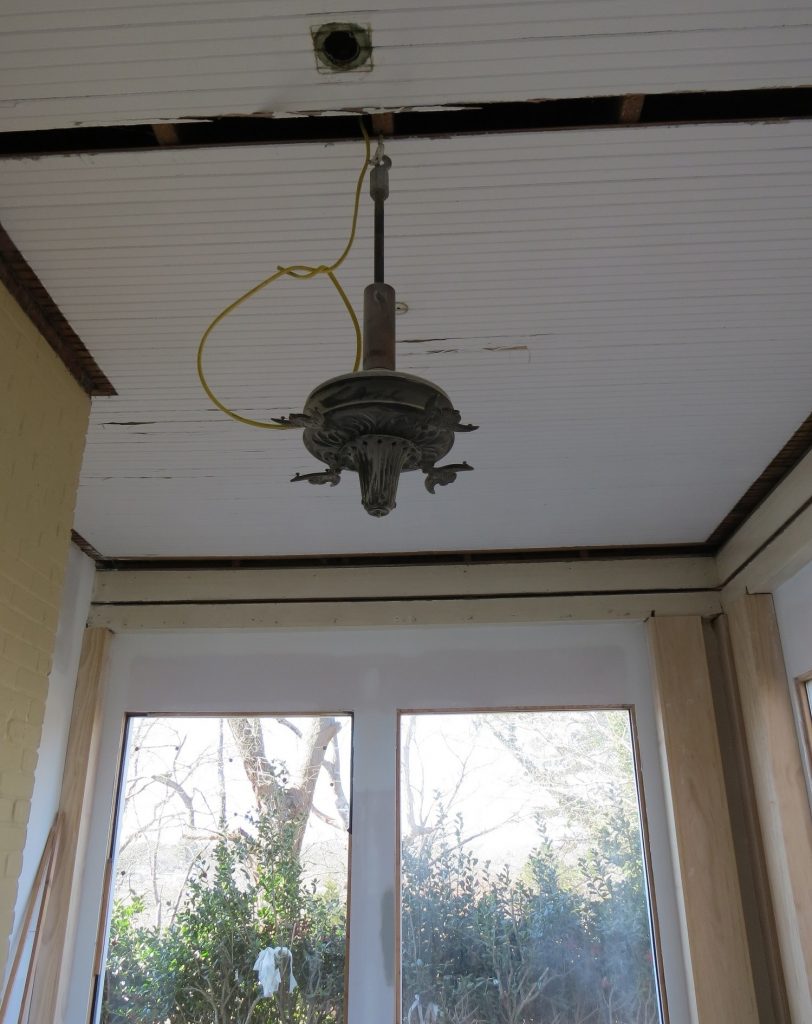 Blending the historical accuracy of a 19th Century home with the modern lifestyle of the 21st Century has been challenging, according to Few.

“The 1800s time period is not really trendy right now, so trying to find reproduction wallpapers and such that don’t cost a fortune but are also accurate has been a challenge. But it’s also been fun to look at the different patterns, because again, they were very bold, so really anything goes. You can’t really do anything wrong with the Victorian stuff.”

To help maintain authenticity, materials used in the renovation include those from a house in Lowndesville in Abbeville County that was built around the same time as the Piedmont home. The kitchen, for example, features wood ceiling squares from the salvage structure.

The house in Piedmont has been expanded from 3,400 to 4,800 square feet, featuring an enlarged upstairs that includes a spacious master bath, ample closet space and a hobby room. A garage also has been added.

“I want to do it right,” Few said. “I want the community to love it because the community cares about this house, and they care about what’s being done to it. I want to respect that, but I also want it to be something that I love and my family loves because we’re going to live here.”

The Piedmont native said her family wants to use the house to minister to the community, hosting local fundraisers and special events.

On February 20 from 3 p.m. until 5 p.m., Few will host a Sneak Peek Construction Tour at the house to benefit the Rose Hill Cemetery Association. Established in 1876 by Piedmont Manufacturing Co., Rose Hill is the final resting place of mill workers, their families and other members of the Piedmont community. The cemetery was vandalized in early January with at least 75 tombstones overturned and damaged. Admission to the home tour is $20. Tickets can be purchased at the door.

Few said she also is hopeful that the renovation of the historic Piedmont home will be a springboard for other revitalization projects in the town.

“I think it’s good for people to see that we’re taking this jump, we’re investing in this house not only financially but in other ways and that we’re here to stay,” she said. “We believe that Piedmont can be what it used to be or at least close, and I think that encourages other people to say, ‘we believe that, too, so what can we do.’

“We’re just really thankful that we have a front seat to watch downtown Piedmont come back to life,” she continued. “I’m thankful for the people who have invested in those buildings and have the same belief that we do.” 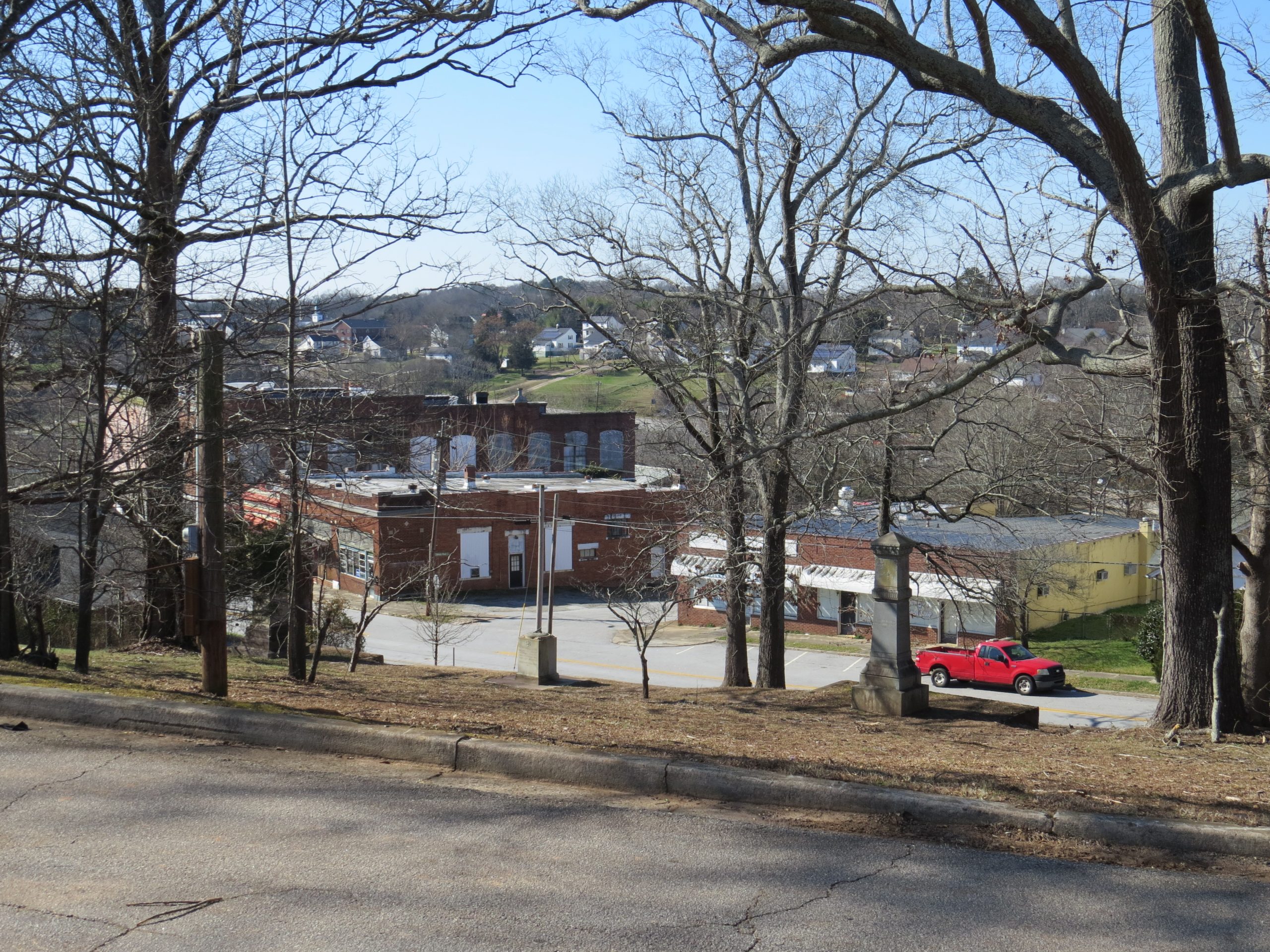 The Fews can watch the revitalization of downtown from the front porch of Miss Harriet of Piedmont.

Stay up to date on the restoration progress of this historic Upstate home by following Miss Harriet of Piedmont on Facebook.