It’s home to Freedom Frappes, Star Spangled Smoothies and LiberTeas. And it’s housed in a former home of first responders, making it the ideal spot for the new Red White and Brew Coffee Co. in Six Mile.

The original idea for the new Pickens County business was a kiosk in a park or a parking lot of an existing local business, according to Jenni Brink, who owns Red White and Brew with her husband, Jarred. But the former fire station with drive-thru bays next to Six Mile Town Hall was the perfect setup for their drive-thru coffee shop.

“My stepfather grew up in Travelers Rest and we’ve been trying to leave California just to kind of raise our kids like a country music video,” Jenni Brink said.

When the coronavirus pandemic prevented the couple’s annual trip to Mexico last summer, they accompanied Jenni’s mother and stepfather on a trip to South Carolina. Once the trip was planned, the Brinks began investigating schools and Upstate towns that were close to the water. Their research turned up a house for sale in Six Mile.

“When we arrived, we went straight to that house and fell in love with the house and the family selling the house,” Brink said. “We went back home to California, put our house on the market and moved here about 45 days later.”

Planning to work in real estate as they had done on the West Coast, the Brinks one evening began discussing how far they had to drive to get coffee.

A traffic study revealed that 4,000 cars per day travel Main Street in Six Mile, Brink said. From Clemson students to those traveling to and from the lake and to jobs in nearby towns such as Anderson, Seneca, Clemson and Pickens, the Brinks decided there was enough potential business to give it a try. 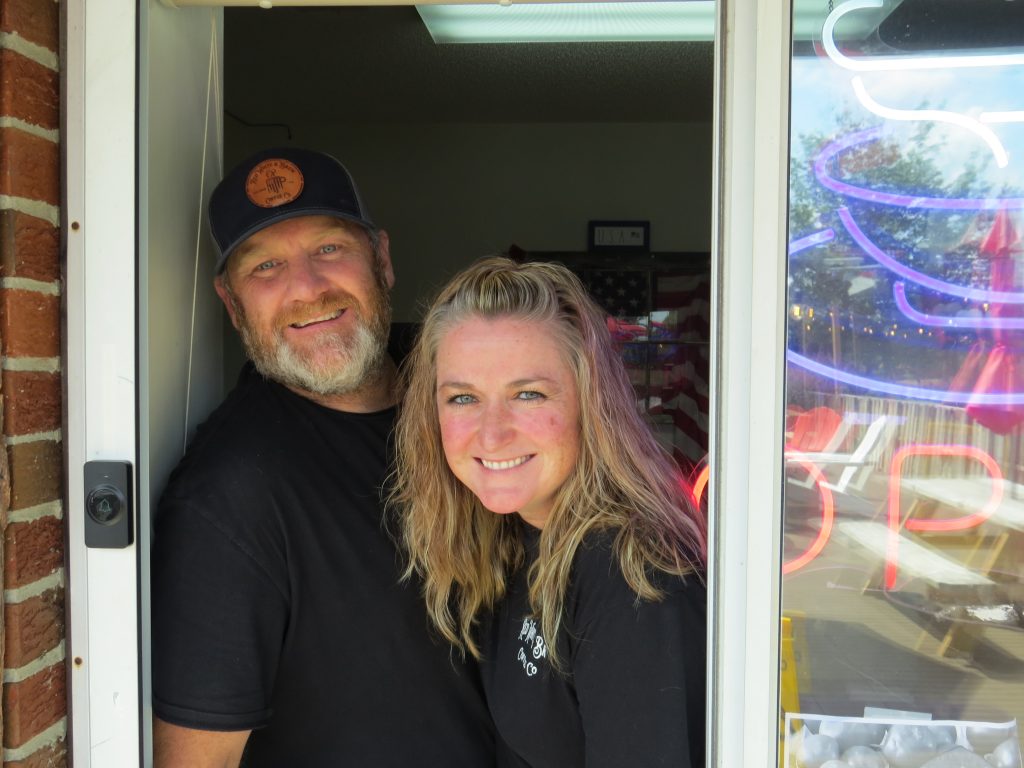 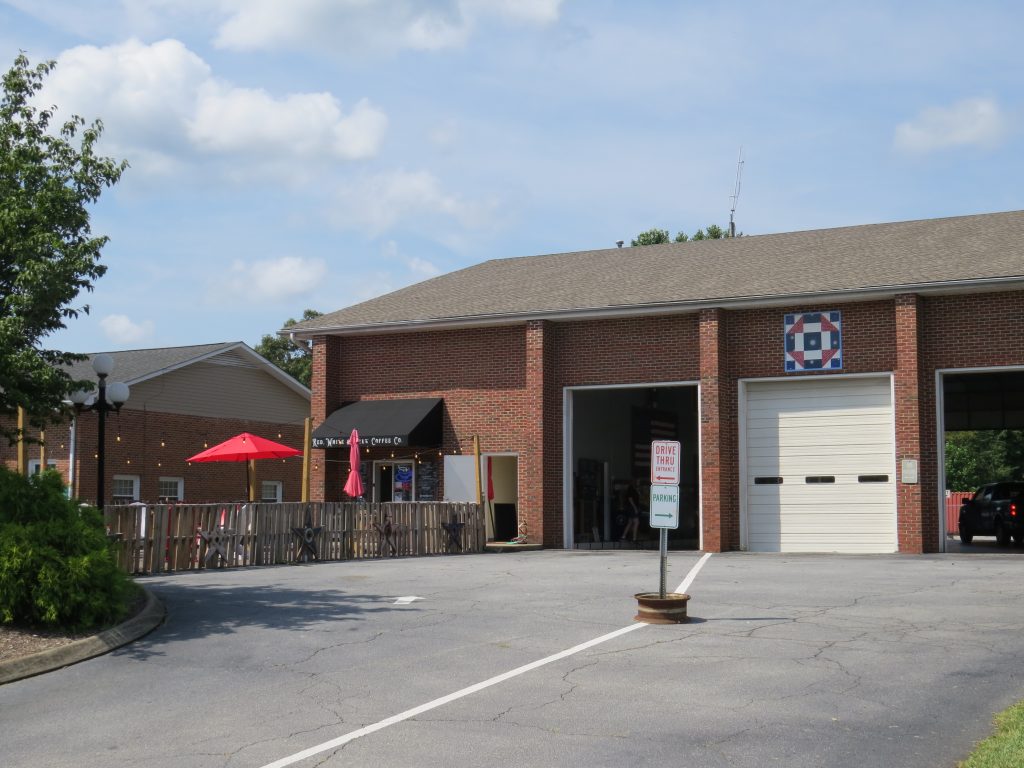 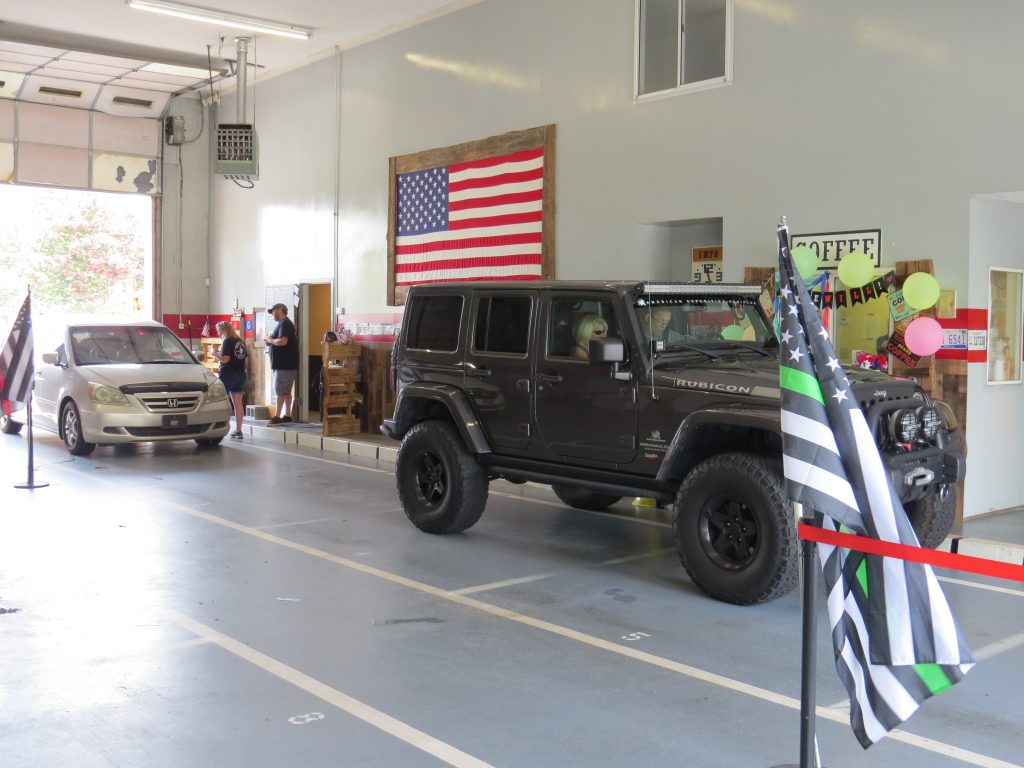 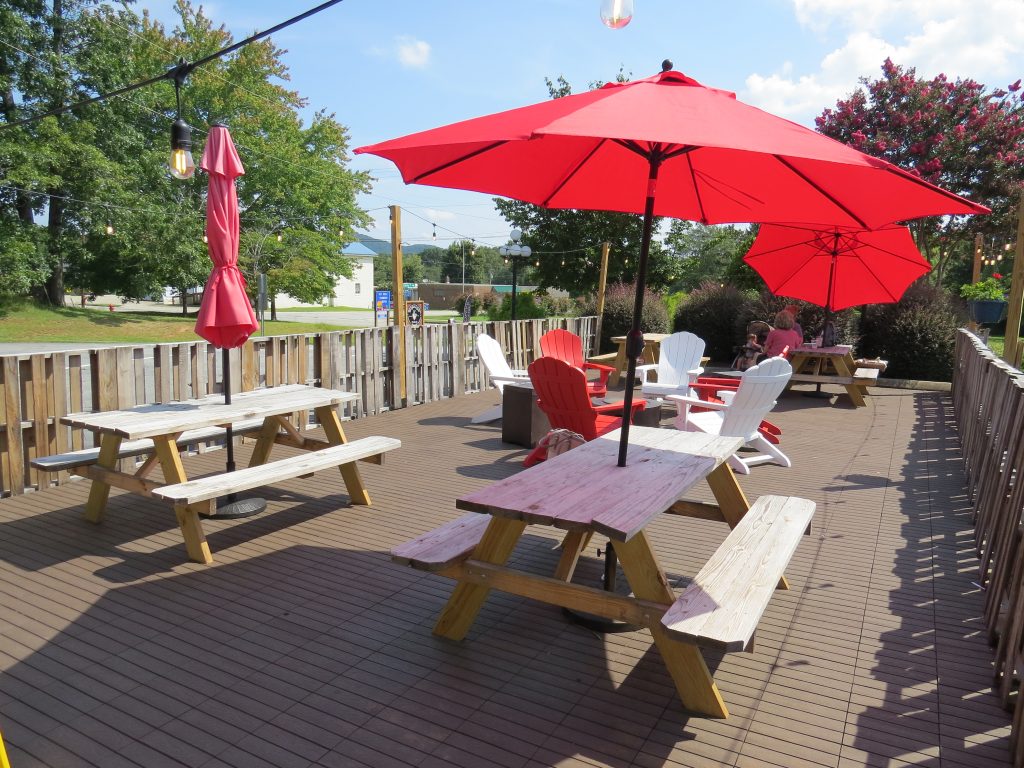 Incorporating their patriotism and support for first responders into the business name and model, Red White and Brew Coffee Co. was born. For example, the coffee shop uses One Nation Coffee, a first responder and veteran-owned roaster based in Summerville, SC. Its classic coffees include Liberty Lady Lattes and Old Glory Espresso. Rockets Red Glare and Purple Mountains Majesty are among the smoothies and Freedom Frappes include Be All You Can Vanilla Bean and Camo Caramel.

Red White and Brew Coffee Co. also is known for its Keowee Kolaches, sweet pastries stuffed with eggs, bacon, cheese, cream cheese and other foods. The most popular Kolache to date is one stuffed with bacon, jalapenos and cream cheese. 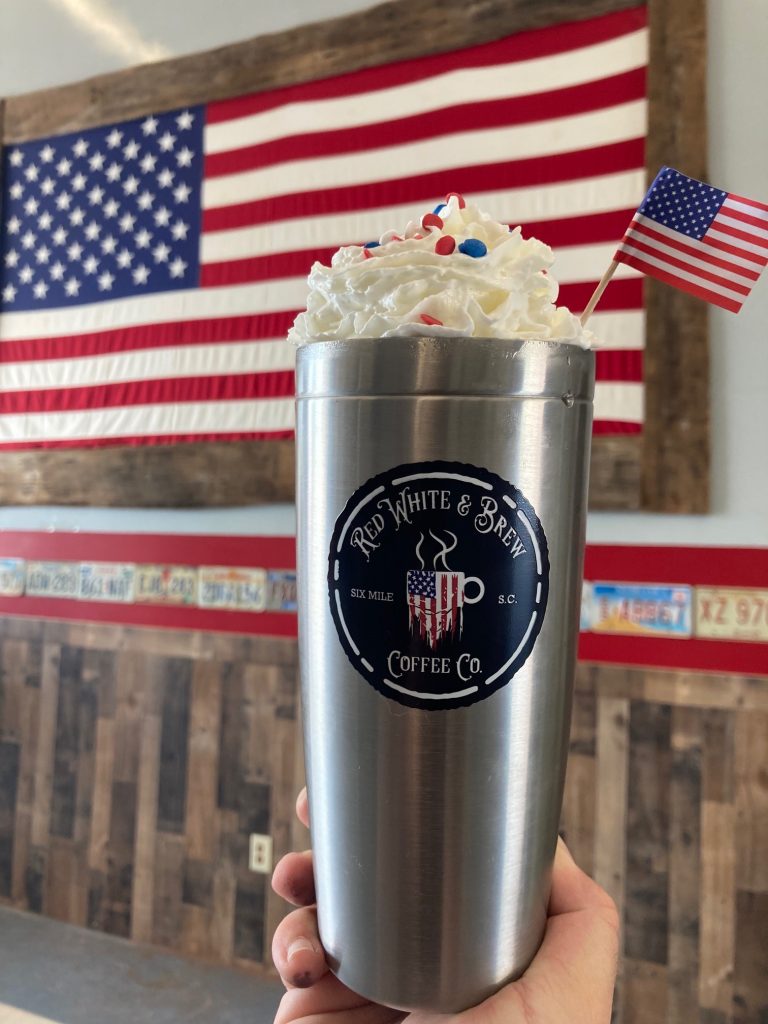 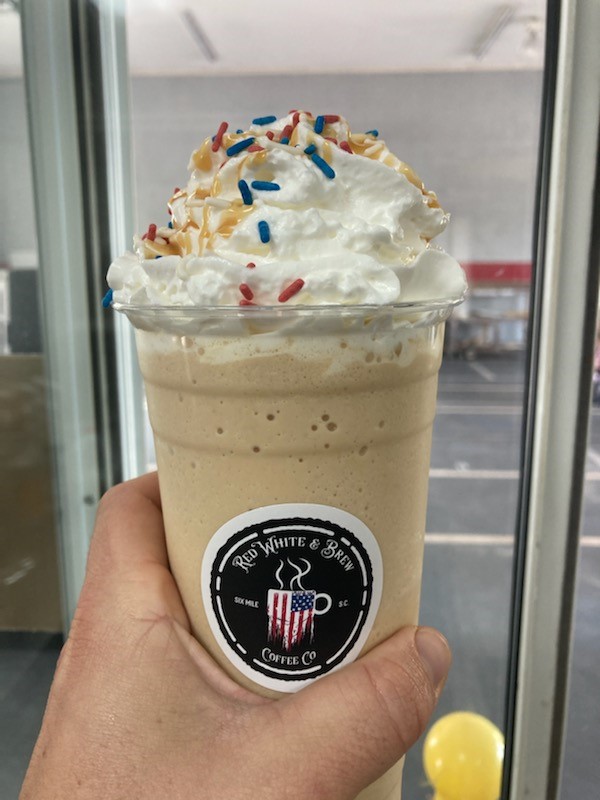 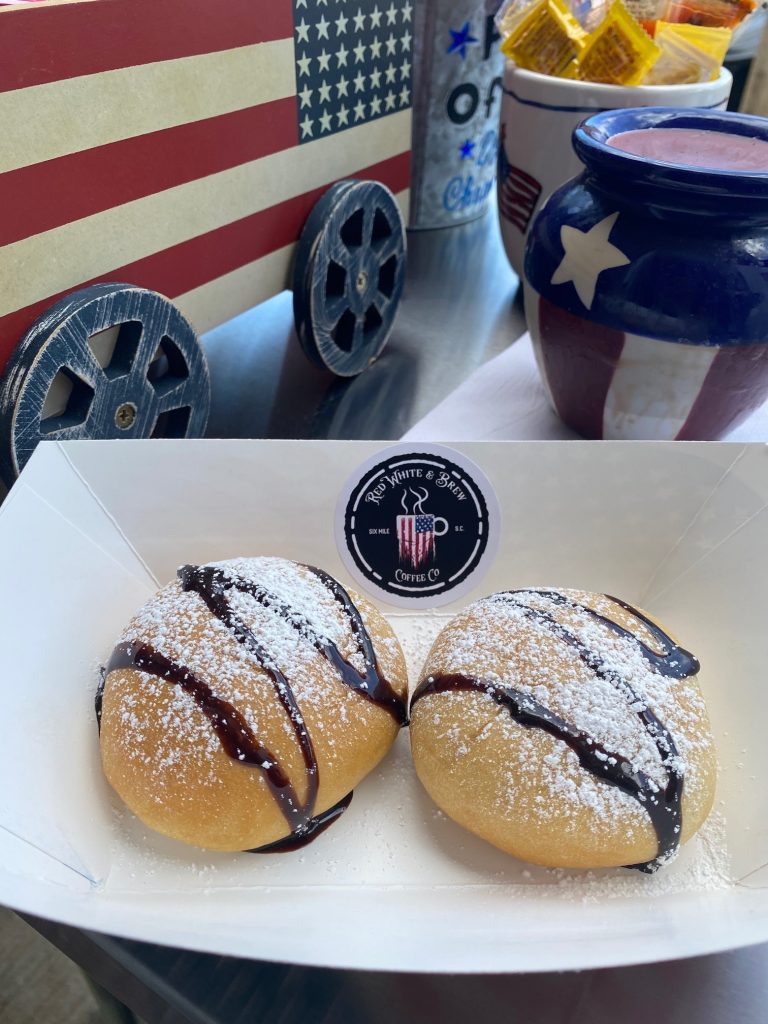 “We very much stand behind our local heroes and those people who take care of us, especially when things get really crazy in this world as they have over the last year,” Brink said.

Primarily a drive-thru business, Red White and Brew has a walk-up window and deck with outdoor seating. The coffee shop shares space with the Six Mile Farmers Depot, which sets up on Thursdays mid-April through September from 4-7 p.m. inside the fire station.

“Six Mile is a really neat little junction. It’s an in between, an on the way. It looks like a town that used to be and now it’s kind of coming back to life,” Brink said. MVI_2962 1:20 “This is the lifestyle we were looking for. We love it and we really appreciate it.”