Carey Morton grew up in Piedmont, roaming the woods, canoeing down the Saluda and exploring the old mill buildings of the once mighty textile town.

Now, the accomplished sculptor has been tapped to create a piece of public art that not only captures the history of the community, but also serves as a catalyst for its renewal.

“I feel like art has a unique position to promote change in old communities like this,” Morton said. “You can find a way to creatively unify people through a piece of work that transcends things like language barriers. When art starts that progression, you find that a lot of other aspects of the town tend to follow. I’d love to see my hometown grow.”

A once thriving community, Piedmont had four mills – three on the Greenville County side of the Saluda River and one on the Anderson County side. Piedmont Manufacturing Company was the largest mill in the United States prior to 1900 and it was designated a National Historic Landmark in 1978 because of its importance to mill history of the South.

But a decline in U.S. textile production in the early to mid-80s caused the consolidation of many Upstate mills and the closing of many more, including Piedmont. In 1983, less than five years after being named a national historic Landmark, the vacant mill along the Saluda was destroyed by fire.

Dr. Anne Peden of Piedmont Historical Preservation Society and the Greenville County Historic Preservation Commission has been planting seeds for Piedmont’s rediscovery for some time. Plans for a monumental sculpture for remembrance and renewal moved to the forefront when the town’s historic footbridge across the Saluda was washed away during flooding earlier this year. 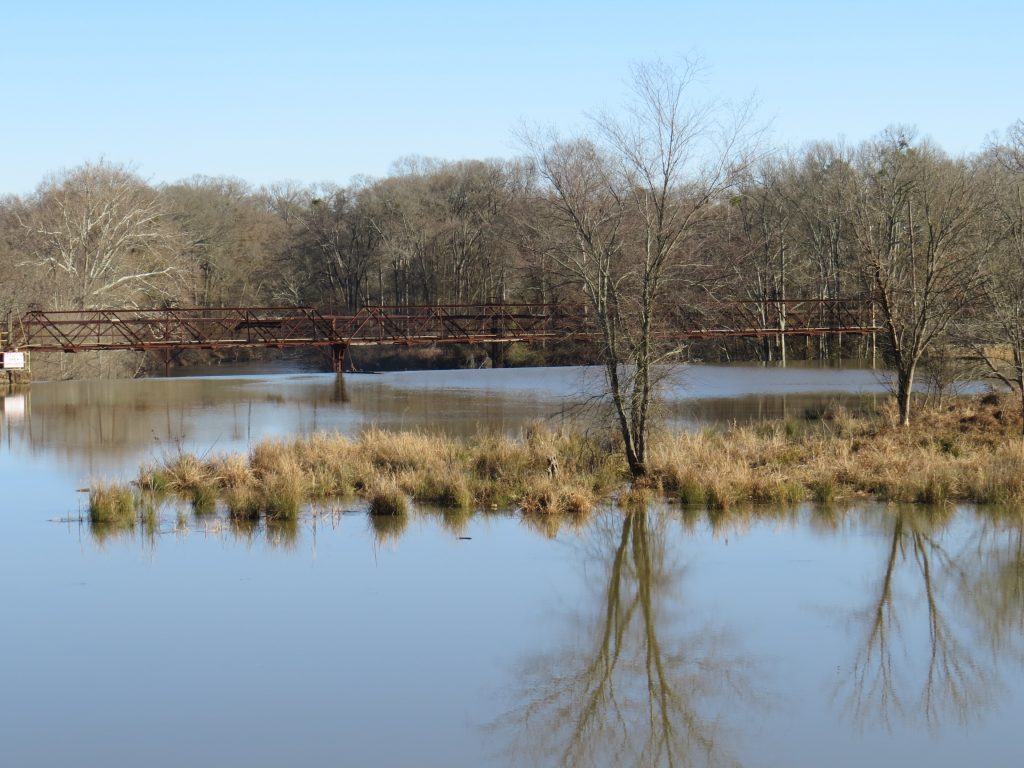 The Piedmont footbridge was built in 1888. 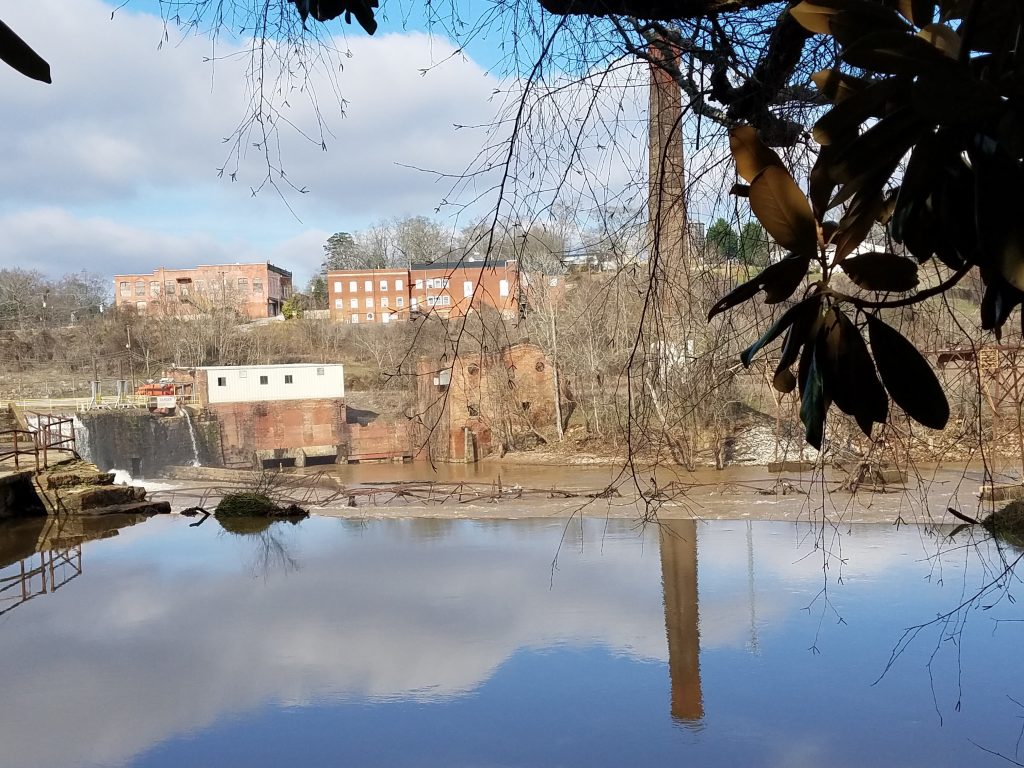 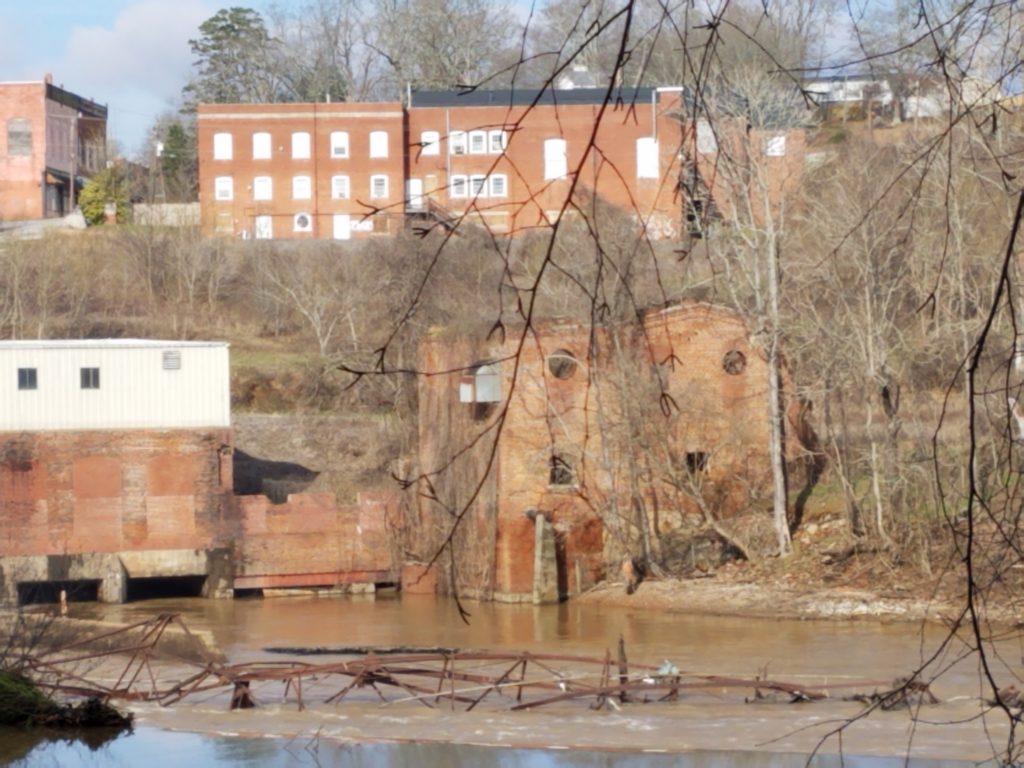 The Piedmont footbridge lies in ruin in the Saluda River.

Built in 1888, the walking bridge was built over Piedmont dam for easy access between mills on either side of the Saluda. Peden applied to have the footbridge added to the list of the Top 10 most endangered historic resources in the state. But with preservation of the footbridge off the table, it was decided to incorporate steel from the old structure into a 15-foot sculpture overlooking the town.

That’s where Morton comes in.

“My work is heavily based in steel, metal and blacksmithing,” says Morton, who learned to weld at an early age, then went on to earn undergraduate and graduate degrees in fine arts from Winthrop University and Clemson University, respectively. His resume includes numerous exhibitions, awards and commissioned works and he was an adjunct professor at the College of Charleston until earlier this year. 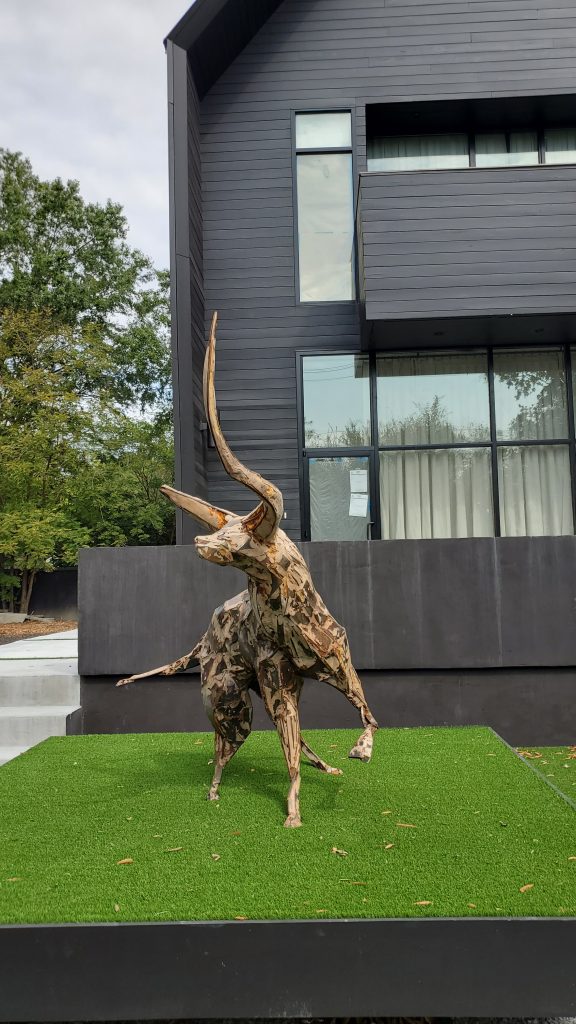 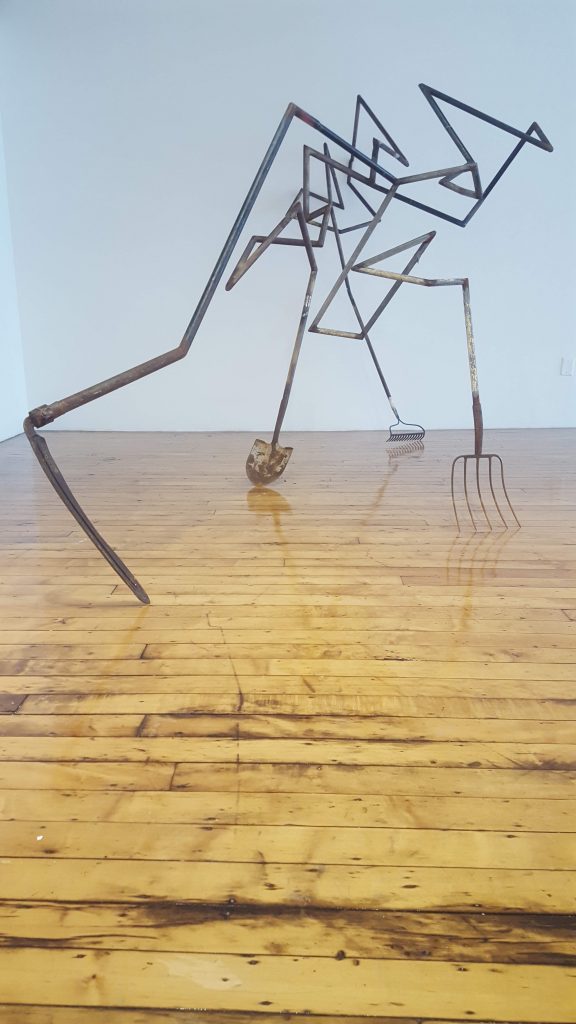 Carey Morton ‘So It Goes.’ 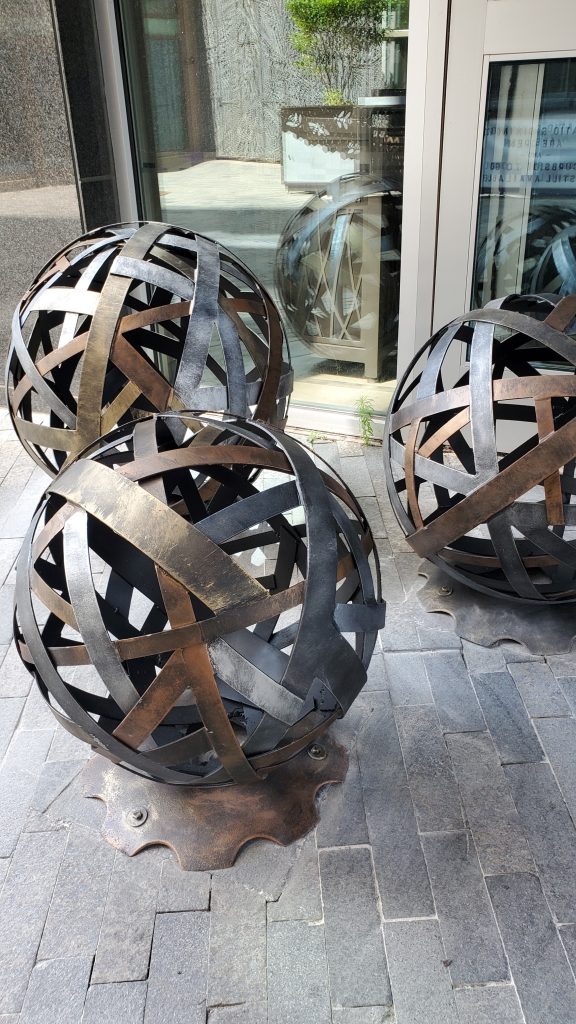 “It was time to come back, build a home and try to revitalize the community,” Morton says.

Morton’s design ideas for the Piedmont sculpture are largely influenced by the mill and its influence on the community. Imagery from the river and the area’s wildlife also will play a part.

Recycled materials from the mill buildings, the footbridge and driftwood from the river all will be used. And an old steampipe built across the river about the same time as the footbridge will soon be dismantled, with steel from that structure also used in the sculpture.

“Using these found materials adds another layer of the historical component that the piece is meant to represent,” Morton said. “The sculpture will be symbolic of all of these things, but it will physically have material that is historical.” 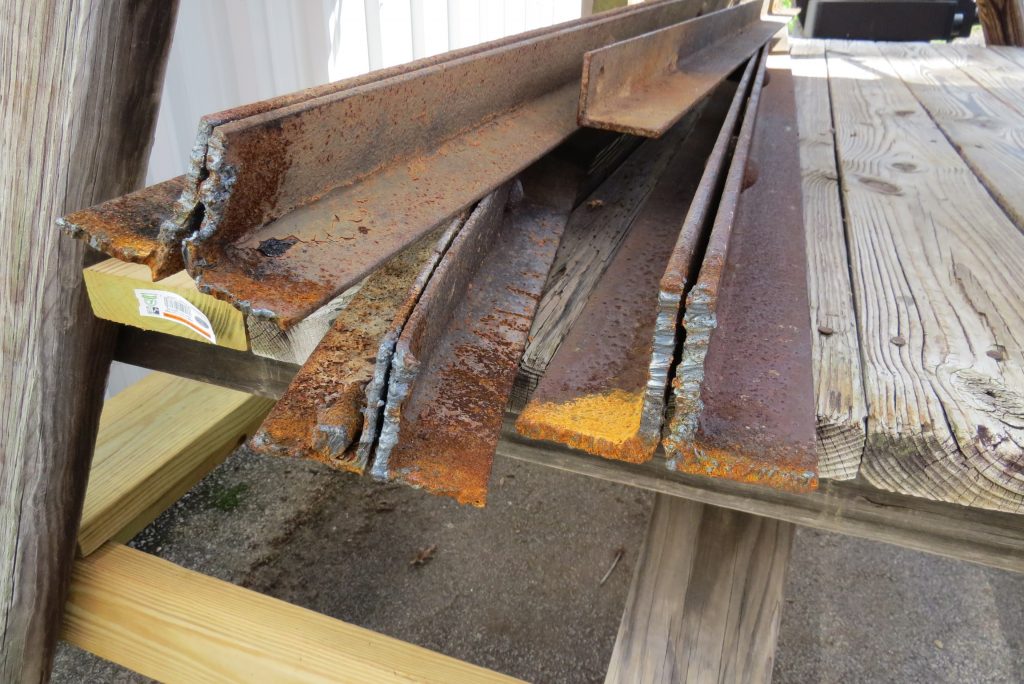 Steel from the Piedmont footbridge. 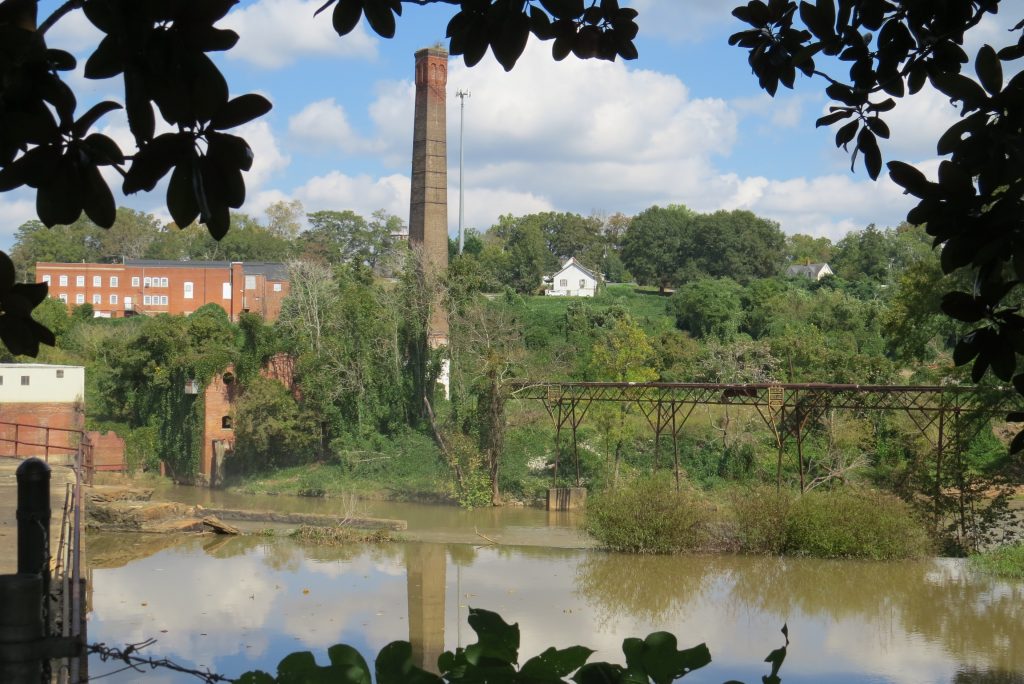 The steampipe built across the Saluda River. 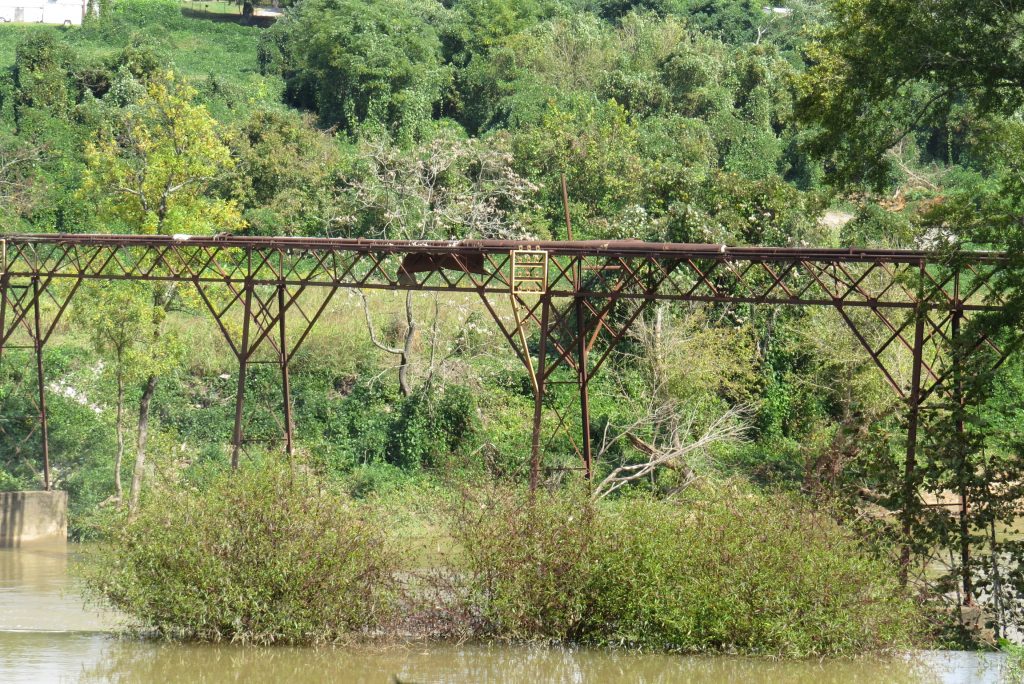 Steel from the steampipe will be used in the sculpture.

And as a native son, Morton says he wants to create a piece of public art that the community believes belongs to them.

“I want the community to be involved. I want the piece to represent things that feel like home for everyone here, but function as a beacon and a monument for those who might want to visit and learn about the history of the town.

“For me, the excitement is in the process. I’m honored and excited because this is my hometown. Having the opportunity to build something that represents new growth in the community, I’m thankful for that.”