After 16 months, Historic Pelzer Auditorium returns to life tonight with a sold out performance by Honey and The Hot Rods, followed by the July 23 kickoff of Mill Town Players’ seventh season.

“Opening our doors again to the Upstate community is akin to what a child feels waking up on Christmas morning – giddy excitement for the amazing things that are about to happen,” said Mill Town Players Executive Artistic Director Will Ragland. “Opening night for us is more than just a Friday. It’s a reunion.”

Mill Town Players launches its new season with Upstate perennial favorite Steel Magnolias, which runs from July 23 through August 8. Directed by Myra Greene, the alternately hilarious and touching play features Mary Nickles as M’lynn and Melissa Sturgis as Ousier. Other cast members are Thelma Cope as Shelby, Janice Curtis as Truvy, Nancy Burkard as Clairee and Alyson Burrell as Annelle.

Nickles is the director and producer of the Anderson Senior Follies and an adjunct theatre professor at Anderson University. Sturgis, who recently relocated from Alaska to Simpsonville, returns to the stage after a nine-year hiatus to play what she calls her dream role.

“This has been a role I wanted my entire life,” Sturgis said. “I’ve been in community theatre for like 50 years, which is scary to say, but I’m the right age for Ouiser and she’s so over the top and I used to live in Louisiana, so it’s meant to be.” Mary Nickles as M’lynn and Alyson Burrell as Annelle. 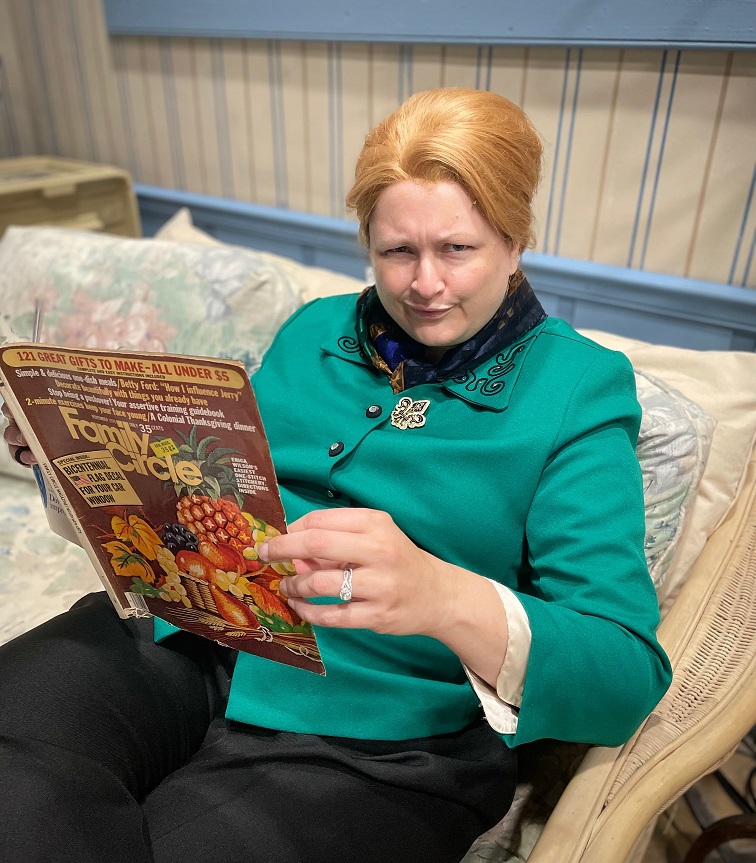 The stage version of Steel Magnolias takes place inside Truvy’s beauty shop. And while you’ll hear a lot about all the story’s characters, only the six main female characters are seen on stage, according to Greene.

Adding to the play’s tribute to life in a small town is the the authentic set on the Pelzer Auditorium stage.

“There was a lady in Pelzer who passed away, but she owned a beauty shop,” Greene explains. “Her family allowed the Mill Town Players to come in and take everything out. So, we essentially moved her beauty shop onto the stage.”

The Mill Town Players perform in Historic Pelzer Auditorium, a 100-year-old opera house styled building. The auditorium on Lebby Street served as the center of activity for the burgeoning mill town of Pelzer, hosting everything from minstrel shows to mock trials.

“It’s just the feel when you walk in,” Greene said. “It’s like you’ve walked back in time.”

Billed as “Big City Entertainment, Small Town Prices,” tickets to Mill Town Players are $10 for seniors and $12 for adults. Shows run at 7:30 p.m. Thursdays, Fridays and Saturdays and at 3 p.m. on Sundays.

For more information and to purchase tickets, visit milltownplayers.org.