‘Gone but not forgotten’ is etched on several headstones in the old cemetery along Oil Mill Road in Piedmont, but for decades the gravestones in Golden Grove AME Church cemetery – the oldest dating back to 1897 – were obstructed from remembrance by trees and undergrowth.

The nearly two-acre parcel is the final resting place of many of Piedmont’s Black residents, including champion bell toller Perry Wakefield and Mamie Austin Burton who worked for Dr. S.D. Campbell, Piedmont Manufacturing Co.’s doctor on the Greenville side and grandfather of former S.C. Gov. Carroll A. Campbell Jr. Her grave and that of her husband are marked by a headstone that reads ‘Erected by the Campbell family in honor of “Mame.”’ 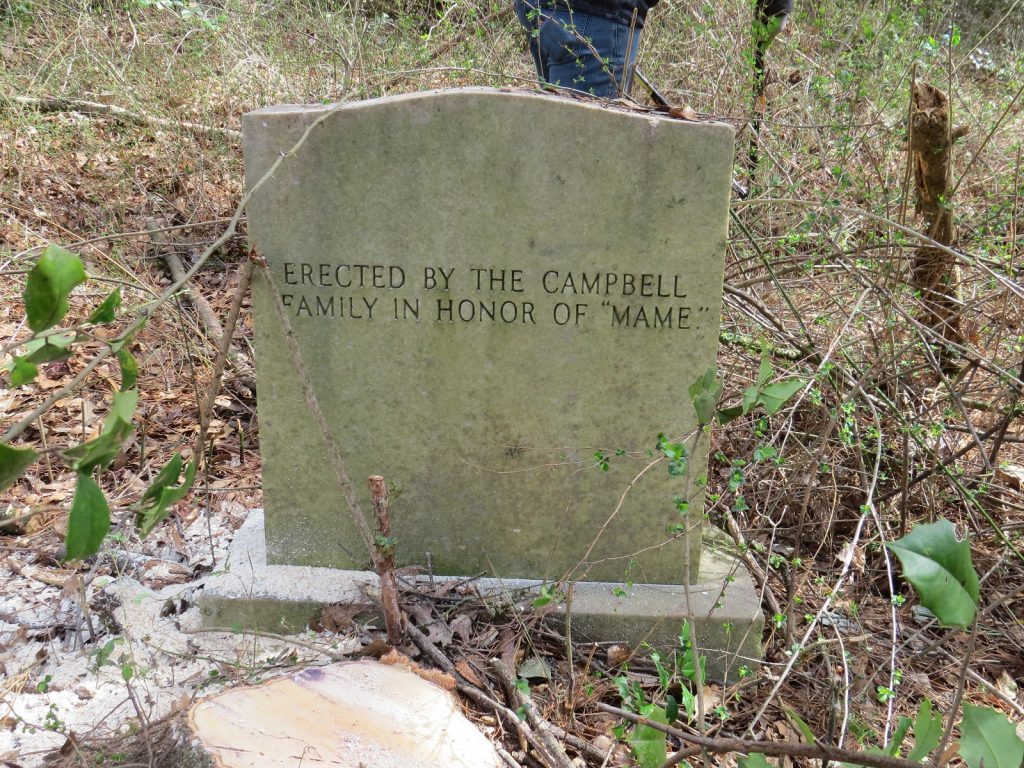 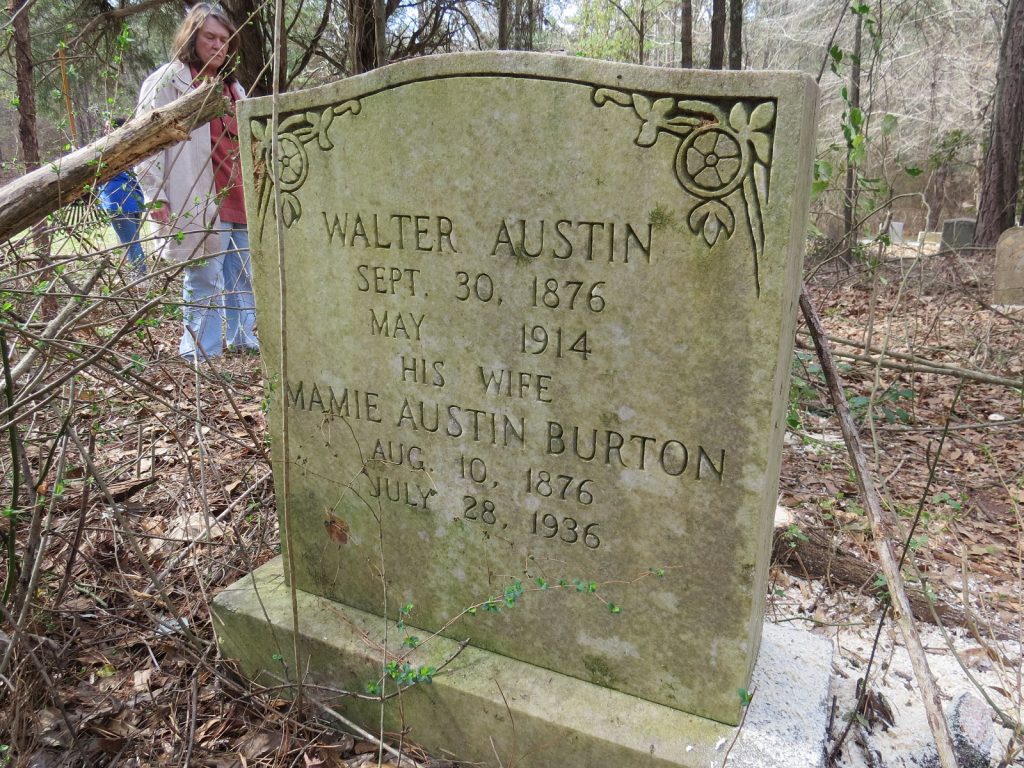 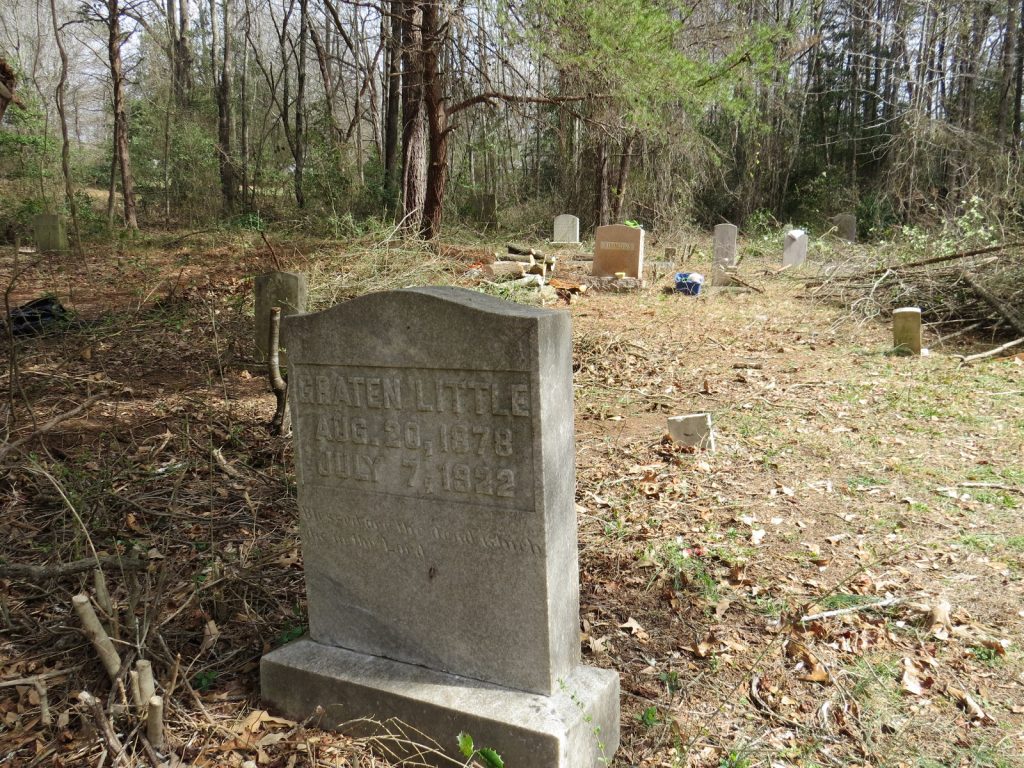 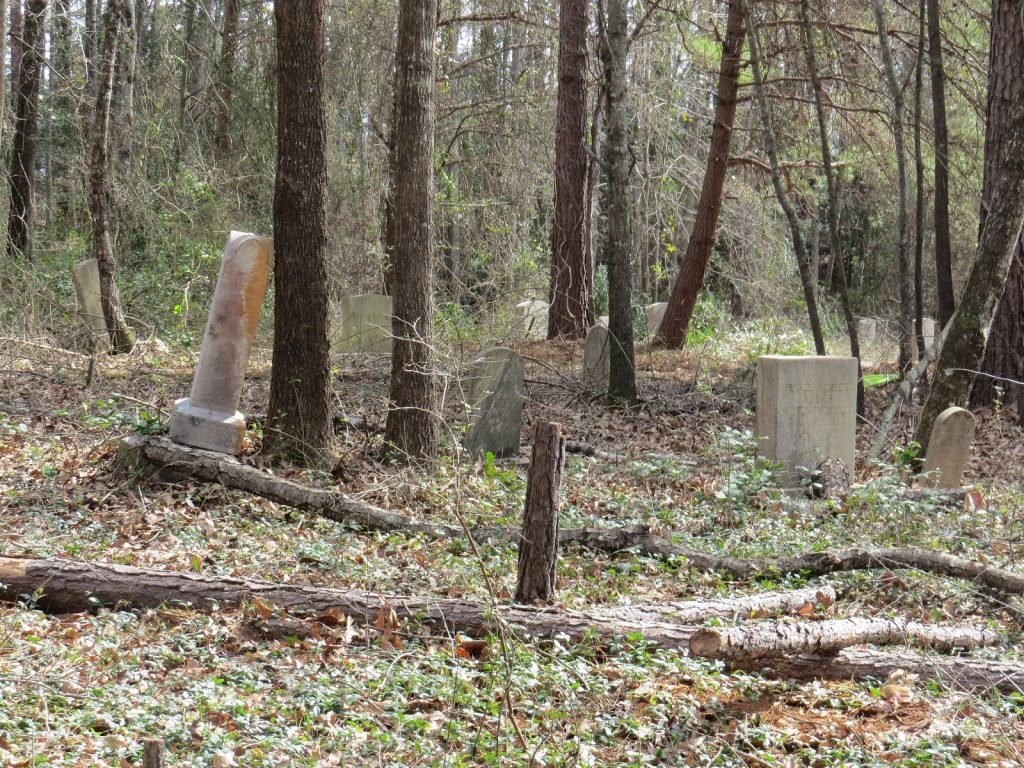 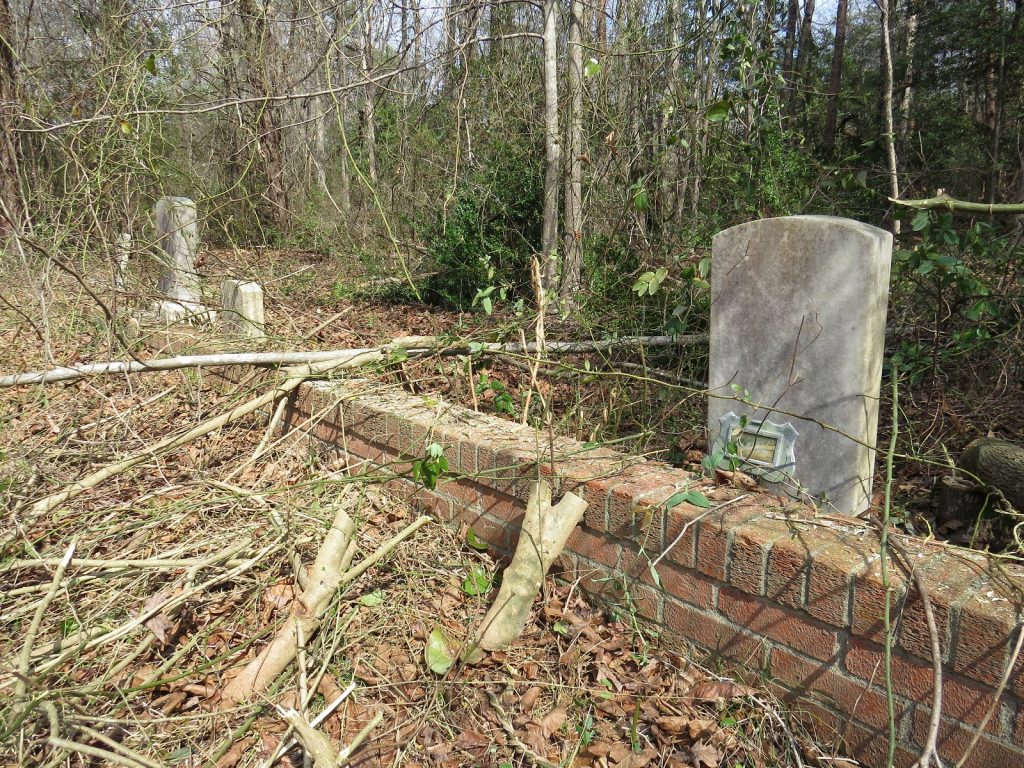 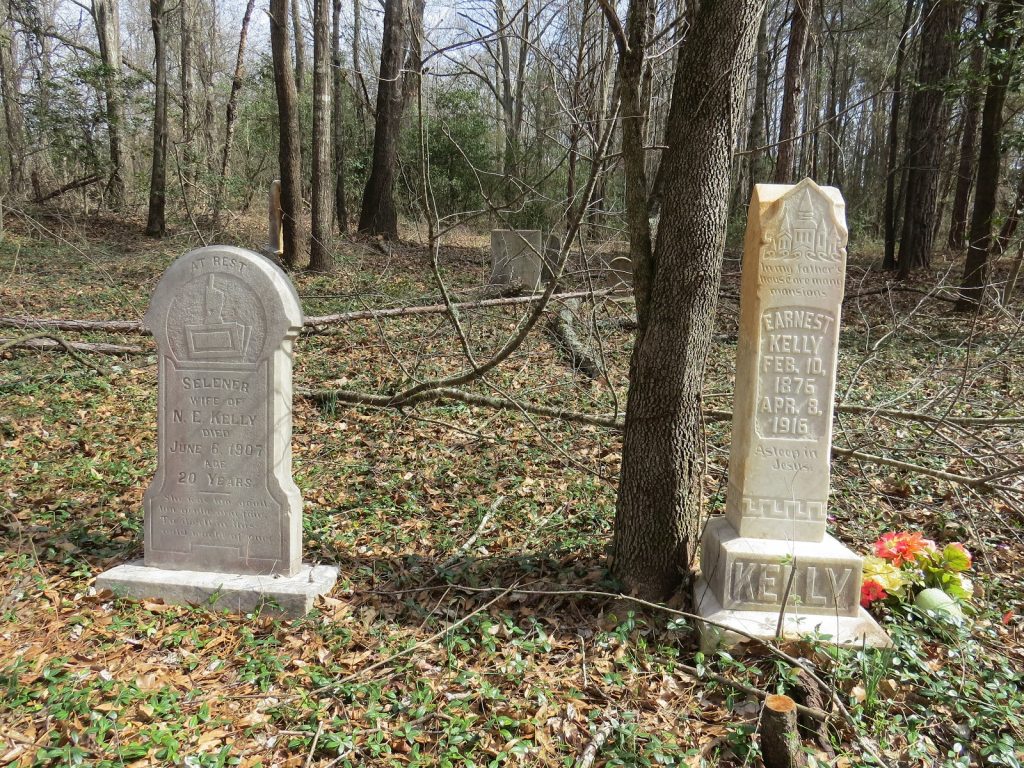 But several of the long-hidden graves are marked only by rocks. And numerous metal grave markers that once covered a tract at the front of the cemetery were removed by grass cutters and long ago disappeared, according to Rev. Brenda Washington, who attended Golden Grove and was teaching Sunday School there by the age of 12. 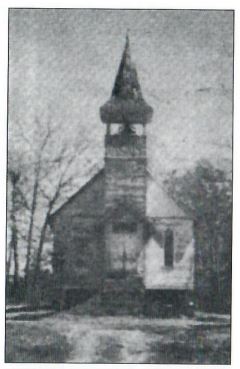 Founded as Golden Grove AME Church, the congregation met in a brush arbor made of mud and sticks prior to construction of the original church building in 1894, according to Images of America: Piedmont published in 2014 by Piedmont’s Bonnes Aimes Club. In 1927, a large one-room building was erected on Oil Mill Road to replace the original church. That structure was destroyed by fire in 1982 and in 1984, the congregation now known as New Golden Grove United Methodist Church moved into its present location on Highway 86 just east of Piedmont.

“That was the fear of moving the church,” Washington said, “that if you move the church, you’re going to forget the cemetery.”

Forgotten for almost four decades, the cemetery was recently discovered by Piedmont resident and researcher Christina Griswold who is working to uncover the graves and history of Golden Grove.

Genealogy research at other Black cemeteries in Piedmont led Griswold to the wooded area on Oil Mill Road where she found the cemetery and a portion of the front steps of the burned Golden Grove Church. 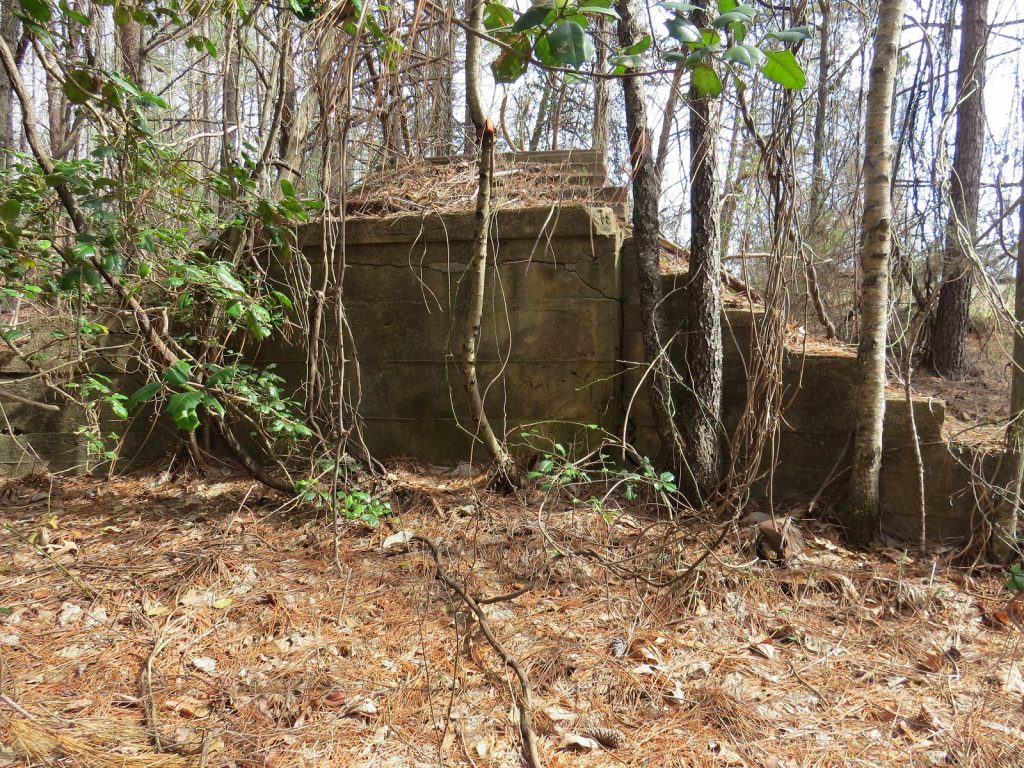 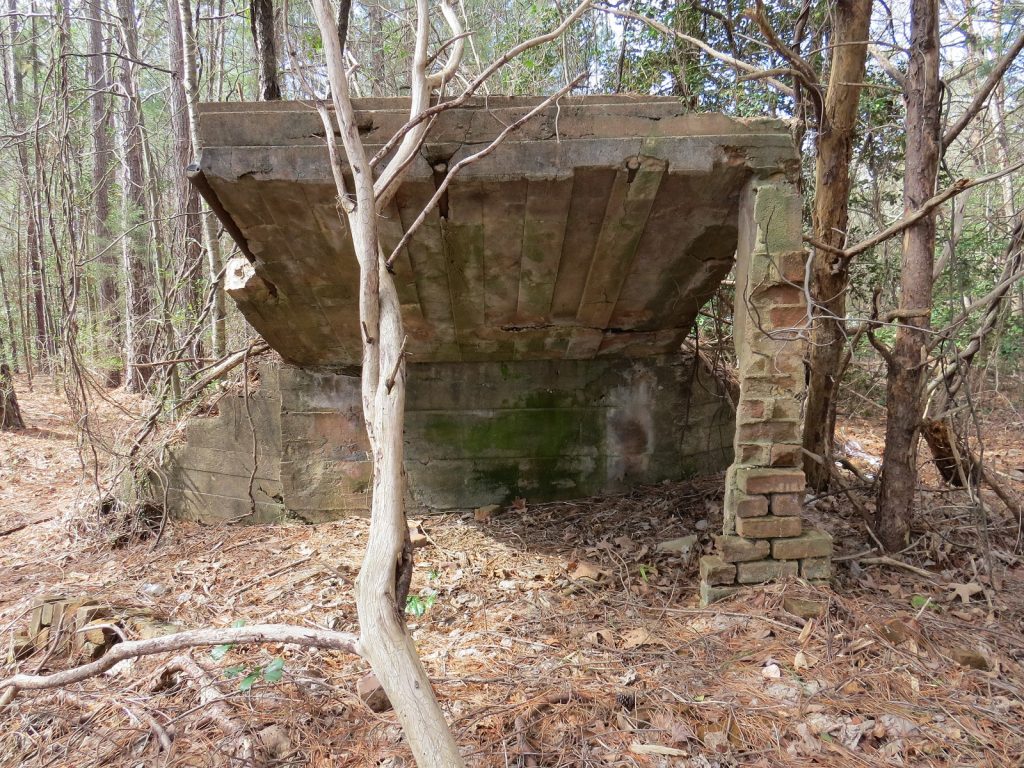 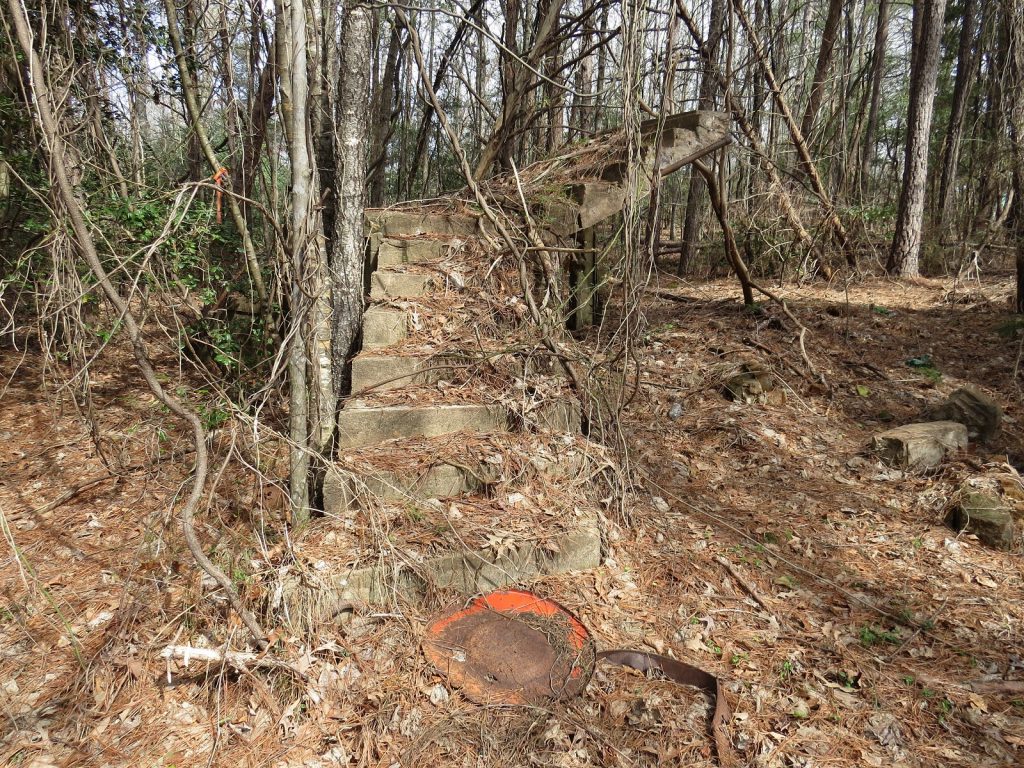 Enlisting the help of Woodmont Middle School’s Future Farmers of America and the Piedmont Historical Society, Griswold has led four cleanup days at the cemetery with plans to turn it into a place of historical significance for the community.

“This place is a museum that shows the culture of this area,” Griswold said. “Looking at the epitaphs, what they wrote and even the symbols used on the headstones, it’s part of the history of Piedmont, the mill village and something to connect our kids to their past.”

Combing through old newspaper articles and death records, Griswold has been able to link some descendants to the final resting places of their ancestors, including Charity Little, who was buried at Golden Grove in 1897.

“I’ve talked with her descendants in Gainesville, GA and they were so excited that I was able to find their great grandmother’s headstone because they’ve never been able to see it,” Griswold said. 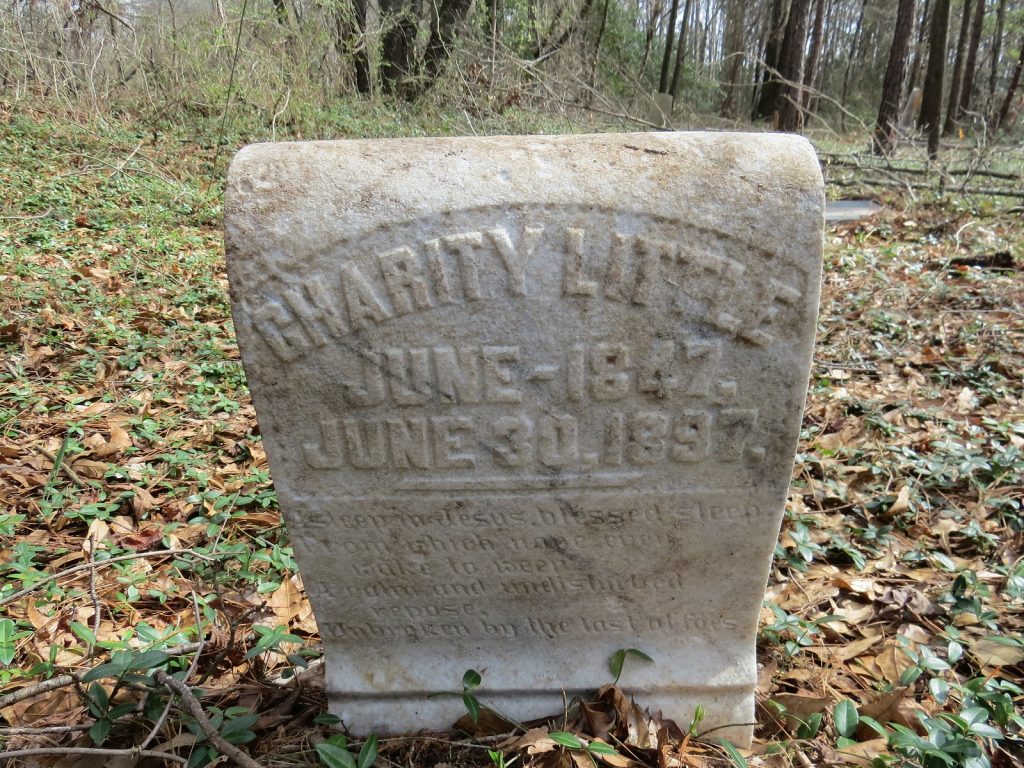 Charity Little’s grave is thought to be the oldest in the cemetery, 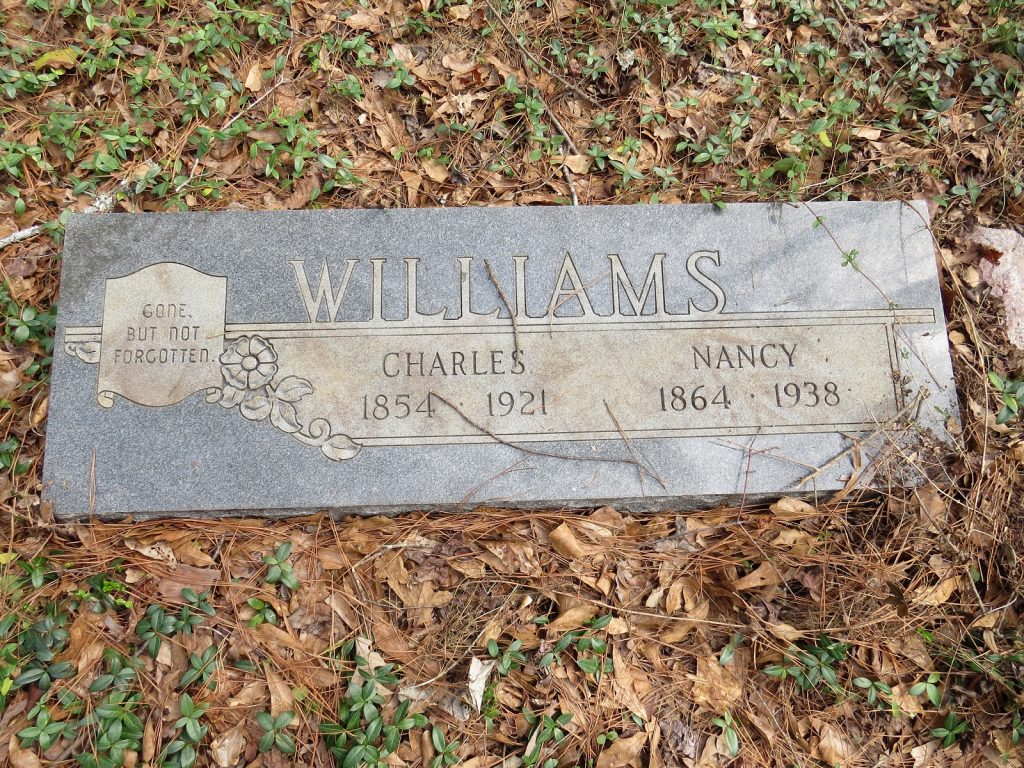 “This project has a lot of connections to the standards and curriculum that I teach in my sixth, seventh and eighth grade classes, especially the soil science aspect and the soil erosion that is happening at this specific cemetery,” Martin explained.

It’s also a way to get young people involved in community service, she said.

“FFA is all about community service and teaching students the importance of service learning and helping others. This is a prime example of how students can get their hands dirty, helping other people and preserving the history of their town,” Martin said. “I think it’s important for my students to understand that even if they’re not from Piedmont, you should understand where your town came from and the people who established it and built it up to what it is now. I’m passionate about that.” 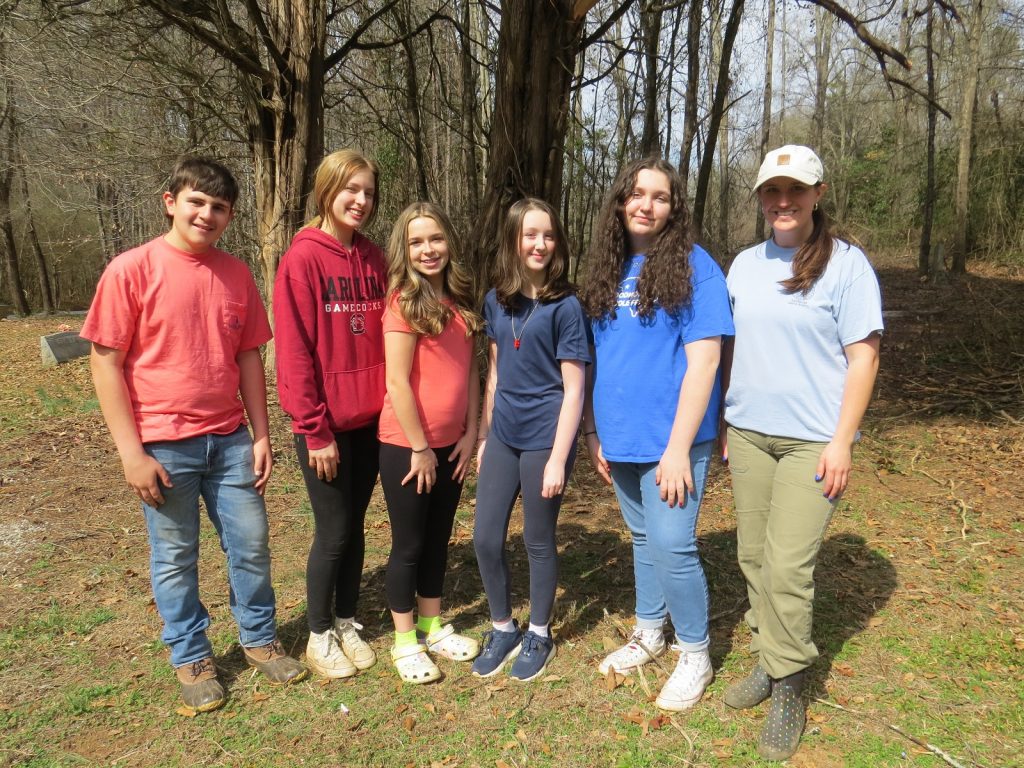 Katie Martin and her FFA students. 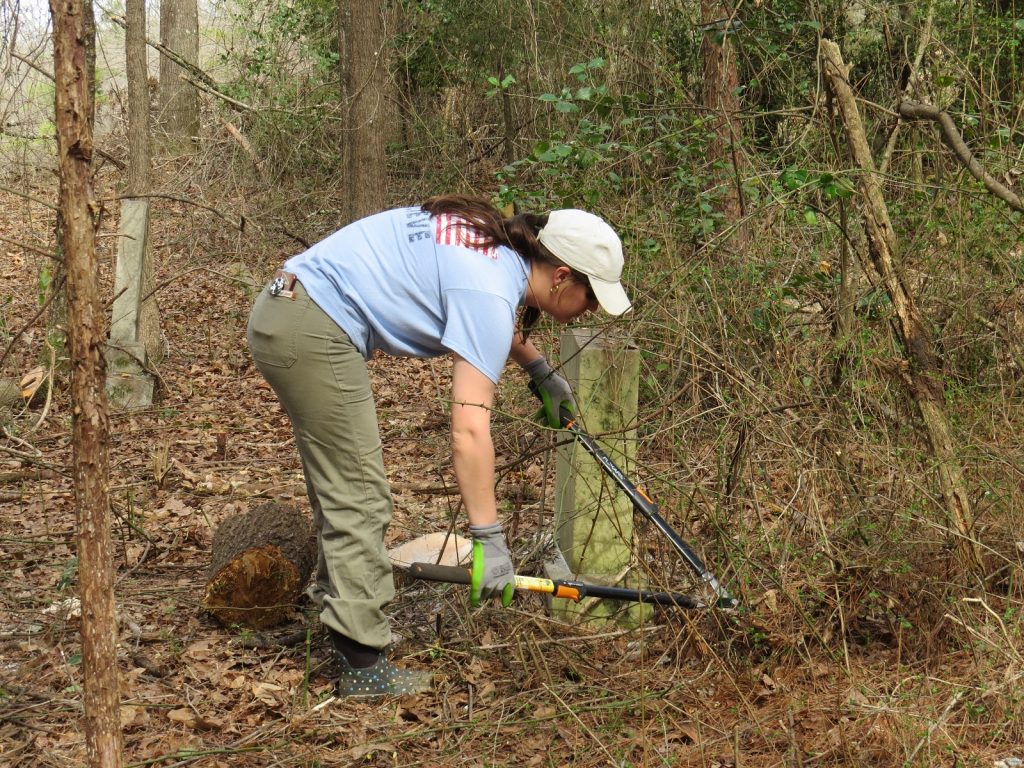 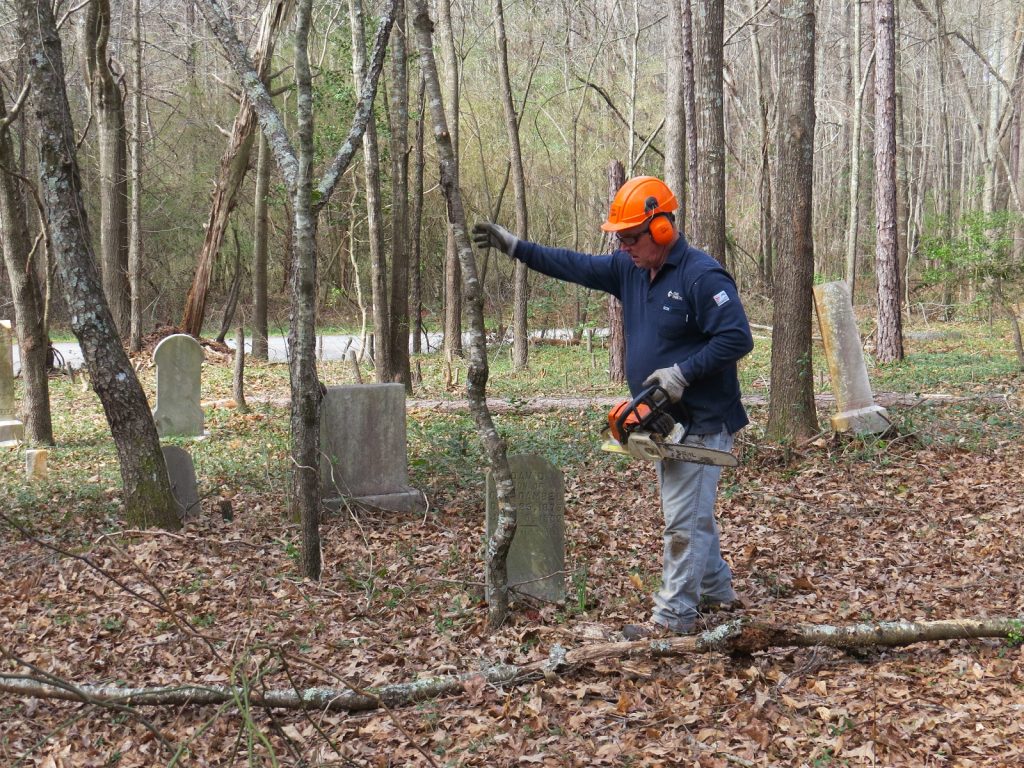 Chuck Davis of the Piedmont Historical Society at a recent cleanup day.

For Washington and Rozena Boyce, whose parents and brother are buried in the cemetery, the Golden Grove project is one of great love.

“I did not know that there were even more gravestones out in those trees, because you couldn’t see,” said Boyce, who lives near the cemetery. “I think this is a wonderful thing and that’s why the next time they come to work out here, I’m going to be right out here, too. It’s going to teach a lot of people about their past and the history of the lives of their descendants who are out here that they didn’t even know about.” 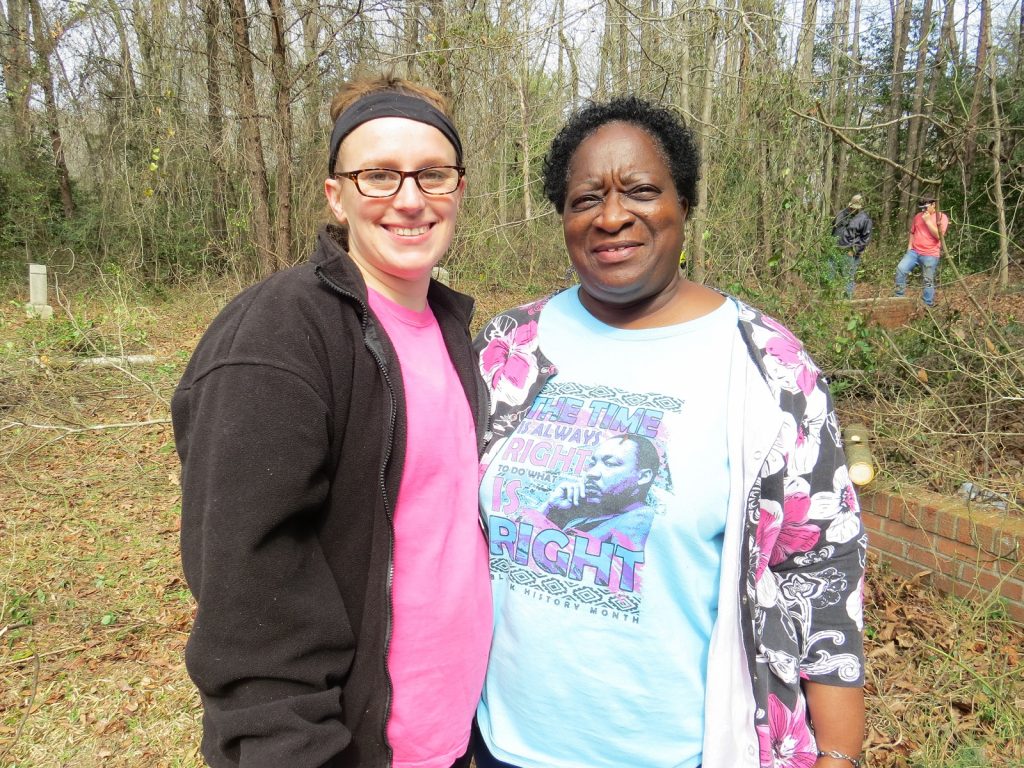 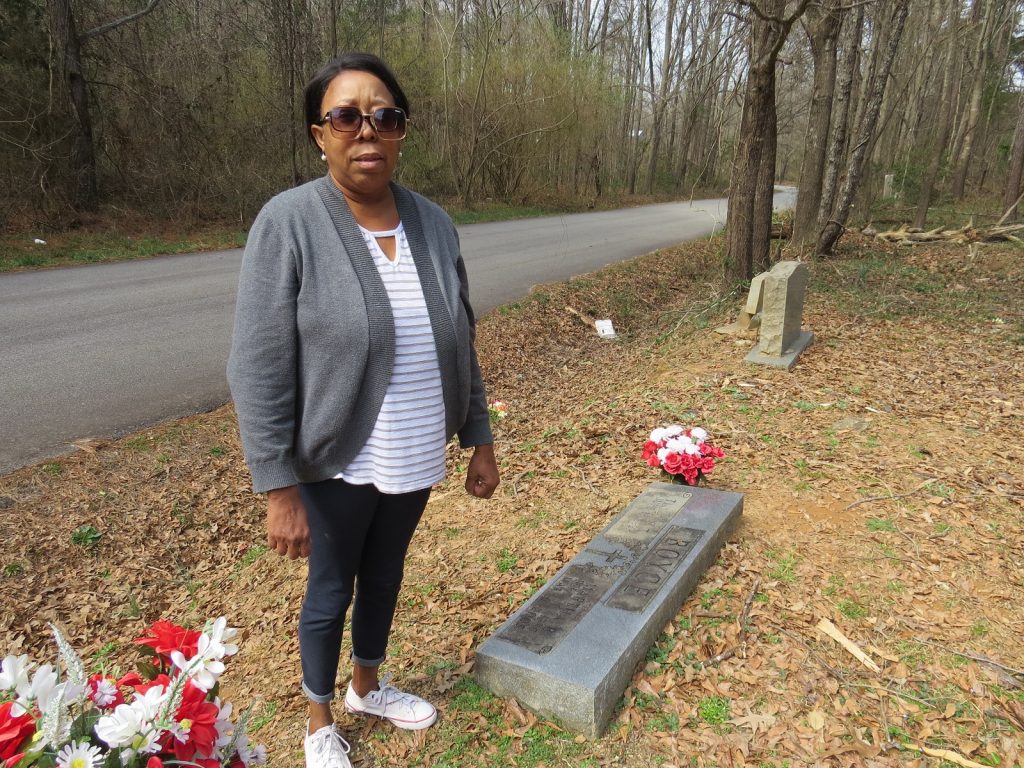 Griswold’s goal is to create a place where descendants can visit their loved ones and where the community can learn more about its past.

“We’re looking for those who might want to donate their time, talent and treasure to help restore part of Piedmont’s history,” Griswold said.

Needs include taking down large trees that are pushing up headstones or in danger of falling and crushing headstones, crush and run for a driveway and parking area, mortar to repair headstones and D2 biological solution for cleaning headstones.