If you’re new to the Upstate, you’ve likely heard the terms Sparkle City, The Emerald City and The Golden Strip. Those nicknames might lead you to believe that the area has a history of mining gold or precious gemstones. But the stories behind the nicknames are varied and only one involves prospecting.

Check out these Top 7 Upstate city nicknames and how they came to be:

By the late 1800s, Spartanburg, SC had seven rail lines connecting it to destinations throughout the Southeast. Earning a reputation as a transportation hub, the city was dubbed Hub City. Today you’ll find organizations and retailers touting the catchy nickname including the Hub City Writers Project, Hub City Farmers Market, Hub City Scoops and the Hub City Railroad Museum. 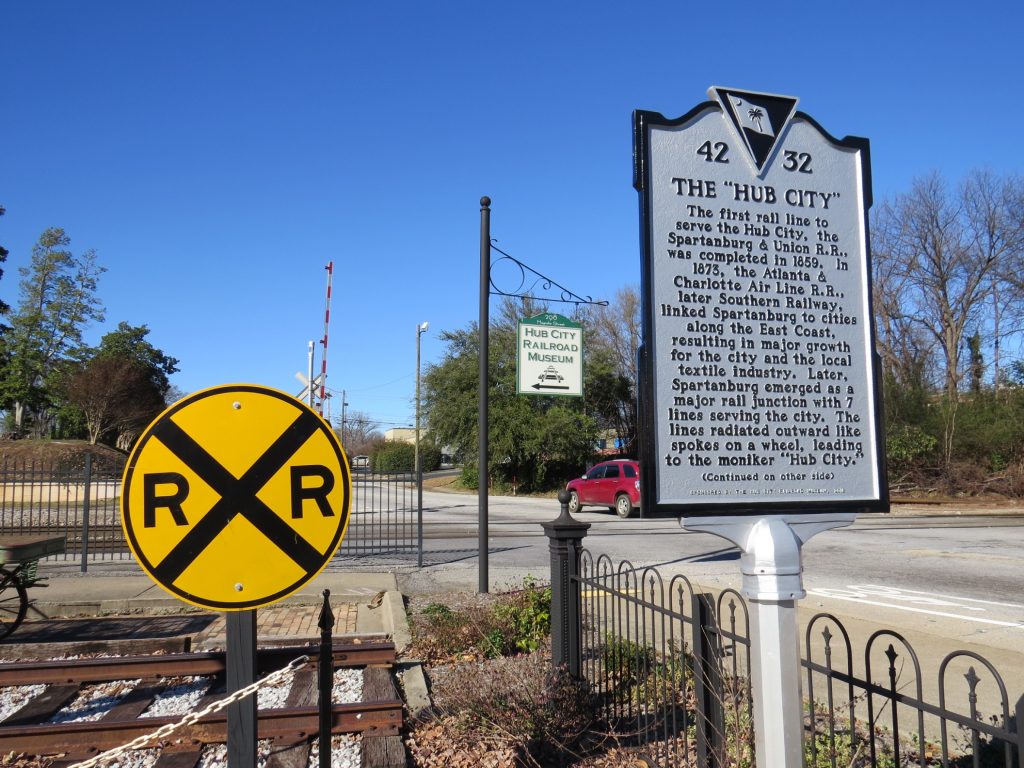 Another Spartanburg nickname was coined in the late 1950s when a band from Cowpens High School in Spartanburg County named Joe Bennett and the Sparkletones won a local talent contest. The band signed with the ABC Paramount record label and performed on American Bandstand, The Nat King Cole Show and The Ed Sullivan Show. Their hit single, Black Slacks, made it to the Billboard charts in 1957.

Anderson, SC was nicknamed “The Electric City” in 1895 when Anderson native William C. Whitner, an engineer, built a hydroelectric power plant on the Rocky River. The first in the South to transmit electricity over long distances, the power plant operated several Anderson area mills and supplied power to light the city. Today, there are many Electric City references throughout the area including Electric City Transit, Anderson’s public transportation system. 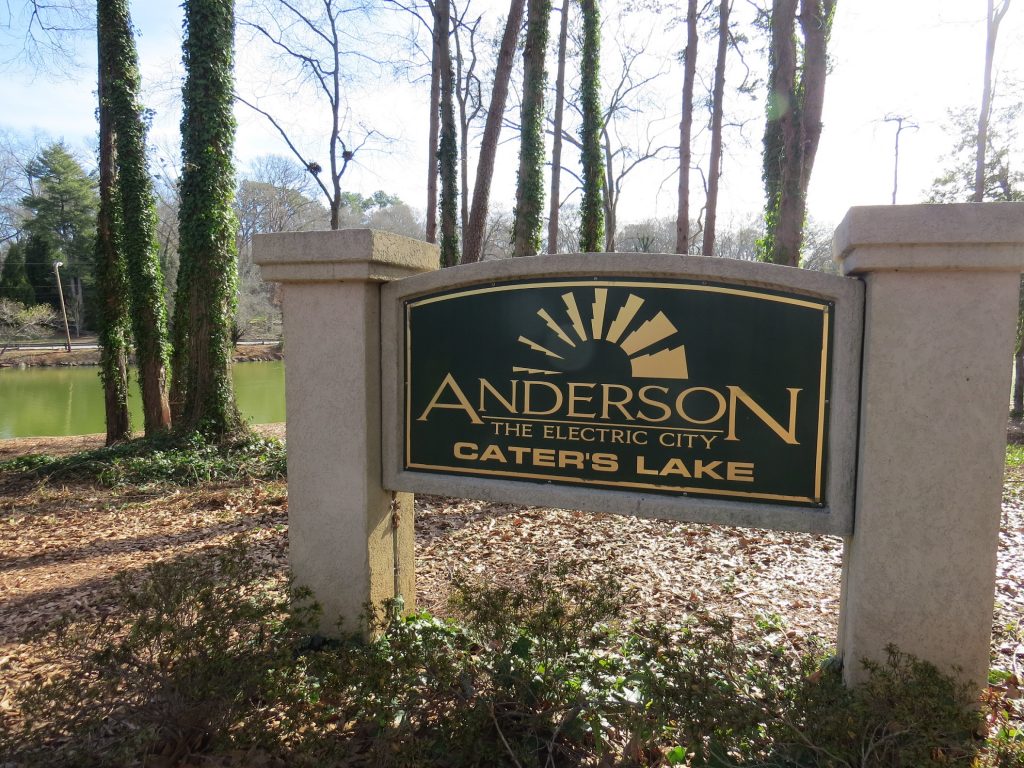 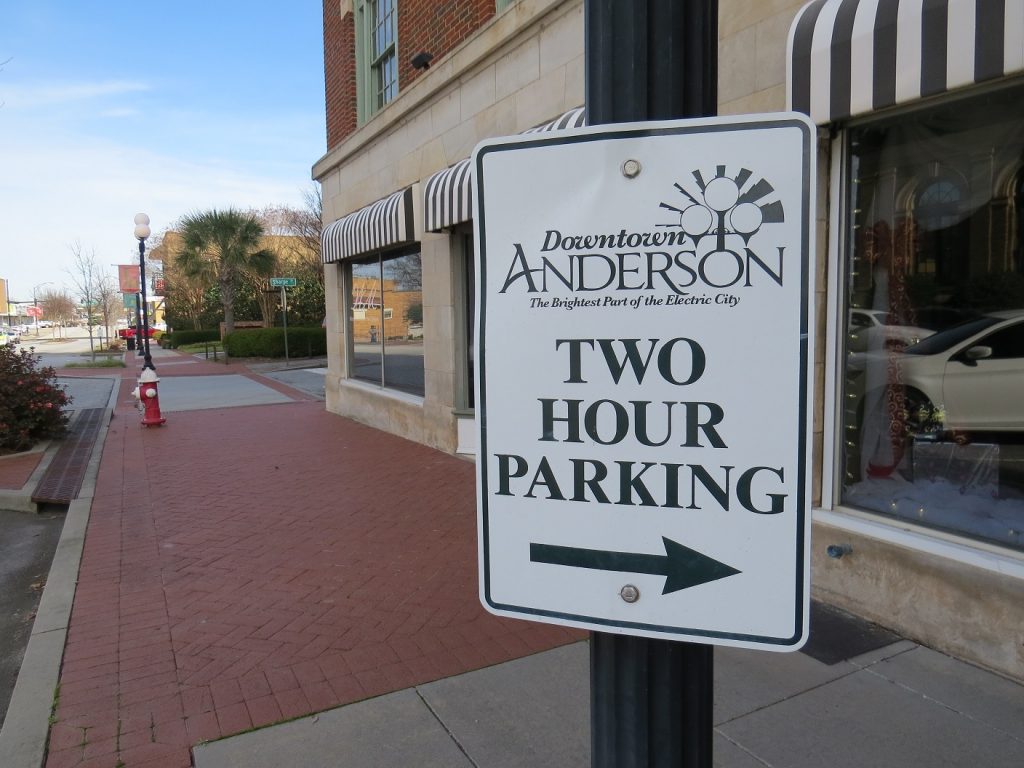 You may have heard the Mauldin-Simpsonville-Fountain Inn area of Greenville County called the Golden Strip. Historians say the name was coined after the area was connected to the Greenville water line in the 1950s, giving it access to plenty of fresh water from Greenville’s mountain reservoir. Local developers and journalists predicted that the major infrastructure improvement would make the area a ‘golden strip’ and lead to economic prosperity. It appears they were right. Fountain Inn, Simpsonville and Mauldin presently are among South Carolina’s fastest-growing cities, ranking first, second and sixth, respectively.

In the 1890’s, large amounts of iron ore were found in Blacksburg, SC. Those hoping to make a fortune mining iron flooded the area. This “iron rush” brought economic health and wealth to Blacksburg, along with the first electric streetlights in the Upstate.

Greenwood, SC has long been known as The Emerald City, though the origin of the nickname is not clear. Many speculate that the abundance of ‘very’ green trees in the area led to the nickname. No matter how it came to pass, city planners have honored the longtime moniker by setting aside a nine-acre triangular shaped area in the heart of Greenwood’s downtown business district and dubbed it The Emerald Triangle.

Garden of the Gods

Located in Oconee County, Walhalla, SC was settled by German immigrants in 1850. They were so taken by the area’s beauty, they named their new home Walhalla, which means Garden of the Gods in German. As you might imagine, Walhalla is a great Upstate spot to celebrate Oktoberfest.