The third major improvement project along the Anderson County portion of the Saluda River Blue Trail was unveiled this week with the opening of the Sen. M.W. Gambrell Access Park at Belton Landing.

Installation of an ADA-accessible kayak launch and improved access and parking at Belton Landing are the result of an ongoing partnership between the City of Belton, Anderson County, the Duke Energy Foundation and the Anderson County Legislative Delegation.

The project received a $100,000 grant from Duke Energy Foundation’s Water Resources Fund and a $35,000 grant from the SC PRT Parks and Recreation Development (PARD) program. 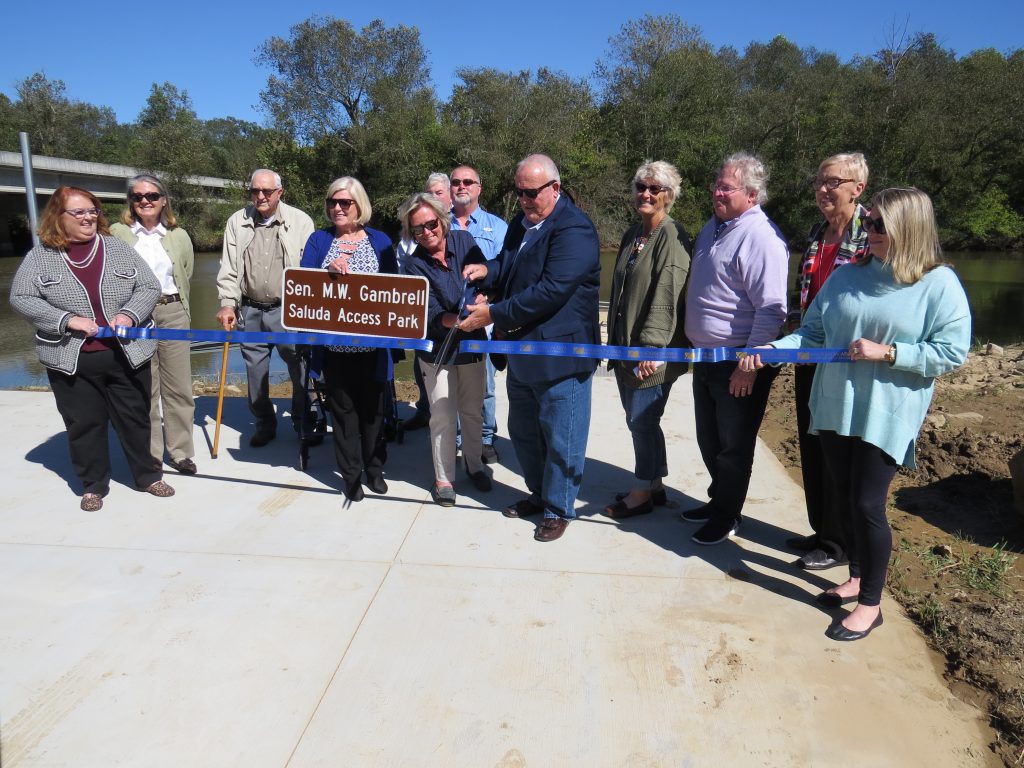 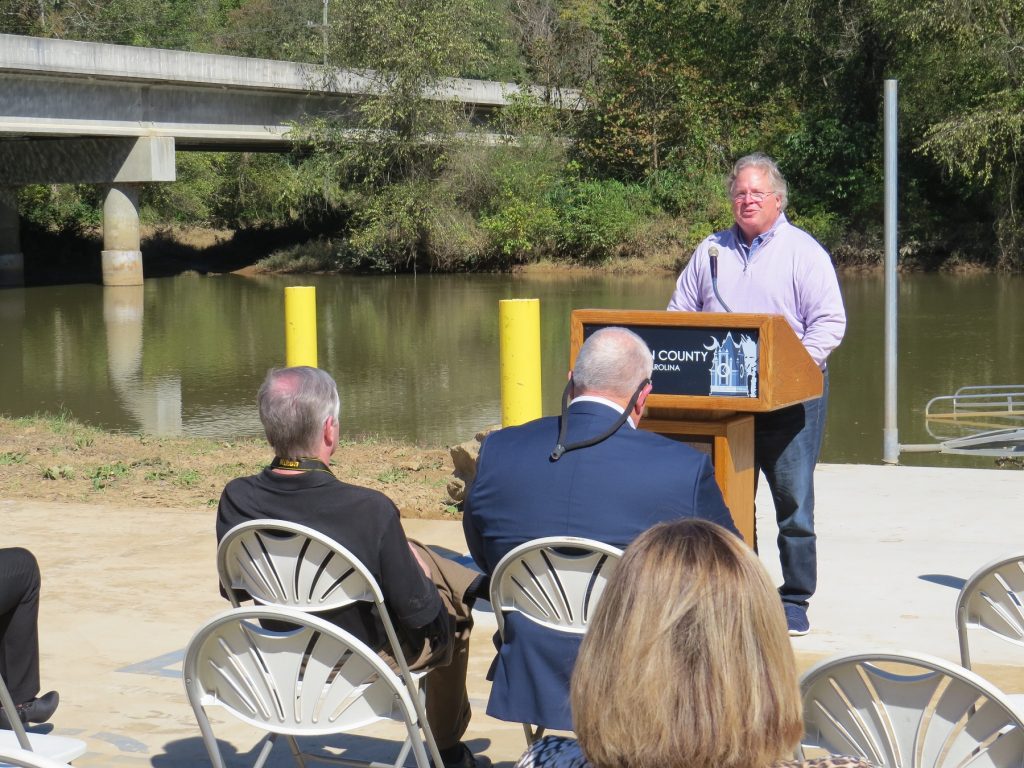 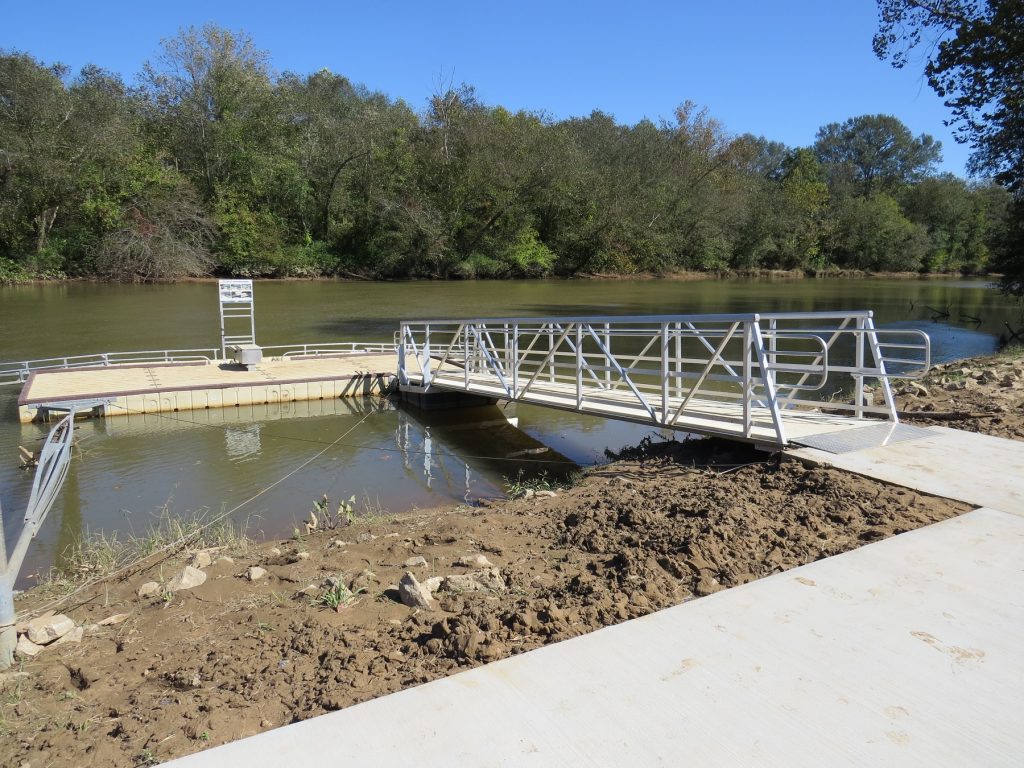 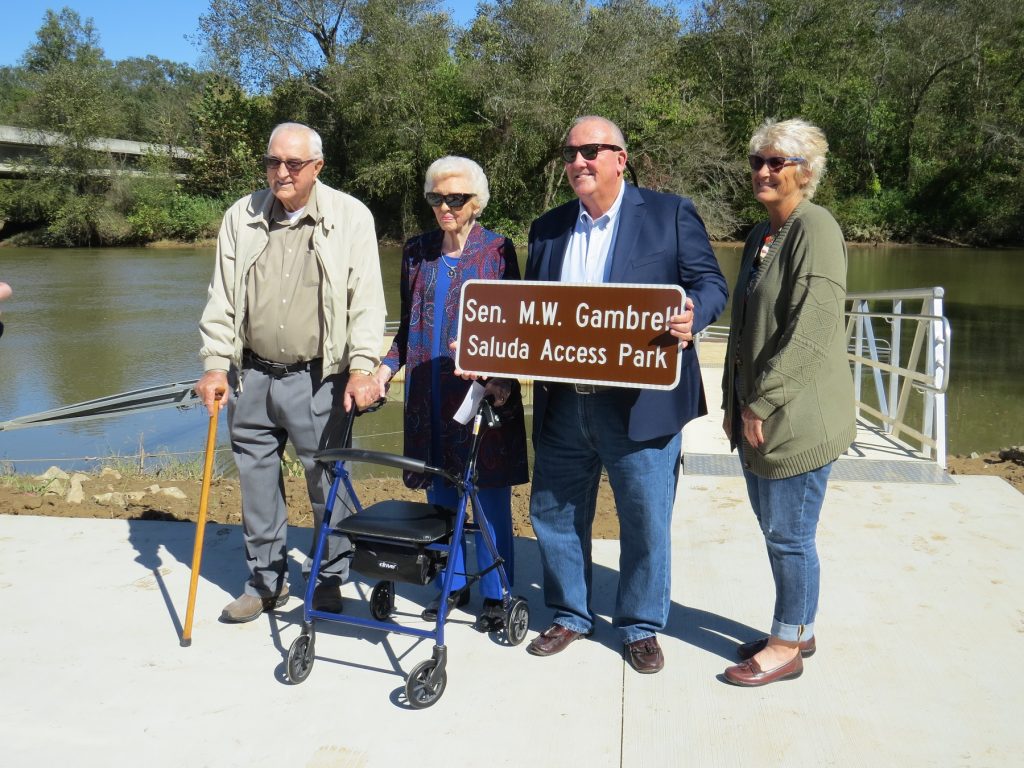 Sen. Mike Gambrell and his family.

Belton Landing serves as the southern anchor of a 20-mile segment of the Saluda River Blue Trail in Anderson County that begins at Dolly Cooper Park in Powdersville and includes an access point in Pelzer. Conceived by a consortium of public entities, private sector interests, advocates for the physically challenged, environmental groups and other stakeholders, the Blue Trail enhances water recreational access for six South Carolina counties along the Saluda River.

Owned and operated by the City of Belton, Belton Landing is located about three miles south of Duke Energy’s new 750-megawatt combined-cycle natural gas plant at the W.S. Lee Station.

Over one million people live within 50 miles of the Belton access, with the site’s convenient location making it an attractive destination for kayakers, anglers, wildlife watchers and those seeking more passive recreational interests.

“The City of Belton is proud to host this facility and we look forward to meeting visitors from all across the nation,” said Belton Mayor Eleanor Dorn. “I am grateful to the Belton City Council and former Mayor Wendell Page for their efforts to move this project forward—we wouldn’t be here today without their support.”

During this week’s ribbon-cutting event, new signage was unveiled naming the Saluda Access Park in honor of SC Sen. Mike Gambrell, who grew up along the river.

“It is hard to overstate the importance of the Belton Landing project to our community,” said SC House Dist. 7 Rep. Jay West, during the ribbon cutting. “The facility will not only serve to improve river access and provide economic stimulus to the Belton area, but will also raise awareness to the fundamental importance of preserving our pristine natural resources.”

Added Gambrell, “On behalf of the Anderson County Legislative Delegation, I congratulate the City of Belton on its efforts to provide sustainable, nature-based tourism and recreation opportunities.”

Phase 2 of Belton’s Saluda Access Park will include additional parking and a boat ramp, according to Dorn.