New hotel, connectivity plan next up for downtown Anderson’s revitalization

It has a university that is No. 50 on U.S. News & World Report’s “Best Colleges” list for regional universities and a nearby lake that is ranked among the nation’s best waters for bass fishing.

As the designations pile up, the City of Anderson SC has embarked on major downtown development and a connectivity plan to make the city limits accessible to all of its residents.

“The perception of downtown a little more than a decade ago was just Main Street,” said Anderson Mayor Terence Roberts. “I had to convince some people that we had a downtown university and a downtown hospital. We’re fortunate to have a healthcare system like AnMed Health, and one of the best small colleges in the country in Anderson University that is growing by leaps and bounds.”

And it doesn’t hurt to be 20 miles from Clemson University during football season, Roberts adds. “We get a lot of spillover on football weekends with people staying at The Bleckley Inn and eating and shopping downtown.”

Anderson officials were told for years that the city was too far from Interstate 85 to be considered for new hotel development. But The Bleckley Inn, a 22-room boutique hotel in the heart of downtown, has occupancy rates off the charts, Roberts says. And an 85-room Home2 Suites by Hilton® with meeting space and a connecting 354-space city parking garage is set to open next to Anderson City Hall in early 2021. 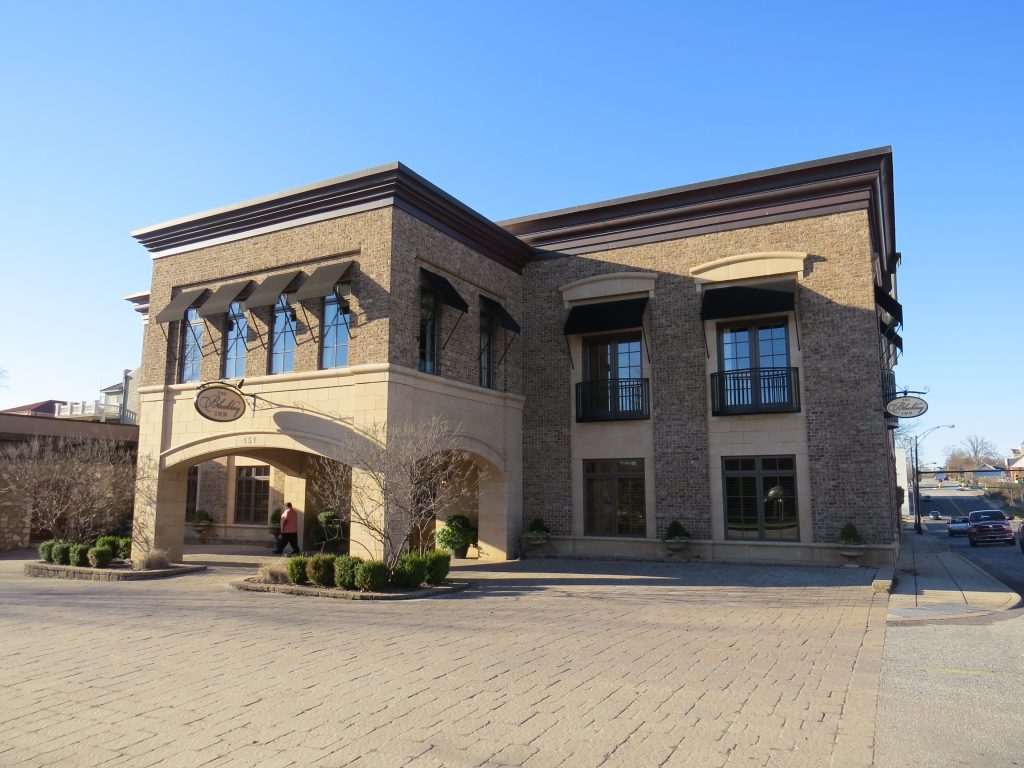 The Bleckley Inn in downtown Anderson. 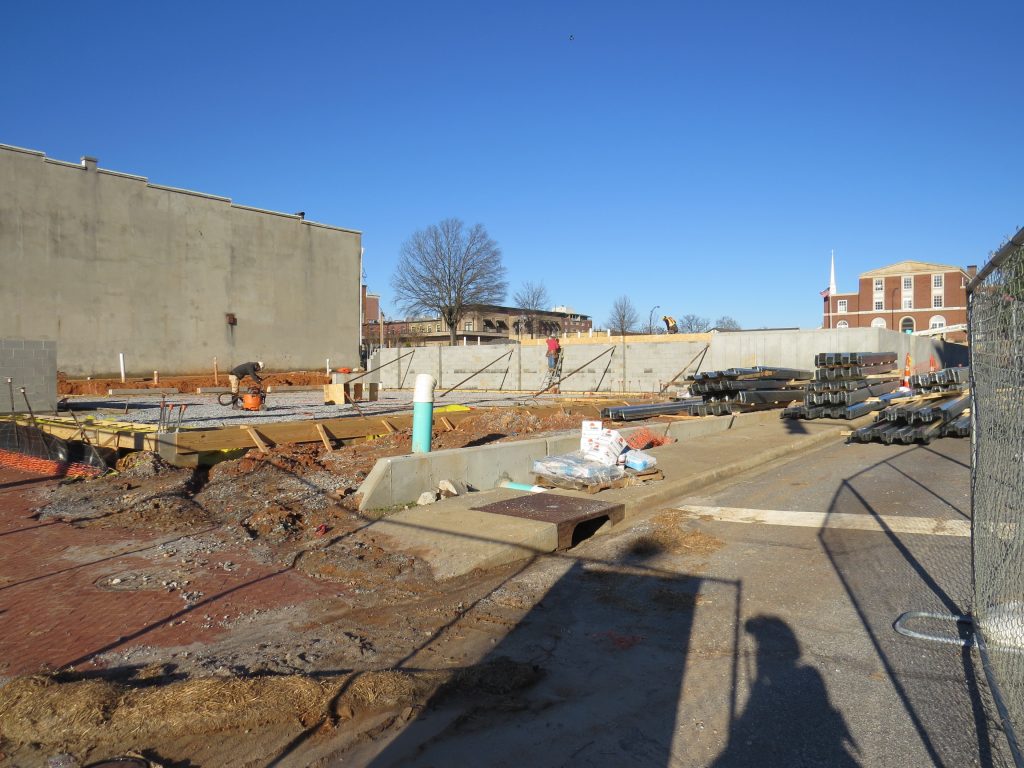 A Home2 Suites by Hilton is under construction in downtown Anderson. 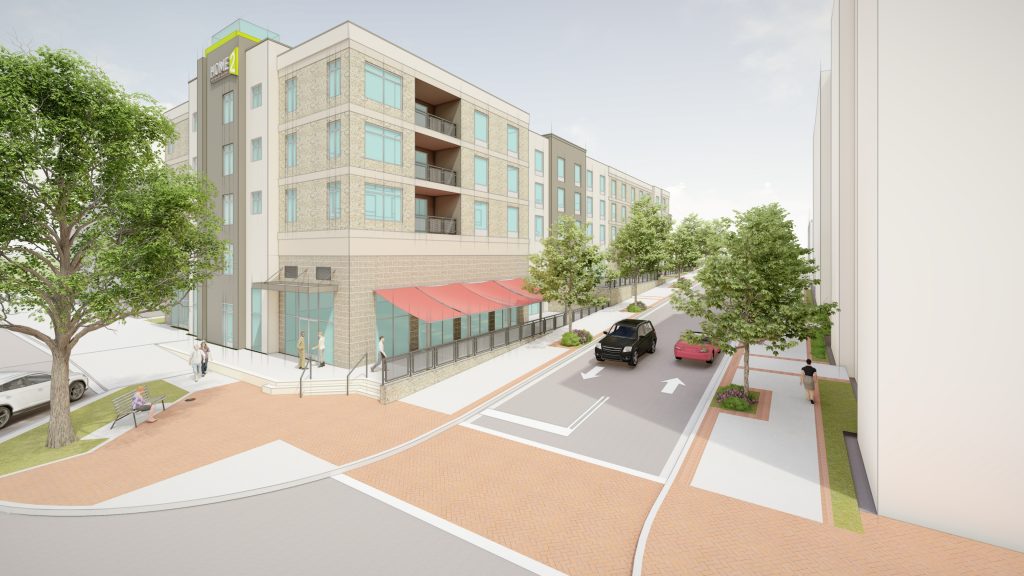 Rendering of the Home2 Suites. 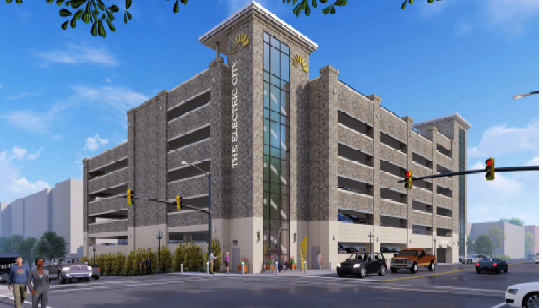 While Roberts has been Anderson’s Mayor and lead marketer for 14 years, the Anderson native credits previous leadership for laying the foundation for the city’s rebirth.

“Mayors before me understood there had to be infrastructure, sidewalks and streetscapes,” Roberts said. “The process of rebuilding downtown started several years ago when Main Street went from four lanes to two, then trees were added – all of that set the stage. As the public sector, we’ve done what we were supposed to do and now we’ve gotten out of the way and the private sector is doing what they need to do.”

The return of retail

Part of that private sector investment is retail, the pace of which has been most surprising to Roberts.

“Like a lot of downtowns, our stores moved to the malls leaving gaping holes along Main Street,” he said. “To me, downtown’s recent retail growth with stores like Plum Suede and Tracie Starr has been the most amazing.” 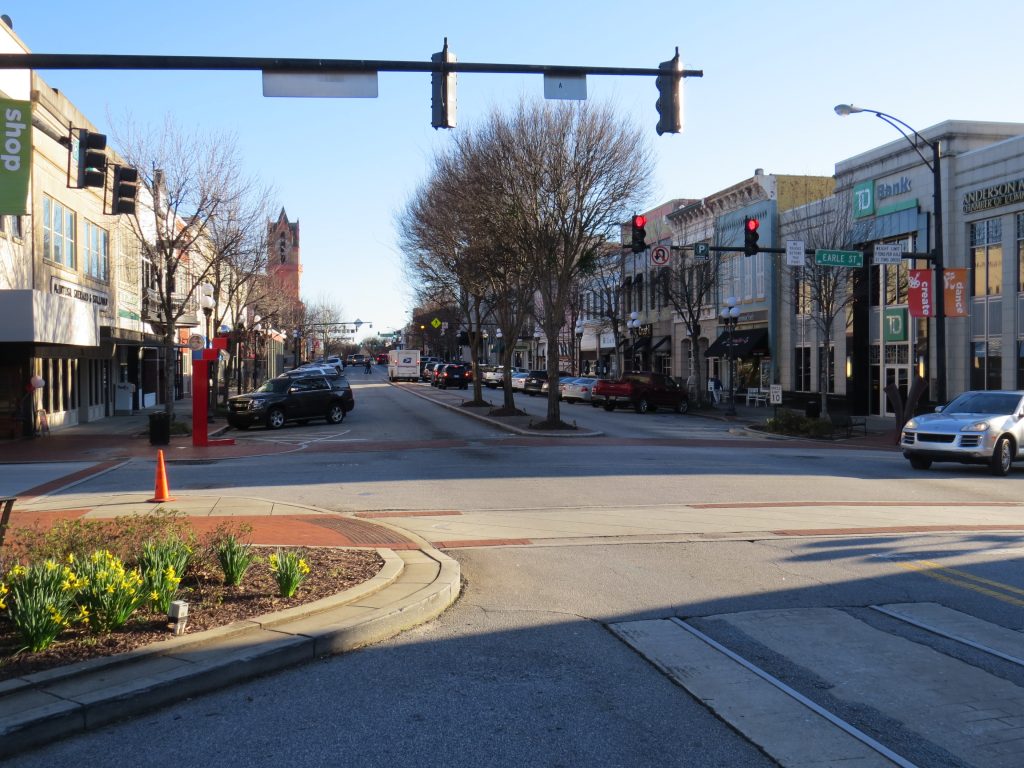 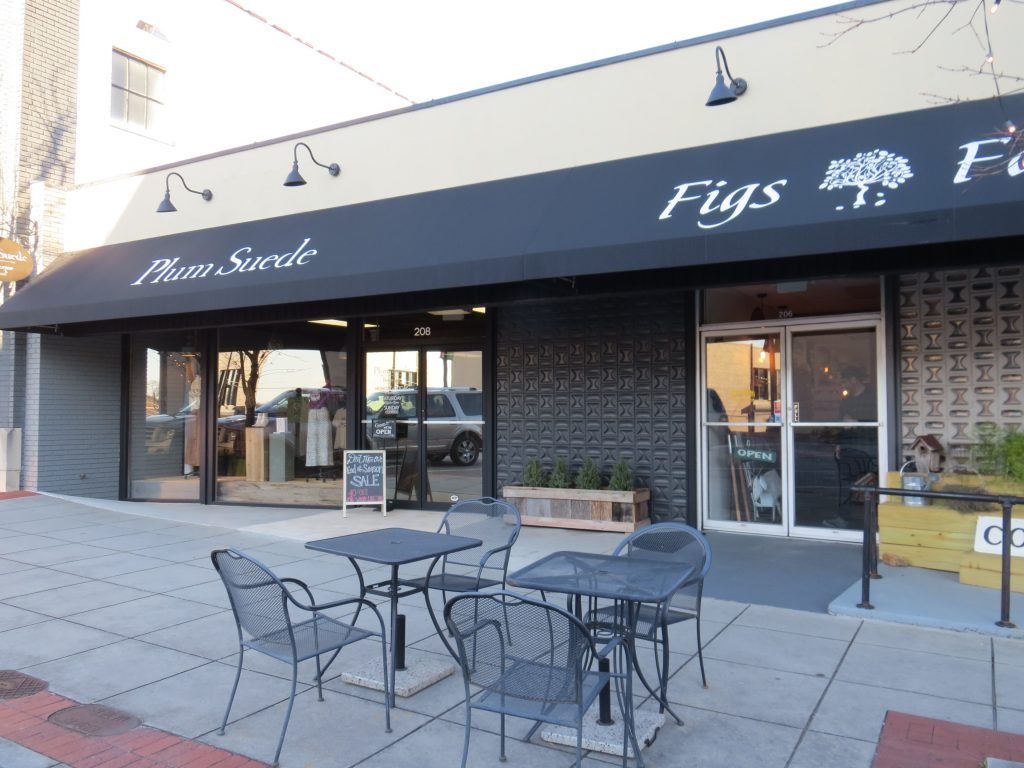 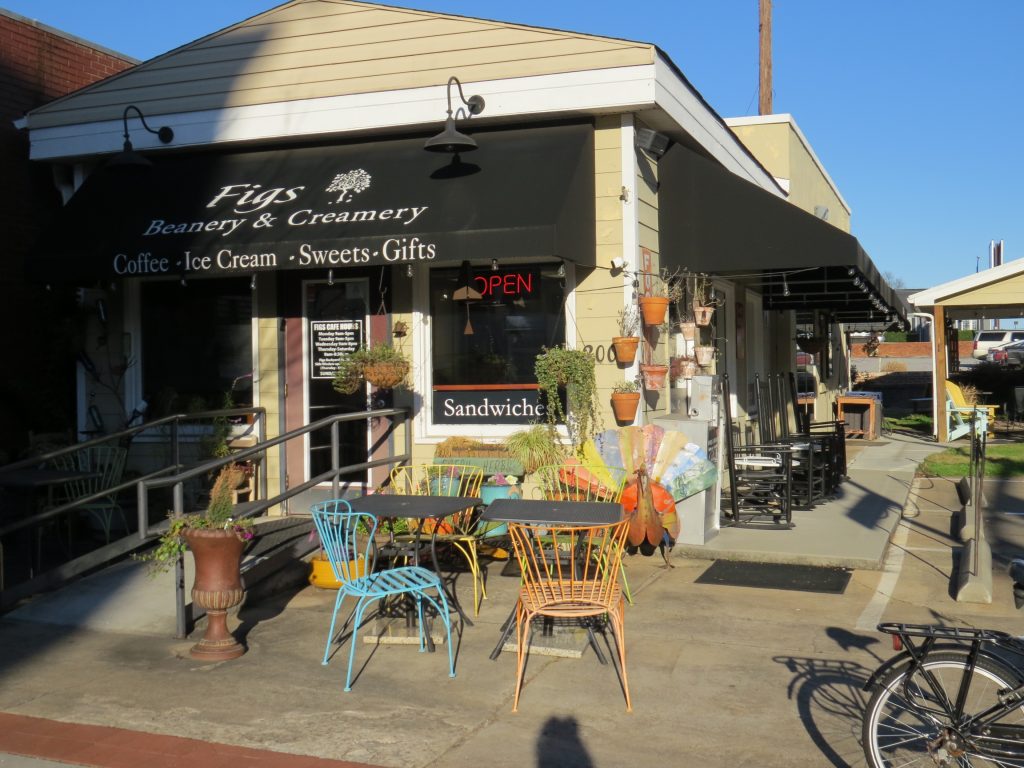 Add trendy restaurants, coffee shops and cool event space to the mix, and you quickly feel the revitalization vibe in downtown Anderson.

With downtown again a happening place, Roberts said he is focused on making certain that all city residents have access. That means implementing the city’s Downtown Bicycle and Pedestrian Connectivity Plan.

“Ours is an intercity connectivity plan and our goal is to get people around safely between downtown and destinations within the community,” Roberts said. “For example, we love to see AU students eating, jogging and studying in coffee shops downtown. We need to make sure they can walk, jog or bike to downtown safely.” 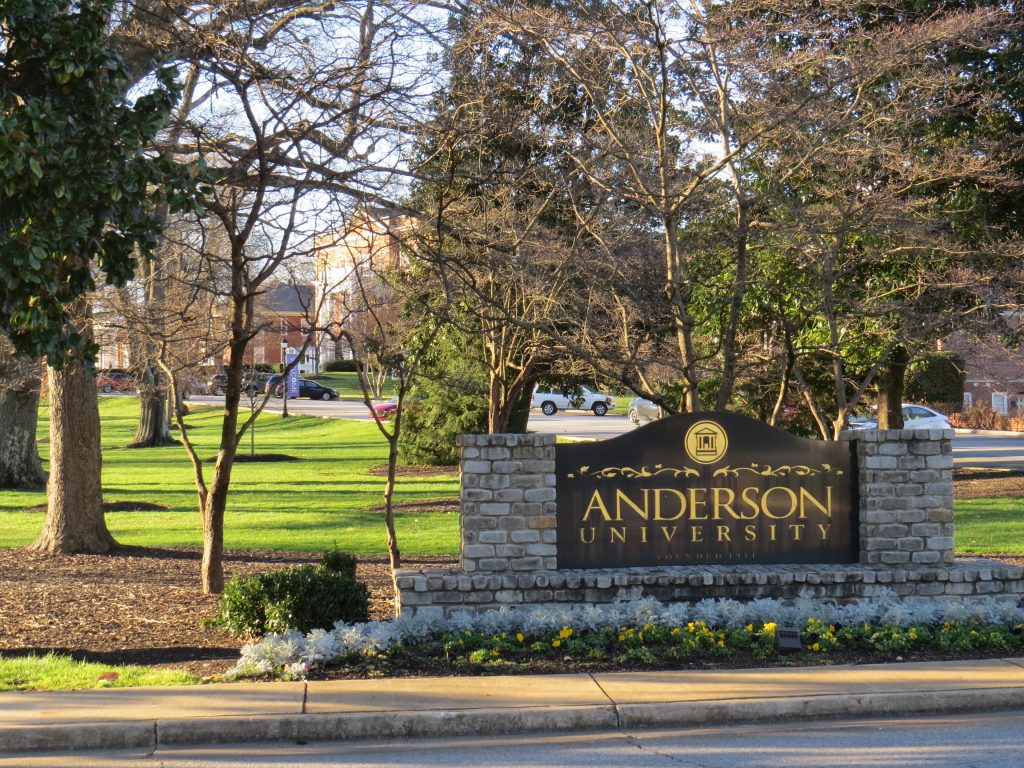 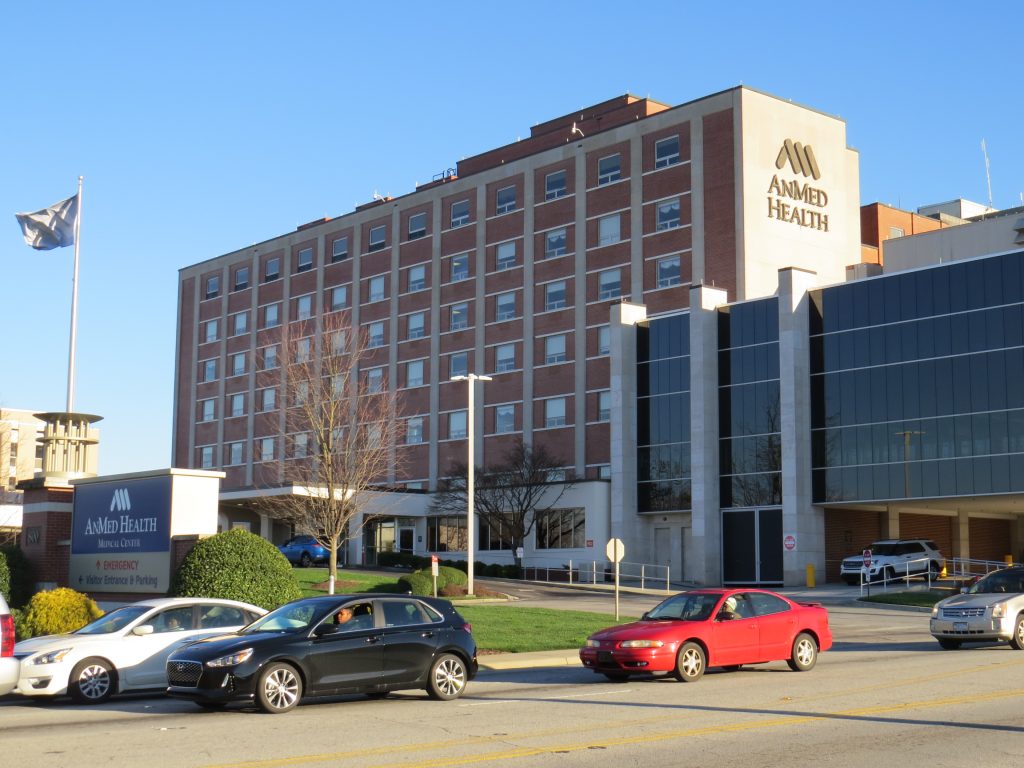 AnMed Health is just a few blocks from Main Street.

This year, Anderson hopes to get started on its own version of County Square, a mixed-use development that would bring new retail, residential and office space to the heart of downtown, Roberts said. The site, owned by the County of Anderson, is across from Carolina Wren Park.

With a nod to its legendary moniker as the Electric City, Anderson’s Shock This Block plan identifies the best use for seven blocks within the downtown area. The city has added a #shockcity hashtag to its social media marketing to help gain traction for the plan, with t-shirts and other promotional items on the way.

“The plan identifies a warehouse district, an entertainment district and an area for a possible children’s museum and related amenities,” Roberts explained. “Now we have a tool and a plan that we can show to potential developers.”

As a mayor in the center of one of the largest megaregions in the country, Roberts believes it’s his job to not only promote Anderson, but the Upstate region, as well. That’s why he presently chairs the Board of Directors at Ten at the Top, an organization representing the interests of the 10-county Upstate region. 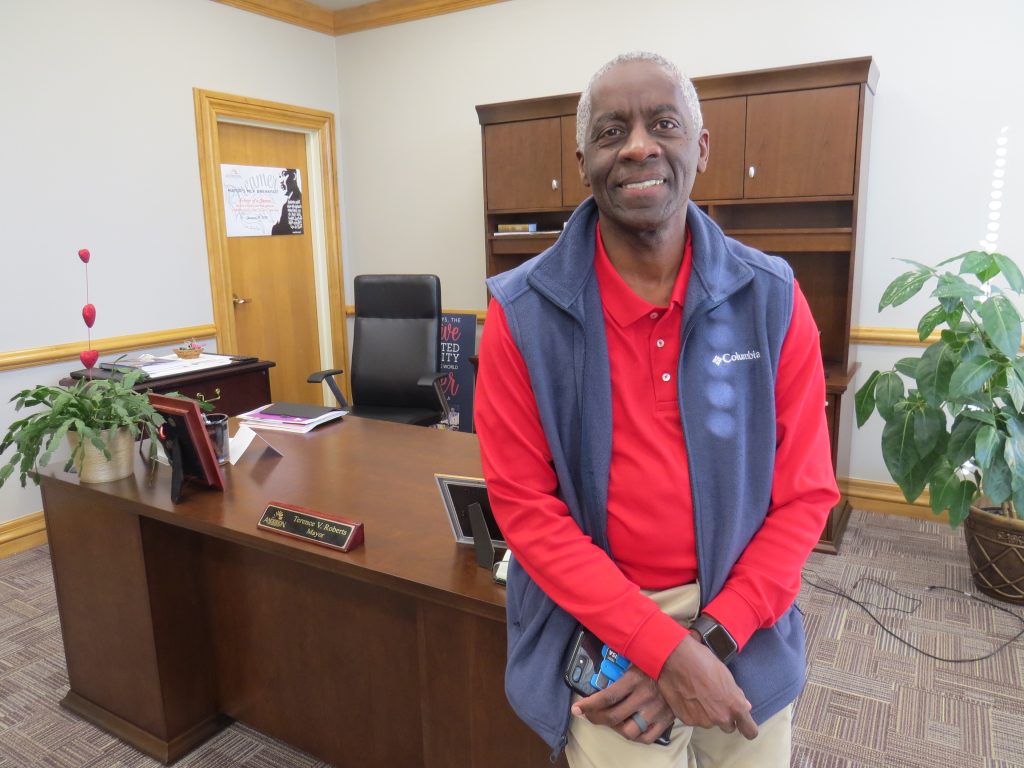 Anderson Mayor Terence Roberts in his office at City Hall.

“If one area of the Upstate does well, we all do well,” Roberts said. “Look at the success of Greenville’s downtown. That has helped everybody.”

Roberts says he will continue to focus on quality of life issues such as affordable housing, connectivity and creating more healthy communities.

“I realized early in my political career that while certain things were not in my control, I was able to have a platform for issues that concern me,” Roberts said. “Through collaboration and partnerships with organizations like Ten at the Top, United Way and our health systems, we can figure out how to make our communities better.”