The films begin at sundown, but moviegoers are invited to come early to grab a prime viewing spot and to participate in movie-themed trivia. The screen will be located near the Shakespeare in the Park stage.

Food vendor Poppington’s Gourmet Popcorn will be on-site every Wednesday and food trucks will rotate throughout the month. Those wishing to consume alcohol at the event must purchase a $1 wristband. 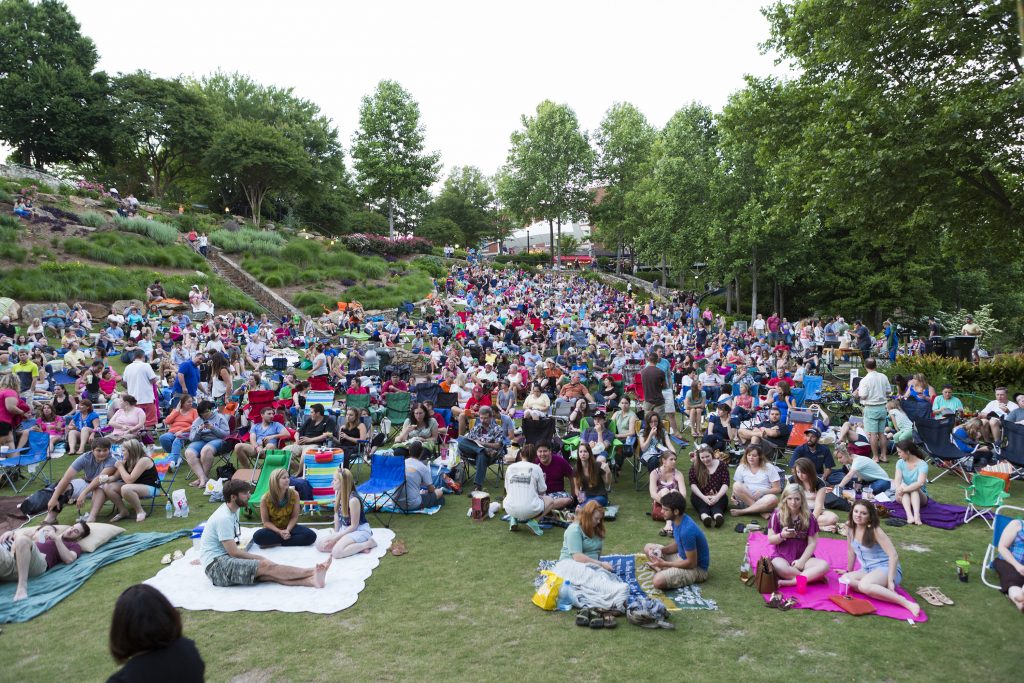 September 11
20,000 Leagues Under the Sea (1954)
In this classic adventure film, a ship sent to investigate a wave of mysterious sinkings encounters the advanced submarine, the Nautilus, commanded by Captain Nemo.
Food vendors: Poppington’s Gourmet Popcorn and We Got the Beats

September 25
Hook (1991)
In this classic adventure/comedy, Captain Hook kidnaps the children of an adult Peter Pan. Peter must return to Neverland and reclaim his youthful spirit in order to challenge his old enemy.
Food vendors: Poppington’s Gourmet Popcorn and One Love Fusion Foods