More than 400,000 scientists, engineers, technicians and laborers contributed to the 1969 moon landing, designing and manufacturing everything from control panels to rocket boosters.

Mill workers at the J.P. Stevens plant in Slater, SC played an integral role in this historic mission to the moon as the producers of Beta cloth, the fiberglass thread fabric pioneered by Dr. Frederick Dawn, a NASA textile expert.

The cloth made by members of this community in northern Greenville County was used as the fireproof layer in the Apollo spacesuits worn by Michael Collins, Edwin E. “Buzz” Aldrin Jr., and Neil A. Armstrong as he became the first man to step onto the surface of the moon. 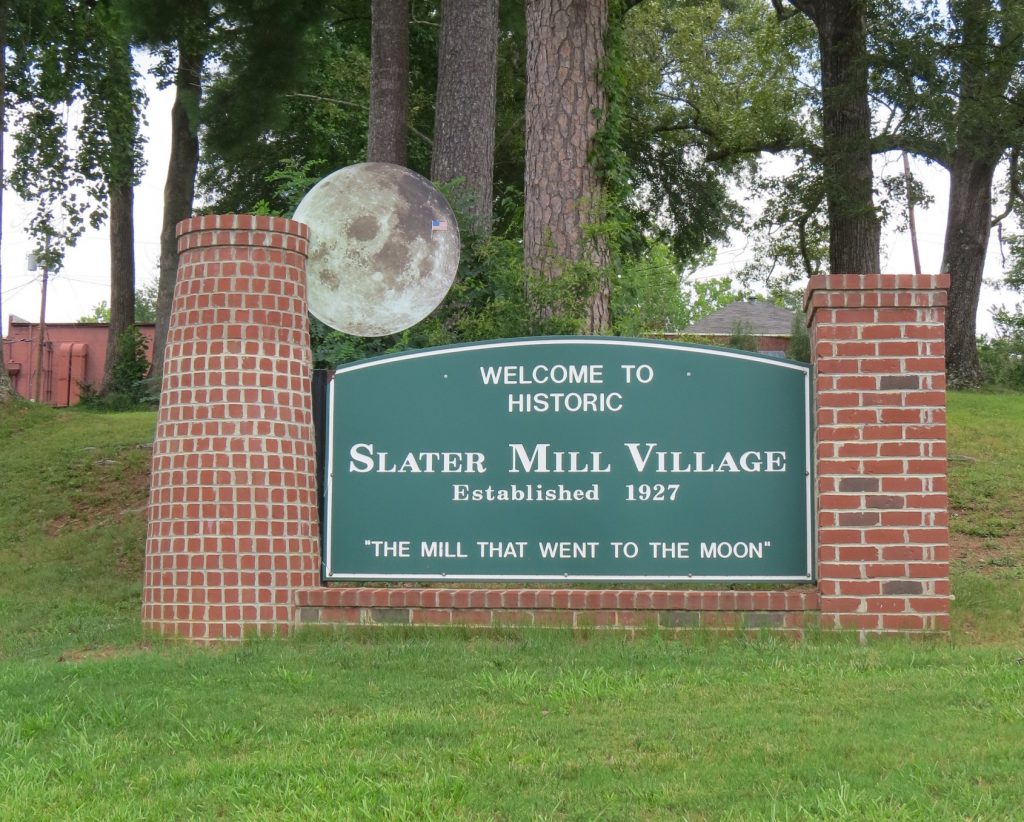 On July 20, the Slater community will celebrate the 50th anniversary of the Apollo moon landing with Mill to the Moon 50th Anniversary from 5:00 p.m. until 7:30 p.m. at Slater Hall, followed by a free showing of First Man, the 2018 film depicting the life of Neil Armstrong and starring Ryan Gosling.

Sponsored by the Slater Hall Citizens Committee, Mill to the Moon 50th Anniversary will include a barbecue, historical displays of the Slater community’s contribution to the Apollo Space Program, a local artist specializing in mill town landscapes, informational lectures, and STEM and art activities for children.

Author Kristy Dempsey also will be on hand with her new illustrated children’s book, Papa Put A Man On The Moon, which is dedicated to the families and children of the Slater, SC mill hill. Dempsey will read her book and sign copies beginning at 6 p.m. 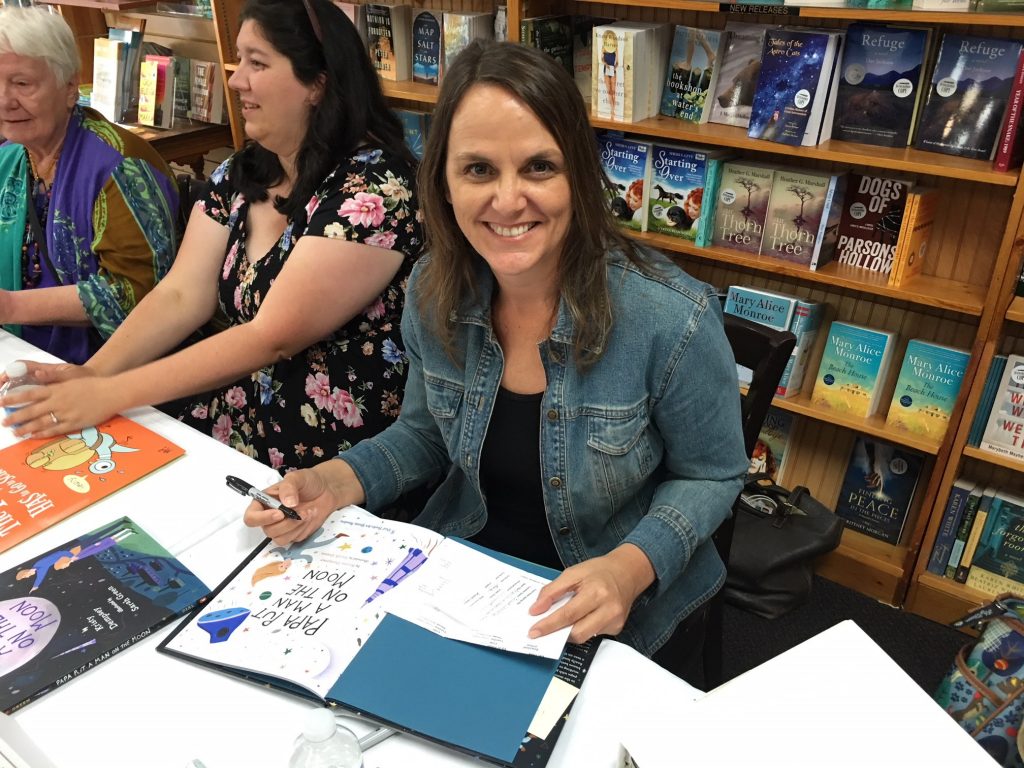 Kristy Dempsey at a recent book signing at Fiction Addiction in Greenville, SC.

“Writing this book has been the privilege of my life,” Dempsey said. “I knew I wanted to honor the Slater, SC community’s contribution to the moon landing since my mother grew up in the mill village, and my grandparents, parents, aunts and uncles all worked at the mill at one point or another.”

The specially engineered fabric made at J.P. Stevens in Slater was a secret project that only a few mill workers were selected for, but the U.S. government contract was a boon to the overall operation of the mill.

“The people of the mill village were so humble and hardworking,” Dempsey said. “It wasn’t until Neil Armstrong actually stepped onto the moon that Slater, SC even began to consider its role in this monumental American achievement. And even then, some of the impact on this community was lost to history until recently.”