The mill at Newry, SC was silenced in 1975 when Abney Mills closed the Oconee County plant citing an ‘extremely depressed home furnishings market.’ But by the end of this year, the former Courtenay Mill will come back to life as an apartment community.

Many former textile mills across the Upstate have been transformed into apartment or condo communities, with several of the old mill sites finding their way onto the National Register of Historic Places. But Newry seems unique.

For starters, not only the mill but the entire Village of Newry was added to the National Register on March 19, 1982. And when 197 units open at Newry Mill in January 2023, it could triple the size of the town.

An isolated community built on a bluff overlooking the Little River on the northeastern edge of Seneca, the Village of Newry is 256 acres. In its cloth making heyday, the mill had 375 workers in a town of 600. In 2019, the town’s population had dwindled to 191.

Founded in 1890 by William Ashmead Courtenay, an Irishman and former mayor of Charleston, the Village of Newry, SC was named for Newry, Ireland, the hometown of Courtenay’s father. Construction of the textile mill there began in 1893 and the mill opened in 1895. Like other textile barons of the era, Courtenay built housing for his workers, along with a company store, a church, and other amenities.

Fud Cater, a Newry historian, was born in 1949 and lived in Newry until the fourth grade when his father took a job as a funeral director in a nearby town. After four years, the Cater family returned to Newry where Cater stayed until he married in 1974. 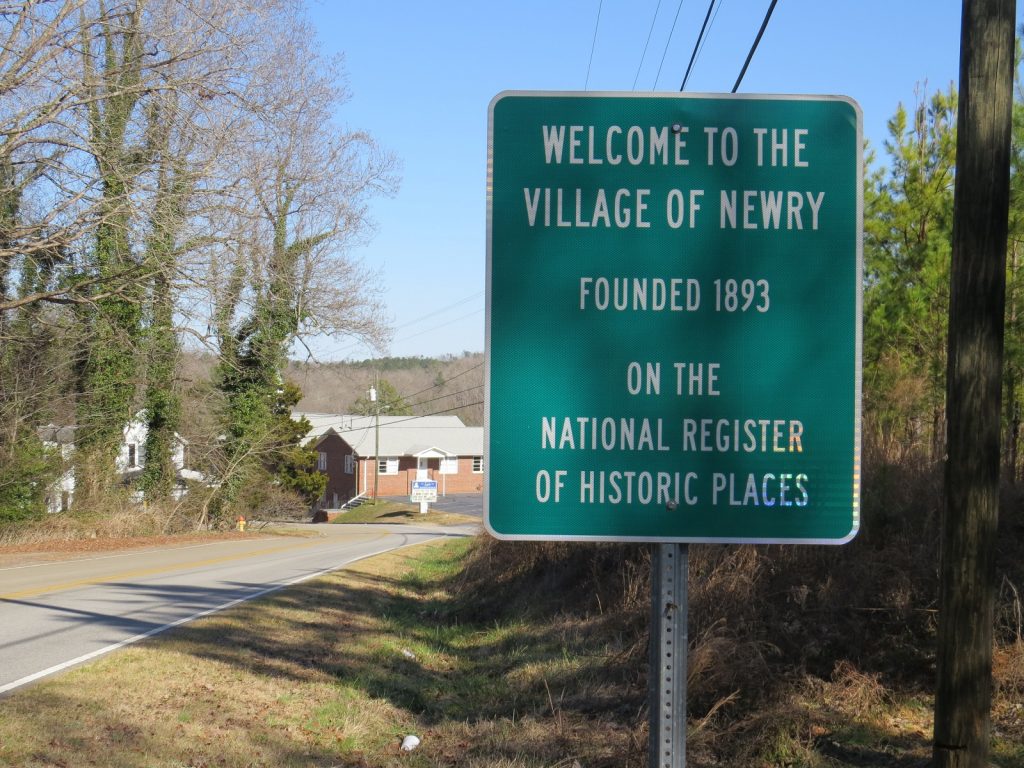 The Village of Newry was added to the National Register in 1982. 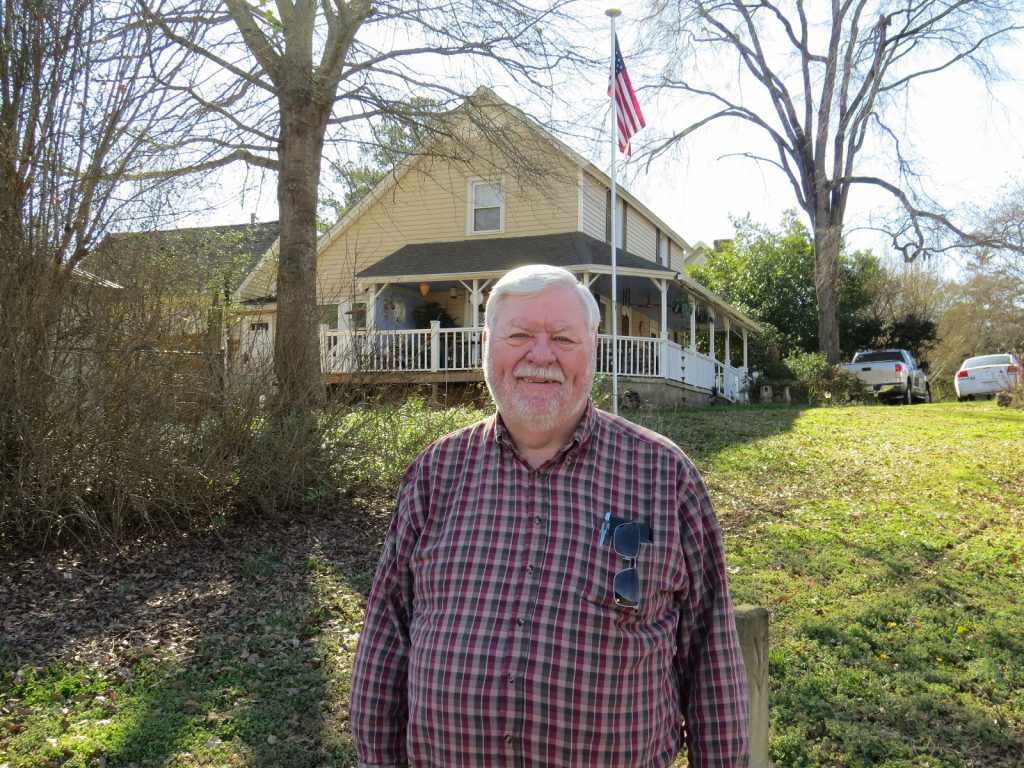 Fud Cater stands in front of his boyhood home.

Cater is nostalgic about his hometown, recalling a close-knit community where church suppers, company picnics and textile league sports consumed the social calendar. He also remembers Newry residents that could talk the fire out of a burn victim, stop bleeding by reading a Bible verse and cure poison oak by blowing on the affected area and reciting an incantation.

But his fondest memories are of sitting on the front porch of the company store, playing checkers using bottlecaps and catching up on the goings-on in the village.

The store’s front porch was so much a part of life in the town, that M. Peters Group of Greenville, the project developer, made the decision to renovate the company store and adjoining Newry post office, as well. The re-use of the general store building will include a grocery store, cafe, leasing office, and the U.S. Post Office on the main level and event space upstairs. 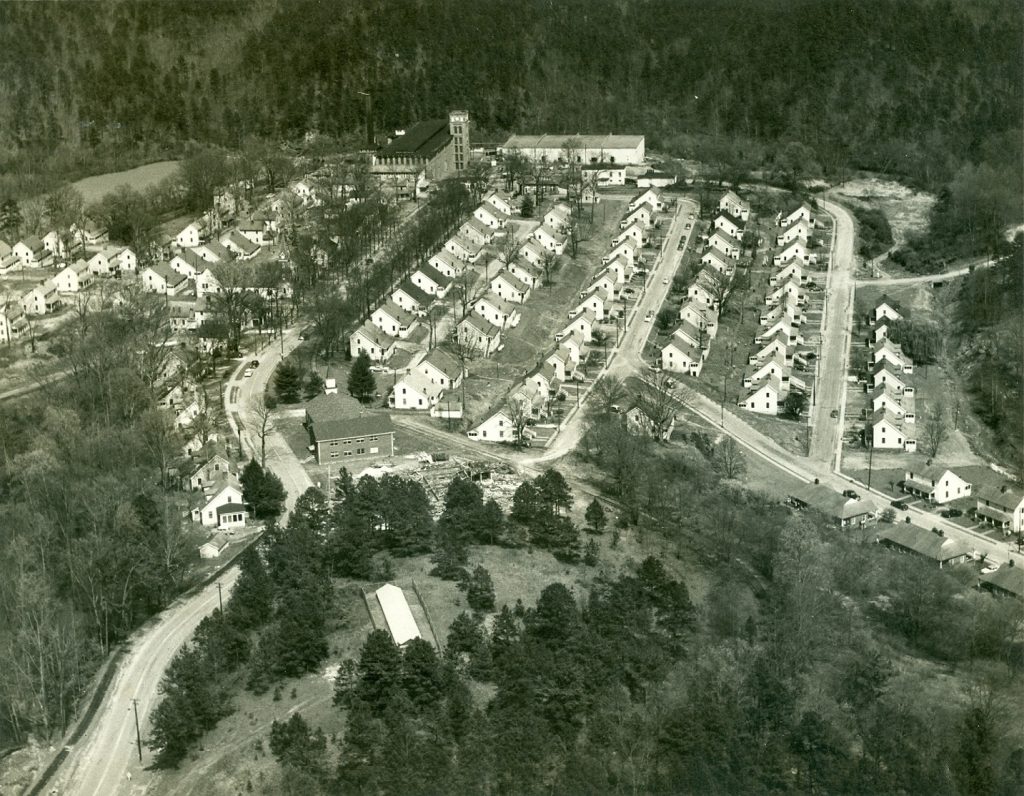 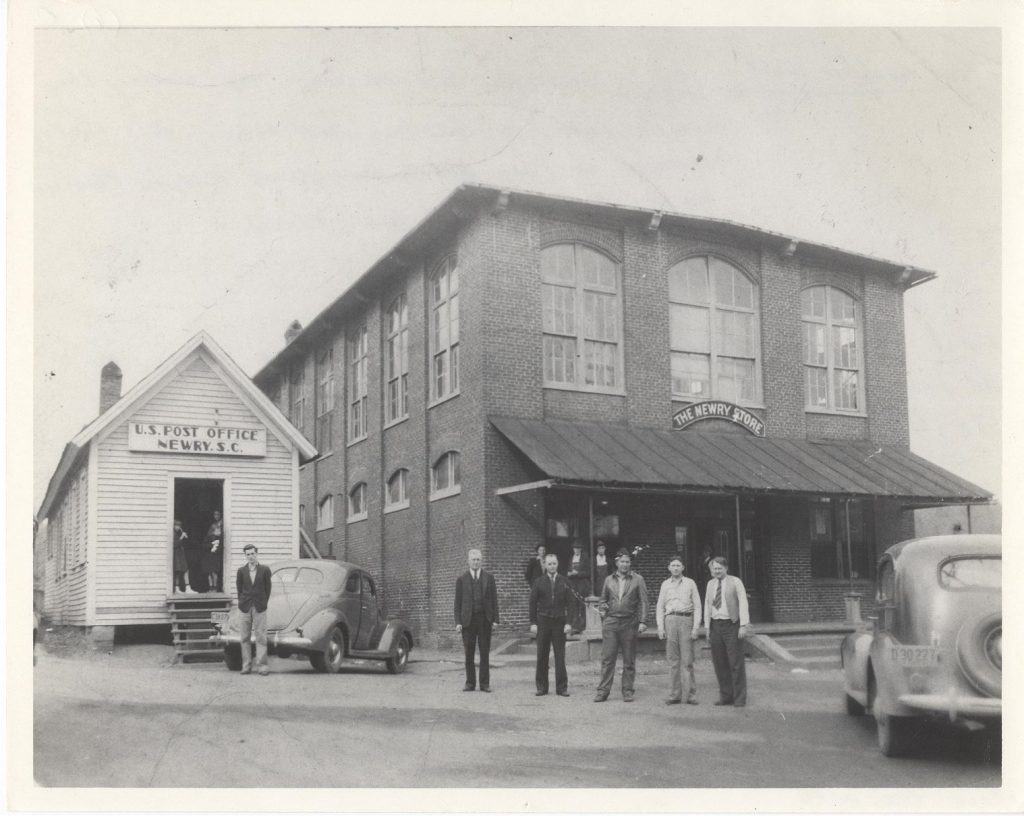 A 1942 photo of the Newry post office and company store. 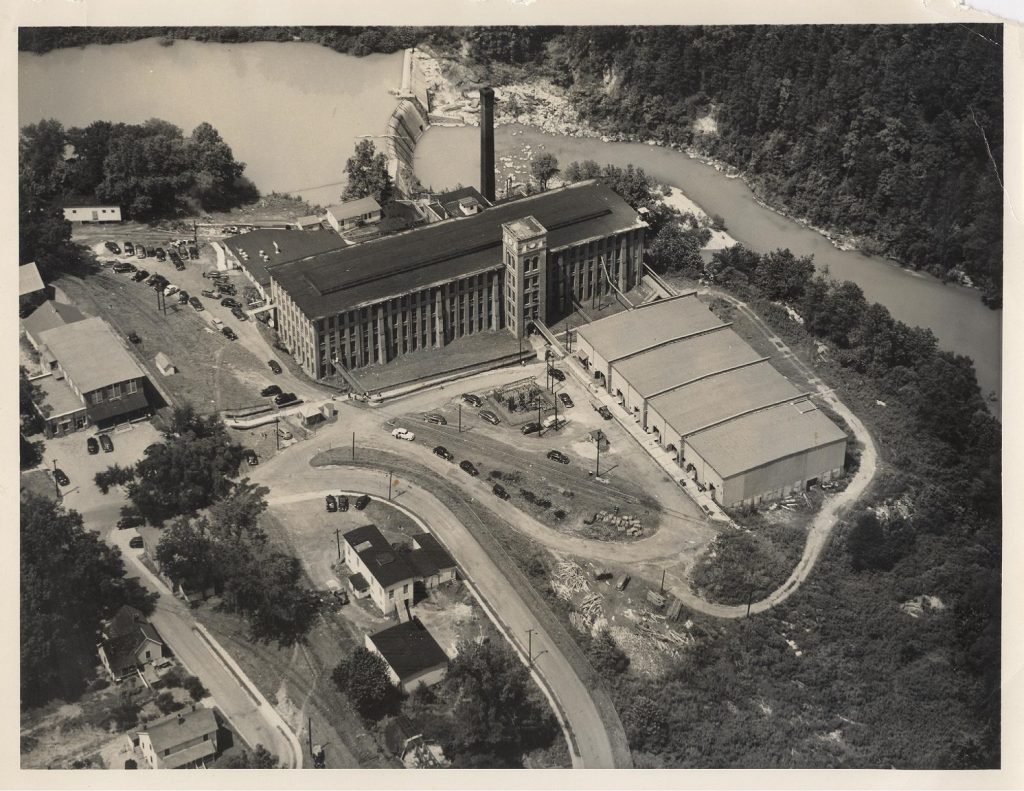 Courtenay Mill was built along the Little River in Newry SC. 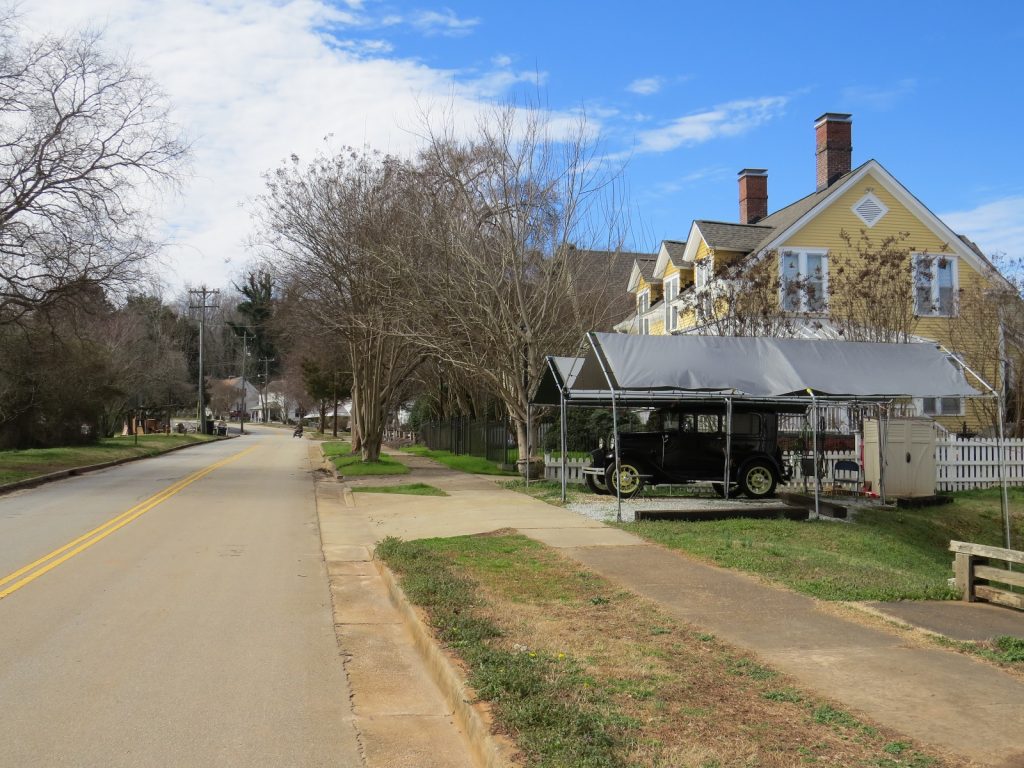 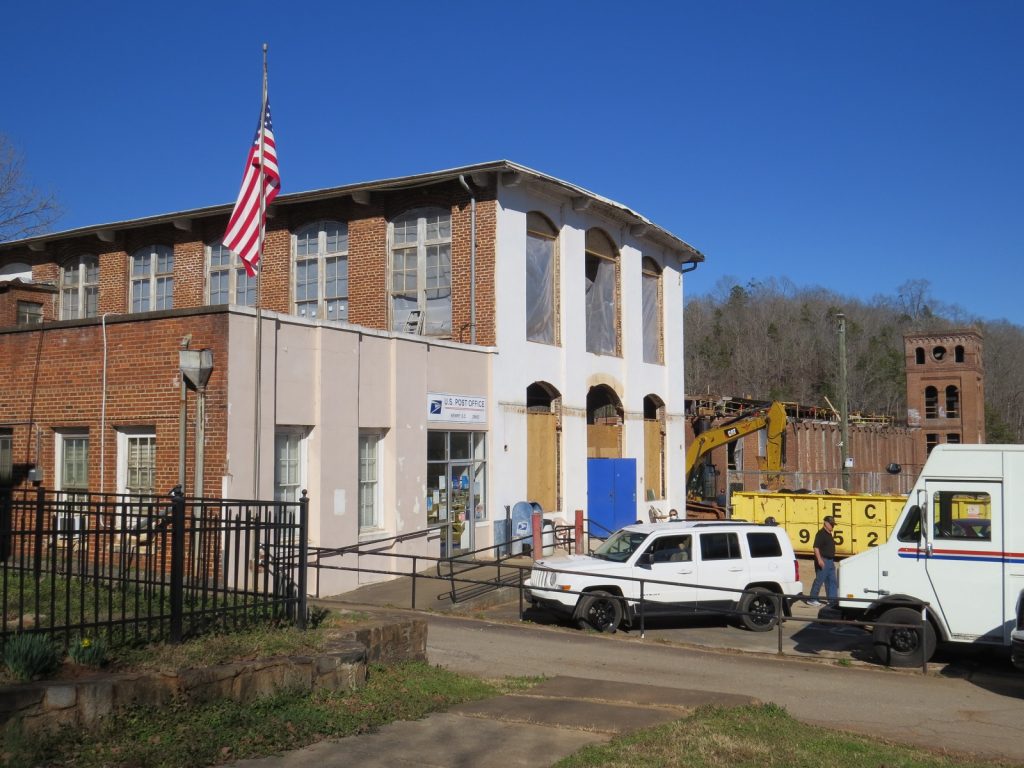 The Newry Post Office and company store are part of the renovation. 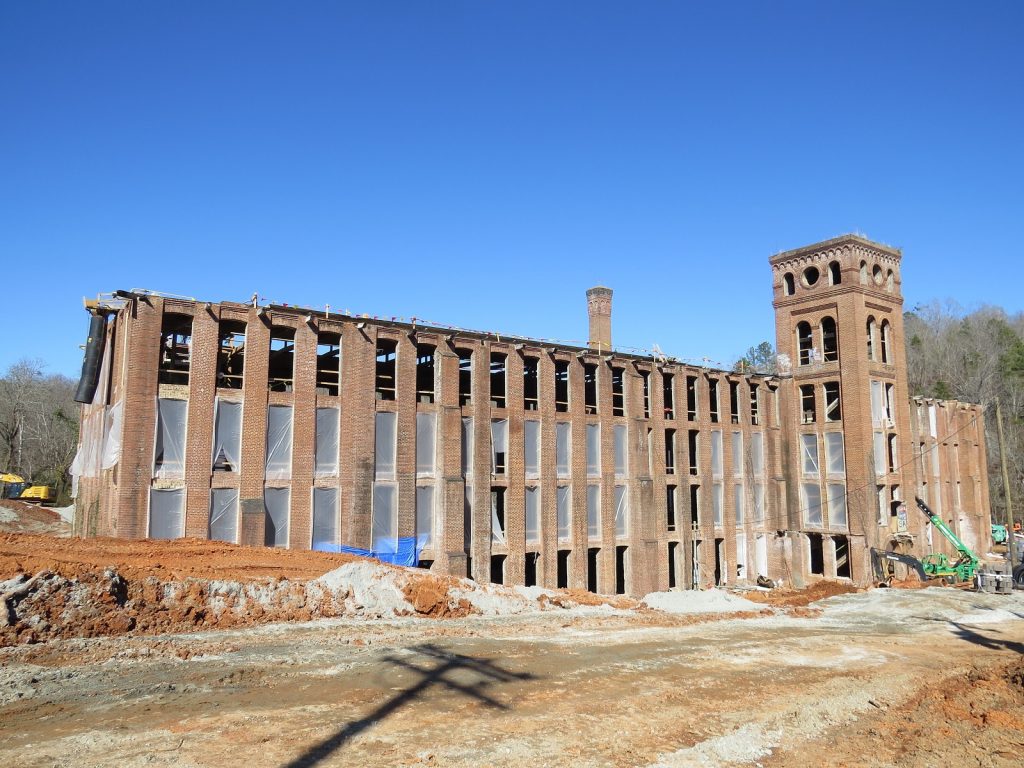 “We quickly realized that (the company store) was the key for us and the success of what we’re putting here to connect to the village,” said Jennifer Gosnell, a partner with M. Peters Group.

And concerns that many developers face from a community – increased noise and traffic – were not an issue because they were inherent to the mill, she said.

“The amazing feedback we got in the community meeting was how excited people were to have life back in the mill,” Gosnell said. “One prior resident told us that she lived here when the mill was up and running and then when the mill shut down, she couldn’t sleep because it was too quiet.”

Once compete, the nine-acre parcel along Lake Hartwell will feature 79 apartments in the old mill and 118 units in a new structure where the mill’s old warehouse once stood. Site improvements will include restoration of the historic dam, a pedestrian bridge and nature trails, wildlife habitat restoration, public green space and kayak inputs for public use. 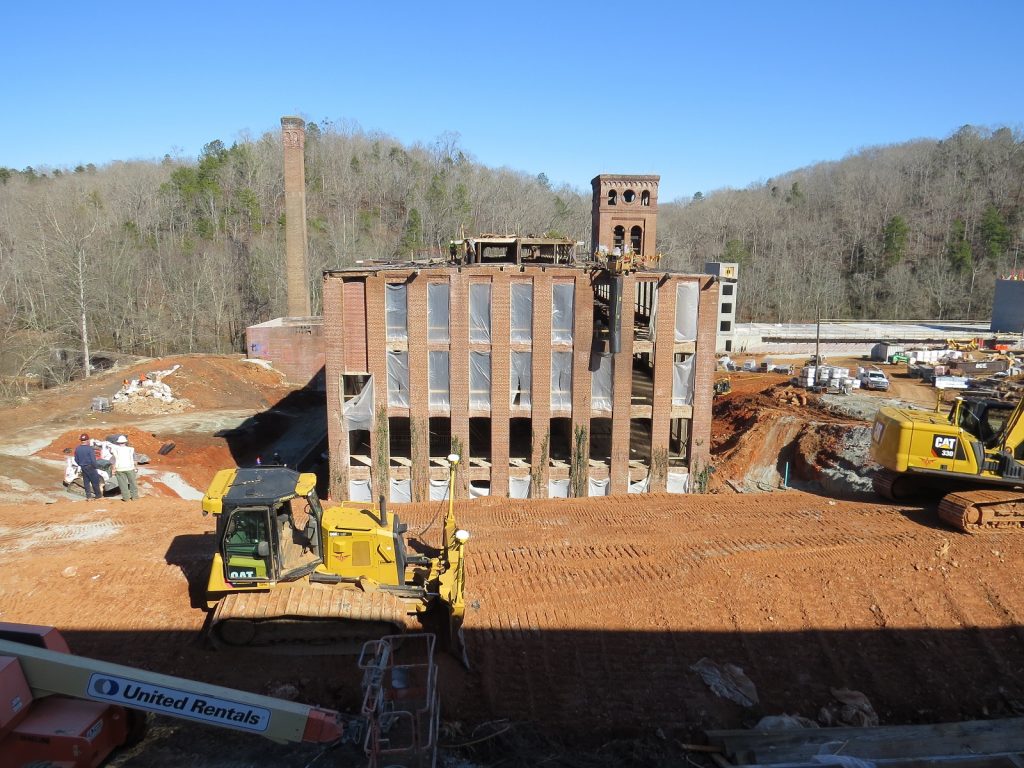 A view of the project from the old company store. 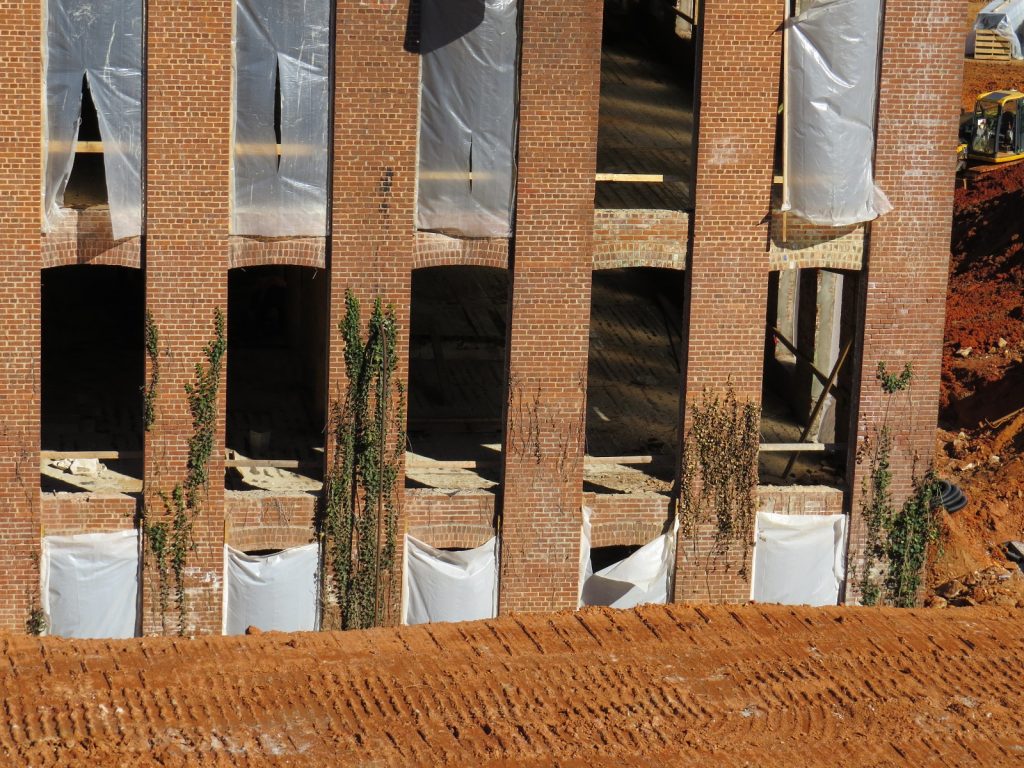 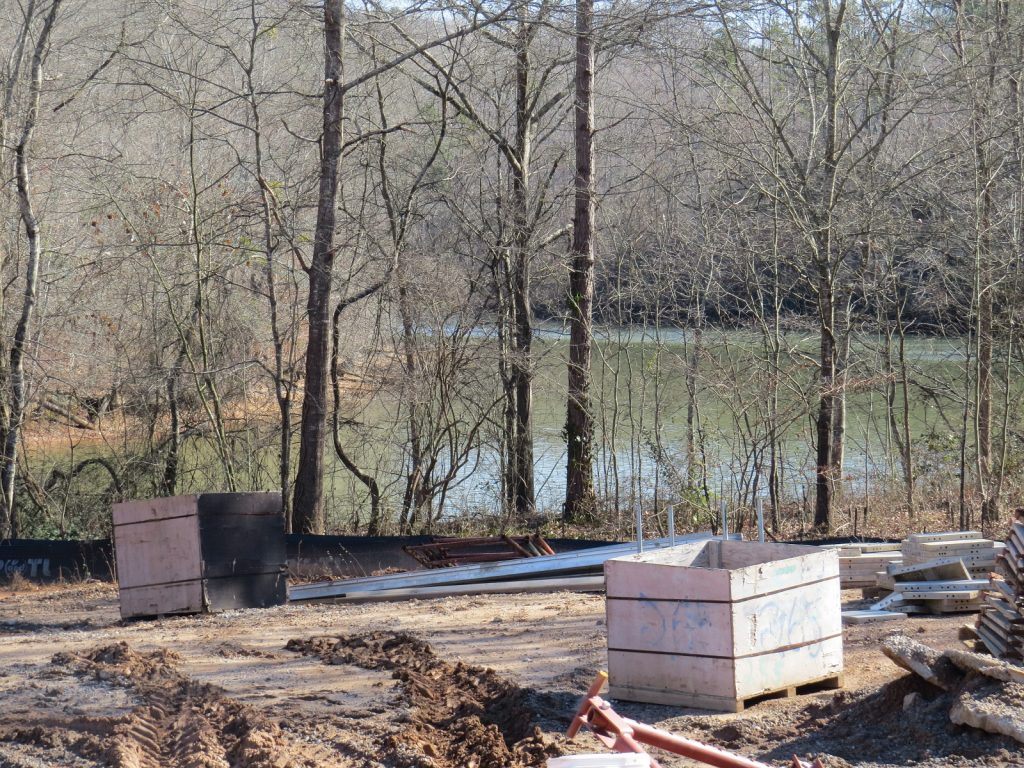 For Cater, whose grandfather helped clear the land for the mill and worked there along with his parents, the redevelopment project is something that many Newry residents hoped would one day happen.

“For years, a lot of people wanted something done with the mill and it just never did come about,” Cater said. “It got to the point where it was almost about to be torn down for salvage, then M. Peters Group came along and was able to purchase it and start this process.

“Hopefully once all of this is finished in its pristine look, if you want to call it that, people will want to come in and buy some of these lots that have houses that are down or deteriorating and begin to fix them up so that the mill village itself will begin to reflect the beauty of what this is going to be.” 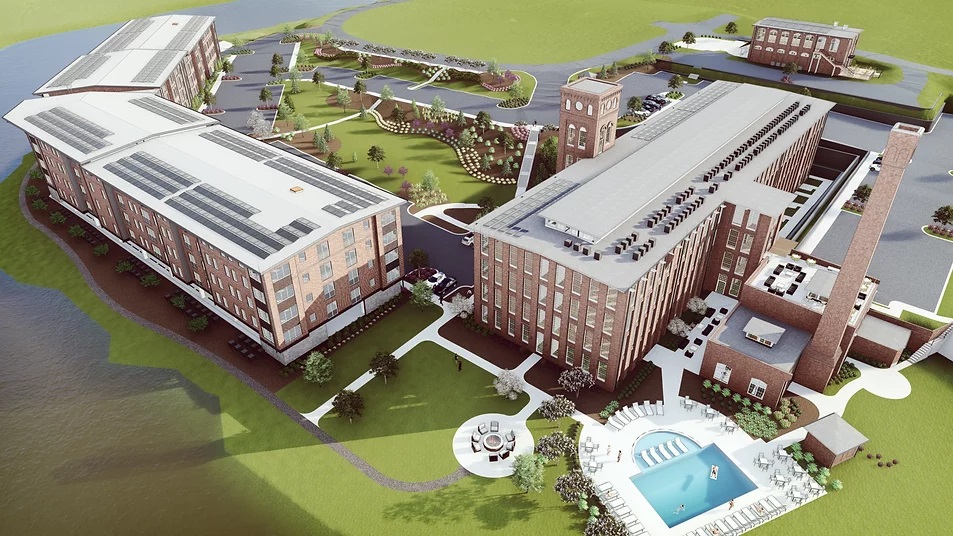 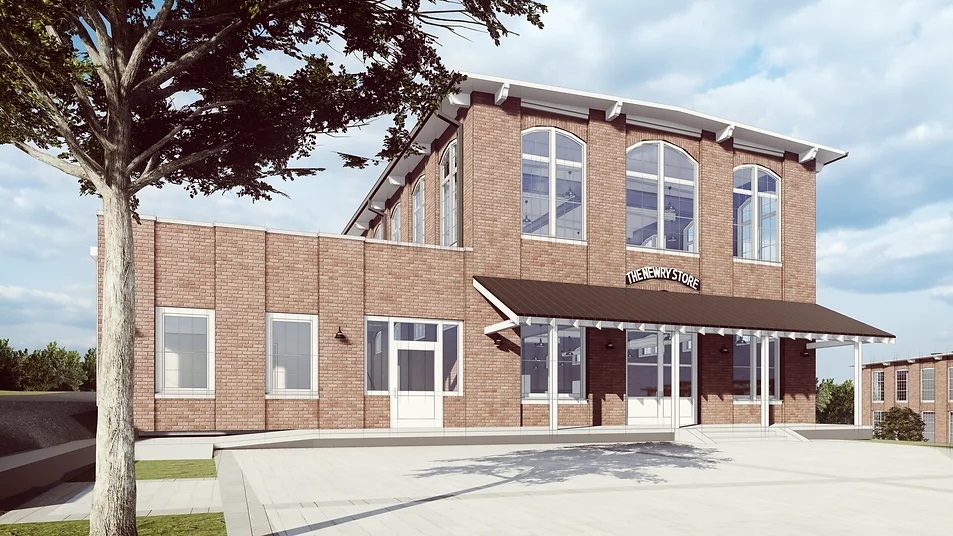 Preserving the village and the historical significance of places like Newry also is a goal at M. Peters Group.

“The village of Newry has been well preserved,” Gosnell said. “It is like stepping back in time. It is fairly isolated in terms of any other growth moving in. Even though it is worn, and the mill was empty, it is like walking back in time in the way it has been preserved. You cannot replicate a building like this today and that is what makes it unique.”