Mike Cannon grew up in Seneca in a family with 12 children. He remembers strolling downtown at Christmastime, looking in store windows and dreaming about owning the toys he saw that his family couldn’t afford.

Now retired and living in Anderson, Cannon owns more toys than you’ll find at an FAO Schwarz. An avid collector of pedal toys, Cannon estimates he has about 150 of them. But his collection has grown to include die-cast toy cars, trucks and tractors by Smith-Miller, Matchbox, Hot Wheels, Greenlight, John Deere and more that number into the thousands.

There are so many toys, in fact, that Cannon is actively searching for a public place to display them.

“I would love to get a toy museum in the Anderson or Seneca area,” says Cannon, a resident of Anderson for the past 30 years. “There’s a museum here and I want to share it.”

Cannon started collecting in the 90s when a friend gave him a Hallmark Kiddie Car Classics collectible.

“I started collecting Kiddie Car Classics and I thought it would be neat to have the actual pedal cars that the Kiddie Car Classics were designed after,” Cannon said. “At that point I could afford to buy toys and it sort of got out of control. But I just enjoy it and every toy has its own story.”

The oldest toy in the collection is a 1925 Lincoln made by Steelcraft, which made toys until the 40s when it was purchased by Murray Ohio Manufacturing. And there are numerous handmade scale toy trucks in miniature made by Smith-Miller Inc. of California. 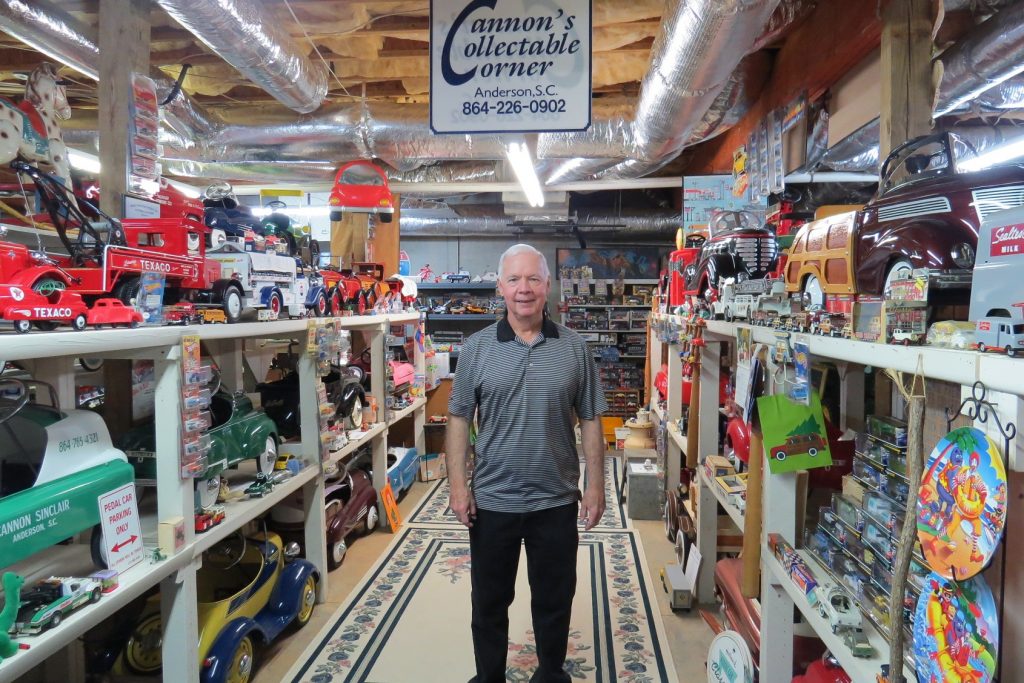 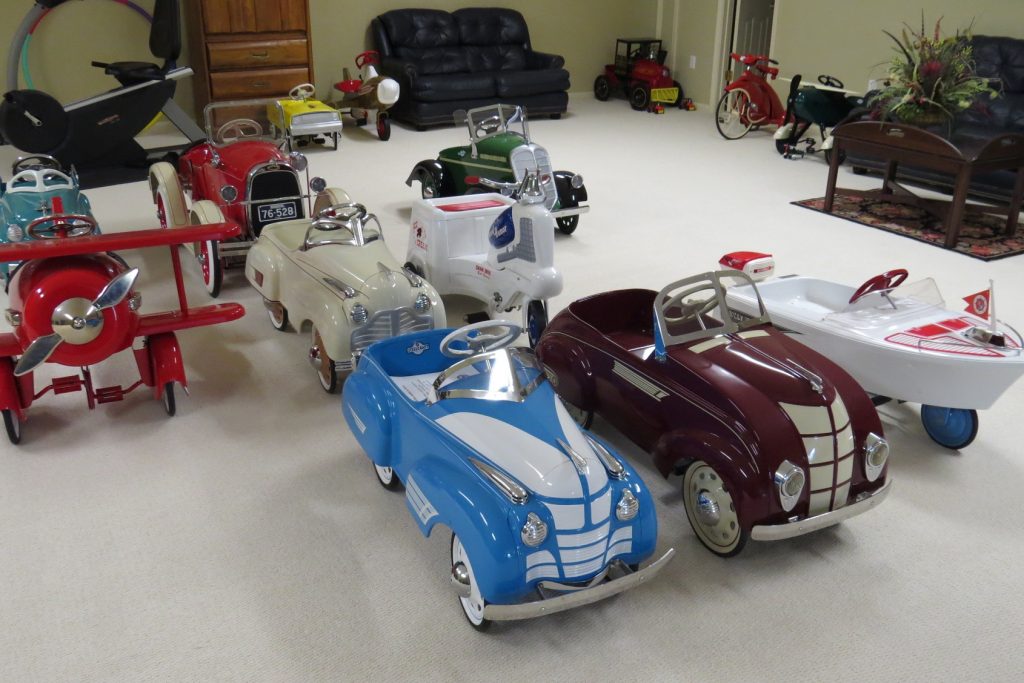 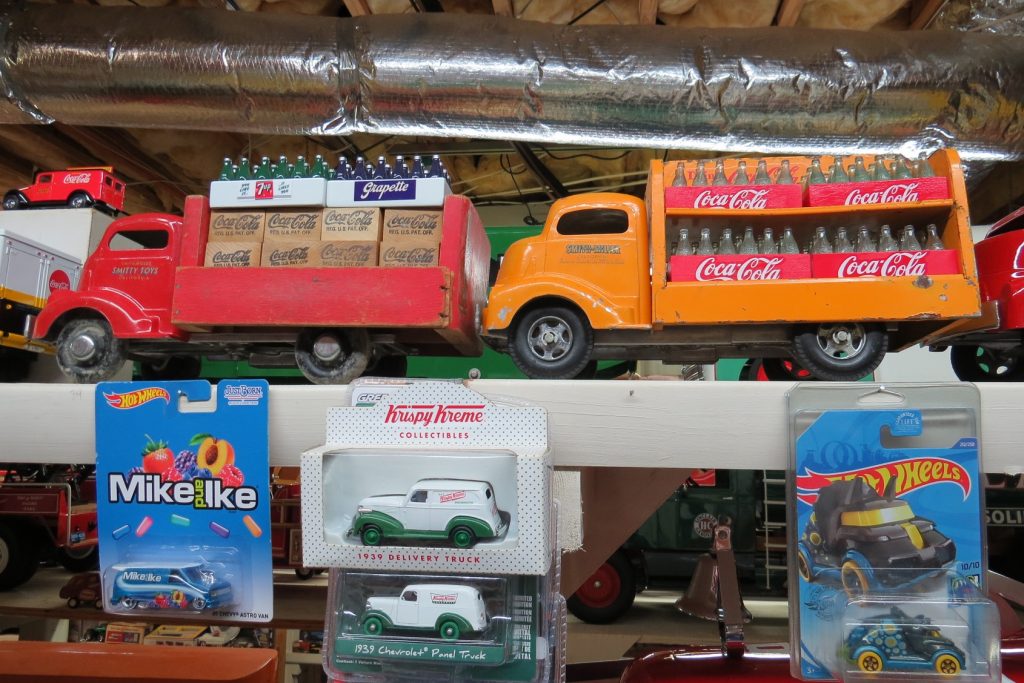 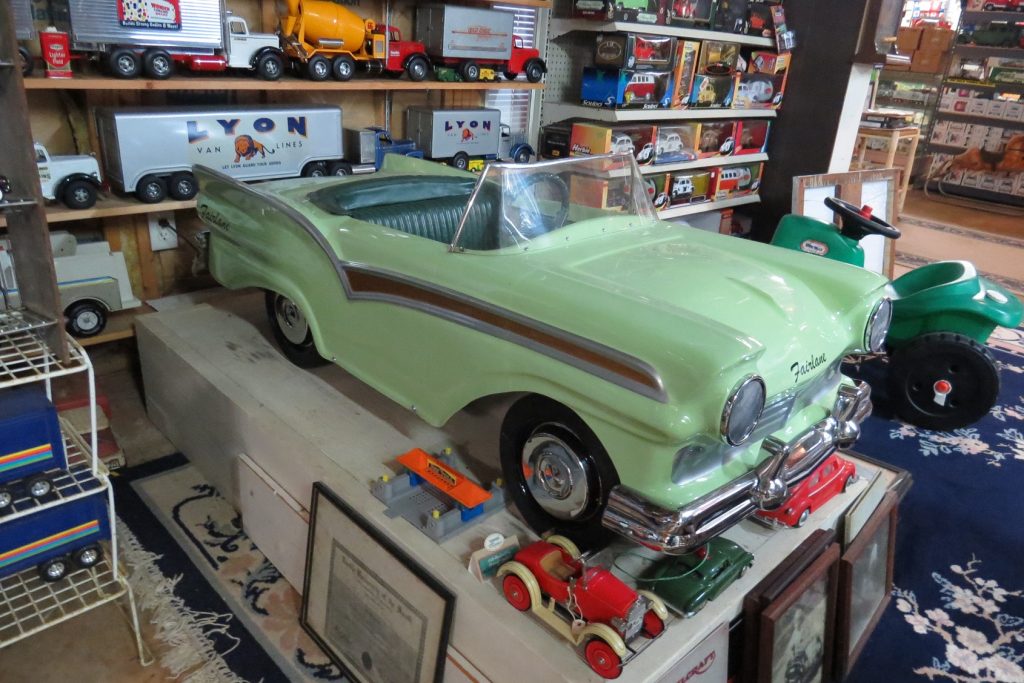 “In the 1940s, Smith-Miller began making replicas of trucks for salesmen to take on the road,” Cannon explained. “Rather than taking a big truck on the road, you could take one of these replicas to use to sell to your customers.”
Smith-Miller closed in the 60s, then about 20 years later a California collector named Fred Thompson visited the facility and found parts for toys still sitting on conveyor belts. Thompson bought the facility and started production again in the 80s.

Then there are toys made by Ed and Ken Kovach of Mulberry, TN. The father-son duo began producing prototypes for Hallmark in the early 90s, with Kovach cars serving as the inspiration for many of Hallmark’s Kiddie Car Classics.

“The quality of the work that they do is unsurpassed by anybody,” Cannon said. “I actually drove up to Mulberry about four or five years ago. I had to see firsthand what they do. It was intriguing just to be there and see what they do to make these toys.”

A rare Kovach collectible is a prototype of a delivery bicycle with cooler made for the Coca-Cola Co. There are only three in existence. One is in the Coca-Cola Museum in Atlanta, one is owned by a collector in Elkin, NC and third is in Cannon’s collection. 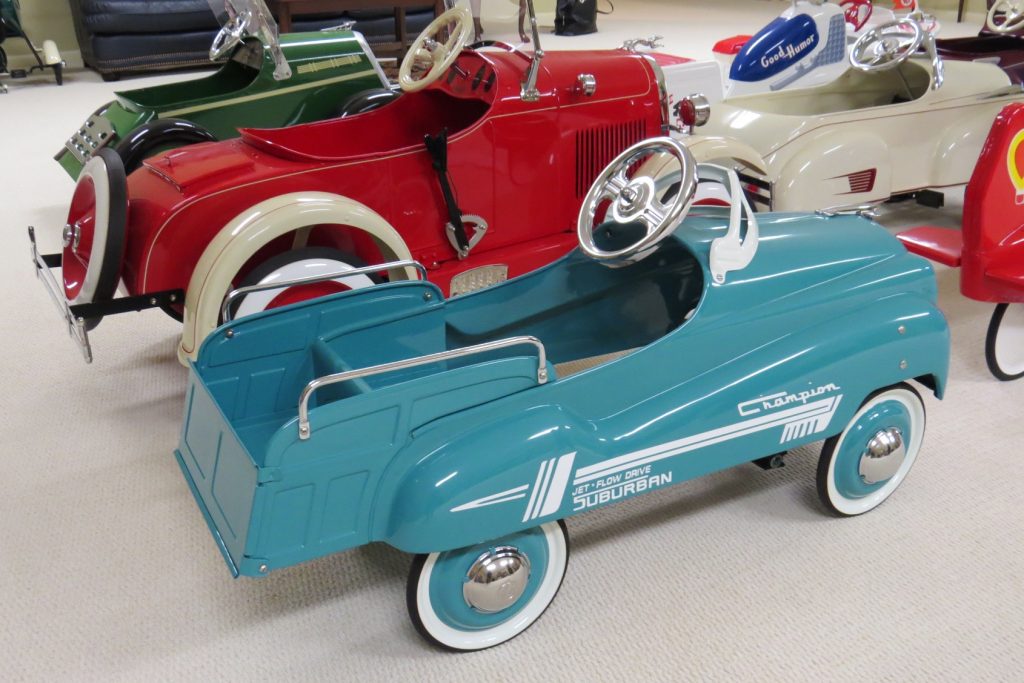 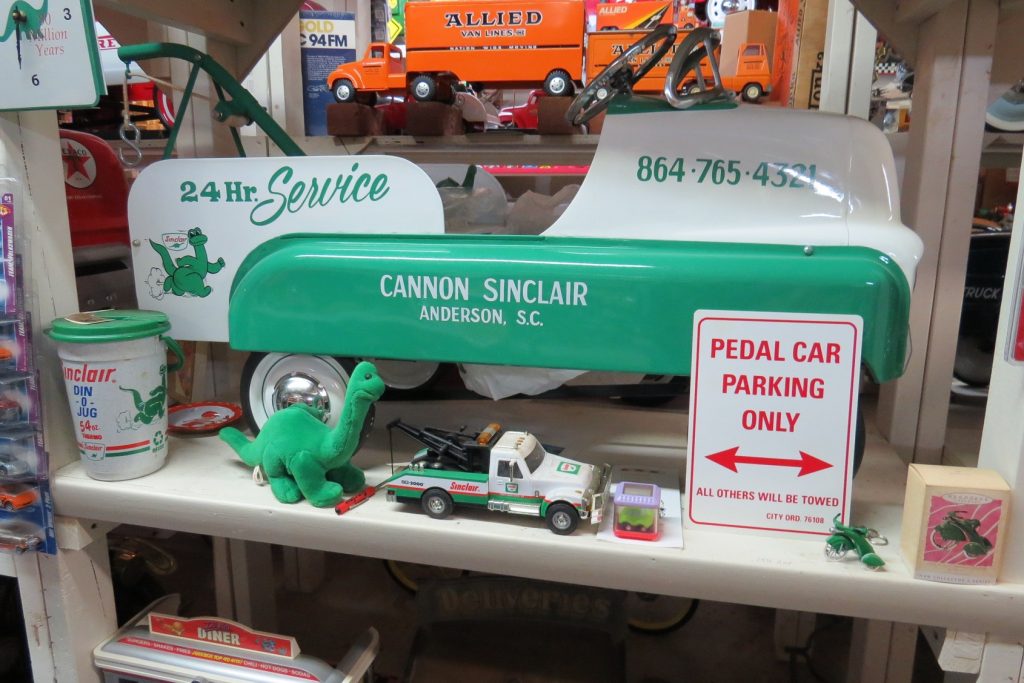 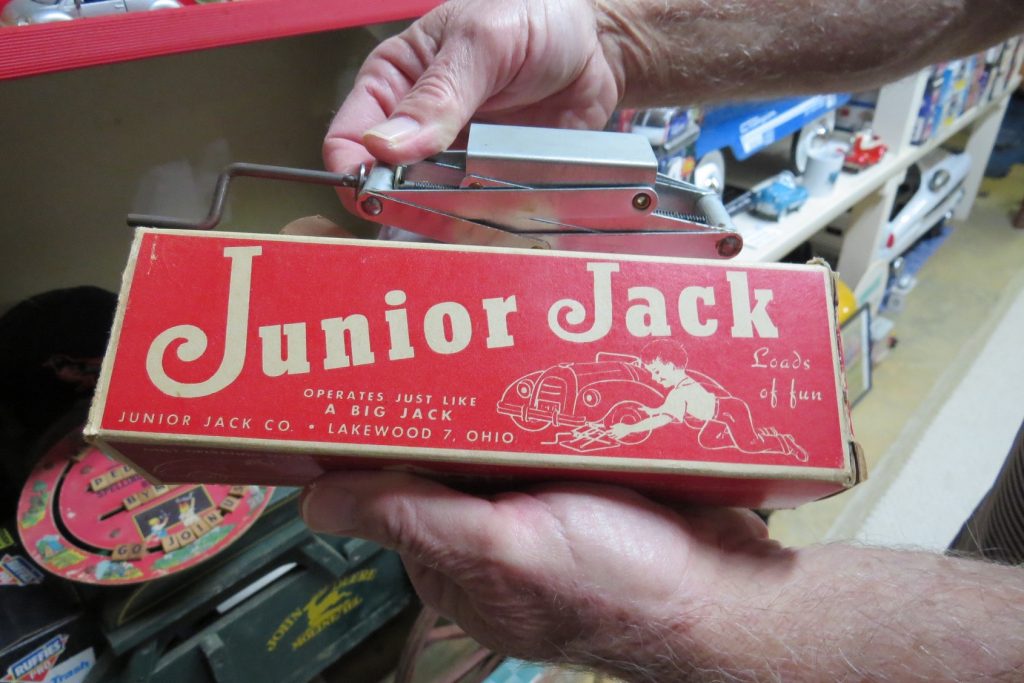 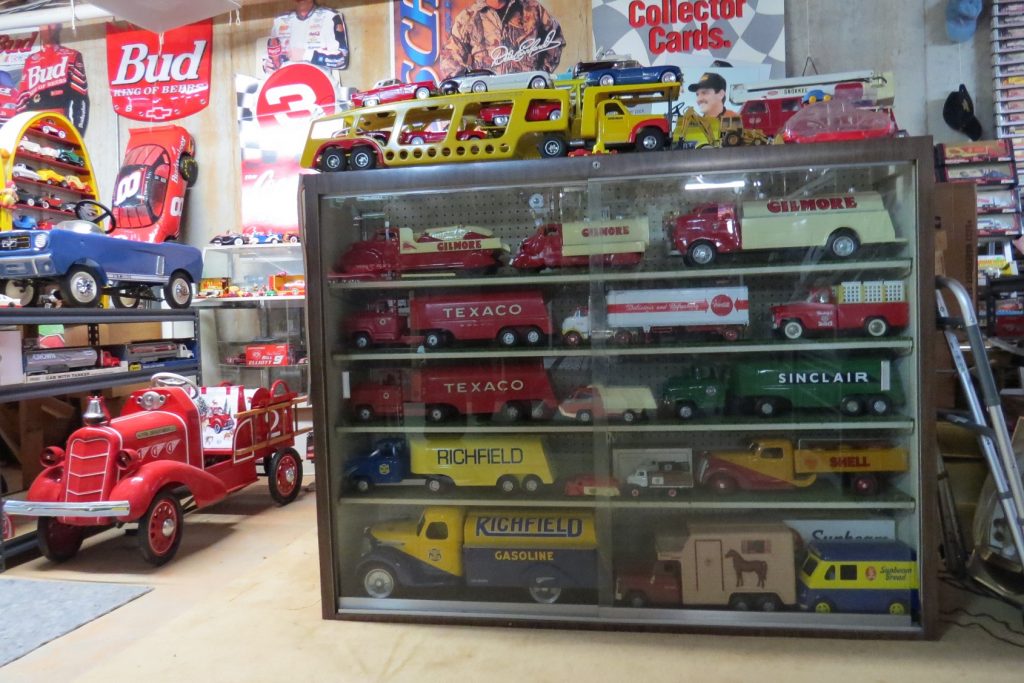 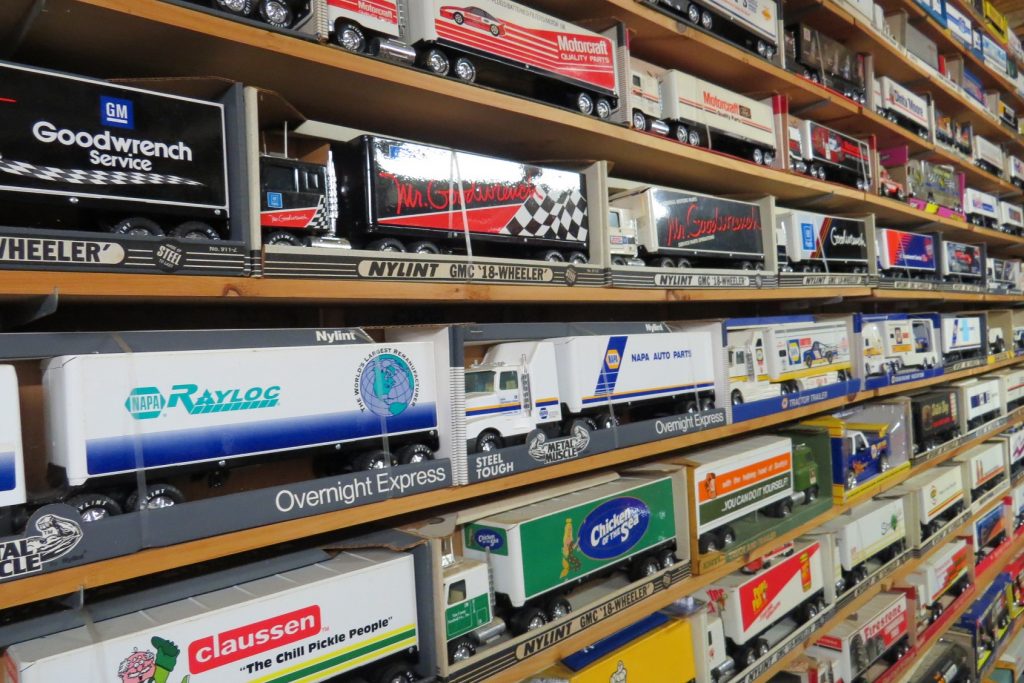 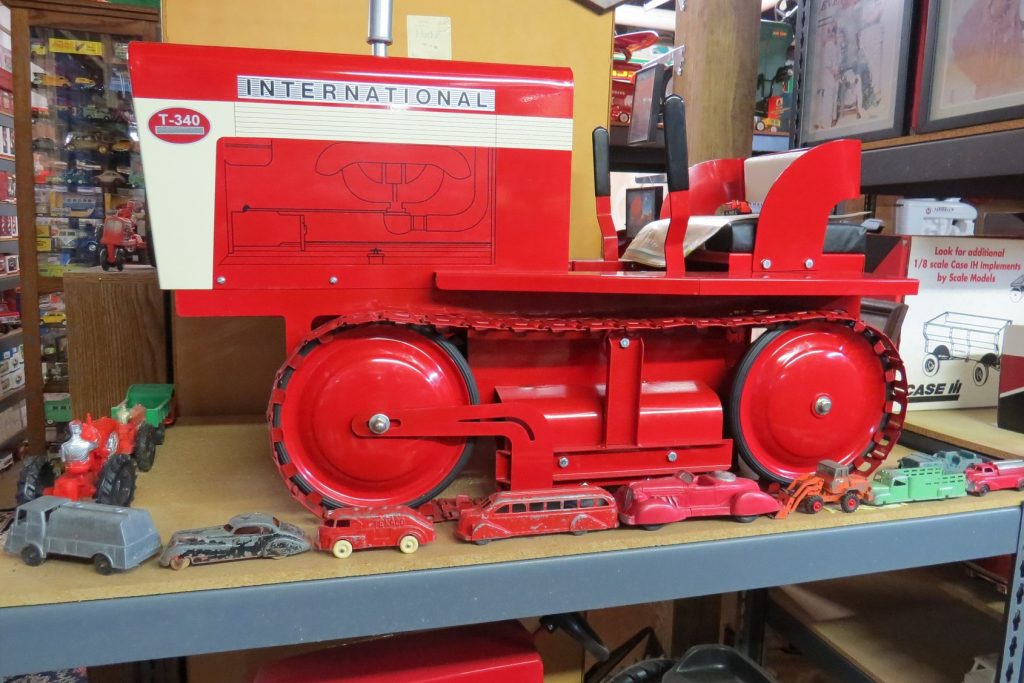 With so many toys, it’s hard to imagine that Cannon could pick a favorite but that’s easy, he says.

Made for a Ford dealership in Missouri, Cannon spotted the front end of the pedal car as it was being taken off a truck at a toy show in Tennessee.

“I bought it before they could get it off the truck,” he said. “I had it restored and painted exactly like the car my Dad had when he died in 1966.”

And with every make and model imaginable, it’s hard to believe there could be anything missing from Cannon’s pedal car collection. But there’s one last toy Cannon dreams about.