If you’ve been in the Upstate for a while, you remember that opening line from a television commercial that aired for years promoting local furniture store Maynard’s.

Al Maynard opened Maynard Furniture Company in Belton SC in 1947. Today, the Anderson County retailer has stores in Belton and Piedmont and has welcomed a third generation of Maynard’s who continue to exude the customer service that has kept the independent business going and growing for 75 years.

“My grandfather – entrepreneur and visionary that he was – he was one of the first Mom and Pops to advertise or be on TV,” said Alderman Maynard. “He saw that as a way – back in the 50s – to reach a broader market, being in the small towns that we were. And he came up with it, ‘Hello nice people.’”

But it was Rex Maynard, the founder’s son who took over the business in 1977, that made ‘Hello, nice people’ synonymous with the family-owned brand.

“My Dad was really, really, really well known for ‘Hello, nice people,’” Maynard said. “We still have people that come in every week talking about ‘Hello nice people.’ “It really goes back to our customer service and how customers want to be treated and how we treat our customers. It’s just our mantra.”

Surviving 75 years is an accomplishment for any business, especially one that started out selling furniture at a time when very little new furniture was being made.

Maynard’s of Belton opened at the end of World War II when reusing and recycling was a part of everyday life. The only new furniture produced during the war came under a government rationing program, so Maynard initially repurposed old furniture pieces to sell in his store. 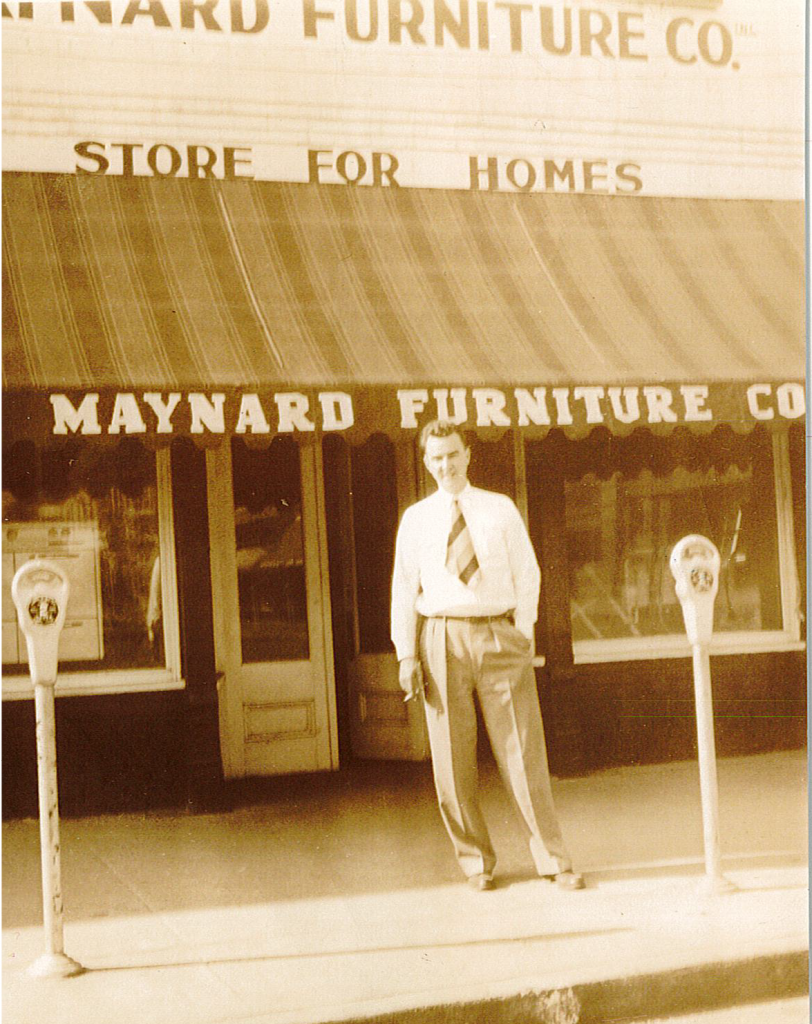 Al Maynard opened his furniture store in 1947 on the square in Belton SC. 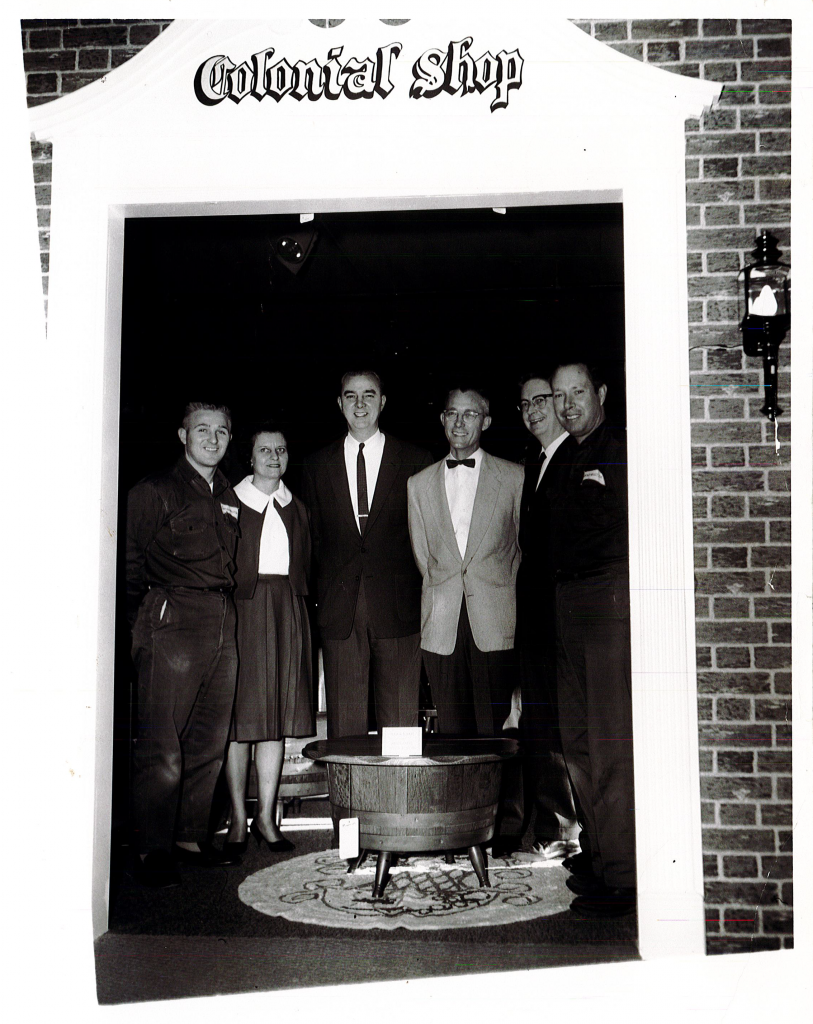 The staff of Maynard’s Furniture Store. 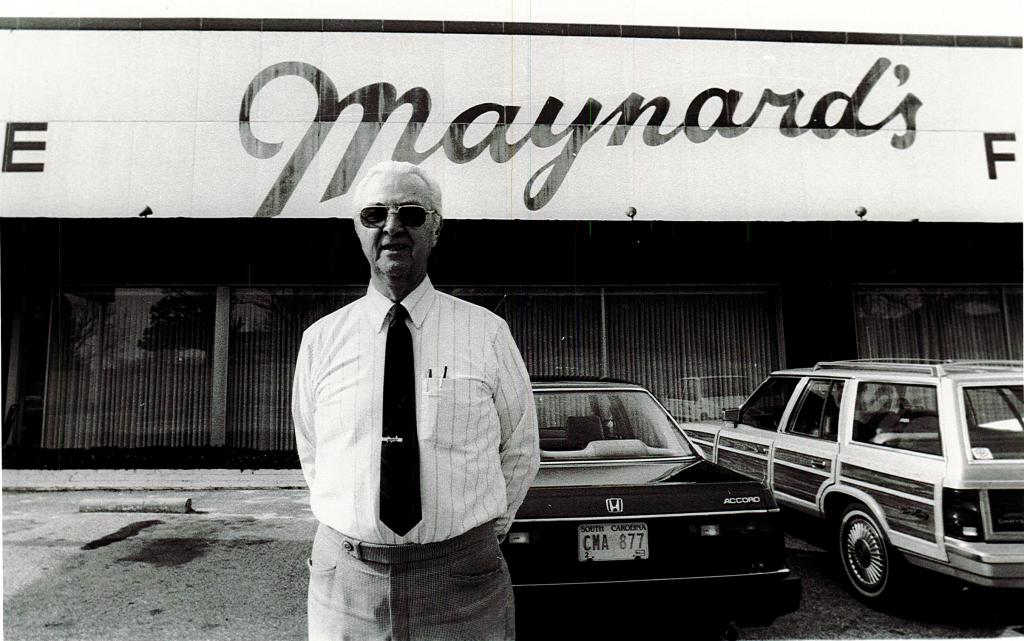 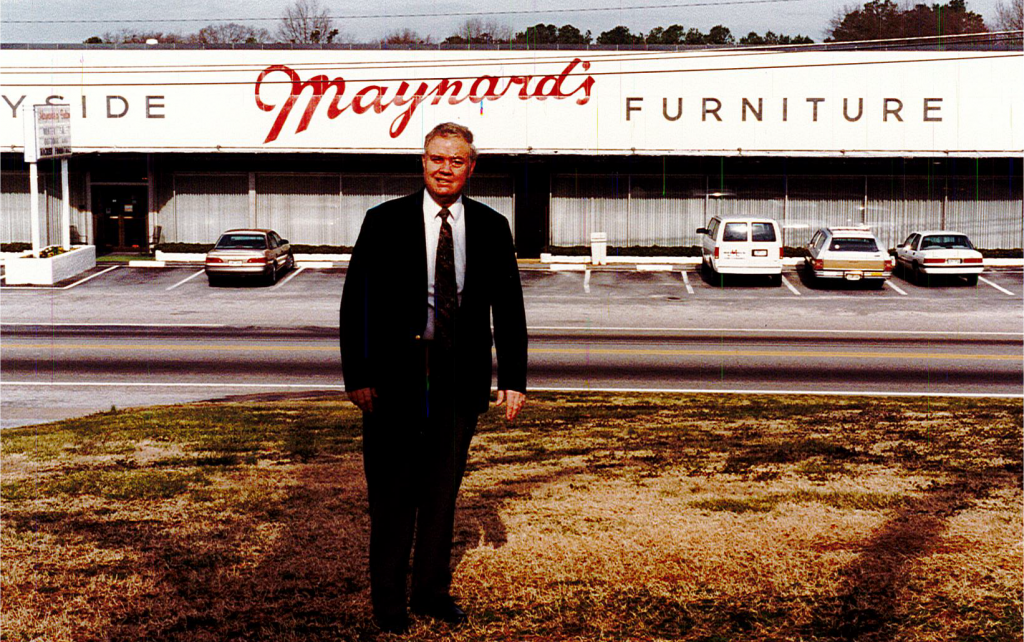 Rex Maynard in front of the Belton store.

After more than 50 years in business, the company had established a loyal customer base in areas like Anderson, Clemson and Seneca. So, in 2001, Maynard’s opened a second store along Interstate 85 in Piedmont to help gain a share of the growing markets of Greenville, Easley, Simpsonville, Mauldin and Fountain Inn.

Maynard is quick to credit his employees for the company’s success over the years, pointing to the personal touch of a family-owned business that treats customers like family.

“Our customers constantly come back looking to get assistance from a specific person,” Maynard said. “Our furniture is beautiful, we’re dealing with the best lines in the industry, but really (customers) come back to get that personal touch.” 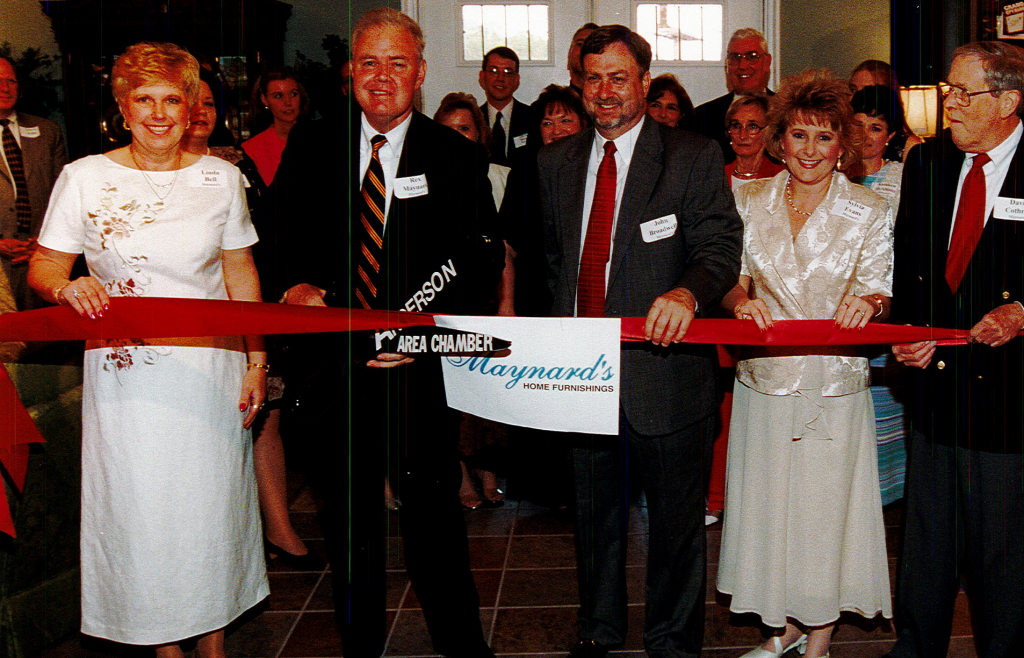 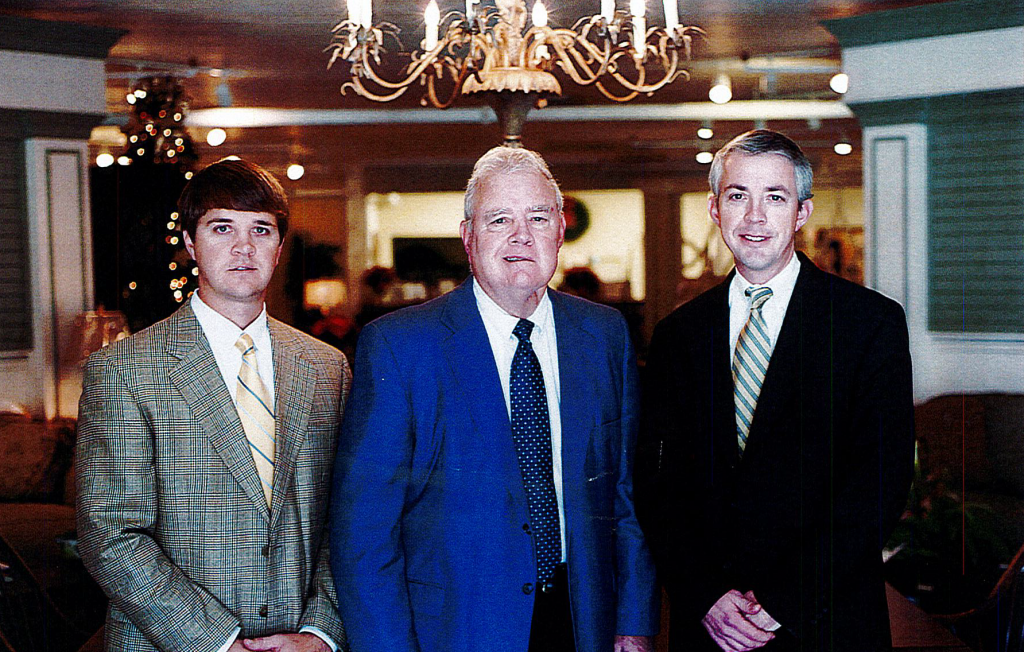 Over 75 years, Maynard’s has seen its share of economic ups and downs, most recently the impact of a worldwide pandemic. But today, Maynard’s has more inventory than it has in the past two and a half years. In addition to popular brands like La-Z-Boy, Barcalounger and American Drew, Maynard’s carries several custom upholstery lines such as Smith Brothers of Berne, IN and King Hickory of Hickory, NC.

“When the pandemic set in, lead times got really, really crazy. Custom upholstery – if you want to order it in your choice of fabrics, it’s going to take you probably anywhere from 10 to 12 months. It’s just taking a really long time. Furniture stores that are still holding their own right now, that are doing good, are stores that have inventory in stock, and we sell off of our floor.”

From the sale to delivery, Maynard’s goal is for every customer to have a great experience. And that, he believes, separates his home-grown business from big box retailers.

“From my Dad who is still working, and my brother who’s in the business, we’re here all the time. We’re present in the store each and every day and love going out and talking to customers when they’re in the showroom. I think the customer appreciates that, and we appreciate the customer. That’s what it all comes down to.”