The name is a play on words that the owners of Anderson’s newest brewery hope will pull customers in for a true Southern experience.

“Of course, magnetic north is true north, magnetic south is true south,” explained Paul Cain, one of three owners of Magnetic South Brewery, which is scheduled to open in the old Bobby Johnson Foods on North Main Street in downtown Anderson.

“The beautiful places in South Carolina, from the coast to the mountains and everything in between, great climate, friendly folks, Southern hospitality, a lower cost of living and all of those other economic things make it attractive and magnetic,” Cain said.

The 10,000-square-foot building at 115 North Main will be the company’s first production brewery and an anchor for the North Main Development at Calhoun Street, a public-private partnership of the City of Anderson and McCoy-Wright Commercial Real Estate. An eatery is planned north of the brewery, with retail and residential space planned to the south at what is now The Den. A public plaza will be built on what now is a parking lot in front of The Beehive Gatherings & Gifts.

“Anderson has made a concerted effort – in fact, I think they’re a model much like Greenville – to draw businesses and residents back into downtown,” Cain said. “Anderson is doing some awesome work with their downtown redevelopment plan and they’re giving some incentives to small businesses. 10:08 I’m really excited. I think that this downtown area is going to continue to grow and blossom.”

Cain met his business partners, Adam Willier and Tanner Coombs, through mutual friends. Their love of craft beer and an appetite for entrepreneurship led them to form Magnetic South. Willier, who hails from New Hampshire, is the brew master. Tanner, a native of West Virginia, brings a financial background to the partnership. And Cain, the South Carolina native, adds practicing attorney to the mix.

The group had plans to open their first brewery in another location last year, but the coronavirus pandemic had other plans.

“I think we got kinda lucky,” Willier said. “We were planning on opening last year in another location. COVID hit and slowed us down, so thank God we didn’t open because who knows if we would have made it like so many other small businesses. It gave us an opportunity to look at what we can do different now, knowing the COVID protocols that are in place.” 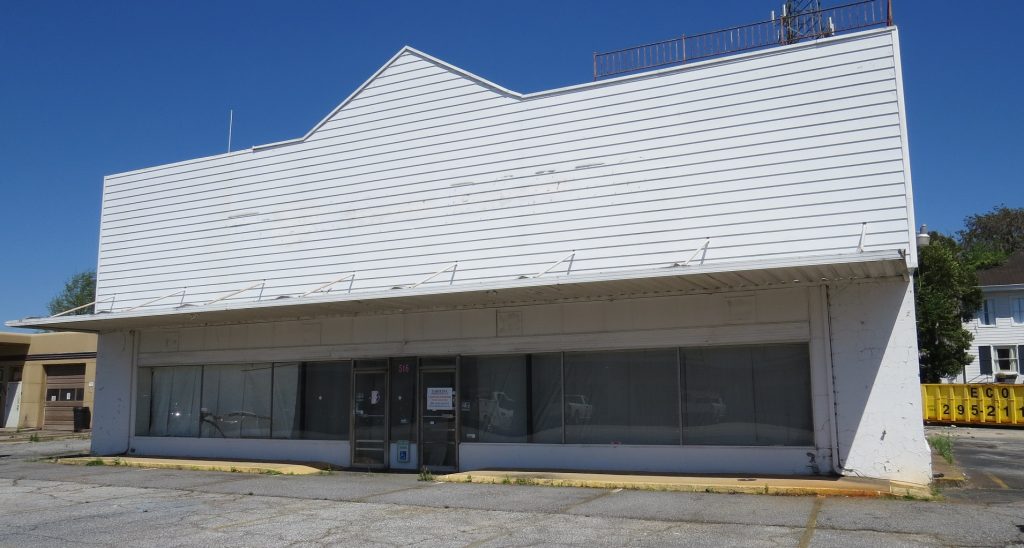 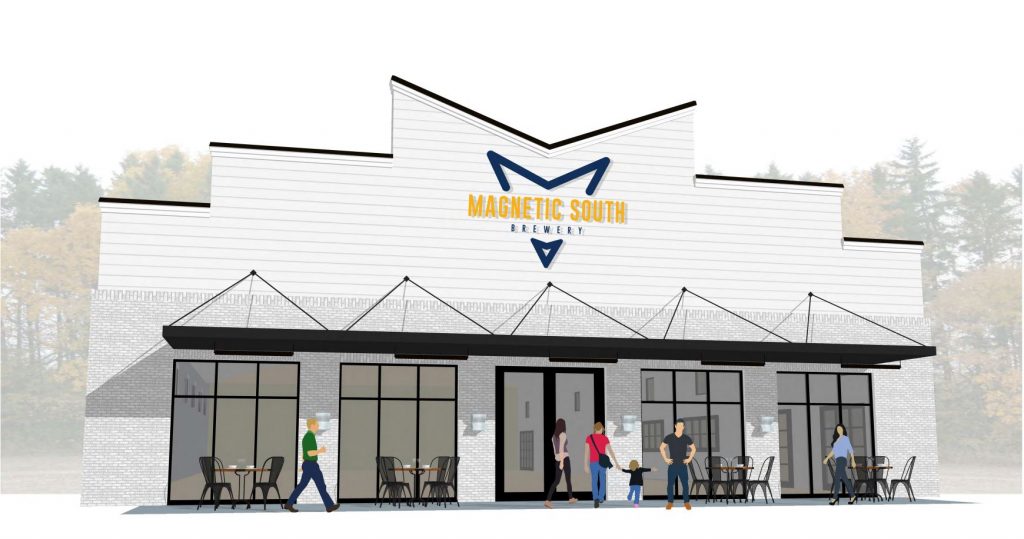 Magnetic South Brewery will feature a spacious indoor area where people can spread out and a large outdoor area where customers can order from windows and sit in the beer garden.

“We’re going to definitely try to keep the outdoor thing going,” Willier said. “It’s nice enough in South Carolina where 10 months out of the year, almost, you can be outside and enjoy the outdoors, as well as having enough space inside with everyone spread out and keep some of those things in place for a while.”

The owners describe their new brewery as neo-industrial space that highlights the building’s wood ceiling and exposed brick. Roll-up doors will be added to the plaza side of the building that, along with existing glass across the building front, will provide an abundance of natural light.

Beer selections will include something for everyone, from clean and hazy IPAs to pilsners and German style beers. Magnetic South also will serve ciders, hard ciders, seltzers and wines from several South Carolina cideries and wineries. An in-house kitchen will prepare quick Southern-style snacks that the owners call “approachable.”

“We don’t want people to feel that they need a culinary degree or a brewer’s degree to enjoy coming here,” Paul said. “That’s what Magnetic South embodies. Everybody’s welcome.”

John Wright Jr., president of McCoy-Wright Inc., calls Magnetic South Brewery the anchor for the North Main Development at Calhoun Street project, a public-private partnership of McCoy-Wright and the City of Anderson.

“The ability to have someone like Magnetic South to anchor the development is a really great opportunity,” Wright said. “Then, the addition of the micro retail and the residences is really going to have a true live, work and play feel which is something that we’re lacking in Anderson right now.” 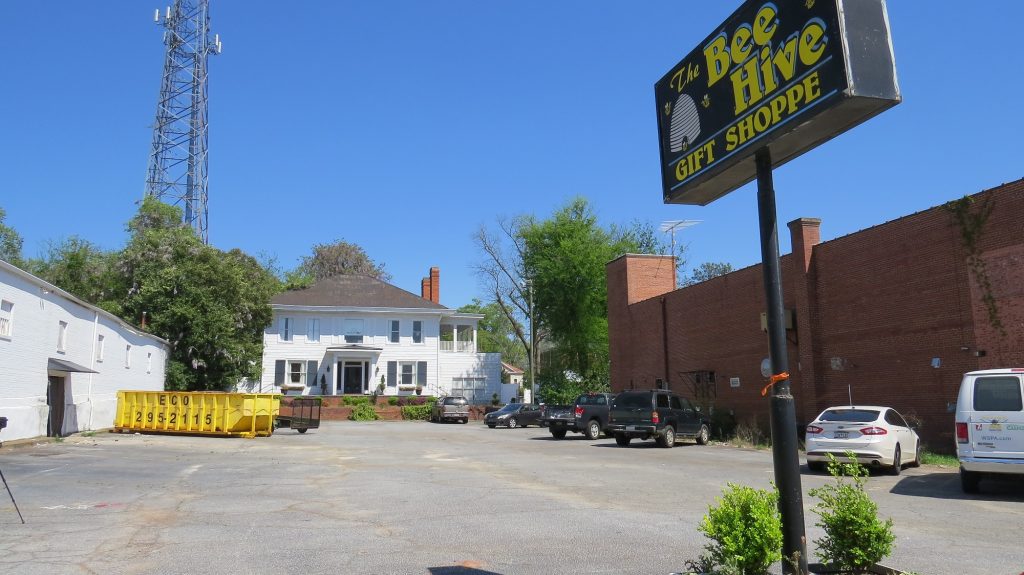 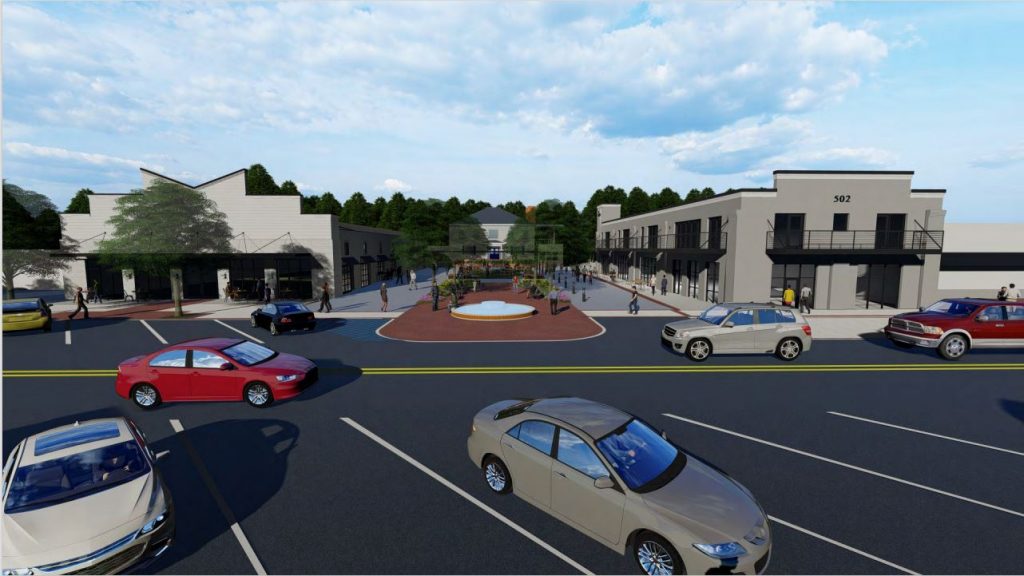 With a nostalgic nod to the old Bobby Johnson Foods that was originally an A&P Grocery, the pedestrian plaza built next to Magnetic South Brewery will be named A&P Plaza, Wright said.

Retail space developed on the lower level of what is now The Den will be called The Shops at A&P. The existing building will house four retail spaces on the ground floor and four one- and two-bedroom apartments on the upper level, each with a private balcony overlooking the pedestrian plaza, according to Wright.

Brewery owners say they are working toward a Sept. 1 opening to coincide with the start of football season.