Chuck Chapman has worked on films with Clint Eastwood, Michael Keaton and Hugh Jackman. Now, the Easley SC resident is ready to debut his own full-length film – one that he’s written, produced and stars in.

He Drives At Night, a serial killer thriller starring several area actors, will make its red carpet movie premiere at Camelot Cinemas in Greenville on Tuesday, October 22. Filmed almost entirely in Greenville, Easley and Anderson, He Drives At Night is a six-time film festival selection and has won four film festival awards for best Horror/SciFi Genre and one award for Best First Time Director. The Tuesday night premiere will be the film’s first public showing.

Chapman stars in the film alongside Butch Patrick, who played the role of Eddie Munster in the 1960s hit television show The Munsters. The movie also stars Upstate actor and author Chad Dudley and popular Upstate radio personalities “Twisted” Todd Holcombe and Paige Loskoski from 93.3 The Planet and Anne Robards from WORD 106.3.

In He Drives At Night, Chapman plays the role of Hal Warren, a hack writer who once penned a true crime novel that he thought nobody would read. But the wrong somebody was impressed by it. Now, a man known as the Chaos Killer wants Hal to write his story – in real time.

Based on a true story and ripped from today’s headlines, He Drives At Night is told from the point of view of the killer and the man he is blackmailing to write his story. 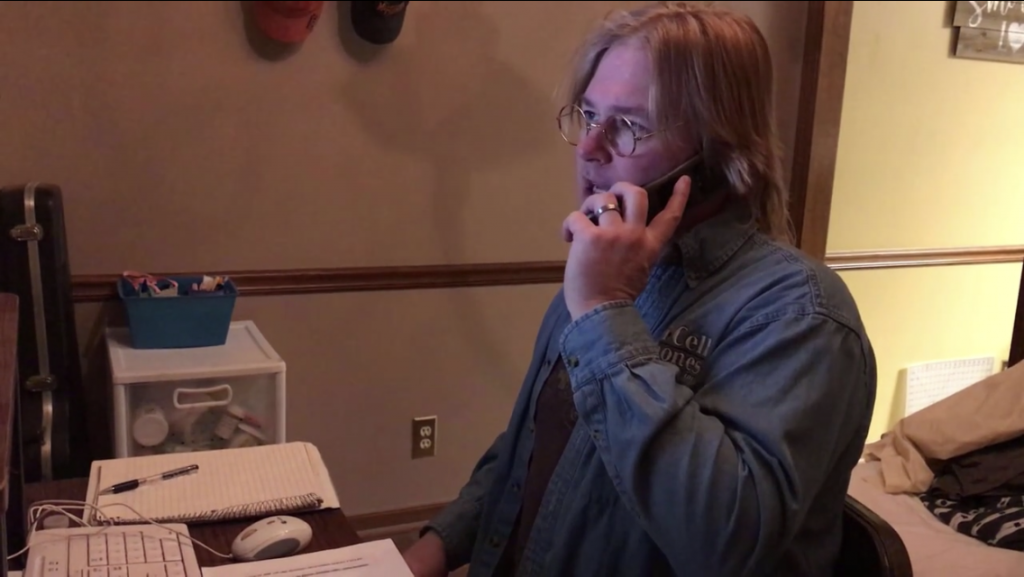 The entire film was shot with an iPhone 8, with natural sound and light, Chapman said.

“We intentionally restricted the way we shot the film so it would be more authentic from the characters’ perspectives,” Chapman said. “The Chaos Killer is blackmailing Hal Warren to record his trip of terror in real time, and the film reflects that.”

Chapman describes the film as a character study in horror and insanity, and an edge-of-your-seat thriller.

What:  He Drives At Night red carpet movie premiere

Admission:  $5.00. DVDs, t-shirts and posters will be available for purchase.