Live music is back in the Burg

After a year of the sound of silence, live music is back in The Burg. From Sunday Songwriters at Delaney’s to live performances six days a week at the FR8Yard, area residents are once again gathering to support the local music scene.

Livin’ Upstate caught up with The Millwrites on a recent Saturday afternoon at the FR8Yard where an art market and live music made it seem like old times.

Named for the mill town they represent and the original music they write and perform, The Millwrites features Roy McBee Smith Jr. on lead guitar and vocals, Scott Scheel on acoustic guitar and vocals, John Moseley on bass and Brandon Kimbrell on drums.

Comprised of an IT professional, a software developer, a sales professional and a continuous improvement specialist, The Millwrites has evolved over the past two years into true singer-songwriters.

“We originally started playing cover songs and really couldn’t come up with a good list, so we started writing our own songs and we’ve never looked back,” said Smith.

With a list of 30 original songs and growing, The Millwrites describe their music as smooth Rock, with a little bit of Blues thrown in. They’re becoming regulars at FR8Yard, RJ Rockers and Drayton Mills in Spartanburg and have a gig booked at Green River Tavern in Columbus, NC on May 8. 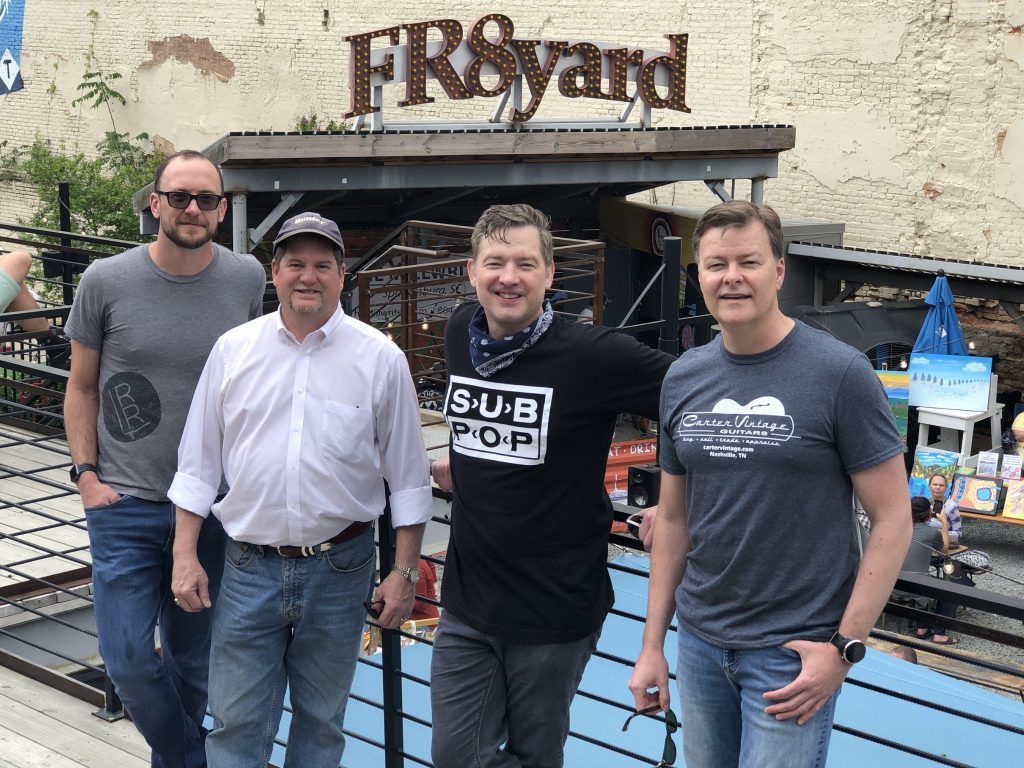 “John and I had a lot of learning to do,” Kimbrell admits about playing original music. “You’ve got two different writing styles with the way Scott writes and the way Roy writes. It’s nice, and challenging, as a musician to switch up your styles.”

Scheel, the continuous improvement specialist, adds that The Millwrites’ music continues to evolve.

“There’s a maturation process that takes place,” Scheel said. “We just want to play and play, and you get better when you play. Let’s have fun and play some music and if people like it, then awesome. We’ll be excited about that.”

For a lineup of live music coming to the FR8Yard, visit FR8Yard.com.