Greenville ranked in Top 10 Best Places to Live in the U.S. by Livability 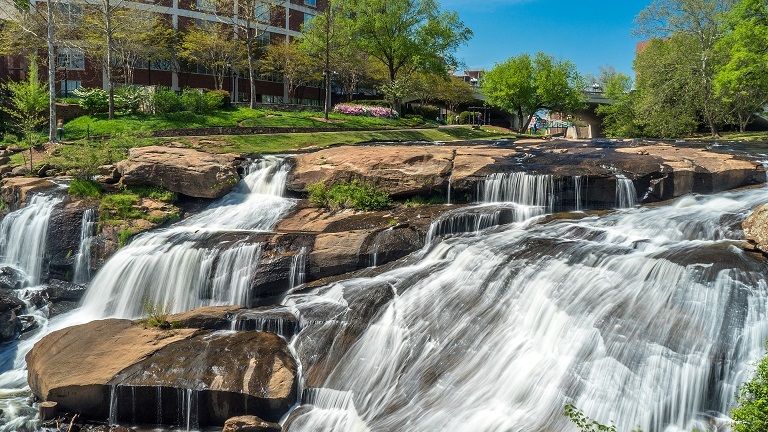 Greenville is the 10th best place to live in the United States, according to the 2019 Top 100 Best Places to Live published by Livability.com.

Rankings are released for a range of topics including best small towns, best college towns and the annual Top 100 Best Places to Live.

In the ranking, Greenville is called a “major foodie city”, citing tours dedicated to the city’s culinary all-stars such as BBQ Trial, Breakfast Tour and International Coffee Course.

Downtown Greenville was cited as a premier destination for dining, shopping and entertainment.

The ranking also mentioned Furman University and Bob Jones University as well as cultural amenities like the Greenville Zoo and the Greenville Drive, a Class A affiliate of the Boston Red Sox and a member of the South Atlantic League.

A favorite weekend activity in Greenville, according to Livability, is exploring Greenville’s Historic West End, including a walk on Liberty Bridge and lunch at Passerelle Bistro.

Nearby Asheville, NC ranked #14 on the Top 100 Best Place to Live, with Livability editors calling it the world’s only Foodtopian Society and a city boasting more breweries per capita than any other U.S. city.

Three other cities in North Carolina made the list: Charlotte at #21, Durham at #23 and Greensboro at #51. The top city on the list was Boise, Idaho.

Using a proprietary algorithm to calculate a LivScore, Livability.com analyzes more than 40 data points grouped into the categories of amenities, demographics, education, economy, healthcare, housing, social and civic capital, and transportation and infrastructure.