But the longtime soccer player wasn’t working on her instep or outside kick. She worked on consistently splitting the uprights – err, trees – on her way to a tryout for placekicker on the junior varsity football team at St. Joseph’s Catholic High School in Greenville.

“When I was in seventh grade, my brother was in ninth, and I came to see a football game,” said Lily, 15, now a high school sophomore. “The varsity team had a female kicker named Jane (Cajka) and I was just blown away. Ever since then, I wanted to be like her, so I got really excited when I made the team.”

Lily had her biggest night of the year on Oct. 22, recording seven kickoffs and four PATs as St. Joe’s defeated Landrum 40-16. But she earned her stripes during the first game of the season after she popped up and ran off the field after being tackled.

“We had a bad snap that went over the holder’s head,” Lily explained. “I was just in the moment, so I caught the ball. I didn’t know what to do so I just handed it off to the holder who almost got in for a two-point conversion. I got tackled pretty hard at the end of the play. Ever since then, when I get hit in soccer, it’s not that bad.”

A soccer player since the age of 3, Lily is a member of Carolina Elite Soccer Academy’s 05 girls travel program and will play on the girls’ varsity soccer team at St. Joseph’s in the spring. But her dream of following in Jane Cajka’s shoes was something Lily was determined to pursue.

For Michelle Viglianco-VanPelt, Lily’s mother, games can be nerve-wracking, especially after that first-game tackle. But Lily’s parents are allowing their daughter to live her dream.

“Ironically enough, I’m a pediatrician and I’m not a big fan of kids playing football,” Dr. Viglianco-VanPelt said. “I have two boys and a girl, and I said that none of my kids would ever play football. But Lily’s kind of always done what Lily wants to do from a very young age, and she’s very determined. She decided that this was her dream and it’s kind of hard to stand in the way when you see your girl doing something she loves and working toward a goal.”

For Lily, playing football is about doing something she loves, but it’s also about breaking stereotypes. After all, how many girls are on the homecoming court and the football team? 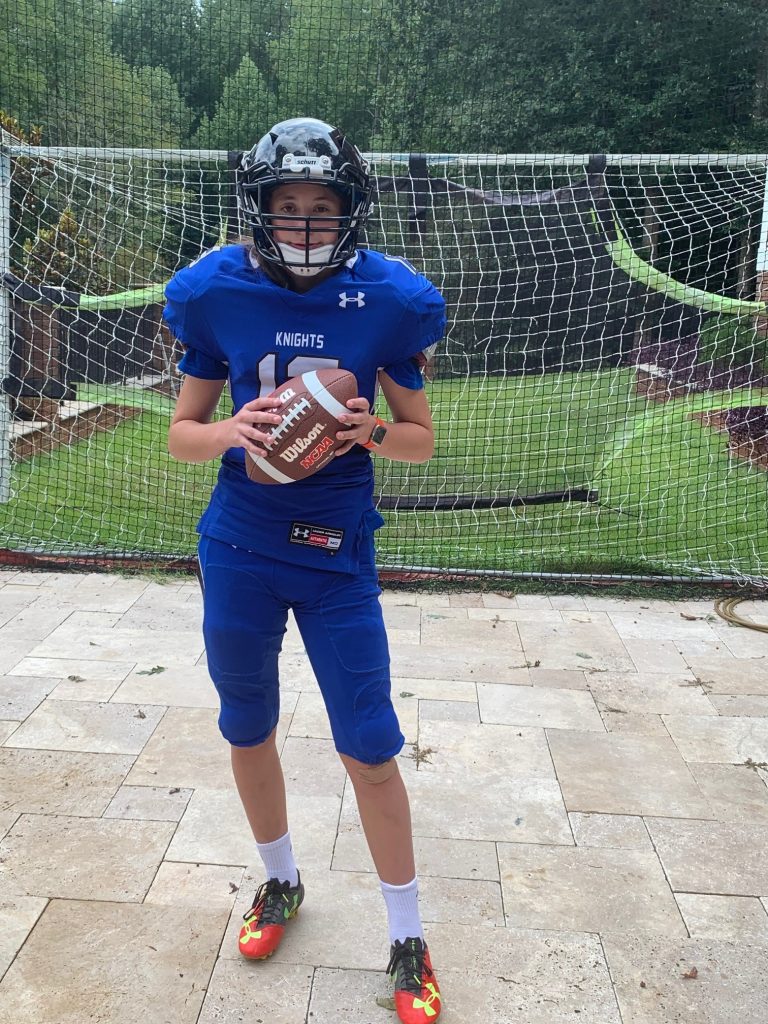 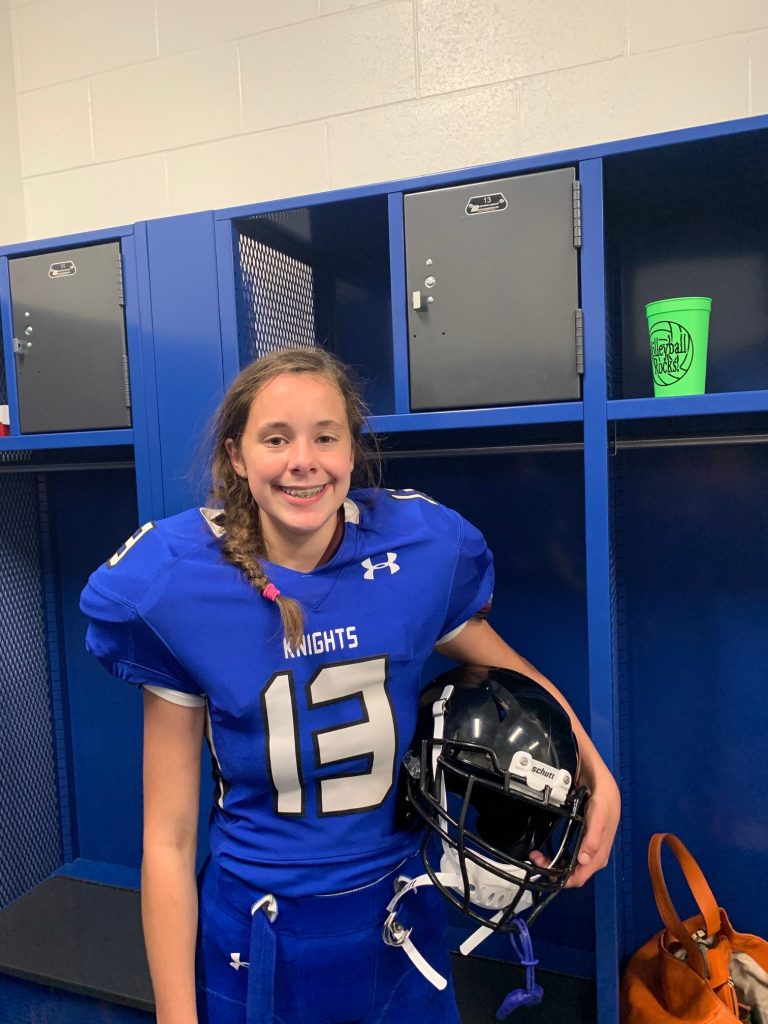 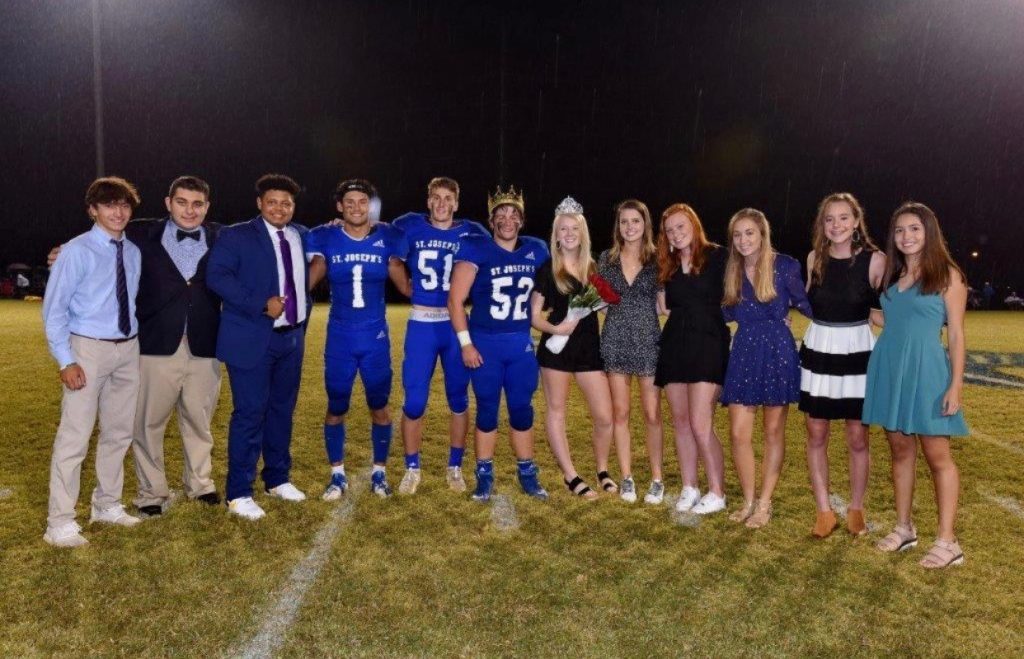 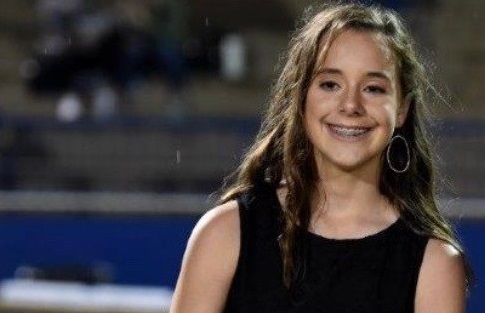 “The way I saw Jane, I hope that girls see me that way,” Lily said. “I hope to inspire other people. No one can tell a girl she can’t play football. She can do anything she wants if she’s doing what she loves.”

Lily will be on the football field once more this season when St. Joseph’s travels to Christ Church Episcopal School for a November 5 matchup. And she plans to pursue placekicking duties again next year.

“When I first started, I thought I was really good, but I was not that good,” Lily admits. “I barely kicked it in the air, and just seeing the progress, it motivates me so much. If I can go from there to here, how far can I get? Every time I kick it through, it feels so good. My hard work has paid off.”