If you want to take a scenic stroll or a beautiful bike ride not far from the city, Lake Conestee Park Nature Preserve off Mauldin Road is the perfect place.

With approximately 400 acres of natural habitat along the Reedy River, the preserve is just 2.6 miles from downtown Mauldin SC and only six miles south of downtown Greenville.

Those who’ve been in the Upstate a while will know the park’s location as the former site of Greenville Braves stadium. Now Conestee Park, the site is part of Greenville County Parks, Recreation & Tourism and offers baseball fields, playground, shelter, dog park, walking trail and community garden.

The park’s nature preserve, owned and managed by the nonprofit Conestee Foundation, has six miles of natural surface trails, six miles of paved trails and about 4,000 linear feet of boardwalks and bog walks. 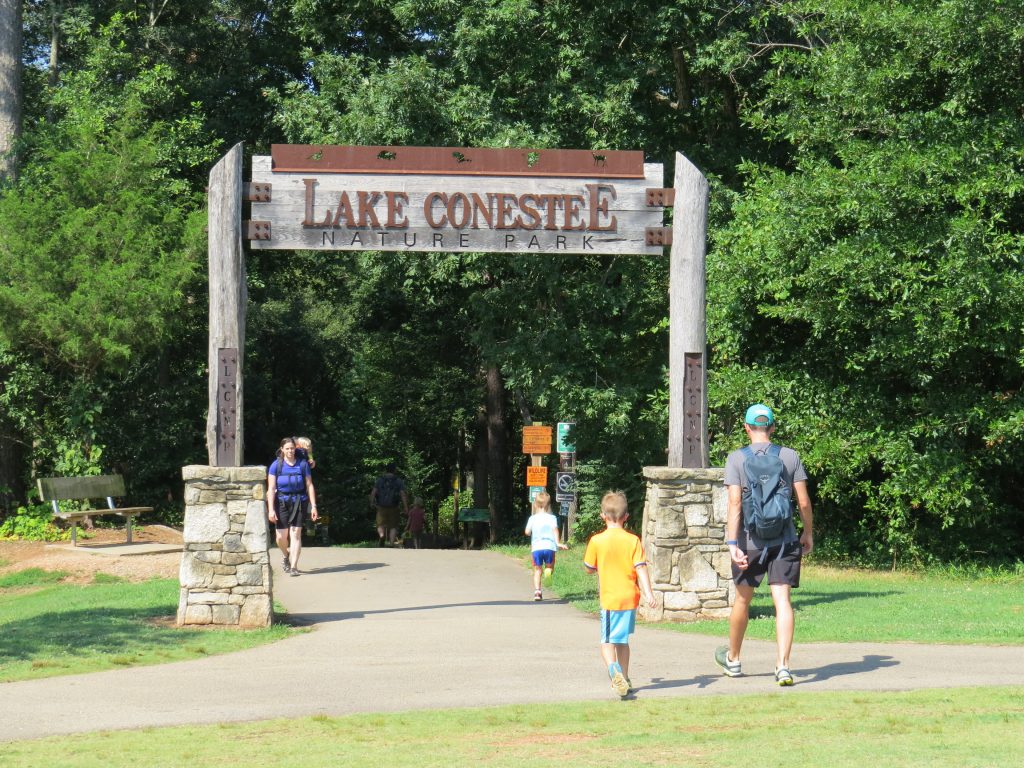 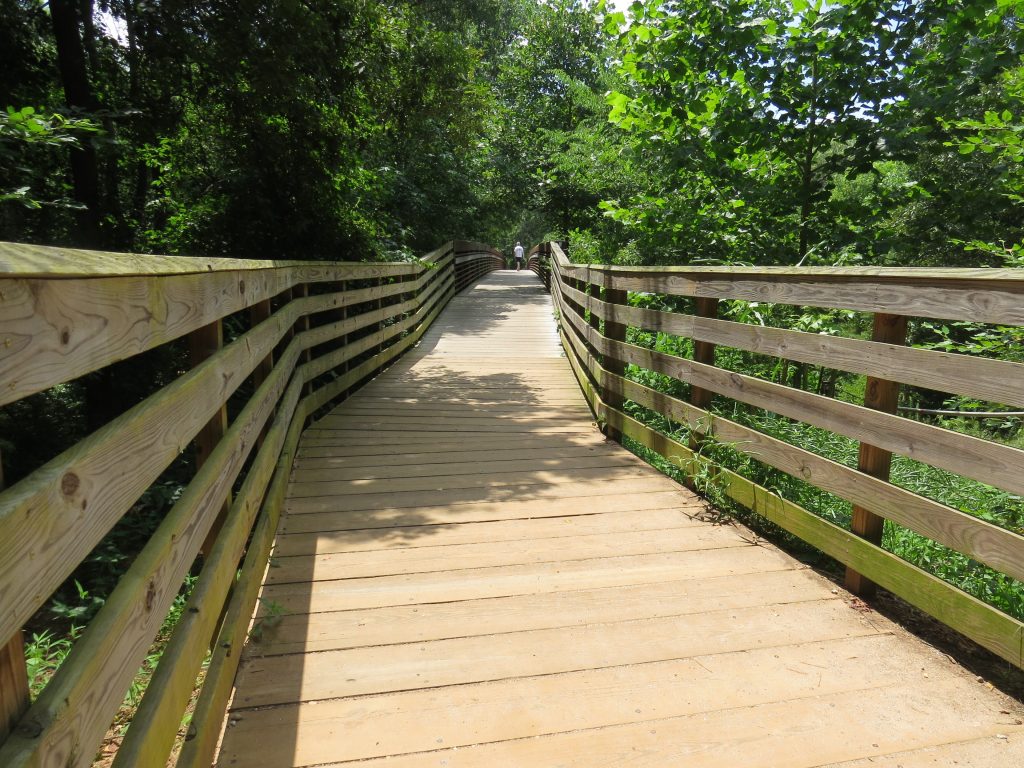 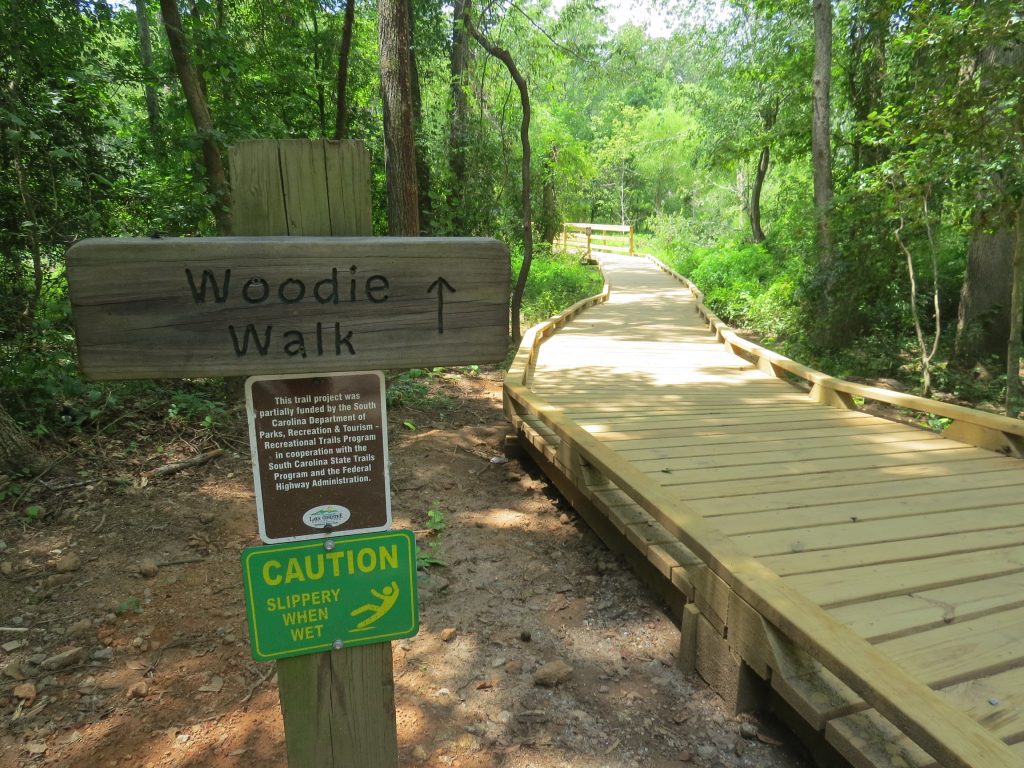 A paved trail through the preserve connects Conestee Park to Conestee Mill on Spanco Drive. Closed in 1972, the mill was placed on the National Register of Historic Places in 2014. 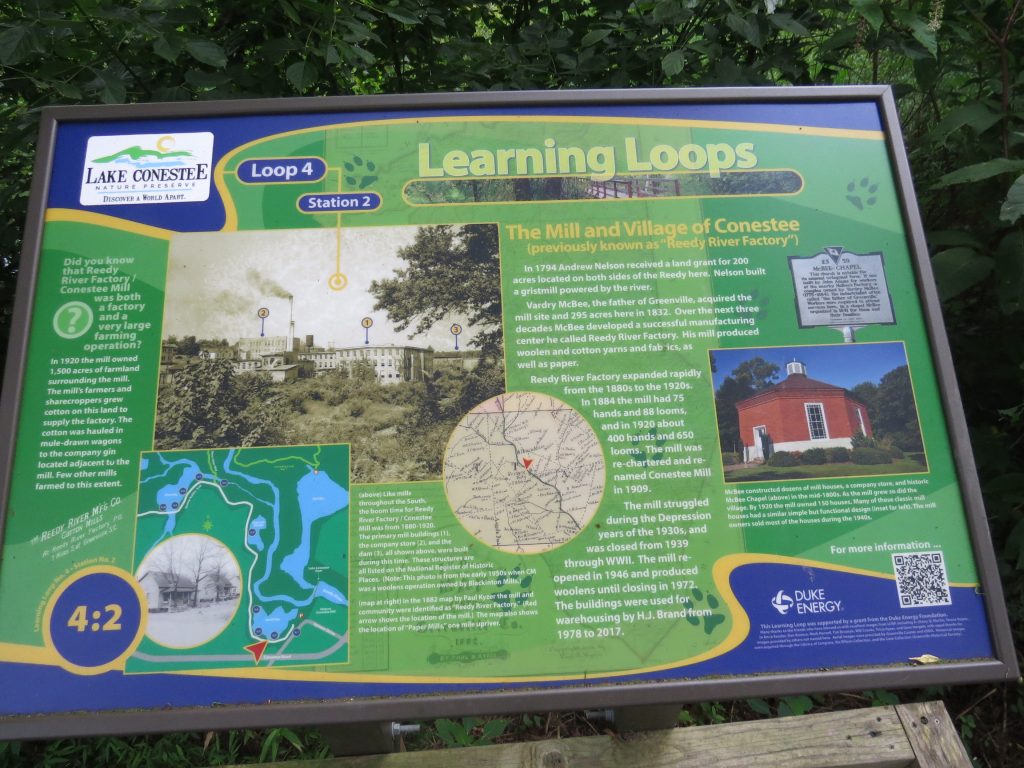 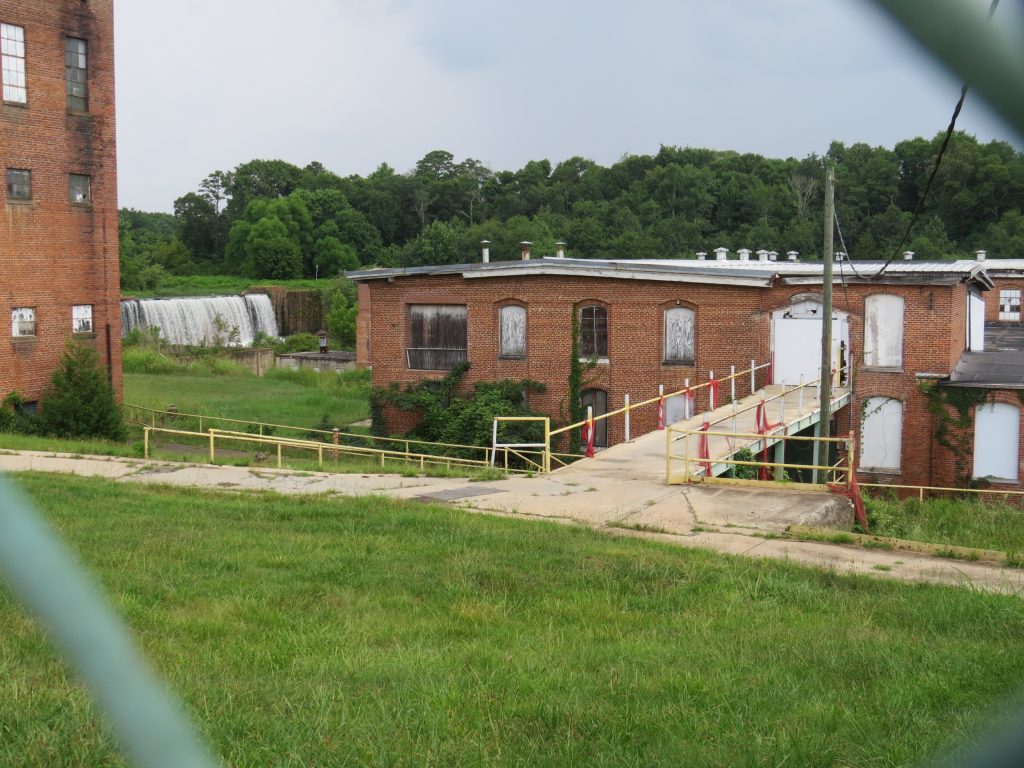 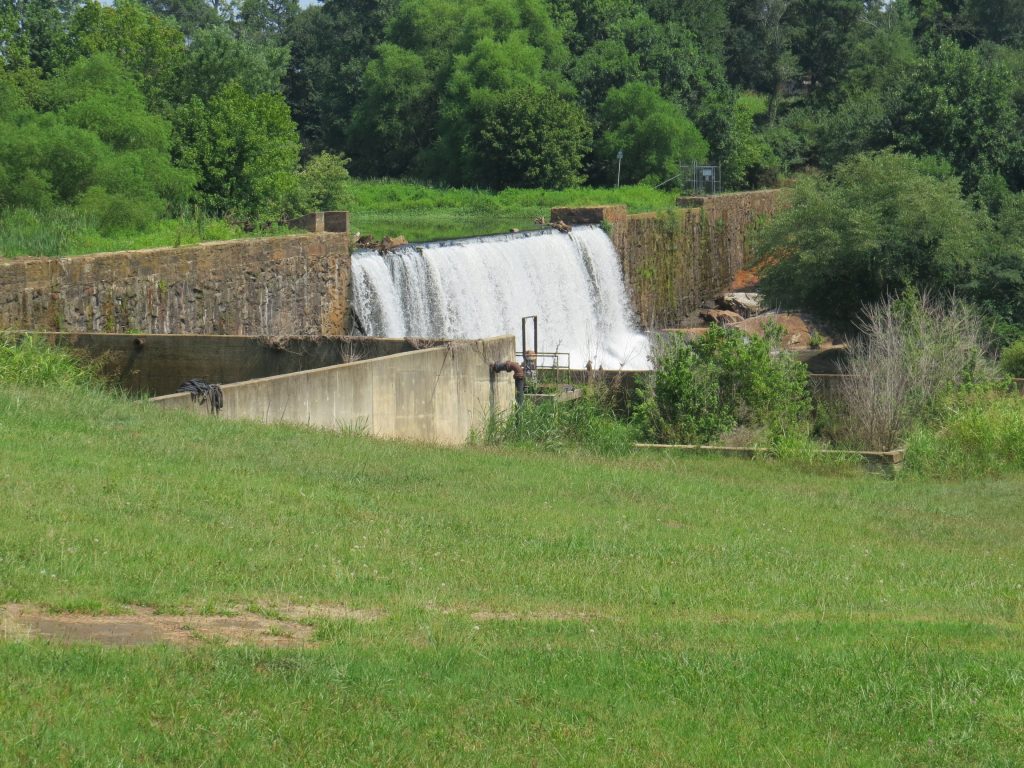 The nature preserve has both hardwood and evergreen forest, extensive wetlands and diverse wildlife. Deer, raccoon, beaver, fox, river otter and various small mammals inhabit the preserve, as well as numerous species of reptiles and amphibians. Three miles of the Reedy River runs through the area.

Considered one of the Upstate’s birding hotspots, more than 220 different bird species have been recorded there. Designated a wildlife sanctuary in 2016, Conestee Park Nature Preserve has been selected as an Important Bird Area of Global Significance by the National Audubon Society.

Activities allowed in the preserve include hiking, birding, enjoying nature and learning from interpretive signs, called Learning Loops, located throughout the nature preserve. Picnic tables are scattered throughout the preserve, as well. Bikes and dogs on leashes are allowed on paved trails only. 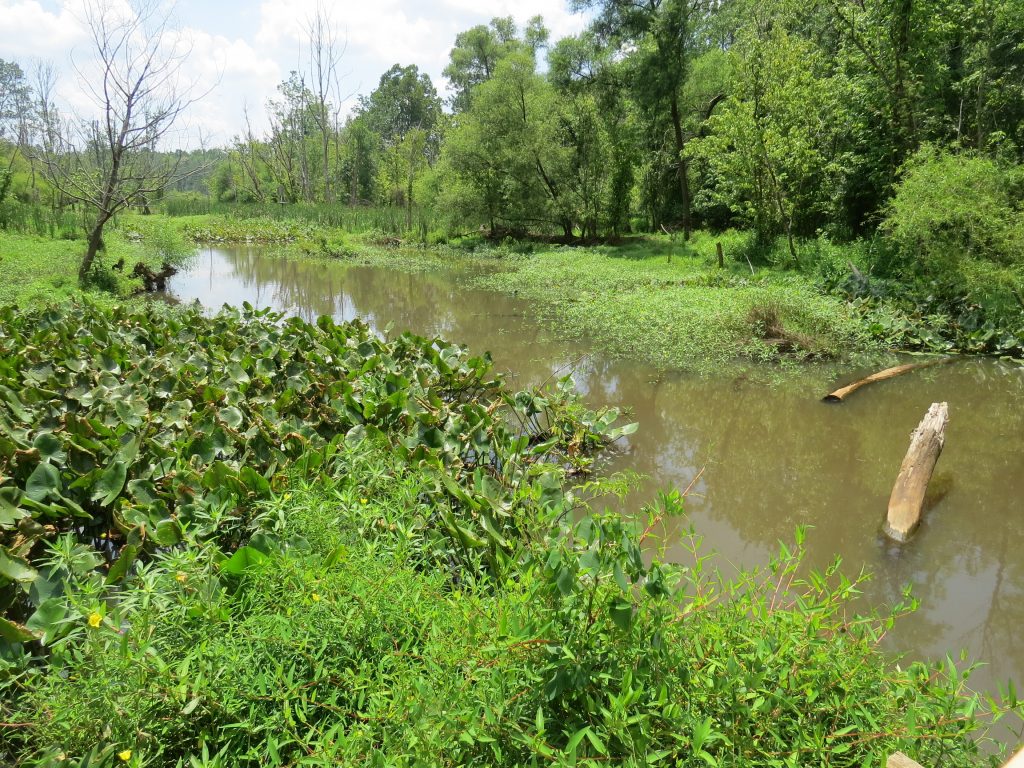 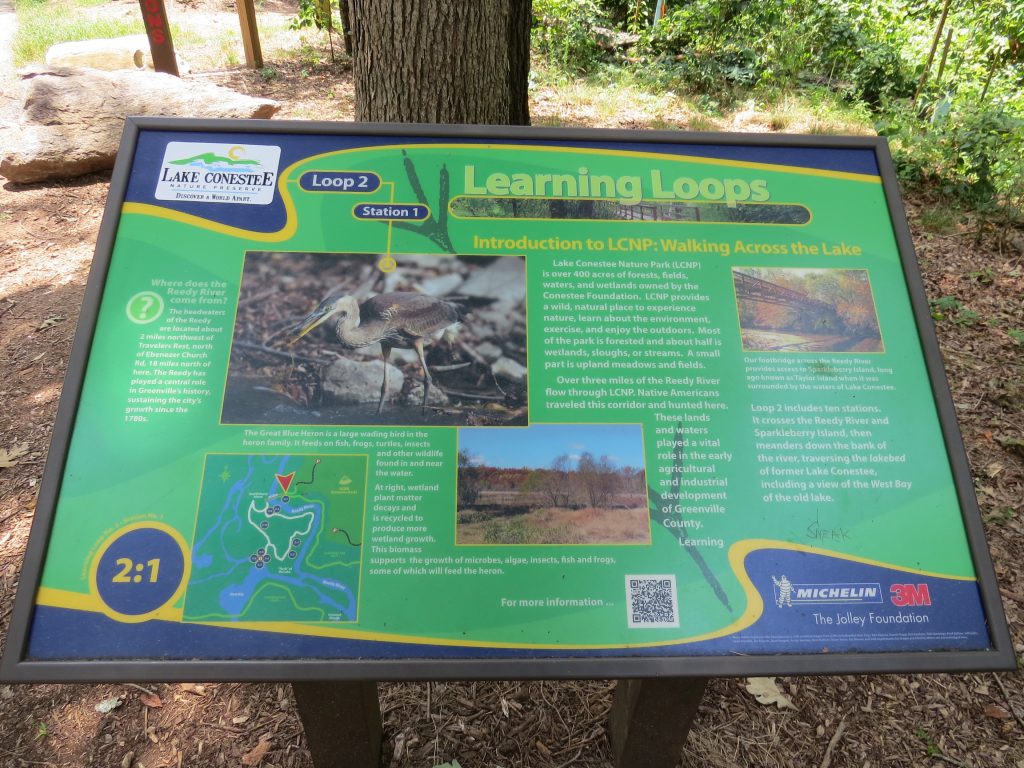 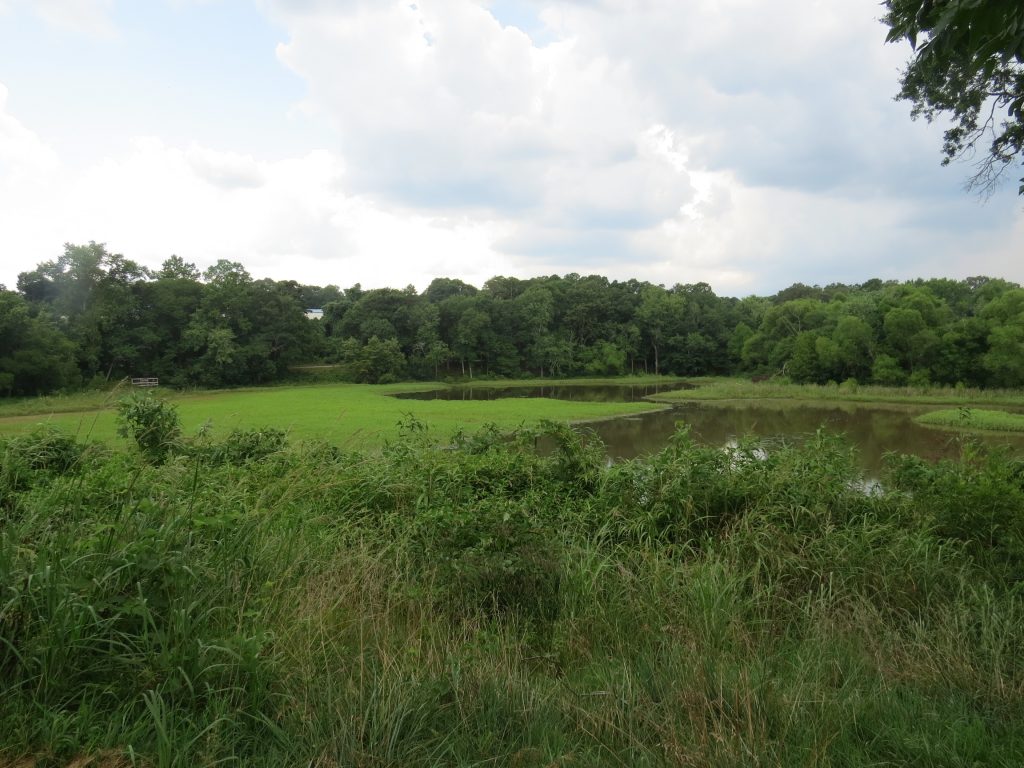 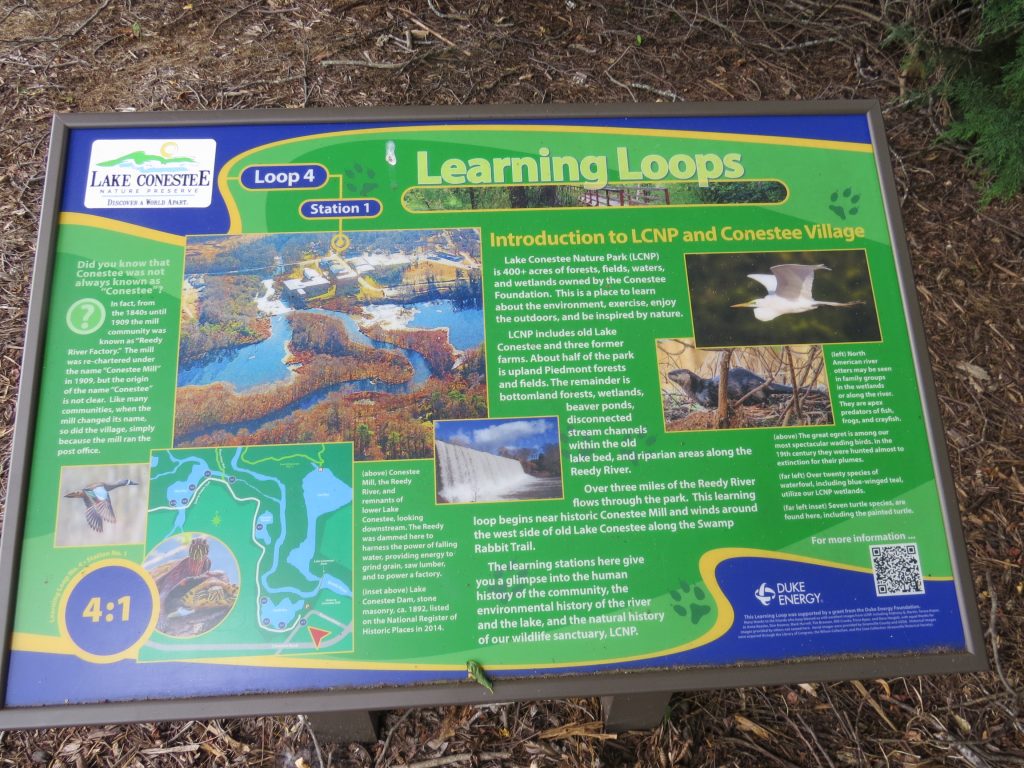 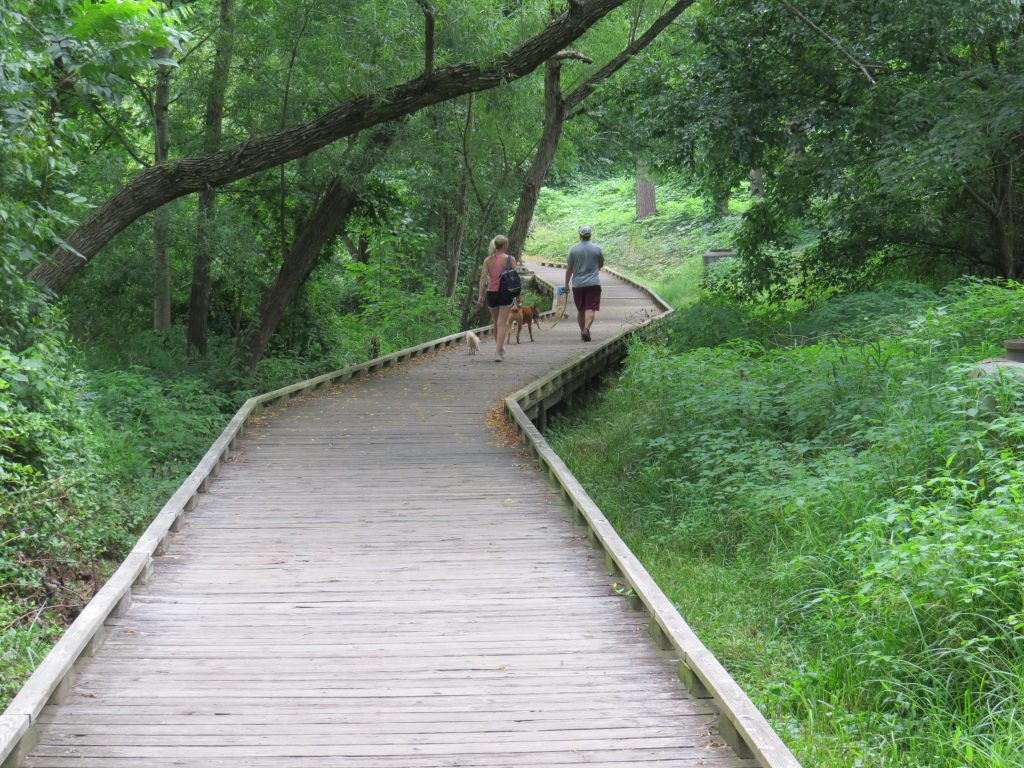 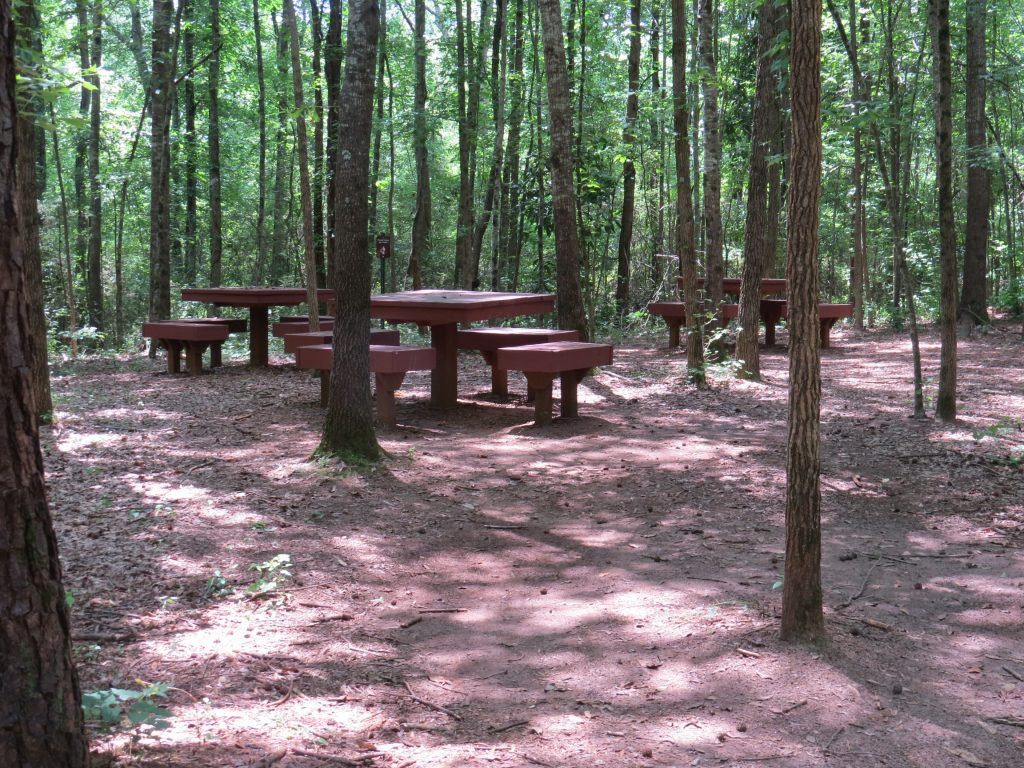 Cost: There is no fee to visit the preserve, but visitors are encouraged to consider a $3 donation per person which can be deposited in boxes located at two of the trail heads.