If you’re throwing a basketball tournament watch party this month, Kim Garrison’s Party Fajitas is the recipe for you.

A resident of Taylors, Garrison is a finalist in the Carolina Eats March Hoops Recipe Sweepstakes presented by Ingles. She visited WSPA’s Studio B kitchen to prepare her dish alongside Livin’ Upstate and Your Carolina Host Jamarcus Gaston and Ingles Chef Jasmin Queen.

Winner of the weight-loss reality television show, My Diet is Better Than Yours, Chef Jasmin teaches how to eat what you want by replacing less healthy food with better options. An Ingles Chef for the past four years, she shares her healthy swap tips at The Ingles Table.

Using ingredients from Ingles, Garrison showed us how she prepares her Party Fajitas, offering a twist on the use of Fajita Mix. Rather than adding water to the mix as directed on the package, Garrison sprinkles the mix directly onto the chicken and vegetables to make them spicier. 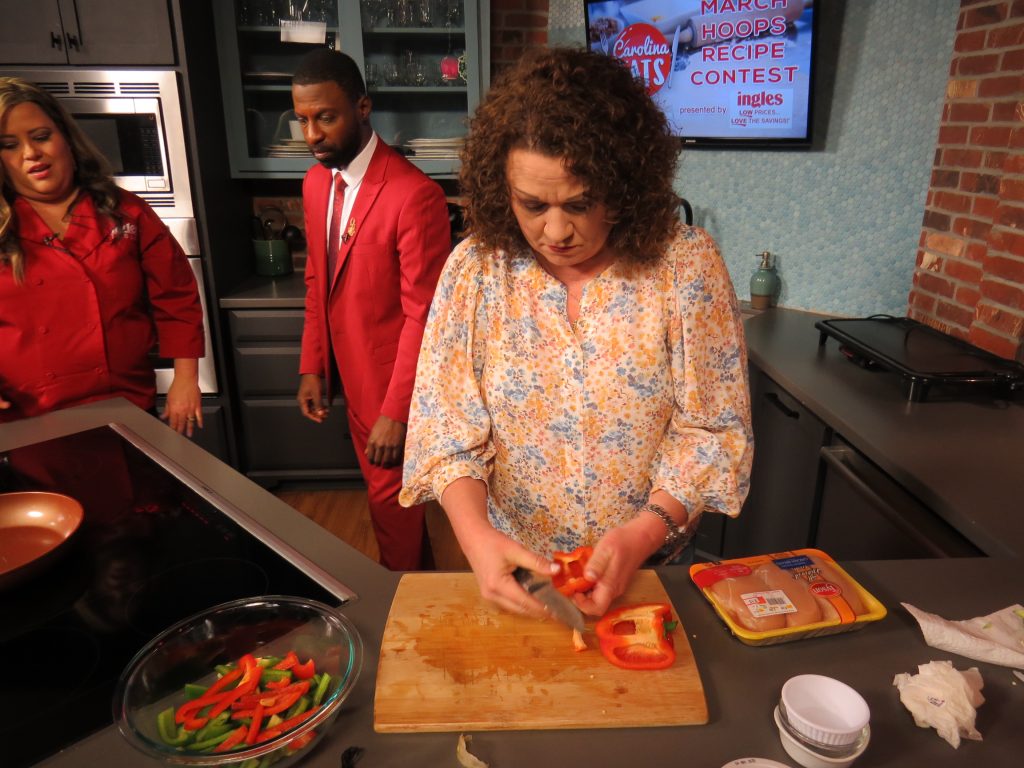 Kim Garrison of Taylors in the Studio B kitchen. 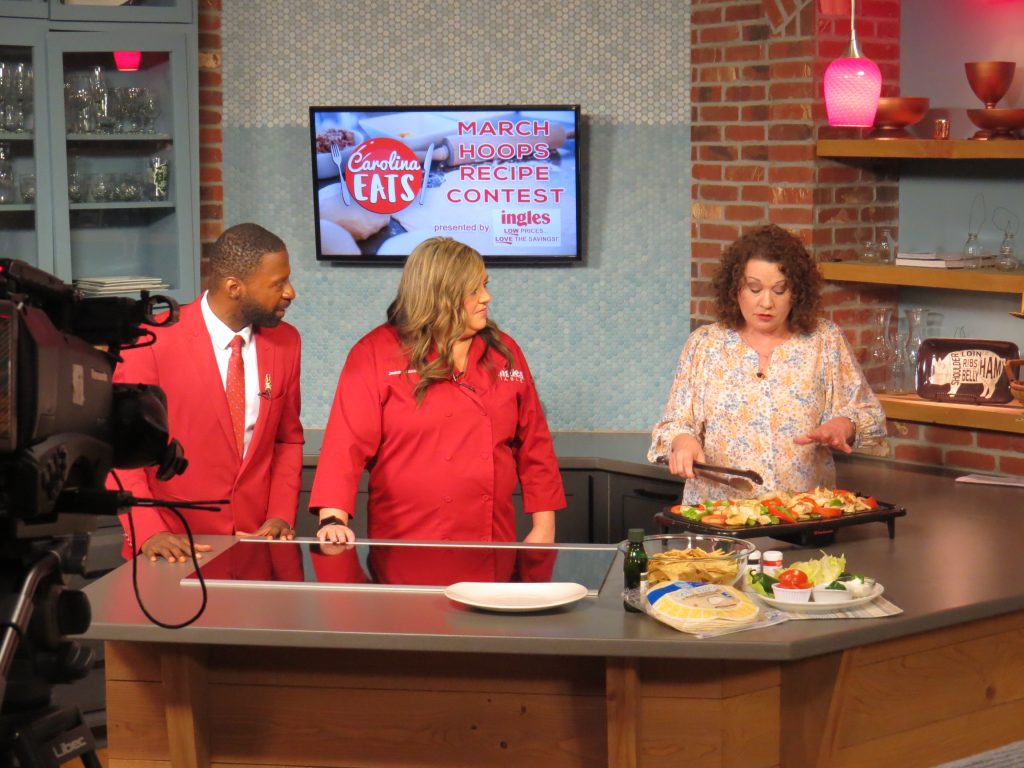 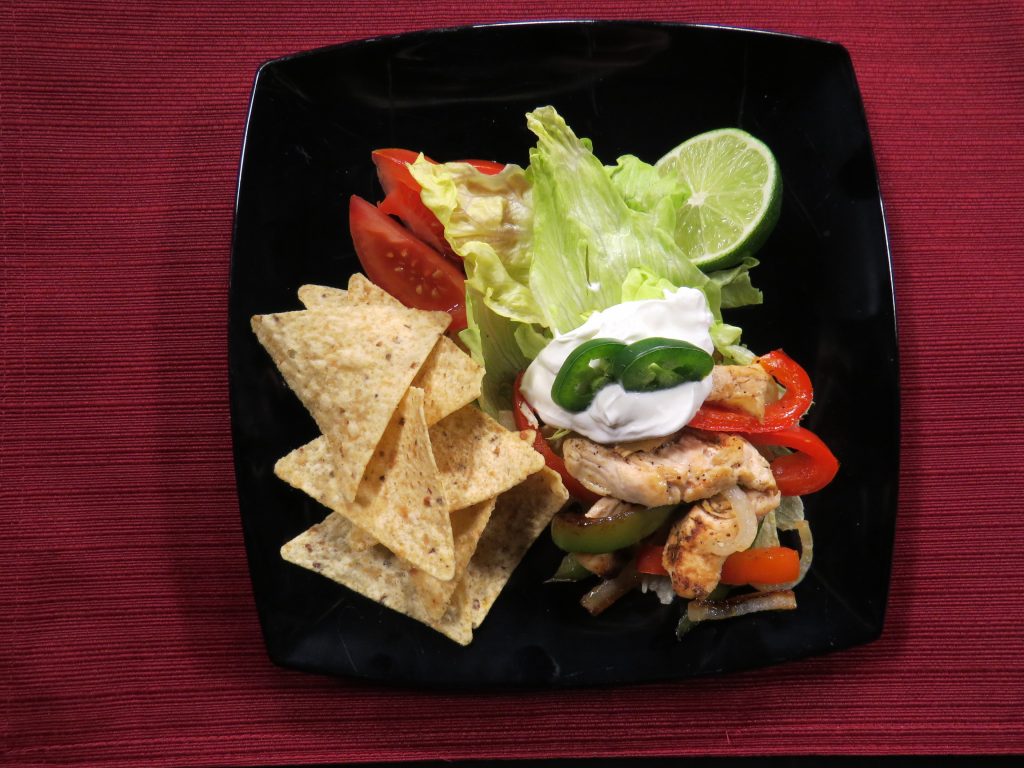