The Upstate spent a lot of time in the national spotlight in 2021, with Spartanburg, Greenville and Anderson all getting high praise as some of the best places to live, work or retire.

Jobs, natural resources and quality of life all contributed to the rankings and are reasons why the Upstate population is expected to grow by almost 400,000 by 2040, according to Ten at the Top. 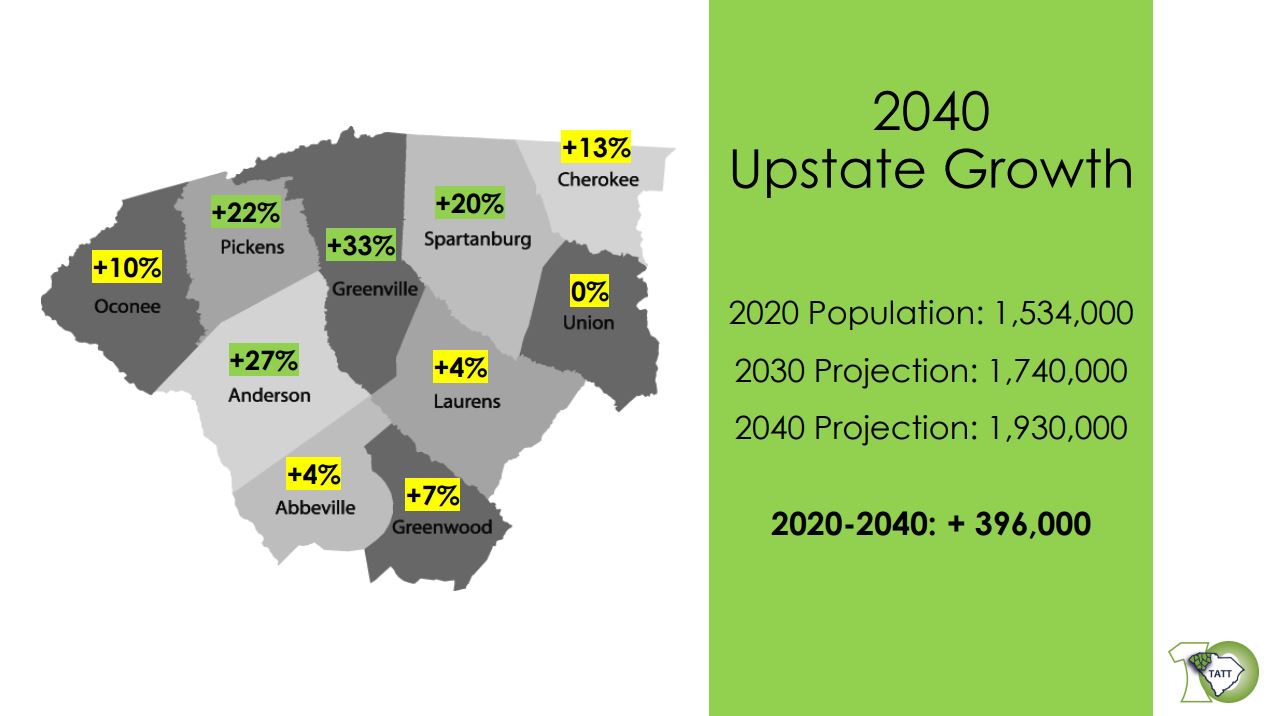 In August of last year, Spartanburg ranked first on U.S. News’ list of Best Places to Live in South Carolina.

U.S. News analyzed 150 metro areas in the United States to find the best places to live based on quality of life and the job market in each metro area. Other considerations were the value of living there and people’s desire to live there.

Not only did Hub City top the list in South Carolina, it also scored the following national rankings from U.S. News:

In October, Conde Nast Traveler’s 34th Annual Readers’ Choice Awards ranked Greenville No. 5 on the list of best small cities, moving up one spot from its 2020 ranking.

Condé Nast Traveler described Greenville as a foodie town with farm-to-table scenery. The area’s abundance of natural resources also was mentioned, including Falls Park and the Swamp Rabbit Trail.

Charleston ranked at No. 2 on the list, giving South Carolina two spots on the Best Small Cities in the U.S. list.

In December, AARP named Anderson one of the best places to live and retire.

AARP also pointed to Anderson’s affordability. With a median house price of under $250,000, Anderson residents spend an average of 32.3 percent of their income on housing, figures show.

AARP describes the vibe in Anderson as “Lazy days on the lake.”