There shall be no bunting, sliding, spitting or uncivil language. Players cannot wear cleats, the catcher cannot wear protective gear, and gloves, hats or other items may not be used to catch the ball.

These are just a few of the rules of Vintage Base Ball, and Upstate residents can get a glimpse of this 1860s-style contest when the Shoeless Joes take on the Georgia Peaches at Shoeless Joe Jackson Memorial Ball Park on Saturday, October 19, at 11 a.m. 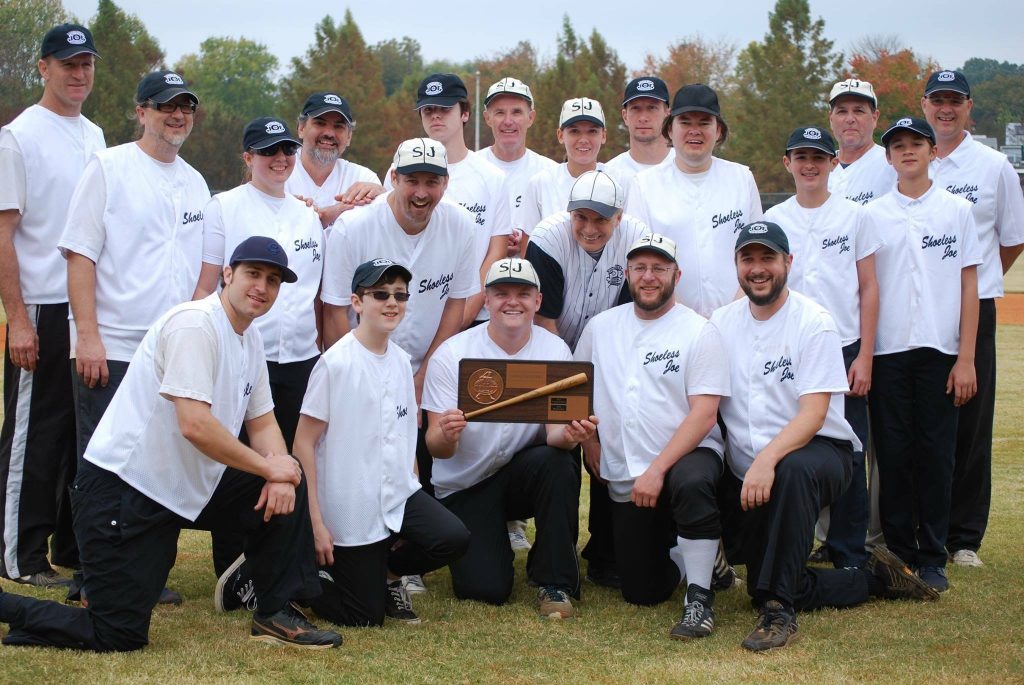 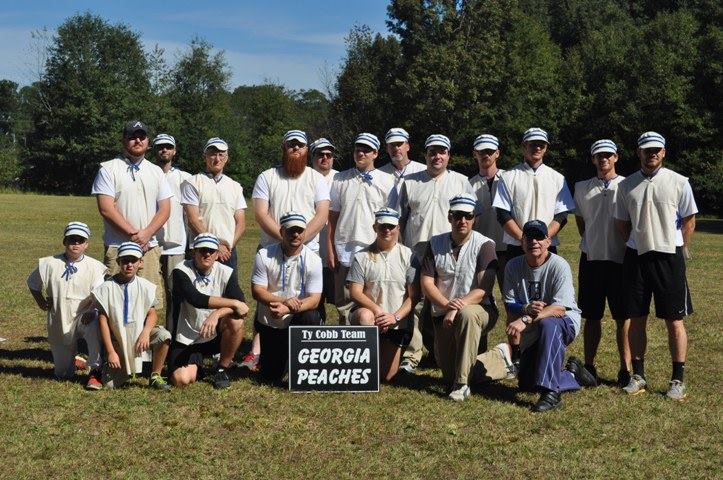 With less than 70 miles between them, the staffs of the Joe Jackson and Ty Cobb museums make sure visitors to one know about the other and about the competition between the two players.

Even though it was back in 1911, Joe Jackson still holds Major League’s highest batting average for a rookie at .408. And while .408 seems an incredible feat, Ty Cobb had a batting average of .420 that year. Jackson holds the third-highest career batting average in baseball at .356. Cobb is first at .367.

In later years when Jackson ran a liquor store in West Greenville, the former players’ paths crossed again when Cobb and sportswriter Grantland Rice stopped in the store. The story goes that after Jackson showed no sign of recognizing Cobb, Cobb asked Jackson, “Don’t you know me, Joe?” Jackson replied, “Sure I know you, Ty, but I didn’t think you would want to know me.” 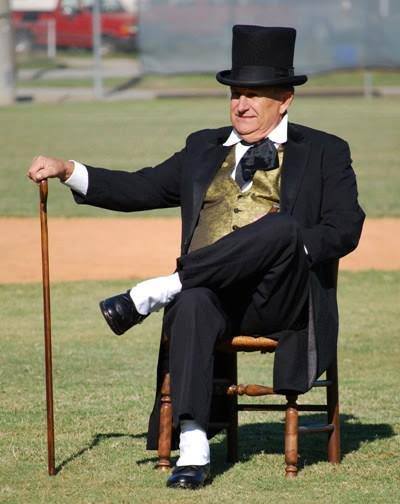 From pre-game entertainment to ‘The Judge’, aka the umpire who sits in a chair in the infield rather than standing behind home plate, everything at the Vintage Base Ball Games adds to the flavor of 1860s-style baseball, Wallach said.

“It’s a day of fun that is reminiscent of an earlier period in baseball’s history and an event that helps to keep the names and legacies of two great players alive,” Wallach said.

Spectators will recognize the game, but Vintage Base Ball rules are designed to be equalizers. For starters, the ball used in vintage baseball is larger and softer so it’s difficult to hit a 250-foot bomb, Wallach explains.

“Home runs don’t happen that often, so it takes some strategy,” Wallach said. “A batter is out if the ball is caught on the fly or on one bounce, so it’s best to hit line drives or ground balls.”

Here are a few other rules that distinguish Vintage Base Ball from today’s game: 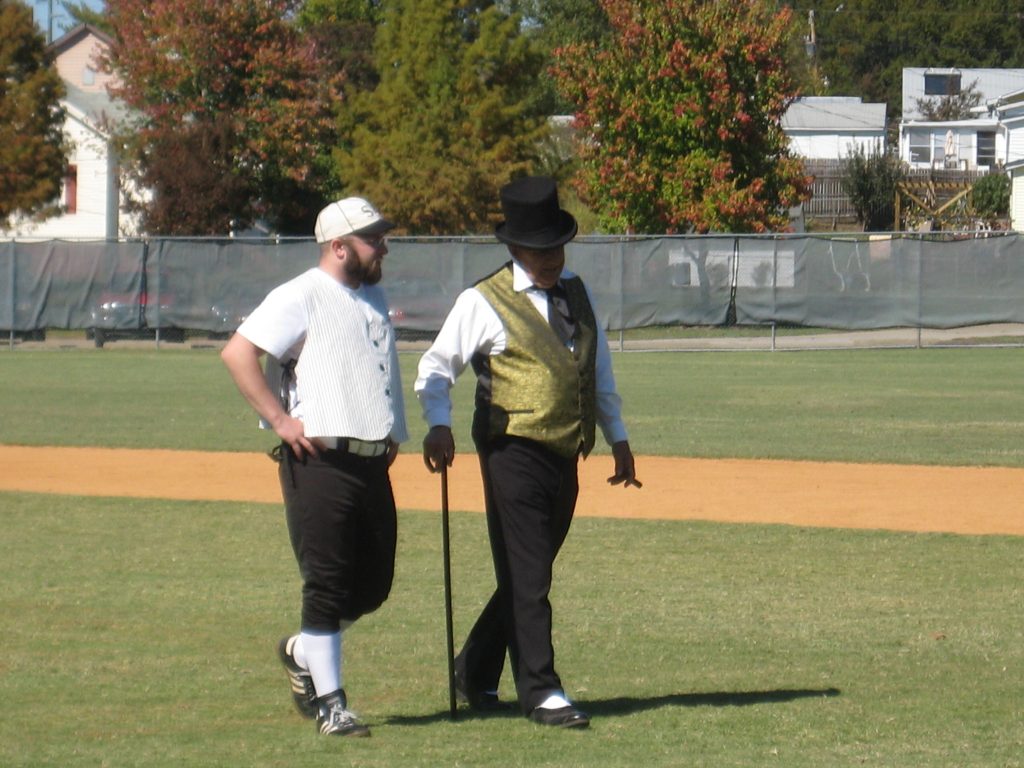 And here is a bit of Vintage Base Ball terminology to get you ready for the game:

The 11th Annual Vintage Base Ball Games kick off with pre-game entertainment by the Carolina Blend Barbershop Quartet, followed by the first game. Mark Pienkos, author of 1917-2017-One Hundred Years of White Sox Baseball, will be on hand after the first game to discuss his book, then a second game will follow. Wholy Smoke food truck also will be on site during the event.