Firefighting is steeped in tradition and that tradition is on full display at the Anderson City Fire Department Museum.

“We have a rich piece of history here at this museum – a lot of our firefighting history from the City of Anderson,” said Assistant Fire Chief Michael Guest, who along with AFD Public Information Officer Travis Poore took Anderson SC Living on a museum tour.

Built in 1985, the museum is located inside Anderson Fire Department Station 1 at 400 S. McDuffie Street. With the help of retired Anderson firefighter Billy McCullough, much of The Electric City’s firefighting history was uncovered and has been preserved at the museum for future generations.

“It started from four trucks in here, starting from the 1880s up to 1917,” Guest said. “Billy really took an interest and found a lot of these treasures that were hidden.”

One of the oldest items at the Anderson Fire Department Museum is a horse drawn ladder wagon from the 1880s. The museum also houses the city’s first motorized fire vehicle, a 1911 chemical truck, and pumper trucks from 1915 and 1917.

Other artifacts on display include a life net, or jumping sheet, that allowed people on upper floors of burning buildings an opportunity to jump to safety. There also are photographs of major fires in Anderson throughout the years. And several items have come from Anderson County residents who found their grandfathers’ fire department badges or helmets, and contributed them to the museum, Guest said. 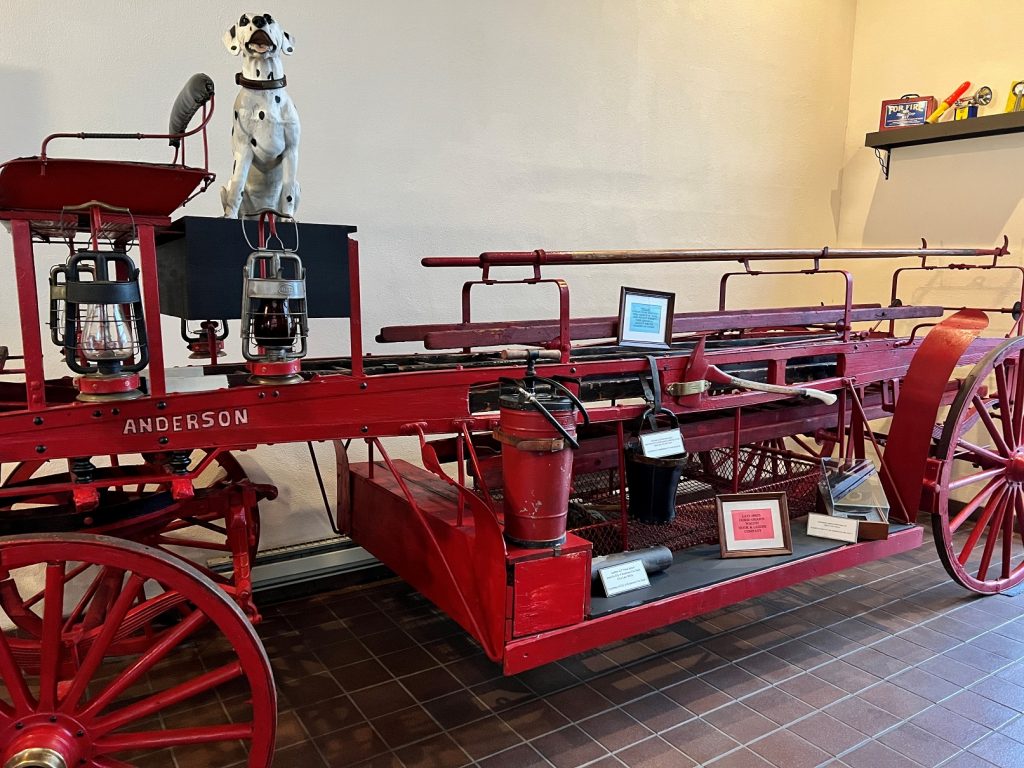 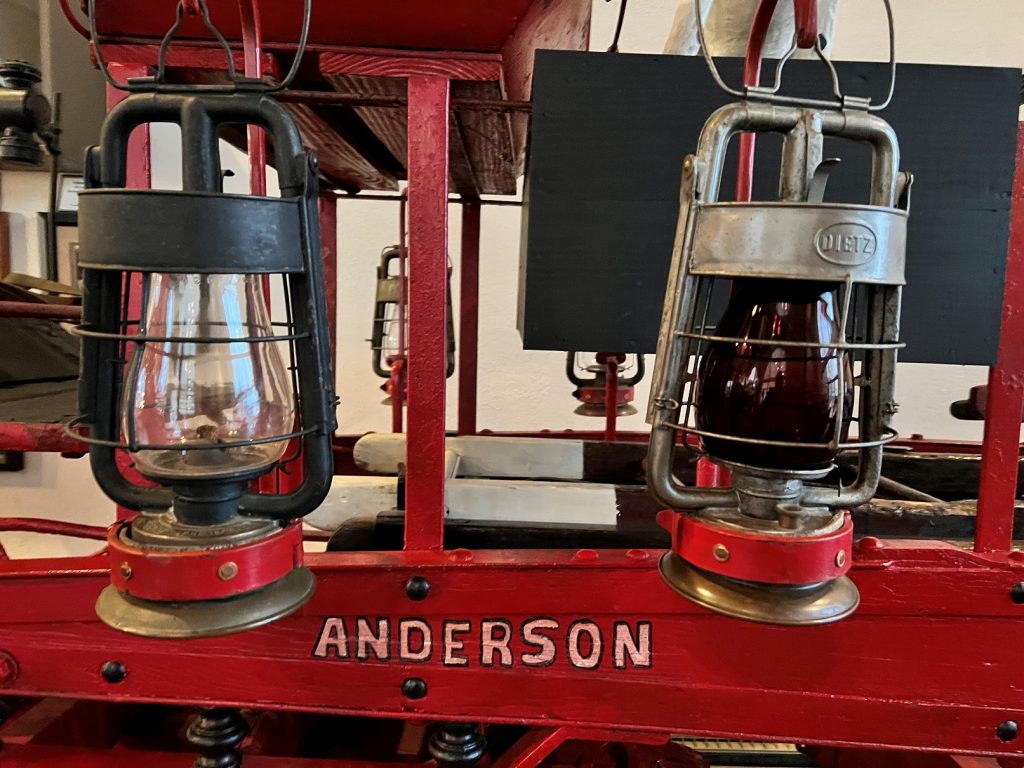 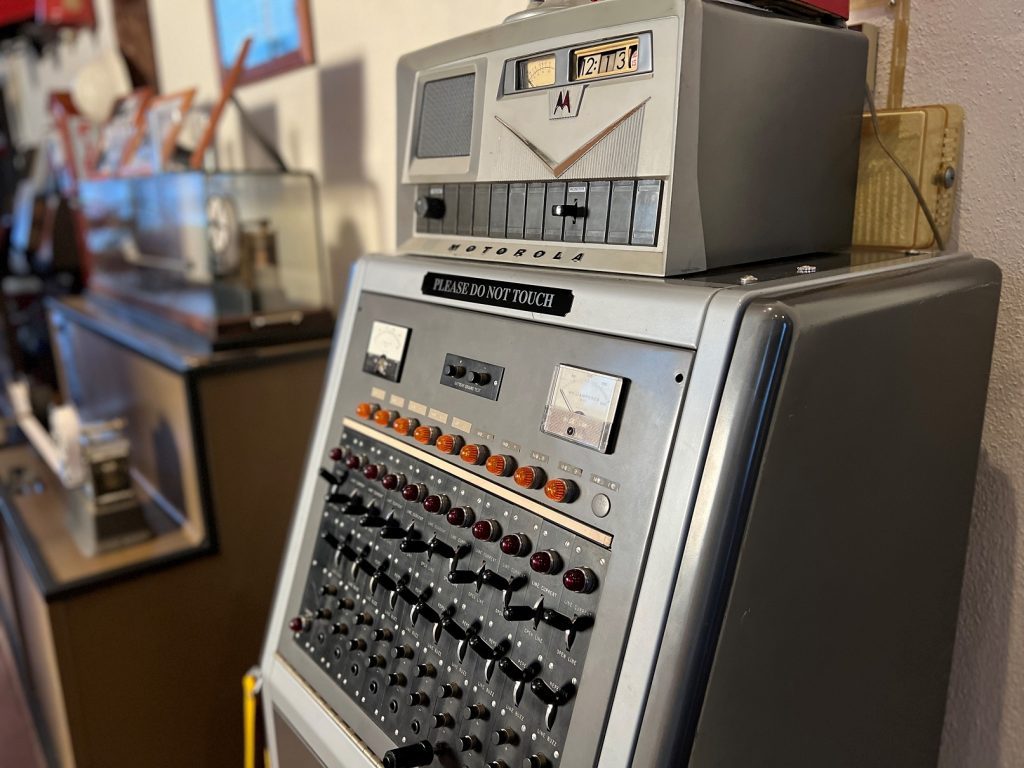 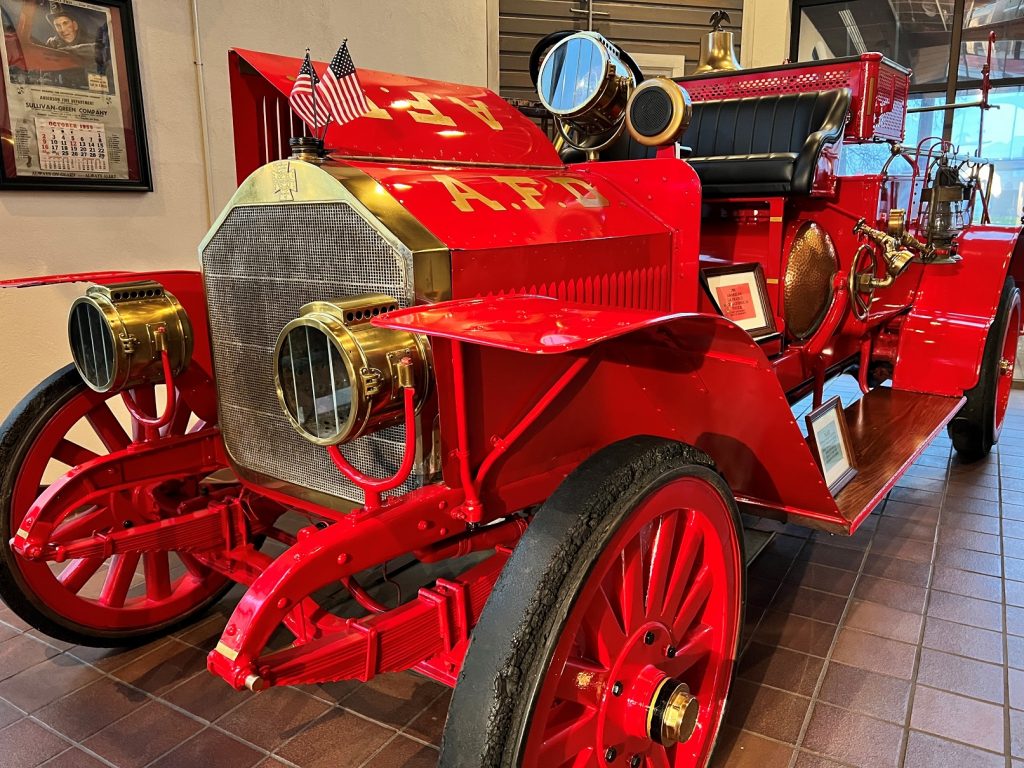 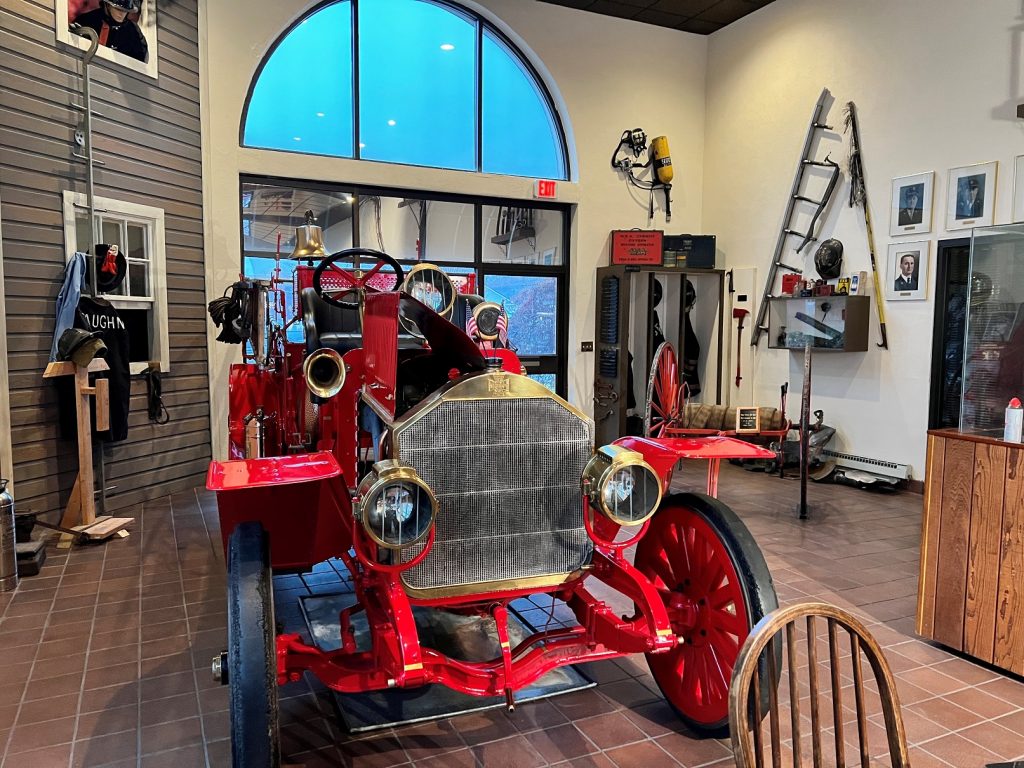 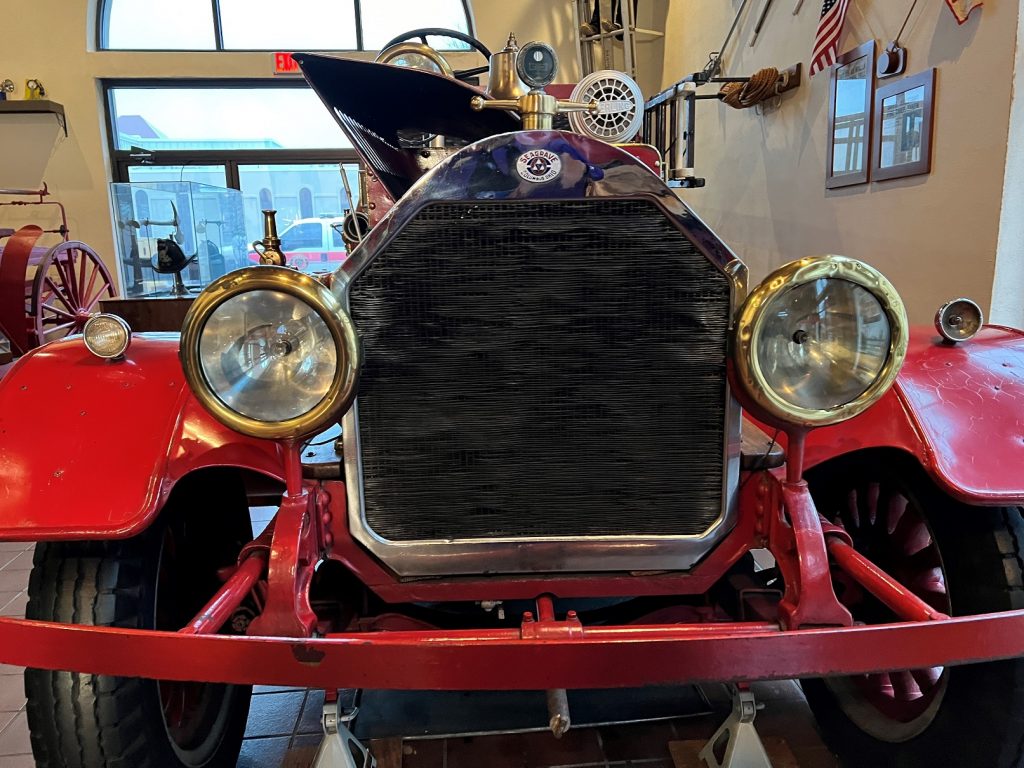 The museum also features items such as the Gamewell Pull Box. Essentially a telegraph system, pull boxes were used to alert fire departments in the late 1800s and early 1900s.

“If you had a fire at your residence, you would go to the nearest street corner, pull that Gamewell Pull Box and it would transmit pretty much a telegraph alarm to the fire station,” Guest explained. “The one we have here is box 415 and it was actually at the girls’ dorm of Anderson College.”

A special item on display at Anderson Fire Department Museum is a portion of a steel beam from the Twin Towers in New York City, which were destroyed by a terrorist attack on the World Trade Center on September 11, 2001. Beams were made available for the cost of shipping to fire departments across the country by the New Jersey Ports Authority.

“We display it proudly in our museum,” Guest said.

Anderson Fire Department Museum is open to individuals, families, school groups and others by calling (864) 231-2259. Admission is free.