Ghost stories interest almost everyone. We seem to have a fascination with the paranormal regardless of personal experience, belief, or skepticism. In order to complete the appeal and generate validity, a good ghost story must couch itself in history. That attachment to something real offers the listener a reason to believe.

In some cases, legends are attached to early stories from cultures which predate ours, perhaps the Native Americans, the Gullah, or the Scots-Irish for example. The roots of those tales grow up through time and societal shifts to appear again in new and different forms. Other times, paranormal stories may be attached to traumatic events such as historic military battles, crimes or tragedies.

Anderson County plays host to many haunting tales, some of which have persisted for more than a century. Two of the oldest ghost stories involve individuals who planned to stay only a short while but instead took up permanent residencies. The settings are two of the most historic buildings in all of Anderson County: The old Hunter’s Store in Pendleton, and the Hotel Chiquola in Anderson.

The haunting at Hunter’s Store

The old general store building in Pendleton, SC was originally built in 1850 by Jesse Lewis, though it came to be known as Hunter’s Store after the Hunter family bought it in the 1870s. Locals came here for dry goods, fresh meat, and seeds among other supplies which made it a one-stop shop for nearly every need. Upstairs was a small apartment, prepared in the event one of the store’s caretakers may need to stay the night. It was here that many believe the haunting of the store began. 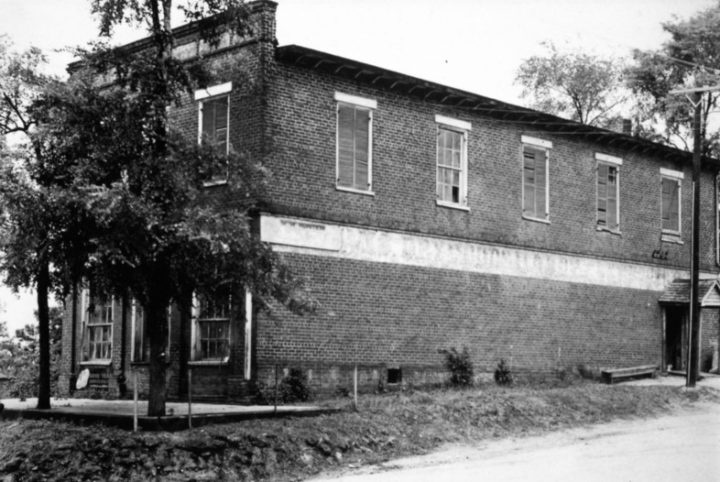 B.G. “Punch” Hunter, a descendent, told it something like this: An unidentified man had a little too much to drink one evening and set out to ride home. He fell off his horse and into the creek near Hunter’s Store, where he was found by some employees. They ushered the unfortunate soul up to the empty caretaker’s apartment and left him overnight assuming he would dry off, sober up, and be on his way the next morning. Being early spring no one expected the cold snap that came through that night. The poor man froze to death in the caretaker’s room lying near an open window, discovered the following morning. To this day, hand written notes have been preserved on one of the walls reading “May 19, 1894, Very Cold.”

Employees at the old Hunter’s Store have reported hearing footsteps and movement upstairs when no one else is in the building. They also hear things crash or fall down, but when they investigate there seems to be nothing out of place. While all the noises come from the second floor, all the sightings have appeared on the first floor. Employees reported seeing a man with brown curly hair and a beard wearing a black old-fashioned suit. He has been seen coming down the stairs and standing in corners or behind furniture. The ghost seems to be friendly, never having caused any harm, and employees tend to accept his presence as part of the job.

Rose Lummis and the Chiquola Hotel

While no one knows exactly who the Hunter’s Store “haint” was, we know a great deal about the person believed to reside at the Chiquola Hotel. Her name is Rose Lummis, and she came to Anderson as a nun of the Society of the Sacred Heart in January of 1900.

The Chiquola Hotel was built in 1888 on the spot where the two-story Waverley House once stood. The new hotel exhibited beautiful architecture and became one of the first hotels in the South to have electricity. The Chiquola offered fine quarters for travelers through the area, and established Anderson as a stopping point for most any route through the area. On occasion, spare rooms of the hotel were used for medical recovery prior to the building of the first Anderson hospital. 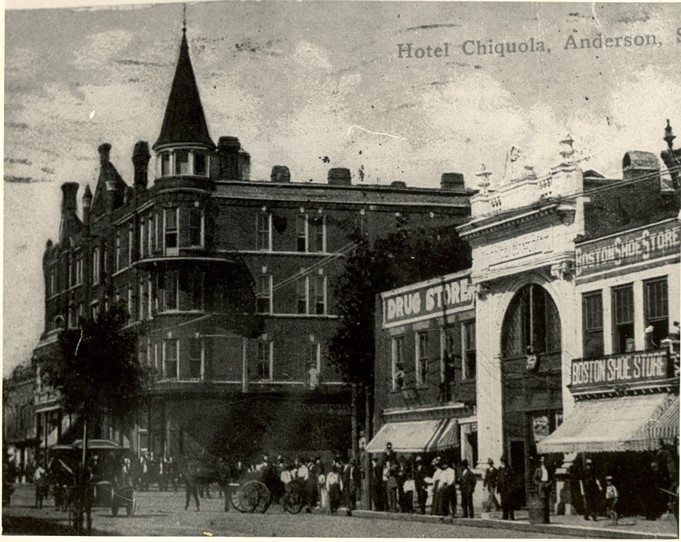 Rose Lummis traveled to the budding town of Anderson from her home in Sodus Point, NY. She was beloved by the people there and especially by children who knew her propensity for gift giving. Such generosity extended to education, where her heart for children inspired her to promote school construction throughout her missions.

In fact, Lummis’ hope for Anderson was to establish a Catholic school. She had borrowed funds from her order to build a similar school in Tryon, NC and reportedly claimed she would be unable to rest in her grave until the whole sum was repaid. After living in Anderson for only a few months, she died of pneumonia in March of 1900, still owing a portion of the funds. She was laid to rest in Silverbrook Cemetery where her grave may still be visited, though it is said she does a little visiting of her own.

In 1982, manager Howard Boles reported he noticed a woman in a white dress walking down a hallway that was being renovated. She rounded the corner and he followed to ask if he could help her find what she was looking for. When he turned the same corner there was no one to be found. All the rooms down the hall were locked, so the woman had just disappeared. Similarly, in 2007, a crew of workers completing repairs in the boiler room claimed they saw a woman in a white dress. They left immediately and declined to return and finish their work. The Society of the Sacred Heart traditionally wore black habits, but the sightings of a woman clad in white could still be related since white habits were occasionally worn, especially by those preforming nursing duties.

While it may be impossible to verify ghostly encounters like these beyond doubt, they do much in letting us know who we are. Ghost stories play on our shared history and the resulting imprints of the past on our present. While the line between fact and fiction is often blurred in the realm of the paranormal, it may be beneficial to view ghost stories as introductions to history; a starting point for investigating the places, people, and events of our shared past. 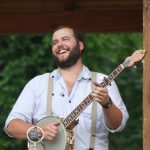 Curator of the Anderson County Museum since the summer of 2015, Dustin Norris holds a Master of Arts in History. His academic interest has always centered on Southern and Appalachian history, especially as it is represented in popular culture. His work at the museum allows Dustin to bring stories of Anderson County’s past to the residents of the present in an effort to preserve history, engage the community, and promote a culture of learning. In his time away from work, Dustin enjoys playing bluegrass and old time music or spending time outdoors.